Another One Bites the Dust?

Bringing the Marvel Cinematic UniverseWhen it first began in 2008 with a little film called Iron Man no one suspected the empire that would follow. Superhero movies in the past, especially those not featuring either Batman or Superman, were usually terrible. And yet, Iron Man would lead to a long series of successful films, launching the most successful cinema brand in history: the Marvel Cinematic Universe. to NetflixOriginally started as a disc-by-mail service, Netflix has grown to be one of the largest media companies in the world (and one of the most valued internet companies as well). With a constant slate of new internet streaming-based programming that updates all the time, Netflix has redefined what it means to watch TV and films (as well as how to do it). certainly seemed like a good idea. The heroes Marvel was discussing lending to Netflix weren't the A-listers, or even the C-listers. Comic fans might have heard of Dardevil, Jessica Jones, Iron Fist, and Luke Cage, but it's hard to say anyone was really hankering for these heroes getting their own shows or movies (especially after Ben Affleck ruined Daredevil). Netflix, though, would allow the heroes to verge outside the bright and shiny Marvel house style and maybe tell stories the MCU wouldn't tackle. 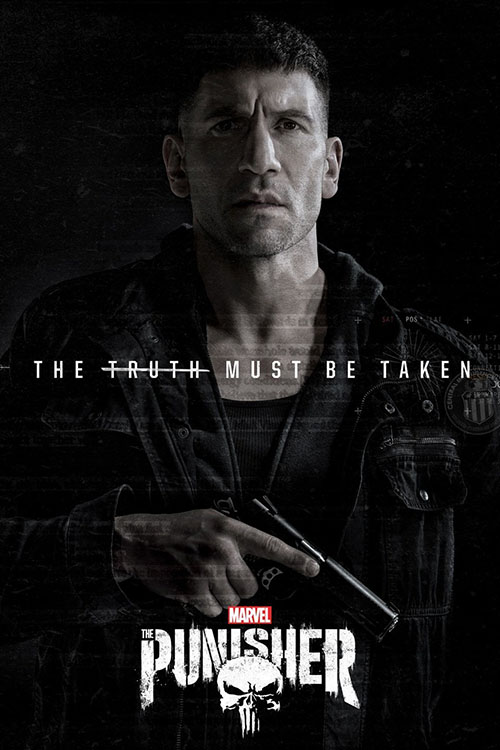 Certainly, from the outset, this plan seemed to work well. Viewers loved the first seasons of Daredevil, Jessica Jones, and Luke Cage. There was a bit of trouble brewing with the second season of Daredevil, an acknowledged "second season slump" that began here and seemed to affect each of the MCU/Netflix shows -- overly long plotting without enough story to really carry a 13-episode season. Of course, most people hated the first season of Iron Fist, and that show seemed to drag the big crossover event series, The Defenders down with it. By the time Jessica Jones and Luke Cage both had their second seasons, it certainly felt like the bloom was off the rose for this run.

It really didn't come as a surprise, then, when Netflix started canceling some of these shows. A planned second season of The Defenders was never even announced, leaving the inter-connected nature of all these shows up in the air. Then both Luke Cage and Iron Fist were knocked off, and while I enjoyed the second seasons of both these shows (and was eager for where they could go in the future), I had to admit the writing was on the wall. Many fans were truly sad when Daredevil then bit the dust at the end of season three, but even here I can't say I was truly surprised; season three was pretty good, but it never managed to reach the heights of the first season. It was a bit of a mess, frankly, and if Netflix felt like cutting their losses after that, I can't say I blame them.

Amongst all this, though, Netflix did spin out one new show from the ranks. Coming out of Daredevil's second season, where he served as one of the antagonists (an anti-hero, if you will), Netflix launched The Punisher. This is a character Marvel has tried adapting multiple time before, from the 1989 Dolph Lundgren film, The Punisher, to Thomas Jane's 2004 attempt, also called The Punisher, and Ray Stevenson's turn in 2008's Punisher: War Zone, and none of these films were any good. Jon Bernthal's turn as Frank Castle in Daredevil season two was the best live-action version of the character we'd seen yet, so it made a certain kind of sense for Netflix to spin him out.

That said, the Punisher is a complicated character; his whole modus operandi is to kill bad guys. When people complain about the violence in superhero media, the Punisher is often held up as the poster child for bad behavior. While other superheroes will kill as a last resort, Frank Castle's first (and only) resort is death. Conversations with the Punisher begin and end with a bullet, and in this era it's hard to think of a character harder to adapt for the screen. Remember, this is a show that had its premiere date delayed twice due to recent mass shootings all because Netflix didn't want to be accused of promoting gun violence since that's exactly how Frank Castle solves every problem. 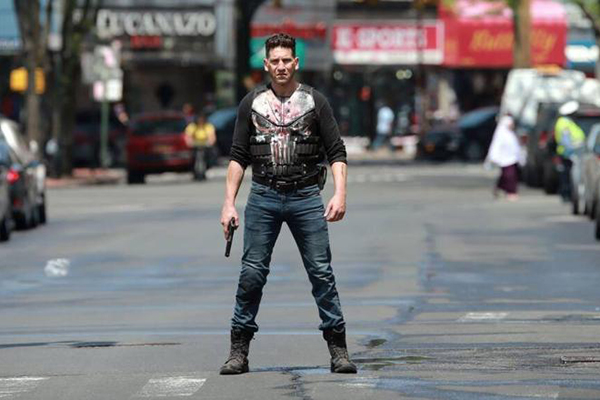 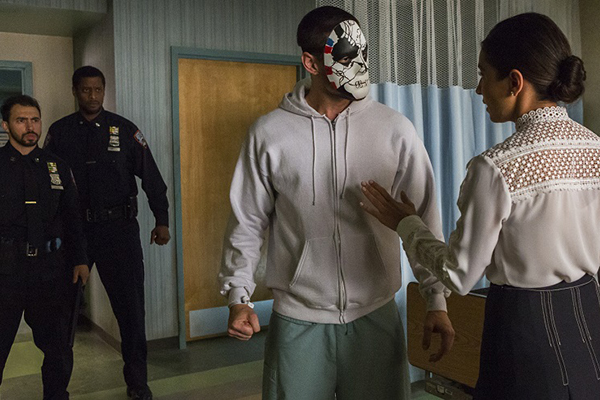 With that in mind, the first season of the show had to tread a delicate tight rope with the character. It had to find a way to make this sociopathic killing machine into a character that we either (a) could care about or, (b) at the very least realize that his solutions aren't healthy solutions. Thus they gave Frank a couple of friends to deal with, and a surrogate family to watch over, all while he went out on his nightly quest to get revenge for his own murdered family. To a certain extent it worked as it didn't feel like the show glorified violence (even as it wallowed in it). Better, the show accomplished the feat of actually putting Frank on some kind of path to redemption. Moving forward, maybe he wouldn't have to solve every problem with a gun.

That was a good direction for the first season, to be sure. The downside, though, was that the first season wasn't all that memorable. After watching it I had a hard time even remembering what happened (and I can still remember all the salient details of first season of Daredevil). It was entertaining while it went by on the screen, but there wasn't enough meat to the season to really keep me invested in the show. Bernthal continued to be great, playing the troubled shell of a human that is Frank Castle throughout the first season, but he was the bright point. Nothing else about the season really stuck in my brain.

Still, the hope would be that second season of The Punisher could continue Frank's path to redemption. Maybe they could find a way to make him into more of a hero character while still letting him cut the occasional bloody path across the television. The start of the season certainly seems to be headed in that direction: we see Frank, now just aimlessly drifting across the country, where he ends up in a backwater Michigan town, drinking at a country bar. There he meets a nice bartender, Beth Quinn (Amy Davalos), and the two get their own kind of sparks going. Their burgeoning love story is interrupted, though, by Amy Bendix (Georgia Whigham), a street grifter in way over her head when a squad of assassins show up to take her out. Frank gets involved, inserting himself between the hit squad and the girl, and before too long he's forced to fight, and kill, a bunch of the assassins to save the girl.

If the show had continued following down this path (for a reduced season order of 8 or 10 episodes, not unlike the second season of Iron Fist), I think this story could have been interesting. Strip Frank out from New York, plunk him into a new place that doesn't know him, and force him to deal with a whole underground criminal element trying to take out Amy. It allows him to be hyper-violent while still acting as the hero. Instead, the show decides to backslide and ruin all the great progress Frank was making. 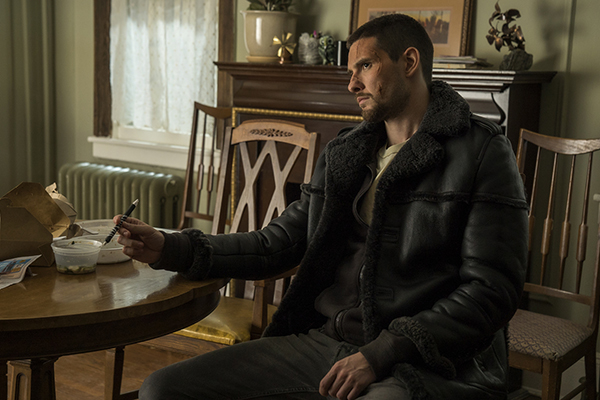 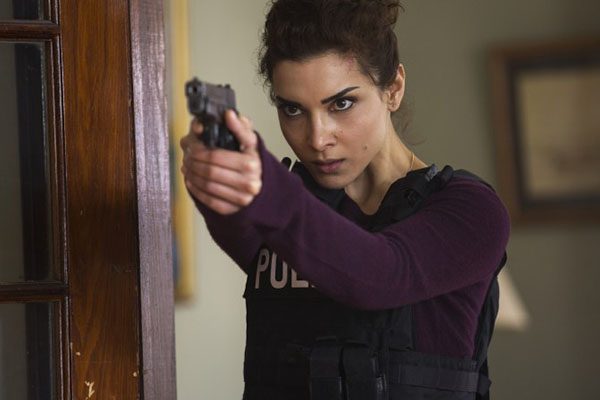 While Frank is off playing Michigan protector, the villain from the first season, Billy Russo (Ben Barnes), wakes up. As we're reminded (which is a good thing since I didn't remember him at all), Billy was Frank's best friend, but he was also part of the hit squad that killed Frank's entire family (and left Frank very badly wounded). Frank eventually got his revenge on Billy, beating him to a pulp and destroying the guy's face, leaving him permanently scarred for the rest of his life. Billy barely remembers anything from the last ten years, but he still wants revenge against Frank. This drags Frank back to New York (with Amy the grifter in tow) so he can find Billy and end this villain once and for all.

By moving Frank back to New York it does a few things that ruin the character's progress. For one, it removes him from the nice bartender lady, severing that connection. Instead of letting Frank grow his humanity by being with a woman that actually might accept him for who he is, the show allows Frank to become emotionally disconnected. He turns back into the monster he always was, as one-note and basic as that character may be. We've already seen the socipathic version of Frank (through one season of Daredevil and most of the first season of Punisher, so letting him fully backslide to that place again ruins his progress.

Then there's the fact that Billy Russo just isn't a very interesting villain. The show really wanted to position him as a mirror image of Frank -- Billy essentially made Frank into the Punisher when Billy killed the family, and then Frank made Billy into his own kind of monster at the end of first season. Each is on their own bloody quest for revenge, and they're working against each other in the process. Sadly, Barnes is nowhere near as interesting an actor as Bernthal, so Billy Russo ends up being a pale imitation of The Punisher. Instead of being an out of control animal, Russo just comes across as damaged and kind of pathetic. He's not a worthy foe for the Punisher no matter how much the show tried to position him otherwise.

Russo sucks up so much of the runtime, though, that the other villain of the season -- John Pilgrim (Josh Stewart), leading of all those assassins from the Michigan segment of the season -- barely gets any air to breathe. He's positioned as another equal for Frank, but then disappears for whole swaths of the season. He actually is a pretty compelling character, one who really does give Frank a run for his money when the two are allowed to interact, but because the show is more interested in Russo than Pilgrim, the latter never really becomes the force he should be. 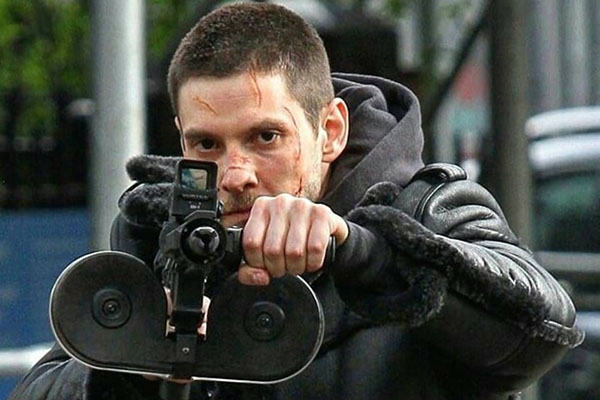 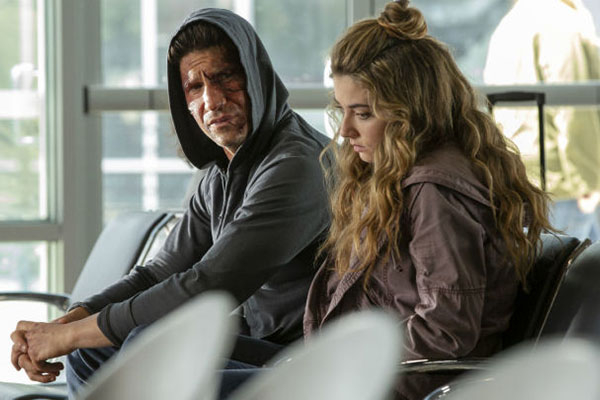 Having sat through the whole season, I really just wish the producers could have taken the show in a different direction. The first three episodes of the season, all set in Michigan, are great and if the season could have just followed that path I think it would have been so much better. Instead, we get trapped in a familiar story with less-than-interesting villains. By the end of the season, Frank is back where he started all the way in the second season of Daredevil. In the last shot we see of him, he's cutting a bloody, unfeeling swath through the criminal element of New York once more. Everyone around him has had growth but Frank hasn't moved one tick. He's the main character and he hasn't grown at all. That's a real problem.

Considering the moves Netflix has made, I doubt The Punisher is going to get a third season; the second one just wasn't good enough to warrant it. If, by some miracle, it does come back for a third, the production team really needs to find a way to get Frank to grow and become a more fully realized person because, right now, his repetitive shtick if wearing thin.