I'll be honest: I'm not a huge fan of the recent MCU Black Panther film. Although some might say it's because I'm not black, I don't know if that's entirely the case. 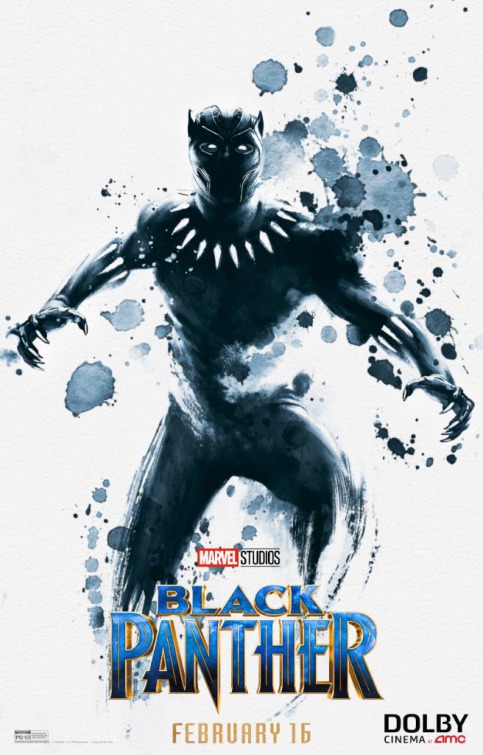 I mean, sure, I'm a pretty damn jewey white guy, so I'll grant that I don't get that feeling of "representation" that African Americans would from the character. I don't argue that. But then there are other characters that have appeared on the screen that I don't feel are representative of me -- I deeply enjoy Wonder Woman (comics and movie) despite not being female (nor an Amazon) and I dig all the various incarnations the Green Lanterns despite not being an extraterrestrial (nor am I in anyway as deeply charismatic as Ryan Reynolds, but then, who is?) -- so while I might not have a stake in if Black Panther was a success, I don't think it comes down solely to him not representing me somehow.

Put another way, if the movie had been about a Jewish protector of a nation/city hidden in the Irish countryside, I would still have evaluated it the same way I did Black Panther because my issue was not in the setting, or most of the characters, or the story, but with the main character. He's just soooooo boring.

Seriously, look at T'Chala's arc in Black Panther. He's the prince-turned-king who has to fight off a force from outside so he can re-earn his place on the throne. This isn't rags to riches, which in a way is how the most recent Spider-man, Homecoming played out (poor kid gets generous benefactor and learns to be a true hero). T'Chala already has his riches, his powers, and his suit. Hell, he didn't even earn them the first time in this movie -- he got everything in Captain America: Civil War when his father died in that film.

Honestly, he had more of an arc in Cap's third movie that he did in Black Panther and he wasn't even a main character in Civil War (he was barely a secondary character). Essentially he's already a fully-formed hero and yet Black Panther kinda-sorta edges around being an origin story. It wants the story to be able how T'Chala earns his powers, his suit, and his throne -- a classic origin story -- when the character already gained all those things before the first frame of Black Panther even begins rolling. It really doesn't work. 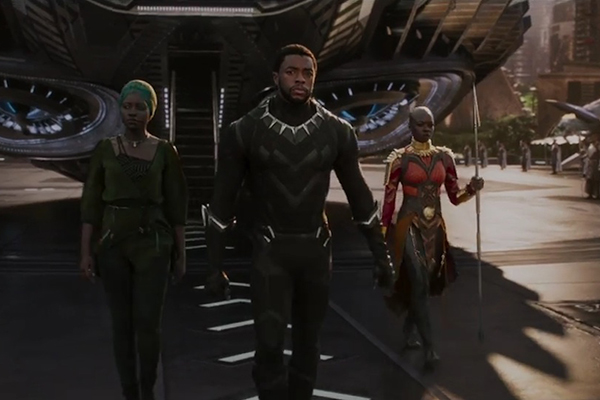 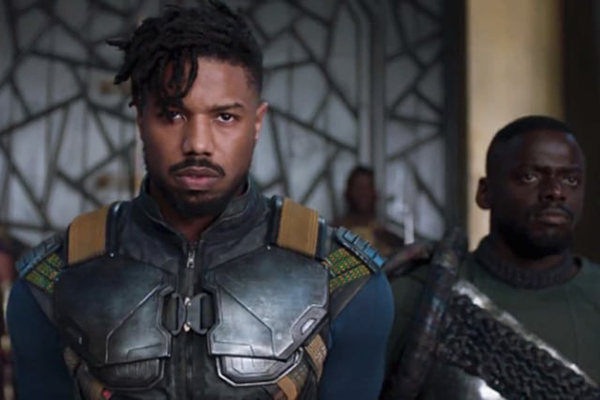 I think some of that is because Chadwick Boseman is just not very charismatic in the role. He always seems so straight-laced, so uptight as T'Chala, as if he's playing to the royalty side of the character and not the superhero. The Marvel Cinematic UniverseWhen it first began in 2008 with a little film called Iron Man no one suspected the empire that would follow. Superhero movies in the past, especially those not featuring either Batman or Superman, were usually terrible. And yet, Iron Man would lead to a long series of successful films, launching the most successful cinema brand in history: the Marvel Cinematic Universe. is filled with quippy heroes cracking wise as they're kicking ass, but I'm pretty sure I didn't crack a smile at anything Boseman said. T'Chala just isn't an interesting character in his own movie.

It's sad, too, because everything around Boseman and the Black Panther character is great. Wakanda, T'Chala's technologically-advanced home kingdom, is an interesting place; I loved how it was designed, how it felt like a lived in, real kingdom. It has an interesting tribal-futurism to its style that makes it feel alien while still very much a part of the African artistic vibe. It certainly doesn't feel realistic (in that I don't think any nation like this could exist for real), but it is very cool looking.

All the side characters that populate Wakanda are really well thought-out and acted as well. T'Chala's sister, Shuri (Letitia Wright), was a stand out for me; smart, capable, and sassy in all the ways an MCU character is supposed to be (which, again, made Black Panther seem so staid by comparison). M'Baku (Winston Duke) was also a great character, leader of the Dora Milaje warrior-tribe, and he exuded all the toughness and charisma I expected from Black Panther (and didn't get from Boseman).

Of course, the best character in the movie was Killmonger (Michael B. Jordan), an American soldier/mercenary with ties to Wakanda who then becomes the evil Black Panther part-way in. His whole arc is as claimant to the throne, a title he feels was taken from him when his father (who also had claim to the throne) was killed early in Killmonger's life. His battle with T'Chala, his wining the throne, and his actions afterwards feels like the movie trying to paint a character as a villain when, in just about any other movie, he'd be the hero. Rags-to-riches, with the motivation to help all black people (and not just Wakanda). 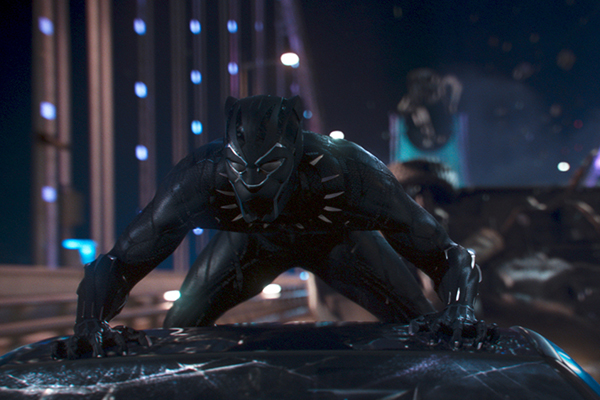 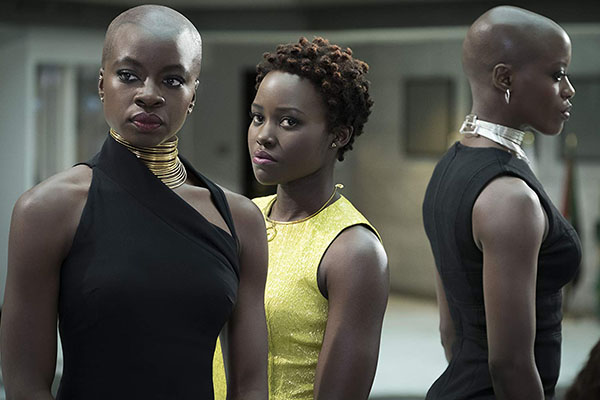 Which, really says something about the plot of the movie: Killmonger has an arc but T'Chala does not. Killmonger has reasons to want the throne (to do things with the power of Wakanda across the world) while T'Chala seems like he wants the throne because it should be his. Killmonger is also more interesting and better acted while, again, Black Panther is just kind of... there.

Plus, let's be honest, this is just yet another movie where the hero has to fight an evil version of themselves. If you go through the MCU, there's a whole lot heroes fighting their own evil selves: Iron Man/Iron Monger, Hulk/Abomination, Iron Man/Whiplash, Captain America/Red Skull, Ant-Man/Yellow Jacket, Doctor Strange/Kaecillus, and then Black Panther/Killmonger. Marvel and DC are both guilty of this (how many times, on TV, has the Flash fought an evil speedster, or Supergirl fought an evil Kryptonian?) but there's an awful lot of this in the MCU and it would be nice if, when a new hero is introduced, we didn't have to see them fight their evil versions (just look at Spider-Man: Homecoming for an origin story where the hero doesn't effectively have to fight himself).

If this were a Blaxploitation movie there's a good chance T'chala would have had Killmonger's back-story and, five-to-one, he wouldn't have been fighting another black guy but a whole bunch of white dudes. And, I gotta say, that movie would have probably been way more interesting. I'm hopeful Boseman grows into the role and Black Panther becomes a more interesting hero. Since he's getting a sequel (despite the character's apparent death at the end of Avengers: Infinity War) there will be time for the character, and the performance, to mature. If they can just get the character to rise to the level of the supporting actors and the setting, Black Panther 2 could really sing.