For years, people have been clamoring for a Black Widow movie. Scarlet Johannnson has grown her character from a bit a eye candy over in Iron Man 2 to one of the most dominant and beloved characters in the whole of the Marvel Cinematic UniverseWhen it first began in 2008 with a little film called Iron Man no one suspected the empire that would follow. Superhero movies in the past, especially those not featuring either Batman or Superman, were usually terrible. And yet, Iron Man would lead to a long series of successful films, launching the most successful cinema brand in history: the Marvel Cinematic Universe., this despite never getting her own central movie. Fans have cried out, again and again, for the character to get her own solo adventure, but it seemed like Marvel didn't have any interest. Only recently was the script writing process begun, and who knows if that will go anywhere.

Yet even that move seemed unlikely, that even a script would never be commissioned for a theoretical Black Widow film. That is until Fox essentially released their own take on the idea, a film about a Russian-trained female assassin. Dubbed by all as Fox's take on Black Widow, the film was expected to be a poke in the eye for Marvel. "Think a film about this character wouldn't work? Don't see audiences flocking to the film? Well we'll show you it can be done." To the film's credit the movie is more than just an off-brand Black Widow, but it's easy to see Fox having this thought process, and then marvel scrambling afterwards because they suddenly have to find a way to slot their own version into their schedule.

If it's not really a Black Widow film in all but name (which it really isn't) then just what is Red Sparrow all about? Based on the 2013 novel of the same name (although I haven't read the book so I can't attest to how different from the source material the film gets), the basic story is superficially similar to Marvel's super-heroine. Dominika Egorova (Jennifer Lawrence) is a talented ballet dancer for one of the premiere companies in Russia. However, a bad tumble on stage shatters her leg and ends her career. Forced to find some other way to support herself and her ailing mother, Dominika gets embroiled in her uncle's work: she becomes an agent for the Russian state. Trained to be a cold-blooded assassin, a chameleon that can blend into any situation, give anyone they're working over anything they want before the mark even knows it, she becomes one of Russia's most power agents: a Sparrow.

Sent to Hungary to track down information on a Russian mole, Dominika has to work over the mole's U.S. CIA contact, Nate Nash (Joel Edgerton). What they follows is a series of crosses, double and triple as well as quadruple, before the mole is revealed, all leading up to the real question: who is Dominika really working for? The Russians, the US, or herself? her plans remain a secret until all the cards are on the table and her real plan is revealed.

So yes, why the plot of the movie could easily have doubled as a story for a Black Widow film, the substance of the movie goes to places a Disney-Marvel venture would never veer towards (sorry Deadpool, but there's a chance your next flick may be rather sanitized). The film is much more graphic than some people might have expected -- in language, in sexuality, and in violence -- feeling less like a spy thriller and more like a trashy exploitation flick. It's certainly not the movie I expected it to be, even after reading reviews, but that might have also been why audiences didn't flock to it. It's a hard-R spy caper with erotic-thriller tendencies when many people may have just wanted a Black Widow flick. 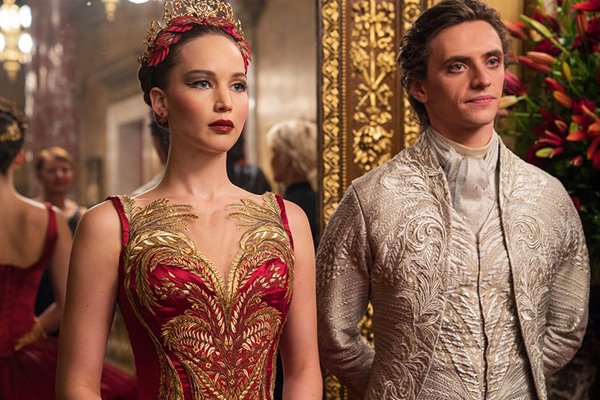 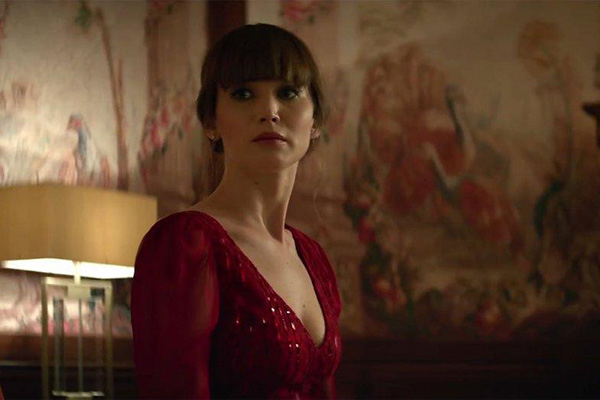 But then audiences may not have liked it simply because the film doesn't ever quite settle on what kind of movie it wants to be. While it has aspiration to be a twisty spy thriller, there aren't really enough power-players, enough pieces on the board, to keep the twists coming round again and again. While the film never cheats, to its credit, the only way it can spin out its tightly wound spy yarn is to keep every single mystery a secret until the very last scenes. Sure, the final act has a great oomph, with plenty of pay-off to the story it wove, looking back over the story it's pretty obvious that a single line of dialogue from Dominika, or a note written down, could have undone all the mystery and given us a clearer idea of the character and her plans.

Dominika is a cypher, a mystery unto herself, barely a character and more of her own chess piece. Normally a character like this wouldn't work, would come across as too wooden, too unrealistic to invest in. Red Sparrow, though, has Jennifer Lawrence, a fantastic actress who invests herself in every one of her parts. She keeps her entire character under the surface, but you feel all her emotions, and her plotting, just in the flick of her eyes or in her body language. It's a tightly wound performance that keep you invested in the character despite the fact that she's clearly hiding everything from everyone. You never know if she's a good guy or a bad guy, or what those definitions even mean to her, but it doesn't matter because her performance is electric.

Sadly, no one else in the film comes even close to Lawrence. While Edgerton is okay as Nate Nash, he doesn't have either the acting ability or natural charisma to hold a candle to Lawrence's Dominika. His CIA agent looks lost, dragged along in the wake of Dominika, which actually doesn't hurt to story of the movie. Still, someone that could have stood toe to to with her, that could have given us a good tug-of-war over her soul would have helped the movie immensely. It would have upped the tension and given us a real barn-burner of a film instead of a decent spy thriller grafted onto an erotic sideshow. 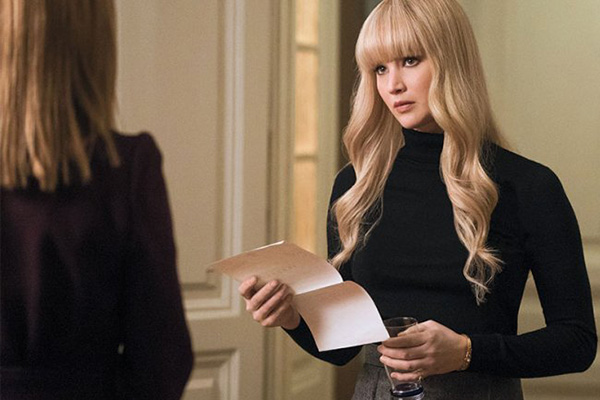 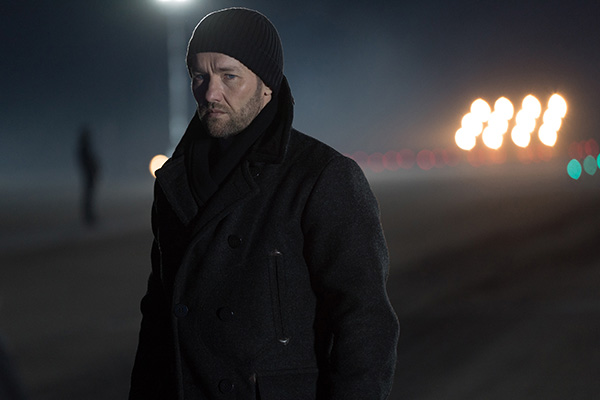 Red Sparrow is a very watchable film, but I don't see going back to it again any time soon. It doesn't truly every crackle, never quite getting itself together enough to be a re-watchable drama of either school. With just a little editing, a bit of nudging one way or the other to commit to what kind of movie it wanted to be, Red Sparrow could have been a real winner. But straddling the line holds the movie back, leaving a potentially great movie as only a good one (with a fantastic central performance).

So now, Red Sparrow is not a Black Widow. It's too mature to be a film Marvel would ever make, sure, but it's also not as good as we'd hope a Black Widow movie could be. When you go into to watch Red Sparrow try not to compare it to any expectations you have, as it's none of those things. It's not the best spy thriller, or erotic thriller, or Black Widow knock-off. It's a weird hybrid of everything and nothing, watchable but forgettable, and once you're done with it you'll probably set it aside to go watch something else better from any of the genres Red Sparrow copied.