We're Blasting Through to the Past

It's been a while since we last checked in on Agents of SHIELD. At the time, with the wrapping up of season five, there was some fans wondering if the show would continue past that point -- season five, with a time travel hook and the forces of SHIELD fighting to save the whole of Earth from an apocalypse, was a high water mark for the series. And the creators even wrote it as if the show were ending, with all the hallmarks of a proper series finale written into that season's last episode. 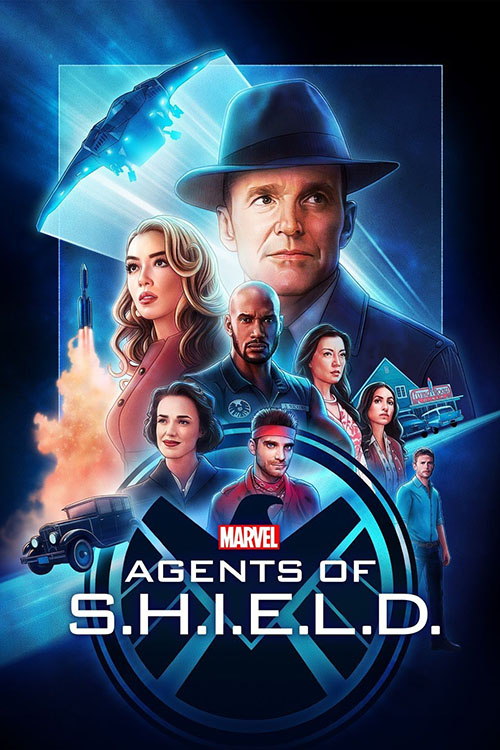 And then the show was picked up for two more seasons. We didn't cover last season at the time, mostly because I was waiting on this last season, Season 7, to air before I shared my final thoughts on the series, but it's fair to say that the show had to try and pull new adventures out of the air after tightly wrapping up a lot of the stories of the show. This led to a season where the heroes were battling a new threat -- the Shrike, a race of parasitic alien invaders -- while dealing with a someone calling themselves "Sarge" that looked like Agent Coulson, the former head of SHIELD who had died at the end of Season 5.

That season was interesting, but I would argue it wasn't as strong as past efforts. Seasons 4 and 5 found their own grooves, breaking the show up into "pods", starting with the trio of stories on fourth season -- "Ghost Rider", "LMD", and "Agents of HYDRA" -- follow by the fifth season doing half its storyline in a dark future before bouncing back to the "present" to wrap up the back half of that storyline. In comparison to that, the shorter sixth season lacked the same kind of hooky nature. The resurrected Coulson (who wasn't really a resurrected Coulson) helped to add an air of mystery, but long time term the season wasn't as good. The Shrike weren't that strong or interesting of a villain, and overall the show suffered during this season.

But then, the sixth season ended with a big hook: Gemma showed up, talking about how the team had to travel back to the past, venturing into the 1940s, and suddenly the show found its energy again. That cliffhanger promised a lot of interesting potential, and then, come this season, the modular nature of the show returned. Following on the time travel hook, the team ended up bouncing along different time periods, spending a couple of episodes (or so) in each period, battling a bigger threat than the team had faced before: the Chronicoms.

The Chronicoms are a robotic, alien race that, supposedly, serve to protect the time stream and ensure the survival of the universe. However, as we learned in Season 6, their homeworld had been destroyed by the Shrike. This left these aliens without a home, so their plan was simply to take over Earth and wipe out humanity. Since they're time traveling aliens, they could bounce along in time, and their first goal was to wipe out SHIELD before it could ever start as SHIELD is the only group that could really stop the Chronicoms and their evil plans. This leads us on a grand adventures through the history of SHIELD (and the SSR) as the timeline is bent (and broken) and events from the whole of the Marvel Cinematic UniverseWhen it first began in 2008 with a little film called Iron Man no one suspected the empire that would follow. Superhero movies in the past, especially those not featuring either Batman or Superman, were usually terrible. And yet, Iron Man would lead to a long series of successful films, launching the most successful cinema brand in history: the Marvel Cinematic Universe. are referenced and recontextualized. 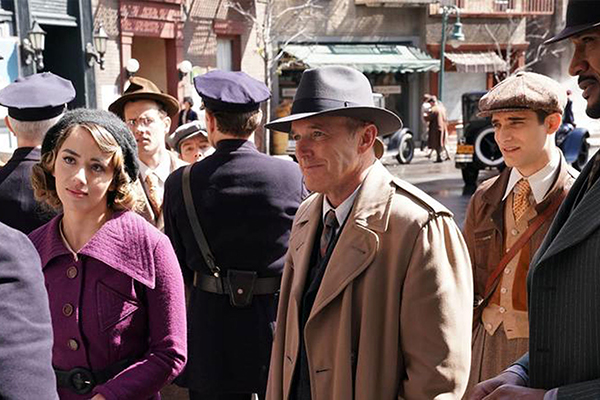 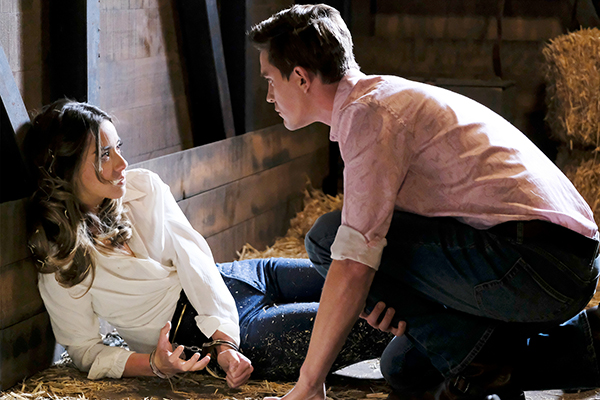 Agents of SHIELD was a show with a lot of potential that never was treated right by Marvel. It was conceptually supposed to be part of the greater MCU, but due to conflicts between Marvel Television and Marvel Studios, what this mostly led to was the show waiting on events from the movies, referencing things that happened at the Box Office without much (any) reciprocation in the other direction. This caused a hobbled first season (that only seemed to find its energy in the last couple of episodes after the events of Captain America: The Winter Soldier effectively rendered the whole concept of the show moot. It took a couple of seasons for the show to find its feet, but once it got going it got really good.

Season 7 has that same level of quality fans have come to expect from the show. Bouncing between time periods is a fun gimmick that helps to keep the show lively and fun. While the series could have just stayed in the 1950s and effectively made itself into Agent Carter: Season 3, instead it takes a more entertaining, and interesting, hook of constantly bouncing around, spending time in the 1950, 1960s, 1970s, and 1980s, before wrapping up with a big space-based finale. It's vibrant, it's fun, and it doesn't linger too long and lose its own pace.

Interestingly, at the point when the show has basically lost all connection to the main universe (the show doesn't even reference the events of Avengers: Endgame), this seventh season has some of the deepest connections to the whole of the MCU. It's not just referencing Agent Carter (and bringing back fan-favorite Agent Daniel Souza, played once again by Enver Gjokaj), but also Project Insight (from the end of Winter Soldier), the Triskelion, cameos of all kind of characters from the entire series run, and more. This season ends up as a love letter to the MCU despite how much Marvel Studios no longer cares about these early Marvel Television projects.

And, honest, the season is just fun. The writing on SHIELD has always been one of its strong points, finding a way to blend compelling superhero/sci-fi (really, from the third season one) with great characters and a lot of humor (a strength seen even in the very first season). Those strengths are on display here as well, with the chemistry between the actors having grown over the years to the point now where there's this constant affability between everyone. Even when the stakes are high, this season manages to keep everything light and enjoyable. It's quite a feat. 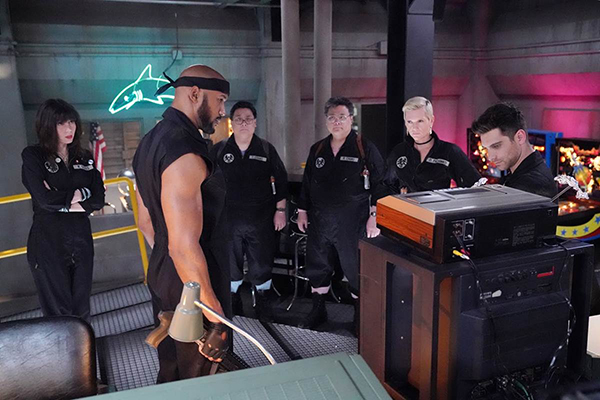 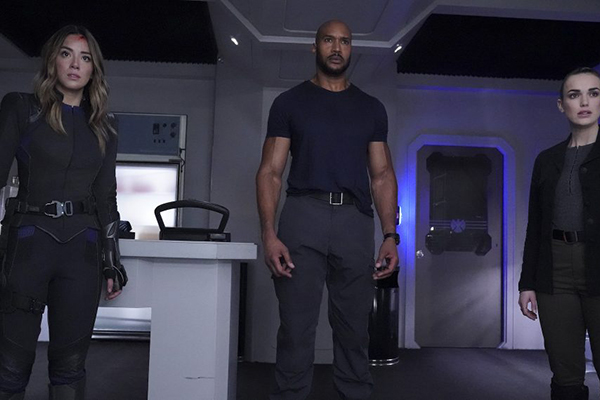 That said, the overarching story for the season isn't necessarily as strong as it could have been. Like with the Shrike, the Chronicoms never quite come together as villains, being too robotic and unemotional to truly seem interesting. And, without spoiling anything, the whole plot eventually resolves itself in such a way that it makes it feel like the 12 episodes of the season were just a lot of treading water until the finale. While you're in it the story works, but once you get to the last chapter the ending betrays what came before. There are great moments, even in the last episode, but a little something was lacking.

I don't think this season was as strong as the heights the series achieved in Seasons 4 and 5, but it's also nowhere near as bad as Season 1. It's a good season of the show, and there are great moments between the characters in the finale that even that last episode isn't a total wash. As a conclusion to the series, it certainly provides enough happy moments between all the characters we've grown attached to to please the fans. Everyone we like gets to ride off into the sunset, and it feels earned in its own way.

I am sad this is probably the last time we'll see any of these characters. Marvel Studios is going in its own direction for future television projects, and anything from the old Marvel Television brand is getting wipes away at this point. We spent a lot of fun times with Coulson, May, Daisy, FitzSimmons, Mack, Yo-Yo, and Deke. It's nice to know they're off having more grand adventures, but bittersweet we'll never get to see them. This show became so good and the real tragedy is that Marvel Studios doesn't seem to care.