The Smaller They Are...

Ant-Man is a film that has come up more than once on this site. Sure, we talk about it in passing as part of the Marvel Cinematic UniverseWhen it first began in 2008 with a little film called Iron Man no one suspected the empire that would follow. Superhero movies in the past, especially those not featuring either Batman or Superman, were usually terrible. And yet, Iron Man would lead to a long series of successful films, launching the most successful cinema brand in history: the Marvel Cinematic Universe., ut more often I think of the film when I'm watching other heist movies (like the Ocean's SeriesAlthough the franchise began back in the days of the Rat Pack with the original Ocean's 11, the franchise truly gained prominence with the Clooney/Pitt-starring, Soderbergh-directed Ocean's reboot series from 2001. The daring criminals would go on to have several cool and stylish capers through the series, redefining the heist genre in the process. of films) or when discussing the works of Edgar WrightFamous for his television show, Spaced, Edgar Wright saw his Hollywood aspiration come to fruition with the first of his "Three Flavours of Cornetto Trilogy" films, Shaun of the Dead. The English director, screenwriter, and producer has gone on to have a varied career with wildly dynamic, visually packed films across a number of genres.). It's a good film, sure, but the conversation around the film is more interesting than the movie itself, in a way. 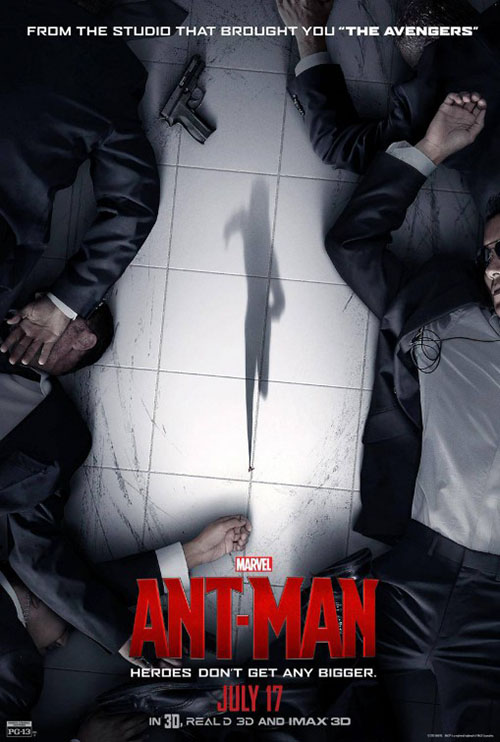 A lot of that is because of the troubled history of the movie's production, and that all leads back to Edgar Wright (who we might have talked about a few times before). Wright was originally supposed to direct Ant-Man -- he'd actually been trying to get a version of the film off the ground before the MCU was even up and running. By the time he was able to really work on the production, though, Marvel had become quite the Hollywood force and the film they wanted him to make didn't align with his vision, so he left the project part way.

This then lead to director Peyton Reed taking over the production. When thinking of directors that could take over a film like this from Wright, Reed wouldn't have been on my list. He's not a hack director, to be sure, having turned in some interesting movies (such as the almost-parodic Bring it On and the the love-letter to screwball 1950s comedies, Down with Love). He's as an interesting sensibility, and can handle comedic material. Reed, though, hadn't directed a movie in seven years (not since the successful but little-loved Jim Carey vehicle, Yes Man). What drew Marvel to hire this director for the film I'm not sure, but it was certainly an interesting choice.

Fans will say that the best parts of Ant-Man are what's left of the Edgar Wright version, although having seen some of Reed's other works I honestly don't think all the worst parts are on him -- he likely contributed a number of great gags and good material, punching up a film that needed a bit of screwball sensibility. Going in to Ant-Man it's important for the fans of Wright to try not to judge the movie based on their previous expectations for what Wright could have done. Reed has his own directoral style, and he took over early enough in the film's production that this isn't some chimera beast -- it's best to judge only on what we're given and not what we wanted.

In the film, Scott Lang (Paul Rudd) is a down-on-his-luck ex-con just recently released from prison. He wants to do right by his young daughter and show her he can be a really good father. However, to do that, he has to get a job, get his own place, and actually start paying child support. However, no company wants to hire an ex-con, and paying for things requires money. Thus, Scott eventually turns to his criminal friends for one quick score to earn some cash before he goes back to life on the straight and narrow. 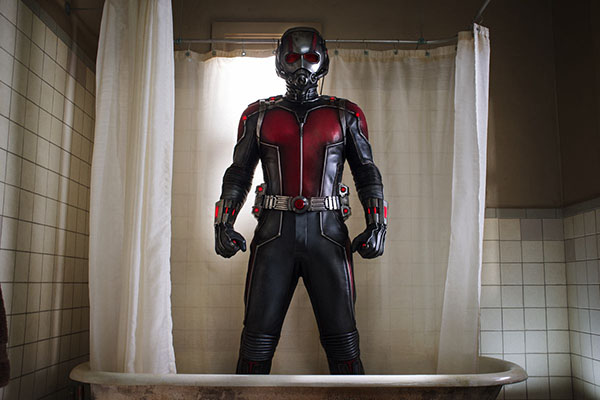 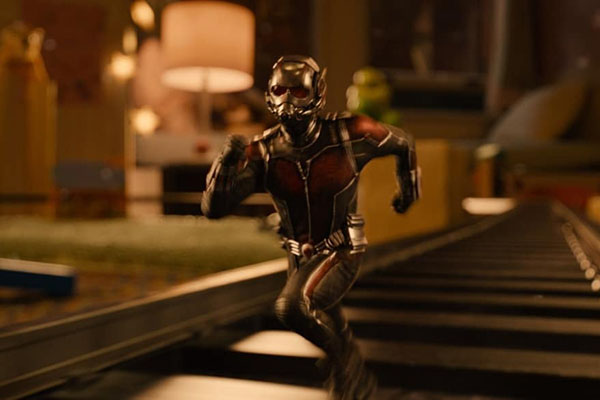 The heist, as it turns out, is to steal from a rich, retired man, Hank Pym (Michael Douglas), who, unbeknownst to the criminals, is also the retired Ant-Man. When Scott breaks into Pym's basement and gets past all the security, as well as the otherwise impenitrable safe, what he finds is not money or jewels but a suit which, once Scott puts it on, turns out to be a version of the Ant-Man suit. This suit allows Scott to shrink to tiny sizes and fight with incredible strength; in short, it turns him into a superhero. Scott then gets dragged into a bigger caper by Pym, a mission to protect the Pym technology and keep it out of the hands of very bad people (including, as we learn, former HYDRA agents).

Unlike a lot of Marvel movies, Ant-Man isn't a straight up, save-the-world superhero flick. While, yes, sure, keeping the tech out of the hands of HYRDA and preventing them from making super-soldiers is a bit world-savey, the stakes for most of the film are much more grounded. For Scott, all he wants is to be a good dad and provide for his kid. To do that he gets to put on a super-suit and pull off capers, something he's very good at. This movie is, essentially, the MCU version of a criminal action flick, a caper with slick production values and solid humor (a little bit superhero, a little bit Ocean's Eleven). After the initial setup (and quasi-origin story elements), the film is all about the caper. Get in, get out, have fun doing in.

To be fair, the main caper that sets the climax of the movie is only okay. There isn't enough time spent on the setup to really get a feel for what they're doing, nor is it as slickly handled as one of the Ocean's flicks. However shallow the caper aspects may be, though, it's forgiven because the movie is fun. Rudd has a great time playing Ant-Man and his easy-going, winning charm powers the movie through its twists, turns, and action set-pieces. Rudd gets a lot of good lines, and there's plenty of humor for the other characters too, helping the movie breeze through any slow patches.

That said, the movie does feel pretty slight. The super-heroics on display are fun (like a big finale set in a kid's bedroom that is, at times, absolutely hysterical), but the action is not the main focus on the film. It is, most of the time, just a hang-out movie with aspirations to be more. Without a big heist (I'd give the actual heist in the movie a 6 out of 10) or big action (5 out of 10), we're left just hanging around with Rudd and co. And that's really almost enough since the actors clearly have a lot of fun in the movie. 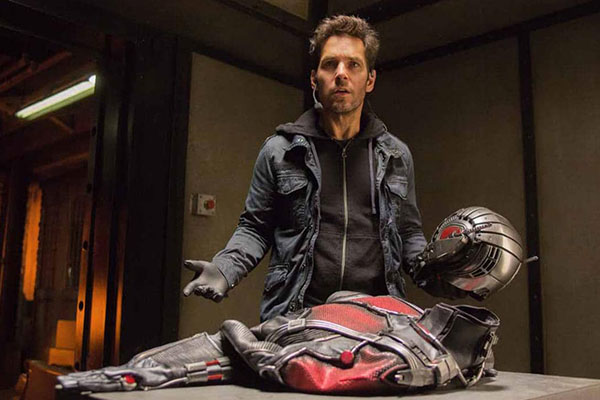 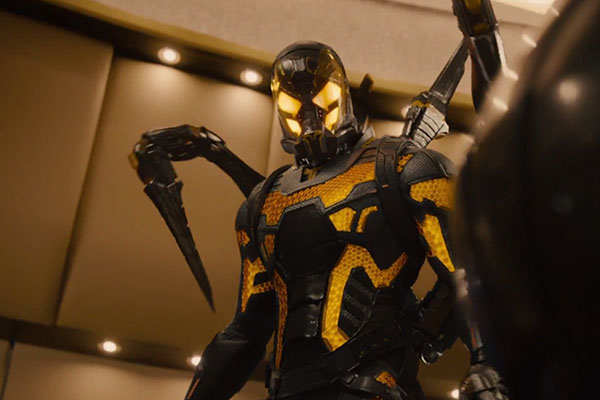 For a fun watch once in a while, Ant-Man works, but it's not going to be one of those Marvel movies you go back to over and over again. After the big, near-world-ending action of Avengers: Age of Ultron, maybe that's enough. Perhaps just being a slight, fun little goofy of a film is all Ant-Man needed to be at the time. Sure, it might not stick with you the way some of the more bombastic films in the cannon do, but it also doesn't try too hard and then fail to deliver. Ant-Man is a fun, small movie in the middle of a spate of huge MCU films, a relaxing breather before the next big disaster happens. And in that context, it's a real winner.