Launchpad McQuack (Not the Official Title)

Scott Pilgrim vs. the World

Edgar Wright has a very singular sensibility when it comes to movies. I tend to hold him in the same vein as David Fincher, both directors who use the medium of film to tell stories in very unique ways. Of course, those two directors are pretty different in their style. Fincher's movies are rather cold with the camera (famously) lock-set on every motion, even nuance of motion in the frame. Wright, meanwhile, makes lively, packed productions with constantly call-outs and call-backs, and while his camera may follow characters (at times similarly to Fincher), his emphasis is on dynamic cuts and edits that propel the story forward. 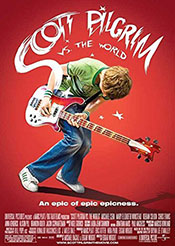 Nowhere is the particular Wright style on display more than in Scott Pilgrim vs. the World, an adaptation of the comic book (would the more accurate term be American Manga?) series by Brian Lee O'Malley. I'm not sure what fans of the comics were expecting when they heard there was a Hollywood adaptation in the works (I haven't read the books so I can't speak to how close the story is), but I have to assume this movie is not really what they were expecting. The film doesn't feel like an adaptation of a comic but, instead an adaptation of all the things late Gen-X/early Millennials remember from their childhood and teenage years.

And the movie states in its opening bit of dialogue, Scott Pilgrim (Michael Cera) lives in Toronto, Canada, and has just started dating a high school girl named Knives Chau (Ellen Wong). This is a point of derision among Scott's friends as Scott is 22 and still hasn't, in any way, grown up since high school. He has no job, plays in a crappy band, and basically sponges off his roommate Wallace (Kieran Culkin, the MVP of the movie with his scene stealing performance). Scott, though, is forced to re-evaluate his life and where he's headed when he has a chance encounter (in his dreams, no less) with Amazon delivery-woman Ramona Flowers (Mary Elizabeth Winstead). Unfortunately for Scott, not only does he have to try and woo Ramona (and dump Knives), but he also has to fight (to the death) Ramona's Seven Evil Exes, past loves that will kill Scott if given the chance.

While that plot summary might seem like a lot, it's all deftly laid out during the opening act of the movie. By the time the first of the Evil Ex-Boyfriends shows up, you've already adjusted to the weird sensibilities of the movie. There's so much going on in the movie from scene one, from the little video game references (sight gags and audio cues), to the quick cuts and fast scene changes. This movie, in execution (although not plot) reminds me of Fight Club, as both are movies that feel less like you watch them and more like they are downloaded into your brain. And, oddly, they're both about the existential dread of having to move forward with your life (as well as the underground fight scene, although in very different ways).

At the center of all of it is Scott. As played by Cera, Scott is a mumbling, waifish slacker. He's a terrible person to make the center of the movie since he's just not likeable, but I think that's the point. Scott's never had to grow up, and everyone has just let him skate by as he does whatever he wants. The kick-start he gets in the movie forces him to grow up, to become an actual person, so that by the end you actually, genuinely like him even if he has a face and attitude you want to punch at the start of the film. Michael Cera was a great choice for the character as Scott is basically the kind of character Cera famously played time and again (in movies like Superbad and on the series Arrested Development). Michael Cera playing Scott is another reference, an additional joke the movie makes without having to play an audio cue or give us a sight gag. It's saying "yes, this is exactly the character you expect because Michael Cera is here." 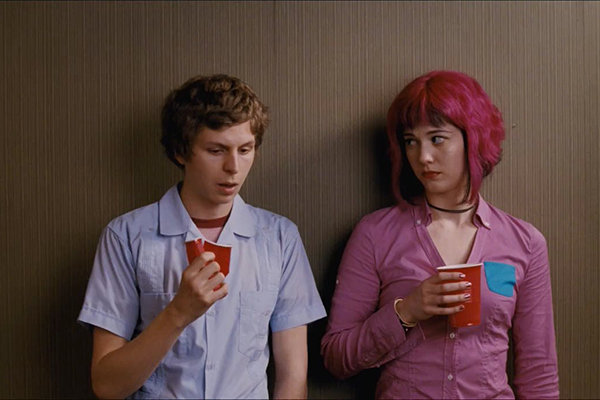 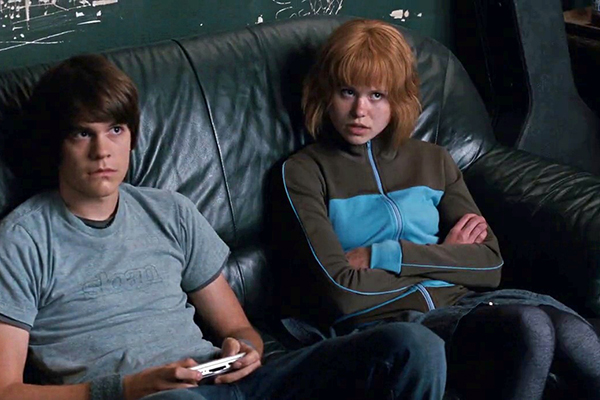 Not that Cera is the only notable actor in the film. Winstead does a bang-up job with Ramona, another character that should, in all honesty, be terrible. Ramona is running from her exes, but she's also basically running from all her past deeds and life choices. Any time we get a bit of her story, it's always about one awful thing she did (or her exes did in her name, which she loved at the time). Remember, Ramona has seven of these evil people in her past, and she liked (or loved) them all for a time. And yet, despite the fact that Ramona she be repugnant, Mary Elizabeth Winstead gives the character a soul. She's good in the big moments, like a fight sequence halfway in, but it's the smaller, character reaction moments where Ramona really shines (as I commented to my wife near the end of the movie during one really good moment where, with just a flash of her eyes, Winstead could sell all the complex emotions of the character).

But then the true star of this show any time he's on screen is Wallace, Scott's roommate and the most put-together character in the movie. Wallace flits from scene to scene, and we never get a sense of what he does or why he puts up with Scott. And yet it all works. Kieran Culkin give such an easy, charismatic, no-fucks-given performance as Wallace and you end up wishing for the character to show up any time he's not around. Wallace is the best.

I can understand how this movie failed at the box office. It's a movie unlike just about any other (with the weird exception of Fight Club now that I really think about it) and it's hard to see how the studio could have marketed it to anyone. Plus, let's face it, the lead characters are awful people at the outset and you really have to want to like them before they finally grow into people you care about. It's no surprise the movie bombed, but it's a tragedy none-the-less. This is a great movie that treats your eyes to so much goodness that, by the time the characters are growing the plot is chugging along, you're hooked by everything on the screen. 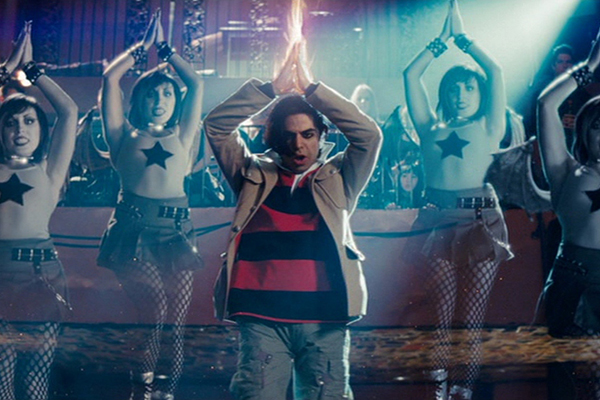 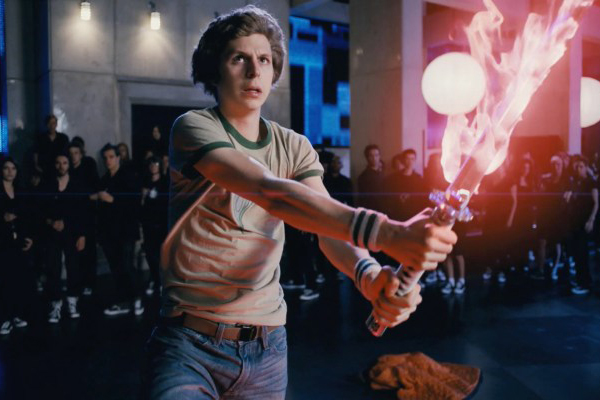 It's no wonder, then, that this movie has quickly grown to be one of my stand-by "pop in when I'm bored" flicks. It's great fun and, once you know the story the movie wants to tell, it never disappoints.