Steve Martin and Martin Short: An Evening You Will Forget for the Rest of Your Life

Normally I don't watch comedy specials. Stand-up comedy is fun to watch from time to time, but it's hard for me to find comedians that I really want to watch drone on for long periods of time, and most comedy specials are at least an hour. That's right at the edge of my comfort zone. Still, when you see a comedy special featuring a couple of legends, that's the kind of thing you have to pay attention to. 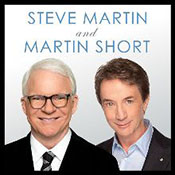 Of course, it's hard to say anything about this special without first noting that these are really funny guys. They're two legends of the field that have been in a number of successful movies through the years. Each are renowned for their comedy stylings, especially in stand-up. It's no surprise, then, then their stand-up special where they share the stage together has a breeze, light, well-practiced feel to it. These guys know what they're doing, and they can easily command the attention of the audience no matter what weird crap they decide to do.

The show really breaks down into two halves. The first part sees the men sharing the stage two just riff back and forth. Steve and Martin are old friends and they have a fun, friendly comradery that plays well as they banter back and forth, heckling each other with roast-level barbs. They then sit down for a chat, sharing photos and, really, heckling each other (and themselves) even more. The entire show, honestly could have just been the two being catty at each other and it would have played wonderfully.

At the mid-way point the each man then takes the stage for their own small routine. Martin Short had first crack, telling a tale about his early life in Broadway, finally landing his first big gig in an all-nude musical about the step-brother of Jesus. Then he performed a number. It was... painful. He thankfully wore a full body stocking, but this whole bit just didn't play for me. The humor was more cringe-worthy than sly or witty (as the early shtick had been), and this routine was just a hard turn away from what had been working so well.

Steve Martin then takes over, and while his bit wasn't funny, it really wasn't meant to be. After telling a few jokes about his banjo, Martin then launched into a medley of banjo songs he's written over the years. It's weird to say about the banjo, but Martin can wail on that thing. His finger on the instrument is speedy and assured, and his songs (despite being in a genre I don't normally care much about: country) were pretty good. So while it was a weird inclusion for a comedy special, I did appreciate Steve Martin's change of pace. 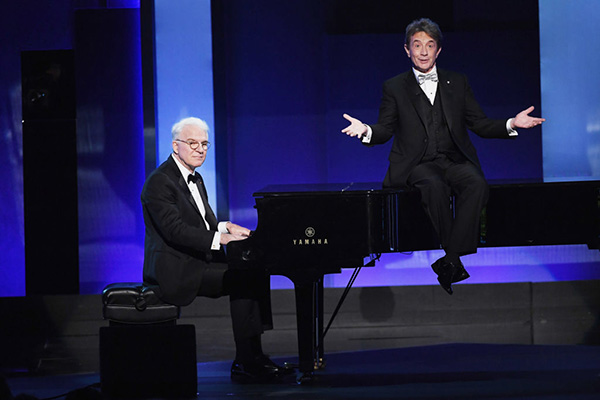 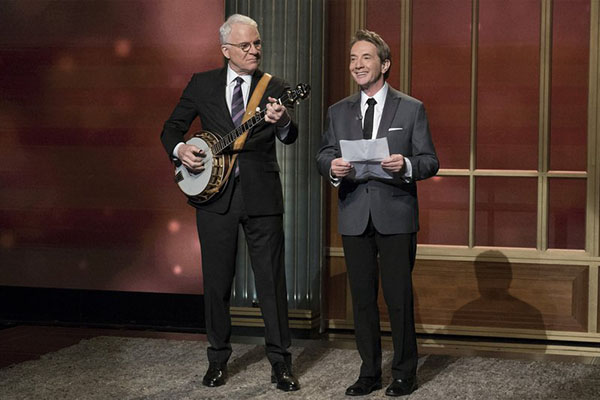 Sadly the last skit between the two, of Steve Martin as a ventriloquist and Martin Short playing the dummy (which is based on one of his characters, I think) just sucked. It was then being mean about other celebrities all from the perspective of Short's obnoxious character. It would have been great if they had just ditched this skit and went with more of the easy joking between the two instead.

The special itself, then, is a bit of a mixed bag. The first half is really great but the back half it much more hit or miss. Certainly watch the special through the first half and hour, but then I'd recommend skipping through the latter just to see the bits that don't irritate you too much.