Season of the Witch

We've already gone through two of the three Fear Street films in the last two weeks -- Part 1: 1994 and Part 2: 1978 -- and the best thing that can be said is that the three-part film series is certainly ambitious in its scope. It's structured in such a way to keep viewers coming back week to week while giving just enough hints and clues about the overall story that, by the time you reach the third and final film in this trilogy you really do want to know how the heroes are going to end the evil in Shadyside and save the day. It keeps you hooked in that regard. 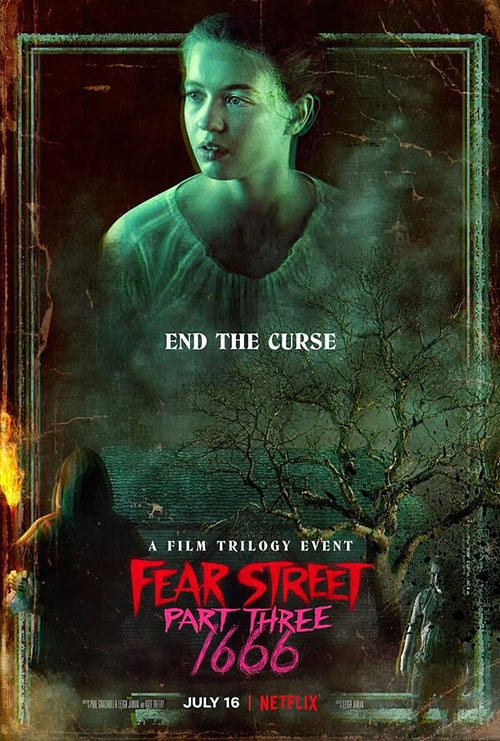 That said, when making a pre-planned trilogy of films you have to make sure the third film hits its mark and brings everything to a solid, and satisfying, conclusion. In that regard, I feel like this third part of the series, 1666, doesn't quite nail the goal. In regards to giving a satisfying solution to the mysteries surrounding the Witch of Shadyside, yes, the film delivers, but as far as being a movie that can stand in any way on its own, or even one that follows the structure of the previous films, 1666 is a weak link for the trilogy.

Much of the reason is that, unlike with the previous two films in the set, this film is basically two smaller movies grafted together. The 1666 era is only the first half of this film, with about an hour's worth of story. Then, with the plot of the Witch resolved in the past (in a way), the film then jumps back to 1994 for a "Part 2" of that era to actually tie up the whole plot of the trilogy. It's this 1994 section that doesn't hold up as well and, frankly, feels tacked on just to give the trilogy an ending. Both halves of this film needed to be fleshed to be, well, actual films, and the 1994 section needed a lot of work to feel like a full a complete conclusion to the series.

It's interesting because these films were originally designed for release in theaters where, presumably, they would have come out every couple of months to drag fans back to the theater over and over across a single summer. I don't think that structure would have worked, especially with this third film and its weaknesses. But, when viewed as a NetflixOriginally started as a disc-by-mail service, Netflix has grown to be one of the largest media companies in the world (and one of the most valued internet companies as well). With a constant slate of new internet streaming-based programming that updates all the time, Netflix has redefined what it means to watch TV and films (as well as how to do it). mini-series instead, it's a little stronger. In fact, I think if these films had all been broken up into one-hour episodes, for a total of six episodes in the set, I might not have even minded that 1666 and 1994 Part 2 were an hour each. They'd work better as true mini-series episodes instead of trying to graft them together into a single "complete" movie. Something tells me that if this had come out in a theater fans would not have been pleased, but it does make for a fun experiment on a streaming network.

At the end of the last film, in a brief 1994 cut-away where heroine Deena had taken what she'd learned from C. "Ziggy" Berman about the 1978 incident and the theory of how to stop the Witch by reuniting her body with her hand. However, instead of ending the curse Deena is then plunged into a memory of the past as she relives the inciting incident of the Witch. She gets to see what really happened in 1666, how Sarah Fier (the Witch of Shadyside) had been in love with another village girl, Hannah Miller (the Reverend's daughter), but the two of them had to keep their love a secret. An incident between them (where they make out in the woods) is revealed, though, after the crops go to rot and the the water is soured. Worst, the Reverend suddenly goes mad and kills a church full of the town's kids, gouging out their eyes before blinding himself. The town blames witchcraft and the story of Sarah and Hannah comes out. 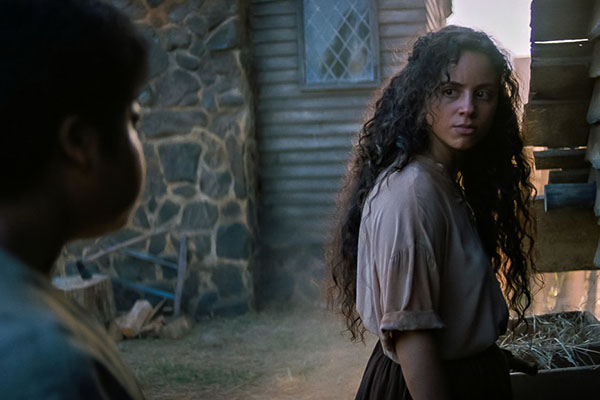 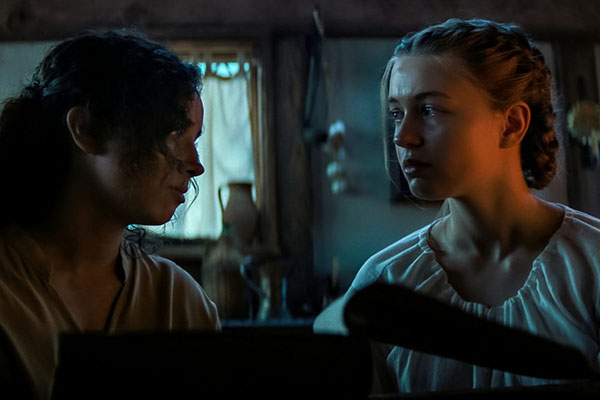 Sarah runs but Hannah is caught, and when Sarah goes for help to a man she trusts she discovers that he has a dark secret that could, in fact, be the true cause of the evils in the town. Sarah is captured and she, and Hannah, are both set to be hung. Sarah, though, "confesses" to being the witch and she swears that what has been done to her (right before she's hanged) will haunt the real witch for all of their life. The Deena awakens and realize she, and her friends, have to take out the real "witch" in town to free the soul of Sarah Fier and save Shadyside once and for all.

In general I like the story structure of these films (and there will be some minor spoilers in this paragraph). In the first movie we were introduced to the concept of the Witch and we were led to believe that the killers sent after Deena and her friends were there at the Witch's behest. That was then compounded by (bad) information we're given in the second film about how to stop the Witch and that because the heroes are trying to stop her she sends her killers after them. In reality, as this third film slowly reveals, Sarah isn't the bad guy and there's another force at play. It's an interesting way to build the story and it helps to make the Witch a far more interesting antagonist (in part because she becomes the protagonist of the first half of this film, and then an ally to the heroes in the back half).

Frankly that's a change I can get behind. These films have managed to change up the killers and the raison d'etre for the villains in each movie, which is a welcome change in comparison to the same killers showing up, time and again, in other slasher series. And there's potential here for further movies tracking other killers that cropped up over the years (and the director of these films has expressed interest in making those movies). The way these films are structured they've opened up a huge world of possibilities and those very possible film ideas are exciting and interesting. The world building of this series is impressive.

Unfortunately, as satisfying as the background of the story is the end of the series does leave a little to be desired. For one, the character singled out as the real villain of the series feels like they were stitched in halfway to the movie. The logic of using this character, especially with many of the actions they'd taken in the previous two films, doesn't quite line up. It's not entirely ham-fisted but it doesn't really work, either. I think the villain was planned from the beginning, before all three films were shot, so think this is just a matter of burying the surprise too much so that when the twist is revealed it feels like it came out of nowhere. 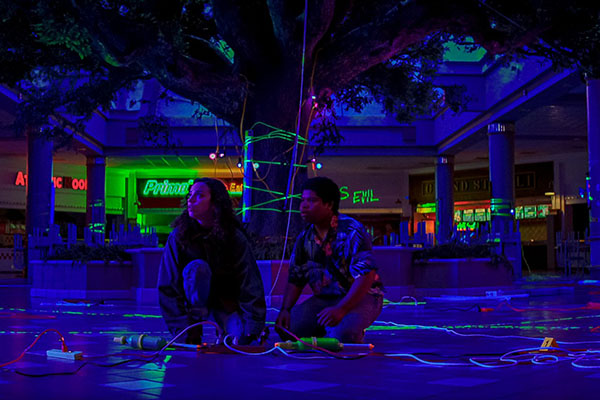 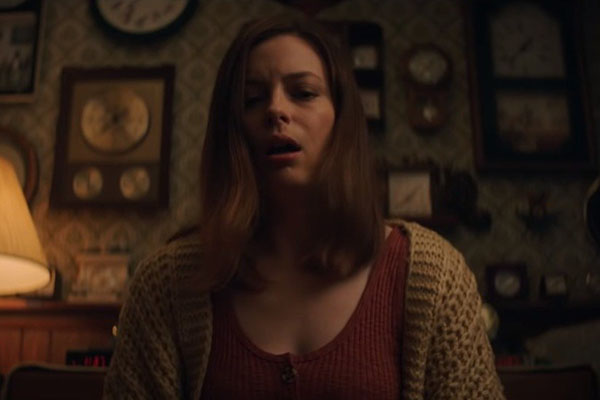 Meanwhile, the one major complaint I have about the 1666 section of the film (other than the fact that 1666 AD is an implausible time for people to have settled, and made a little colony, in the middle of Ohio) is that the vision Deena has in the past is supposed to be her superimposing her own friends and associates over historical people in the era. That's why we see her drug-dealing friends, her girlfriend, her brother, and that makes sense. But she also sees characters (as new people) from the 1978 film and she doesn't know any of these people other than Ziggy (and she's knows her as a different actress). She really shouldn't see a town populated almost entirely by 1994 and 1978 actors, she should see just 1994 or she should see people from a bunch of upcoming films as well. The mix is off just enough that I noticed it.

So there are flaws. If I'd paid to see these films in theaters I would have been upset by this last film as it doesn't feel like a complete enough story, on its own, to really stand up. As a theatrical released 1666 needed to be fleshed out to feature length while more work would have had to be done a fourth film in the "trilogy", 1994, Part 2, to not only also bring it up to theatrical length but also give it a full plot line (and not just the dregs of the rest of the trilogy). It doesn't work as a three-film set, not the way its constructed.

But, again, as a mini-series I'm willing to be more forgiving. Taken not as three films but as three episodes, Fear Street works better. It's not perfect, and this film in particular needed more gore and more scares, but overall I was satisfied with each part of the trilogy in their own ways. Maybe this film isn't as strong as the other two but, taken as a whole, this Fear Street Trilogy really does revitalize the Slasher genre, making it watchable again after so many years lost out in the woods. I look forward to seeing where this series goes from here, assuming further films eventually come about.