The Worst Camp Ever

All things considered, I would not peg the Jurassic ParkWhile ever kid has dreams of seeing dinosaurs, Michael Crichton gave that dream a reality, at least on paper. His two Jurassic Park books spawned a movie franchise that's gone five movies strong (with no signs of slowing down), all because people love seeing dinosaurs made flesh. as a franchise that could support kids' animated series, at least not one that actually tied into the main continuity of the franchise. While, yes, the movies are all "family friendly" affairs, they are still monster movies, and at times violent ones. They're bloodless, sure, but there's still plenty of creeps and scares in the series that I wouldn't expect it to translate well to a bright and happy kids' cartoon. 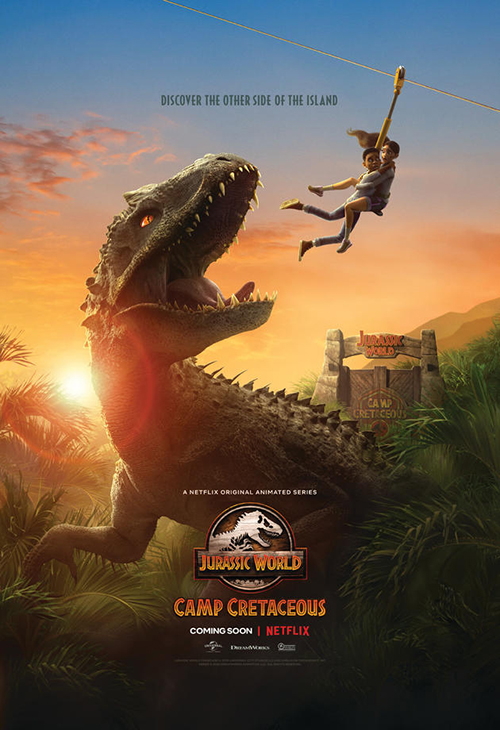 And, in a way, I was right. That's not to say that the new show, Jurassic World: Camp Cretaceous, is bad -- it's actually pretty good -- just that it's not a bright and shiny, kid-friendly series. It's takes the trappings of a standard Dreamworks animated project and applies it to the Jurassic Park template, creating something scarier than, say, How to Train Your Dragon. It toys with being bright and shiny right up to the point where the Indominus Rex escapes and all hell breaks loose.

The first season of Camp Cretaceous takes place right before, and then during, the events of Jurassic World. We're introduced to Darius Bowman (Paul-Mikel Williams), a nerdy kid who loves dinosaurs. He gets one of the first six entries to the new "Camp Cretaceous" section of Jurassic World after winning an otherwise seemingly unbeatable Jurassic Park video game. He then meets, at this new camp, the five other lucky campers: popular video-blogger Brooklynn (Jenna Ortega), introvert sport-nut Yaz Fadoula (Kausar Mohammed), the camper that doesn't want to be there Ben Pincus (Sean Giambrone), rich-boy "VIP" Kenji Kon (Ryan Potter), and rancher's daughter Sammy Gutierrez (Raini Rodriguez). Together they have a few laughs and get to watch the dinosaurs for about a day and a half.

After that span of time, though, problems arise at the main park. The two camp counselors over seeing the six early teens, Roxie (Jameela Jamil) and Dave (Glen Powell), go off to check in with management, and then soon enough the dinosaurs invade the camp area and the kids are in for the fight of their lives. They have to flee the camp, fight off the dinos, and avoid getting eaten, all while finding a way into the main park and, eventually, the evacuation zone so they can escape the island safely. No easy feat.

The first two episodes of the show are the slowest and least interesting, largely because they're the kid-friendly setup for the show. It's almost like the show is toying at the idea of being a kids' show, crafting a pair of pilot episodes that feel like safe, kid-friendly entertainment. But then the Indominus Rex breaks out of containment (in the main movie), shows up here in episode three, and we're off to the races. Any though of doing the "learning and caring" kind of episodic format is thrown out the window at episode three and then it's a tight, continuous storyline as the kids desperately try to figure out how to get off the island and stay alive. 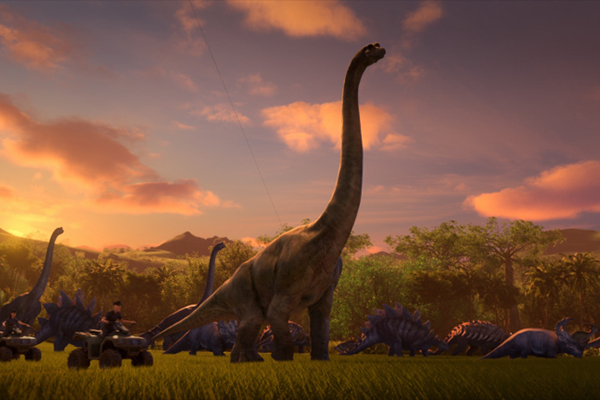 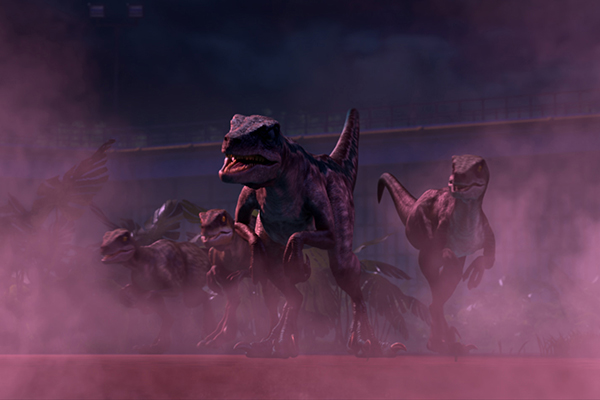 It's smart plotting, really, and an intelligent way to do things. It lulls you in, making you feel safe in the first two episodes before pulling the same old Jurassic Park trick of stripping away the safety and putting the humans in danger. It's a trick the movies haven't been able to pull off since the first one (and then only if you never read the books), but this show manages it again. Credit to the show for that because at this point we already know how this will go, but the show still manages to pull the safety away convincingly.

That's not to make it sound like it isn't kid-friendly in its own way. While the movies haven't been over-the-top with gore, they still will show people getting eaten up by dinos, people getting injured, and plenty of dangerous near-missing that ratchet up the terror (in a family-friendly kind of way). Here, though, most of that has been abandoned. While people do get eaten, the camera always cuts to an angle were we can't see the actual eating (so no shots of a person disappearing down a dino's gullet). The kids are always able to escape the dinos, so while there are near-missing a-plenty, none of the campers die so that level of terror isn't quite the same as in the movies.

That is a bit of a spoiler, mind you, as one camper has a near-miss so close that we're left to think they're dead. For those with kids in the audience, that fake out might be enough to stop the youngest children in the audience from watching (tears a-plenty, I'm sure), but rest assured even that probable death is walked back by season's end, so if you have kids that love the films but can't handle a cute character dying, the series manages to walk that fine like properly.

In fact, it walks a tight, fine line in just about all regards. It crafts the proper, ethnically-diverse collection of characters you'd expect in a modern show such as this, with all the economic groups hit as well so that every kid in the audience has a surrogate character, or two, they can latch onto. But while these kids all fit the general cookie-cutter shapes, the series gives them eight episodes to each find their footing and reveal additional details (and a few secrets) to make them more relatable for everyone in the audience. Every kid has their moments where they're annoying, but they all quickly grow and change and become a collection of characters you root for. 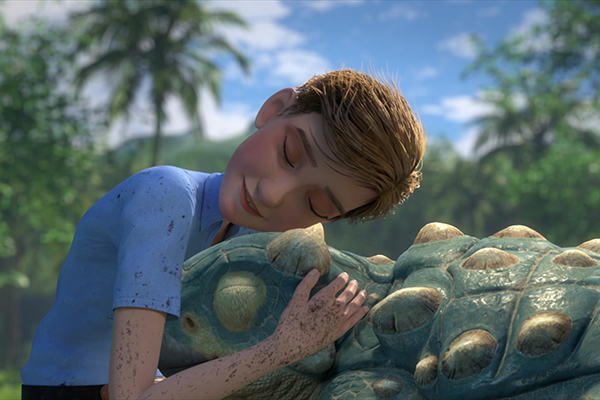 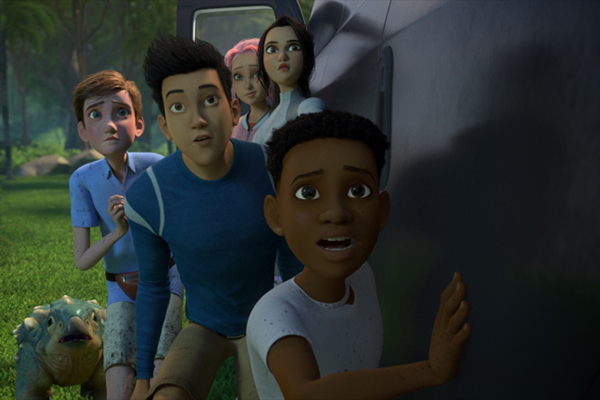 The best characters in the group, though, are the counselors. Okay, really, it's just Roxie and that's all because Jameela Jamil is a comedic treasure, We've seen her over on The Good Place, where she had her solid moments but her character really played support to Kristen Bell's Eleanor Shellstrop and William Jackson Harper's Chidi Anagonye. While Roxie is still a supporting character, Jamil's comedic strengths are used even more wisely here. Roxie gets all the best lines, and plenty of jokes that are meant only for the adults in the audience, and Jamil delivers them with aplomb.

The show, really, works on a number of levels, from entertaining the young ones to jokes for the adults and broad entertainment for the whole family. In all honesty, it's the most enjoyable entry in the Jurassic Park franchise since the first movie, the first to respect the source material while finding a new, interesting story to tell. By the end of the eight episodes (with a pretty interesting cliffhanger to boot) you want to spend more time with the kids, to see where their adventure will take them for seasons to come. Hopefully this show has a long life on Netflix, something that's never guaranteed with that streaming service, because this is a Jurassic product to watch.