So Close and Yet So Far

I am not a science guy. Although I can pay attention to some stuff, and understand the very basics of things, my field is art (with a smattering of writing I do for things like this site). I don't know Astronomy or spacial engineering or any of the stuff that goes with it. Rockets go up, sometimes them come down, and once you get far enough out from the Earth gravity is no longer a concern. This is as much as I know about space. I say all this so that when I start griping about things I know are wrong about a film and the way it depicts space, you know there are issues. 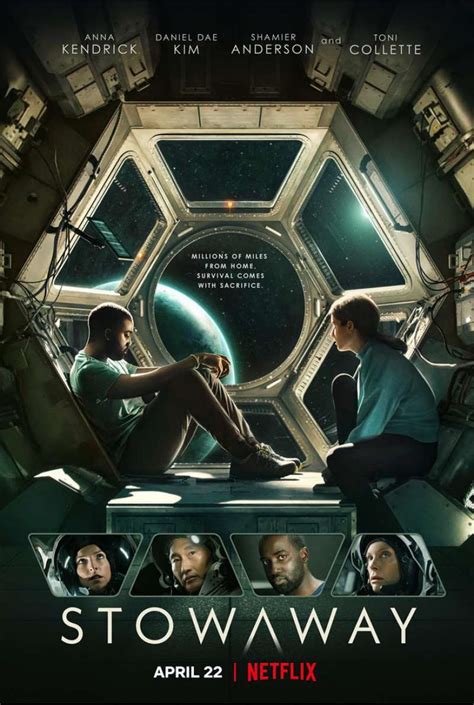 Stowaway, the recent NetflixOriginally started as a disc-by-mail service, Netflix has grown to be one of the largest media companies in the world (and one of the most valued internet companies as well). With a constant slate of new internet streaming-based programming that updates all the time, Netflix has redefined what it means to watch TV and films (as well as how to do it). film about a crew heading off to Mars, has some major issues. The trailer for it tries to sell it as being in the same genre as The Martian, but where that film was very solid about the science of what it was doing (one unrealistic Martian sand storm notwithstanding), there are a lot of issues with the setup and delivery of Stowaway, enough that I ended up yelling at the screen far more than I would have liked.

In the film we have the crew of the MTS-42 -- Anna Kendrick as Zoe Levenson, the ship’s doctor; Toni Collette as Marina Barnett, the ship commander; Daniel Dae Kim as David Kim, the ship's biologist -- a planned two-year mission to Mars. The crew is all set to do their task, get to Mars, perform a bunch of science (with algae and stuff), and then head back. Easy. Except, just after getting to their space station and preparing to head off on their mission, they find a stowaway -- Shamier Anderson as Michael Adams, a launch support engineer -- who somehow ended up crammed in a duct and passed out.

This creates a host of issues. First, freeing Michael causes damage to the O2 system, and suddenly the O2 scrubbers start function far below proper capacity. Second, Michael being there puts extra strain on the O2 system. Third, the damage to the O2 system is irreparable. The ship, functionally, only has enough air for two people to survive to Mars and back and, sadly, they now have twice that. What are they going to do and how will the crew find a way to science their way to safety? Well, functionally, they really don't.

I had a host of issues with this film, but the first of them was simply that a situation like this should never happen. Admittedly this mission is put on by a private contractor, sort of like Space X, and not NASA themselves. NASA has said that something like this could happen if the space company were playing cowboys and didn't do their checks well enough, but that seems doubtful to me. Yes, private companies aren't as diligent as NASA, but that's why NASA is involved in all American manned space missions. I don't see how, even in a future scenario like this, NASA wouldn't have some hand in a mission and there's no way a NASA overseen mission ends up with a fourth person on a three-person crew. 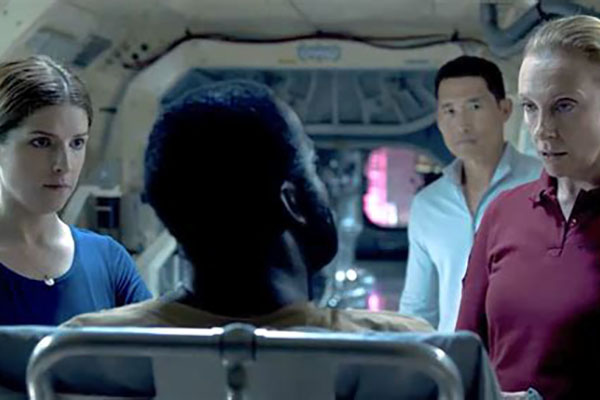 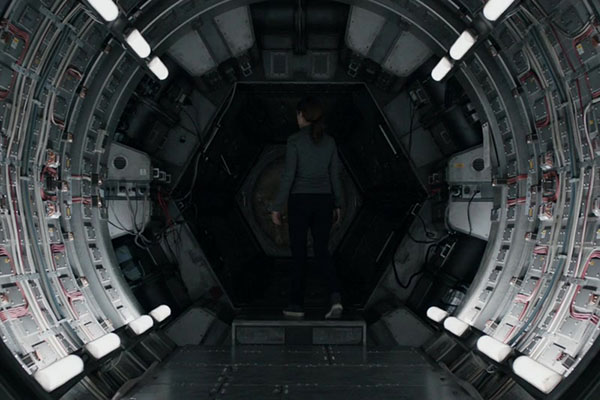 But lets say, for the sake of argument, somehow this guy did fall through the cracks and no one, not even the NASA guys, found him. Well, everything on a NASA built ship has redundancies on top of redundancies. Why? Because space is unforgiving. A mission to MARS that takes two years round-trip is going to have a ton of extra things the crew will need to survive, including a ton of back up resources -- food, water, and, yes, oxygen. They would also have extra supplies to fix the ship in case something, like an O2 scrubber breaking, were to happen. But even if they didn't have the parts somehow, NASA knows how to adapt just about everything on a ship to cover the jobs of other things (just look at the Apollo 13 mission). If something this were to happen, NASA-types would step in and a solution would be found.

And that doesn't take into account, as others have pointed out Online, that Michael is found in a duct while the mission is still pretty close to Earth (closer to Earth than a mission to the Moon would be). The crew argues that they're already too far to turnaround, which is silly. If something like this were to occur, the mission would likely be scrubbed. There's no way a private company wants to see an asset like this multi-million dollar ship go out into space and never come back because there wasn't a crew to guide it. Nor would they want the bad PR of all of the crew dying because the ship was broken. The mission would be scrubbed and the crew would return home. Sure, maybe they would try again a few months later, maybe they wouldn't and the next mission would get trained up, but this specific scenario in the movie would never happen.

This was all I could think about while the movie played largely because the film itself is an absolute snore; The Martian this is not. I like the actors they hired from this film, for Kendrick to Collette to Dae Kim, and normally all of these stars can turn out solid, charismatic performances. This film, though, stifles their chemistry; all the leads are duds here, given overwrought, melodramatic material that can't be livened up no matter what they do. The film is supposed to be about some kind of no-win scenario, but it's the audience that's really losing having to hang out with these tedious characters.

It doesn't help that the film is poorly directed and shot. There are only three sets, really, in this whole film, effectively making it a bottle episode in movie form, and everything is filmed from either wide shots or shot/counter-shot perspectives. There's a lot of talking heads but very little action, while even the climactic set-piece (of a couple of crew members scaling the exterior of the ship to find supplies in the launch vessel) is a chore due to the way its filmed. The focus is on the set, not the characters, and there's no actual drama to anything they do. 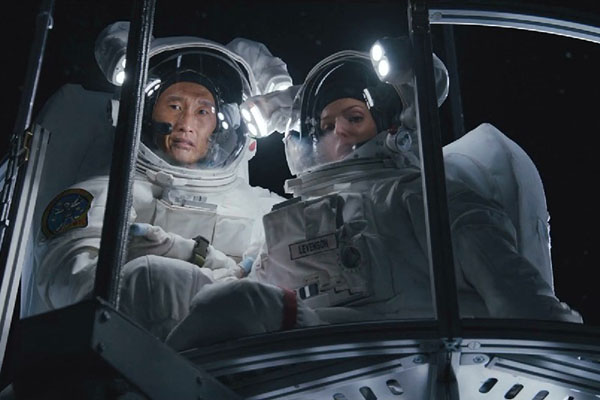 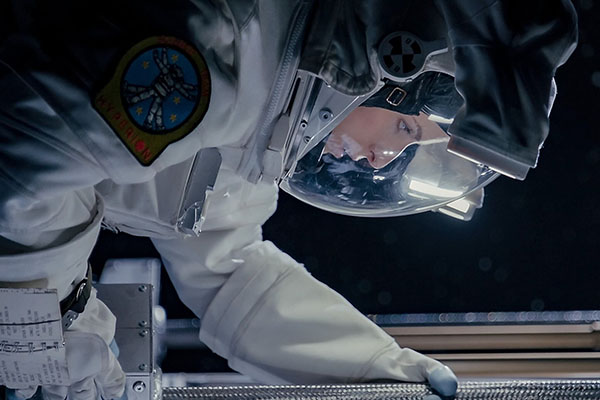 But the thing that annoyed me more than anything else (and, yes, this is a spoiler for the end of the film) was how the movie is resolved. So the crew realizes there's a supply of O2 from the station's launch that they could, in theory, tap into. Two of them, Zoe and David, scale the ship to the vehicle, grabbed to canisters of O2, but are forced to leave one behind due to an incoming solar storm, and then Zoe loses the other off the side of the ship. Each canister, mind you, could provide enough O2 for one extra crew member. This then leads to Zoe sacrificing herself to get one more O2 canister, dying on the outside of the ship due to solar radiation but saving everyone else. Bear in mind that she's the only one with medical training and now she's dead at the start of a two-year mission. What are the rest of them supposed to do if they get sick, or injured, or need an emergency procedure. Good job, Zoe, you just doomed them all.

In essence, this film is stupid, boring, and poorly made from start to finish. I like the actors involved here I just wish they were in a much better film. This film is as far from The Martian as you could get: that film was good, this one is not.