There's Something About Rey

Speculation on Storylines for the Upcoming The Rise of Skywalker

Having watched through just about all the Star WarsThe modern blockbuster: it's a concept so commonplace now we don't even think about the fact that before the end of the 1970s, this kind of movie -- huge spectacles, big action, massive budgets -- wasn't really made. That all changed, though, with Star Wars, a series of films that were big on spectacle (and even bigger on profits). A hero's journey set against a sci-fi backdrop, nothing like this series had ever really been done before, and then Hollywood was never the same. I can (barring the occasional Ewok adventure or Holiday Special), I've noticed some trends that could point the way to what's going to happen in the last film for the current trilogy, The Rise of Skywalker. Specifically, I get the vibe that the film is going to flip the sides of good and evil on us, a kind of rug pull J.J. Abrams loves so much. 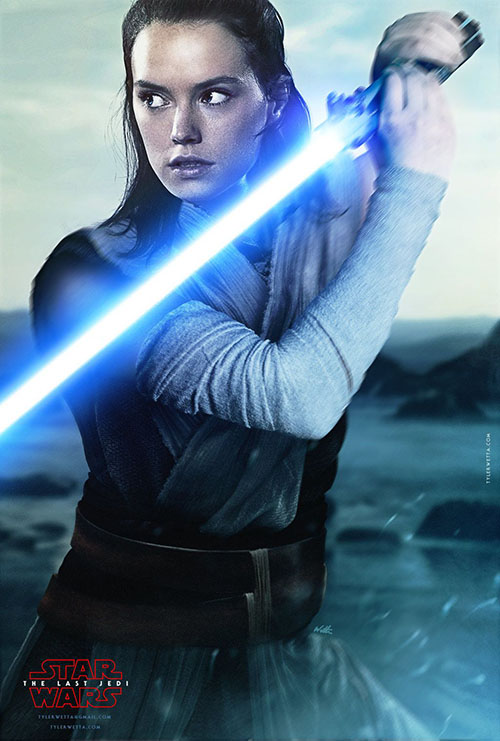 Let's start at the beginning, and by that we have to follow the path of Anakin Skywalker. Although the movies, in release order, start with his son, Luke, I feel like Anakin is where we need to begin not only because current villain, Kylo Ren, is Anakin's grandson but also because Kylo is absolutely obsessed with his grandfather. He worships the helmet of the fallen (reformed) Sith and absolutely feels like he's following in the path of his grandfather by being part of the First Order, their Sith Lord enforcer. Anakin followed a specific path over the course of the movies, from Jedi padawan in Attack of the Clones to fallen Jedi/Sith Lord in Revenge of the Sith, and finally finding the good again right before the end of Return of the Jedi.

I mention Darth's history because there's a parallel to his story and that of Kylo's. As we saw in flashbacks in The Last Jedi, Ben Solo was a strong, but flawed, Jedi padawan (like Anakin) who had a flawed but well meaning teacher (Luke stepping in for Obi-Wan, and really rocking a similar look). Then, a powerful Sith lord tempted Ben over to the dark side (like the Emperor and Anakin) before remaking the boy into a Dark Knight. The only Jedi still around, Rey (standing in for Luke in this position), senses the good still lurking in the fallen padawan and thinks they can reform them. More than likely, if the movies continue to parallel, Ben does finally get his redemption just before the end of The Last Skywalker. It fits in that regard.

Also bear in mind that this trilogy of films -- The Force Awakens, The Last Jedi, and The Rise of Skywalker -- have been slavish in their devotion to the original trilogy of films. We had a stand-in for the Empire, we had the Republic reduced to a bunch of Rebels once more, we had another Death Star (Starkiller Base). Adding in all the original characters from the series (with their original actors) and you have a new trilogy of movies that's constantly riffing on what came before. Giving Kylo a path parallel to Darth Vader makes perfect sense; it's a one-to-one path just like these movies love.

While Kylo's path seems obvious, he's only half the equation for the theory I have baking in my head. The other half is Rey and the path she's eventually going to find herself on. Rey is a special kind of lady, headstrong and powerful and, if we hadn't been told in Episode VIII that she didn't come from the Skywalker line, we'd expect she's some long-lost daughter of Luke. Sure, Kylo is the one that said that she "came from nothing" after getting her to realize her parents were "nobodies," and while he might be a Sith and a liar, let's assume for a second he's really telling the truth. At the very least that means that Rey is just one of the natural Jedi to crop up in the universe; in a different era she would have been discovered by the Jedi Council and trained from a young age to be a great Jedi Master. The Jedi are gone, though, so Rey has to figure out all her nifty powers on her own. 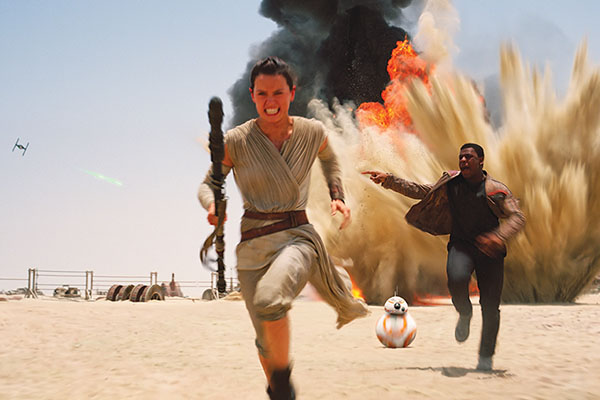 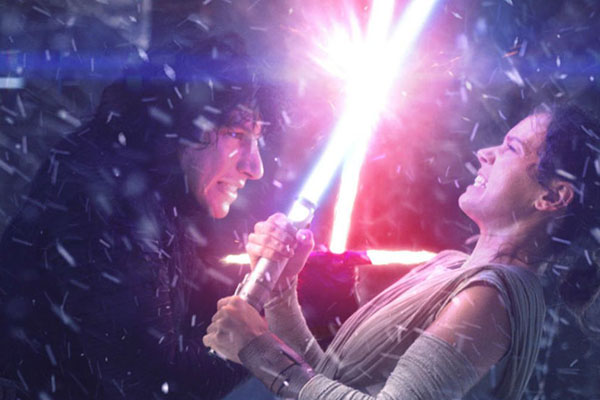 That's all well and good as it makes her a parallel for Luke in A New Hope (and we know how much these movies love to parallel the original trilogy), someone that has to figure out how to be a Jedi on their own. Thing is, Luke came from someone: Anakin. He's a powerful Jedi because he, presumably, has a high midi-chlorian count just like Anakin did (and it's also why Leia has Force powers and why Ben is such a strong Sith Lord). Rey having all her powers without a parent to give them to her is an aberration in the universe as the strongest Jedi come from somewhere.

Rey is a strong Jedi. As we saw in Episode VII, Rey very quickly develops a connection to the Force soon after hearing about it from Han Solo. Very quickly she develops the ability to resist Kylo's Force choke and, in that same interaction (where Kylo is trying to torture information out of her), it also seems like she starts to learn to read people's minds. After that she exhibits the ability to do the Jedi Mind Trick on a hapless stormtrooper (without even knowing that's something she could do). And then later, in a battle with Kylo she uses Force Pull to grab her lost lightsaber and then exhibits lightsaber fighting prowess, winning the duel. It's like she's already essentially a fully trained Jedi her first day on the job.

In the second movie, Episode VIII, Rey seems even more powerful than she was in the previous film. She says it was like something inside her is awake, a new power she can't completely control. Here we see her going about lessons with Luke, tapping into Force power to put some of the on-screen masters to shame. Oh, and she gains the ability to see visions of the future, something only Anakin and the Emperor so far had been able to do.

So let's go back to Kylo's comments for a second here. His conversation with her states that her parents were "nobodies" and that she "came from nothing" and we assume that means they were just random plebes, Jakku junk traders that fled the planet and left their daughter behind for some reason. But what if the conversation was actually telling us the literal truth: what if Rey literally came from nothing. I think she probably had some birth mother but it's entirely possible she didn't have a birth father, and the reason I say that is because Anakin didn't either; he was a virgin birth, created by the midi-chlorians themselves (a plot development I thought was stupid at the time and still don't really like, but alas). Maybe Rey's mother was some random woman, maybe even a Jakku junk trader markets, and after she got pregnant (with no clue how) she just gave up the babe and fled (or was taken away) to parts unknown. 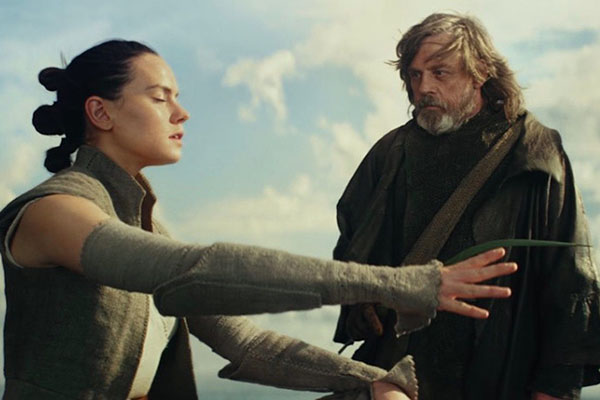 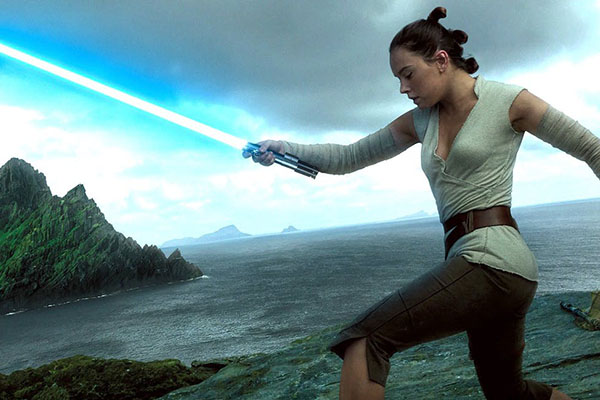 Now, normally I don't give in to Internet speculation -- I'll do it myself because this is my platform to shout wildly into the void, but in general nerds (myself included) come up with really wild ideas for their favorite franchises that amount to nothing (no matter how spot on I might have been about Peter Parker and Tony Stark) -- but there is a compelling theory about Rey parentage floating out in the void right now. Based on the footage we've already seen from The Last Skywalker, the drips and drabs Disney has given us to prime the next film, we have seen that Rey will at some point don a dark outfit and some some kind of double-bladed red lightsaber. Many think this is just a dream sequence and that Rey was just seeing a dark vision of herself. However, we also know that the Emperor is coming back in some capacity, maybe as a Force Ghost.

The Internet theory then states that the "nobody" Rey comes from is a virgin birth from the Emperor's own midi-chlorians or his expelled Force Energy or some nonsense like that. This explains why she's so good at the Force instantly: she already knows how to use the Force, deep down, because she's the Emperor reincarnated. Everything we've seen her do, everything she just seems to instantly know, can be explained by the unusual circumstances of her birth. It also sets up an obvious path for her in The Last Skywalker: she'll see the Emperor's Force Ghost, have him in her ear and then, before the big climax of the movie, Rey turns to the dark side as the next coming of the Emperor. We can also see Ben, in this scenario, then shifting back to the Light Side (to balance the Force, as they say), leading to the "Rise of Skywalker" has Ben has Skywalker blood in him. It fits in a neat little way.

Plus, let's face it, these trilogies have each been about the same kind of hero. Anakin, Luke, and Ben are all cut from the same cloth: powerful Force users that are also impulsive, sometimes prone to bouts of anger, often reckless, and whiny to various degrees. Making the last film become about Ben's redemption in the face of a new threat to the universe (Empress Rey) fits that model. And, really, it's the kind of think J.J. Abrams would do.

Remember, Abrams was one of the creative forces behind Alias, Lost, Fringe, and Person of Interest, all shows with twisty mythologies and a lot of puzzles baked right in. Even Felicity, a show that seemed like just a teen college drama, suddenly had a magical storyline/time loop plot line thrown in during the last season because J.J. Abrams. So him pulling out the rug from us like this is in character. Making us care about Rey for two movies before making her the villain and switching the villainous Kylo Ren to be our hero seems right up his alley. The clues are already there, the breadcrumbs dropped. Now we just get to see if this happens. 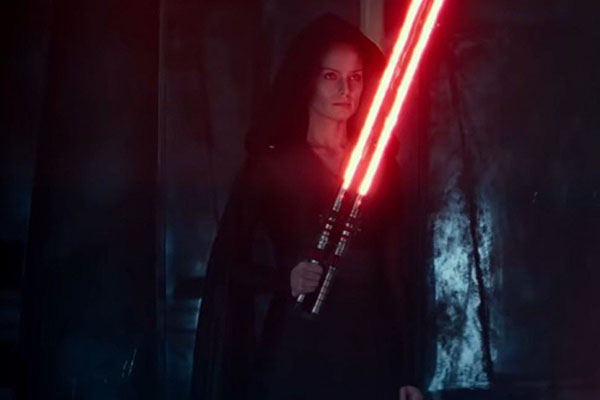 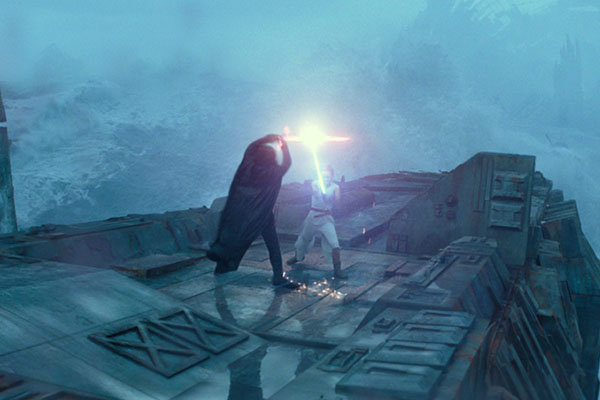 Chance This Speculation is Correct:

I'd give this 40% odds. While I like the idea of Rey suddenly becoming the bad guy (and Kylo switching back and being a good guy after learning how ineffectual he is as the leader of the First Order), I feel like that's too far from a Hollywood ending for the Star Wars series. The clues are there to justify it but I'd say it's more likely the Force Ghost of the Emperor shows up because he senses her power and tries to get her to the Dark Side. She probably has a vision of her Dark self, freaks out, and that's the end of it, with her pushing the Emperor away and her (and Kylo) fighting him off together. That sounds like a fitting conclusion to the trilogy that Disney would approve of.