The Rebellion Needs You!

Any time you have a prequel you have to spend time justifying why the prequel has to be told. What makes this special, what part of it's story properly informs what we already know? It's a struggle because if you delve too much into story we've already seen then a prequel feels inessential. No connection, though, and it's barely a prequel at all (which isn't always a bad thing). 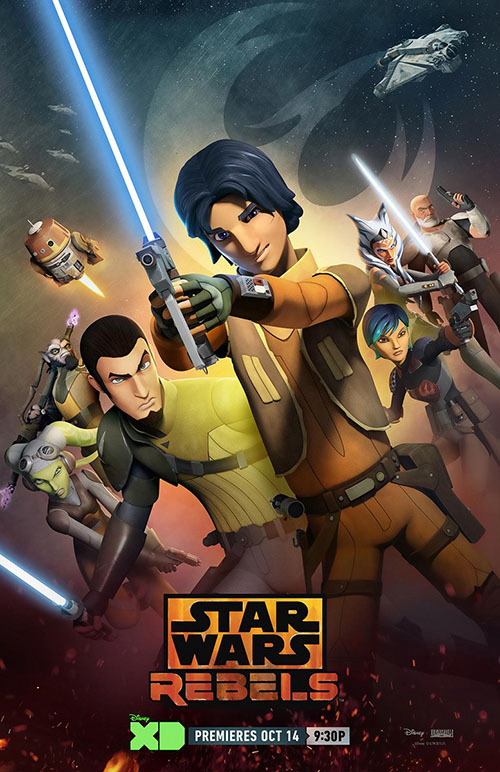 As I noted in my review of the first season of Star Wars: Rebels, the series manages to thread that line, finding the right way to play in the sandbox of the Prequel and Sequel trilogy while still making room for its own stories and characters in a way that actually feels vital to the overall franchise. Where The Clone Wars often struggled to find its own path away from the Prequel films, Rebels has no problem, telling its own stories.

Heading into season two the big question to answer was simply one of: where could the show go from here? In response the show takes us deep into the burgeoning Rebellion. While the show is called "Rebels" what the series really wants to document isn't the Rebellion in full swing but the early days of it, as the Rebellion slowly forms and becomes a viable alternative to the Empire. At the same time it works hard to show the actual contrast between the two sides, coloring in the background so that we understand more of what the Rebels are fighting for while, at the same time, truly showing off the evil of the Empire.

This second part is actually more interesting to me because it actually adds much more to the universe than one might otherwise expect. Star WarsThe modern blockbuster: it's a concept so commonplace now we don't even think about the fact that before the end of the 1970s, this kind of movie -- huge spectacles, big action, massive budgets -- wasn't really made. That all changed, though, with Star Wars, a series of films that were big on spectacle (and even bigger on profits). A hero's journey set against a sci-fi backdrop, nothing like this series had ever really been done before, and then Hollywood was never the same. struggles to add nuance to its depictions of the "bad guys". Instead of fleshing them out in detail the series relies on basic Hollywood conventions, like giving the Empire the style, and graphic design, of Nazis, to short-hand how evil they are. Of the main movies, the only villain with any nuance is Darth Vader, an absolute bad-ass of a character to be sure. But as the series has focuses more and more on Emperor Palpatine (thanks Sequel Trilogy) the characterization of its villains has gotten more and more shallow.

While Rebels won't change your opinion on the Emperor it does color in the evil of the Empire itself. What we see is an organization populated, top to bottom, by petty dictators and casually evil military leaders. This actually makes sense as, to run an Empire such as this with such widespread and widely-reported evil, you would need a whole power structure to supports and fosters this evil. Like attracts like, and it's clear from who all is in charge at every level that the Emperor, Sith Lord that he is, wanted a very specific kind of government under his rule. 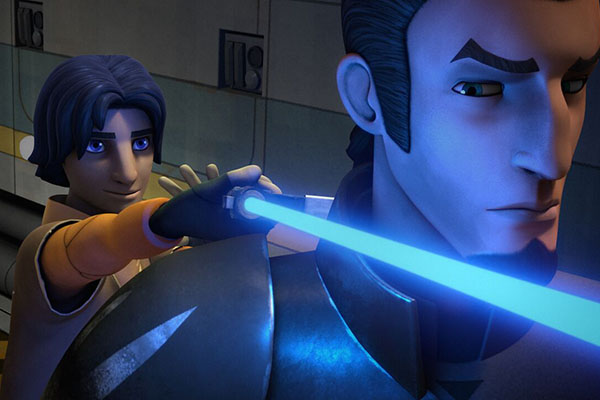 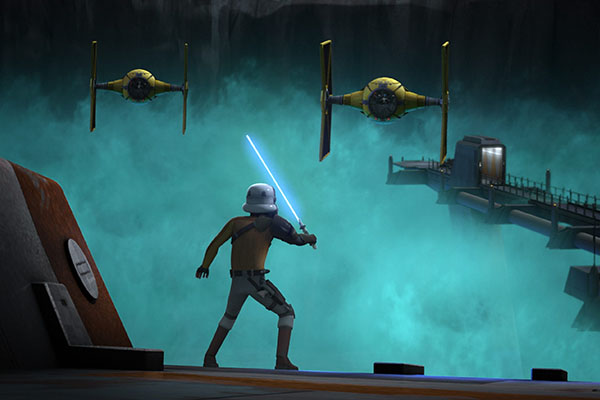 I will say that this show struggles more with Darth Vader, and I think this is because while the show isn't a sequel to The Clone Wars it certainly acts like a sequel. We have Ashoka show for regular appearances here, leading a band of rebels as she slowly tries to fight back against the evil of the Empire. The times she interacts with Vader, and slowly realizes just who is behind the black helmet, are some of the best for her character. Vader, though, was once Anakin Skywalker and his abrupt change to this evil villain from the guy we knew over on The Clone Wars doesn't really work for his character. I know that heel turn happens (stupidly and poorly) in Episode III: Revenge of the Sith, but considering how much time we spent with Anakin in The Clone Wars, coming face to face with his old apprentice should do more for his character than we see.

As for our main cast, they're still delightful. Their arc this season is all about getting into the Rebellion proper and learning to be part of an even larger team. They were just scavengers and pirates before the Rebellion became a real thing, and now they have to work within an actually defined military structure. It's something some of the characters, like Kanan, struggle with as this new way of doing things means they can't just act on their own impulsive desires. The world is about more than our six rebel heroes, and that's a change everyone has to get used to.

I actually really liked watching the rise of the Rebellion this season because it's a part of the Star Wars lore that had only been hinted at but never explored on screen. If all you did was watch the movies you'd think the Republic became the Empire and then the Rebellion just existed, fully-formed. But considering the end of The Clone Wars and Episode III, with the Emperor taking total control, slaughtering the Jedi, and spreading his clones far and wide, that couldn't have been the case. A Rebellion like this had to take time to grow and form and this second season really shows that evolution.

Without the Jedi order being around, Rebels is also better able to explore what it means to be a force-wielder in this new order. Kanan and Ezra struggle with the right and wrong all the time, trying to find their path when they are, basically, the only two Jedi left (and Kanan never officially became a Jedi Knight). We do have Ashoka as well, but as she states a couple of times during the season, she's not a Jedi but something else. All three circle around the neutral aspects of the force, finding something not truly representative of the Jedi Way but still honoring the basic tenants of good and justice. 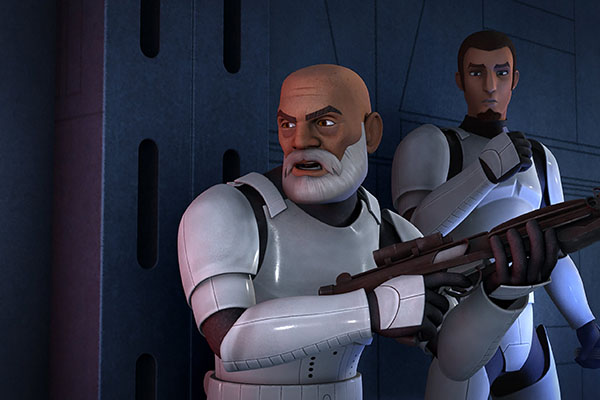 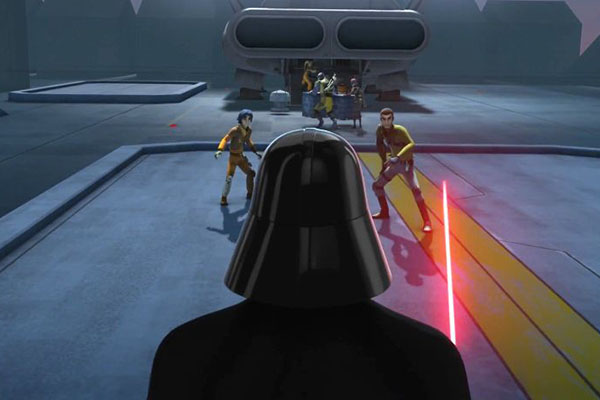 In so many ways this season is a solid evolution of what came before. It adds color and context to its previous season, and fleshes out so many events that were only hinted at by the movies. Better, though, it continues to give us a compelling tale of heroes only loosely affiliated with the Rebellion, removed largely from characters we know. it helps to make the Galaxy Far, Far Away feel like more than just one long incestuous collection of the same characters showing up again and again. "Oh, you're Palpatine's cousin? Me too!" Instead we get real characters, new storylines, and a lot of exploration of the Saga without all the focus being on the Skywalkers and Palpatines.

Considering how far the Sequel Trilogy managed to fall, it's easy to look at Rebels and see the direction a Star Wars series should take. There's plenty of tales to tell in the Galaxy Far, Far Away, and this second season of the show proves it. This is Star Wars honored and respected with stories that actually matter.