I am not a Star WarsThe modern blockbuster: it's a concept so commonplace now we don't even think about the fact that before the end of the 1970s, this kind of movie -- huge spectacles, big action, massive budgets -- wasn't really made. That all changed, though, with Star Wars, a series of films that were big on spectacle (and even bigger on profits). A hero's journey set against a sci-fi backdrop, nothing like this series had ever really been done before, and then Hollywood was never the same. fan. My love for the series starts and ends with the original trilogy -- Episode IV: A New Hope, Episode V: The Empire Strikes Back, and, to a lesser extent, Episode VI: Return of the Jedi -- and the second midi-chlorians were introduced to the series I all but shut off. Sure, there have been some bright spots, such as the later seasons of Clone Wars and much of Rebels, but it's fair to say that when a new Star Wars product comes out, I can barely elicit more than a sigh. 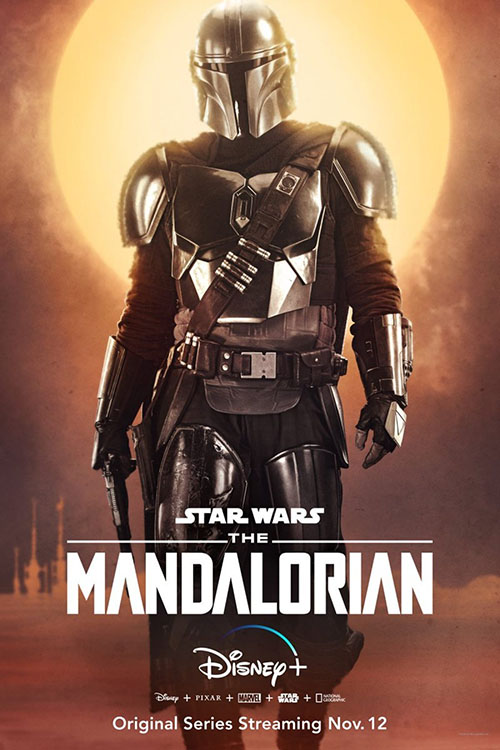 That is until The Mandalorian, the new Star Wars TV show that just aired the last episode of its first season on Disney+. Unlike so much that's some out from Lucasfilm in the last few years, I enjoyed this new show without any qualms or reservations. It's weird for me to say that about anything Star Wars, but The Mandalorian is really the first thing to come out of the franchise since the original trilogy that I can recommend wholeheartedly. It's fair to say that, right now, this show is the one reason you need to get the new Disney-branded streaming service.

In the series we're introduced to the Mandalorian (Pedro Pascal), a nameless warrior (that most people just call "Mando") who works as a bounty hunter for the guild. The first missions we see him on is to grab a person, "the Asset", from a group of scummy warriors on a desert planet. He does so (with the help of an IG-series bounty hunter droid, voiced by Taika Waititi) only to discover that the "asset" is actually a baby alien (the so-called "Baby Yoda", even though it's not actually Yoda but just one of his species). Although Mando initially turns Baby Yoda over to the client, an ex-Imperial officer played by Werner Herzog, he has a change of heart and soon barges into the Client's enclave, stealing back the baby.

The two, Mando and the Baby (which is the name of a different but equally interesting show I'd watch) then have to go on the run to avoid these Imperial stooges, forcing them to venture all around the galaxy to man a back-water to avoid detection. This also forces Mando to take on a number of jobs he'd otherwise avoid just to keep the baby safe. Sometimes you have to do the wrong things for the right reason, especially when you work in the criminal underworld of a Galaxy Far, Far Away.

The first thing many people point out when discussing The Mandalorian is that the show feels less like a Star Wars series than a Western. It's fair to point out right now that the franchise has always been indebted to Westerns and, more specifically, the same genre Westerns pulled from as well, samurai films. Akira Kurosawa was a huge influence on George Lucas, to the point that the director acknowledged borrowing many ideas from Kurosawa's films, the same films that could go on to inspire countless Western flicks (including The Magnificent Seven). So to say that The Mandalorian is more of a Western than Star Wars is a bit of a misdirect. I think it would be fair to say that the energy of the show is different from Star Wars and that, more to the point, the perspective of the series is different from the epic tales the movies are focused on. 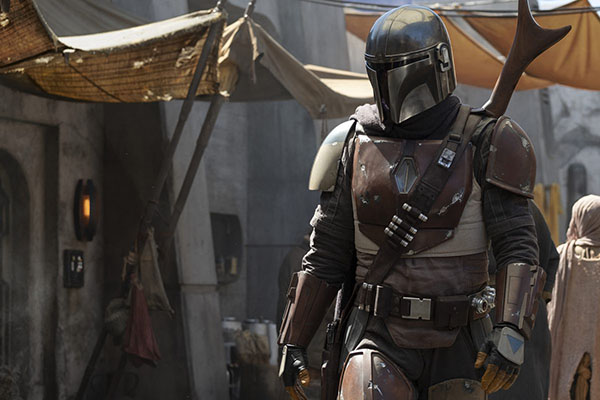 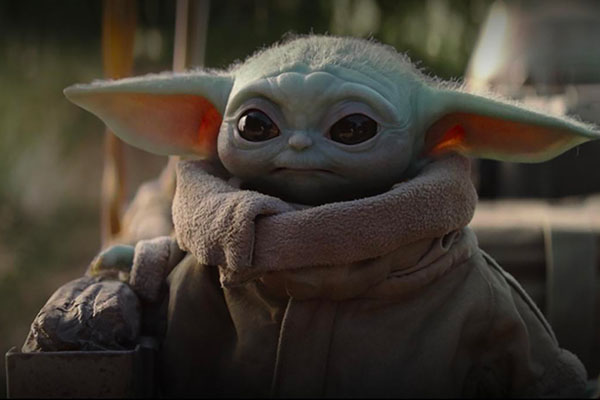 It's clear from the opening shots of the show that The Mandalorian is more focused on its core character than any of the Star Wars films. If the one movie ostensibly about a single character, Solo, was really an ensemble piece. By contrast, The Mandalorian is very much a solo adventure, just our hero out on his own, doing the right thing even if it gets him killed. Whoever else may show up, including Baby Yoda, they're all secondary to Mando and his story. He's the focus, such that when he standard against the setting sun, drifting off into the distance, it has a different energy to it than even when a similar shot was used in the very first movie with Luke against the backdrop of Tatooine.

But a lot of that also has to do with the type of character we're working with here. Mando isn't like Luke or Leia, Rey or Finn or Poe. He's closest to Han Solo from the first movie, a guy just out for himself and the cash he needs to keep moving, although deep down there's more to they guy than anyone gives him credit for. But while Han eventually raised himself out of the criminal underworld to be a leader of the Resistance, the Mandalorian stays mired in his world of scum and villainy. He may have a noble mission, to keep the baby safe, but he does so while still very much a part of the seedier part of the Galaxy Far, Far Away.

It's the setting more than the story or characters or filming style that really make The Mandalorian feel like a Western. While Episode IV might have started on a back-water planet, it eventually opened up its scope to explore the Empire and its grand plans, eventually widening to an epic battle between good and evil on a massive starbase. Mando never has that shift in scale, even when ex-Imperial officers are getting in his way. Everything remains focused on the small towns, the crappy watering holes, and little tucked away planets. When Mando ends up at a new locale it's as the lone gunman, the only guy that can solve a problem for a small group of plucky survivors. The sections of space he travels around are the little small towns of the Old West, places with a single tavern, a few residents, and a whole lot of prairie on the outskirts. There's nary a sight of massive cities or giant starbases for Mando, just the little nooks and crannies where scum and villainy reside.

In that way The Mandalorian ends up telling a tale aligned, in a way, with the casino planet story of Episode VIII: The Last Jedi. Both were concerned with the outskirts of the war between the "Empire" and the "Rebels" (whatever version of it was battling), and both try to show that there's much more going on in the underbelly of the Galaxy Far, Far Away than the movies generally let on. Not everything is black and white and, outside the Rebellion and the Empire, things can get pretty grey. This adds necessary depth and nuance to the series as well as giving us, the audience, a chance to see new kinds of stories since in this universe (something the J.J. Abrams trilogy otherwise failed to do). 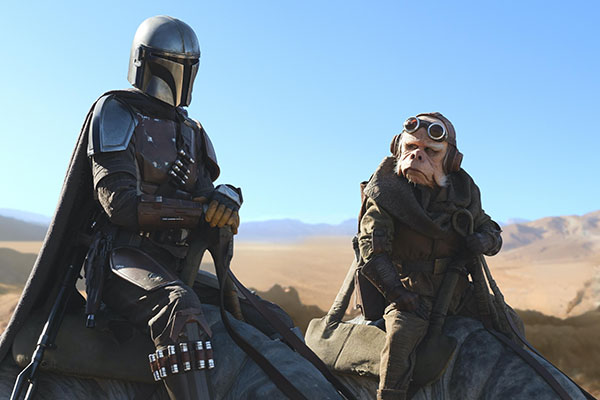 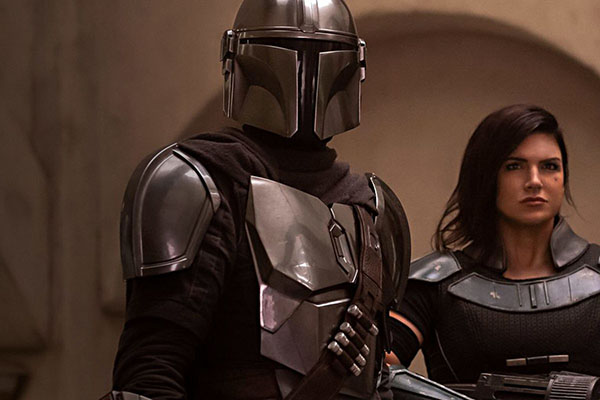 The Mandalorian, though, does a much better job at showing us stories outside the context of Empire and Rebels. Many of the characters may have had dealings with the Empire or the Rebels/New Republic but they don't really have a man in the war at this point. The closest we get to those politics is when the Imperials officers show up for Baby Yoda. The rest of the time the stories of the war are color for our characters, like tales of the Civil War in a Western. Each side had its heroes and villains but more people in the galaxy are just trying to get along, keep their head down and live their lives. You don't traditionally see that in Star Wars and this show is better for it.

Of course, what really helps more than anything is that the stars at the center of the series are so good. Our hero, the Mandalorian, is played with aplomb by Pascal in a role where we don't get to see his face. His acting is done entirely through voice and body but the fact that Pascal is able to give us a full character despite us never seeing his face is a testament to how good of an actor he is. Plus, of course, he's aided by Baby Yoda who is one of the cutes, most likable puppet characters I think I've ever seen. Baby Yoda not only steals the show so often in his scenes but also helps to humanize the "otherness" of Mando. The pair are great and really drive the series forward.

Seeing these two travel the Galaxy Far, Far Away, getting into all kinds of classic Western stories and dealing with troubles is a trip. They go from a planet to protect a town of people, then have to deal with a bunch of ex-associates of Mando who want nothing more than to kill our hero. In the process we learn so much about the Mandalorians and their culture, post Empire, which shades not only our hero but also many of the Mandalorians we've seen in other productions. This series does so much to deepen this universe and it does so while providing solid characters and rip-roaring tales. For the first time in a long time I truly enjoyed a Star Wars production and it's because so much of this show was designed to do something we haven't really seen before from the franchise: tell us a new tale in this familiar setting.

Whether you're a fan of the movies or are hoping for something different, The Mandalorian has everything you want in its first season. It's a solid adventure with great characters, good action, and a decent amount of twists and turns to keep you engaged. Plus it shows us a story we haven't seen before in the Galaxy Far, Far Away. More than anything, The Mandalorian does something I thought was impossible: it makes Star Wars interesting again. I'm hooked and already looking forward to the just announced season two, whenever that eventually comes out.