Just Another Day of the Grind in a Galactic Empire

Star WarsThe modern blockbuster: it's a concept so commonplace now we don't even think about the fact that before the end of the 1970s, this kind of movie -- huge spectacles, big action, massive budgets -- wasn't really made. That all changed, though, with Star Wars, a series of films that were big on spectacle (and even bigger on profits). A hero's journey set against a sci-fi backdrop, nothing like this series had ever really been done before, and then Hollywood was never the same. is, by its very nature, easy to make fun of. While some fans might wants to take the film series very seriously (and they do, to an obnoxious degree), there is something inherently silly about space wizards swinging their laser swords to save a universe ruled by Euro-trash Space Nazis. Like, it's thrilling when done right but the series can easily fall into unintentional comedy (just look at the "Hills are Alive" moment from Episode II: Attack of the Clones for an example of that). 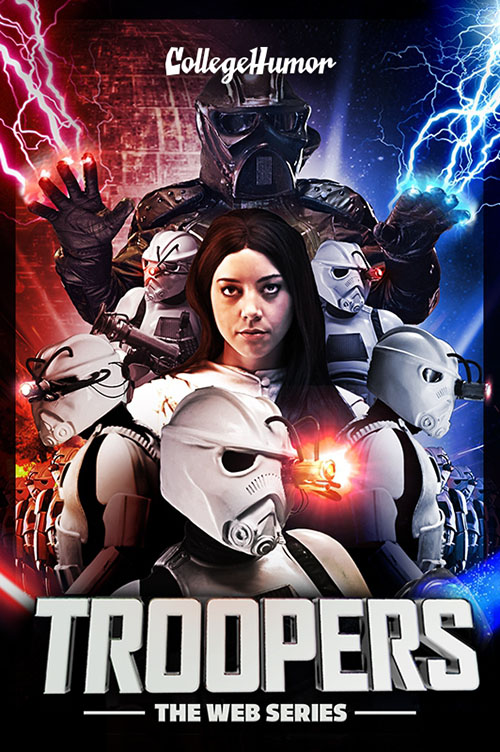 It's nice, then, when a bit of intentional comedy comes along to poke fun at the storied franchise. It's a relief at times when we don't have to take the series so seriously and can just revel in how dumb some of the settings really could be. Every once in a while a parody comes along that really nails the absurdity of Star Wars and make us laugh at the Galaxy Far, Far Away. While I missed seeing it when it originally aired on College Humor, a short little web series that lasted for a year, I'm glad that Troopers exists so we can add it to the canon of good Star Wars parodies.

Troopers follows the "exploits" of two galactic troopers (don't call them "Stormtroopers" as this isn't a licensed work of Star Wars fiction), Larry (Josh Ruben) and Rich (Sam Reich), as they spend their days guarding their post in the lower decks of the Galactic Space Station (that might be a ball but totally isn't the Death Star, we swear). Their primary job is to guard this prison floor and keep a close eye on the Princess (Aubrey Plaza), but mostly it's just the two of them goofing off and failing to do their job properly.

Eventually the series also introduces Dread Lord Sinister (Luke Sholl), our Darth Vader analogue. Sinister is an evil manager, lording over his subordinates and indiscriminately killing them just because he can. He's also a hugely ineffectual manager, unable to keep his command post operating properly and, very often, letting rebels onto his base so they can cause damage and let the prisoners loose. Seeing the two troopers bounce off each other, and then the Dread Lord, help the series create a lot of the humor from one episode to the next.

The series is able to mine a lot of humor out of very little. It has to: the show doesn't have much of a budget, reusing the same sets over and over while also only having three trooper suits for the cast (you'll never see more than three troopers in any one shot). There also aren't any big special effects -- when the (not a) Death Star fires off it's massive laser to blow up a moon, we don't actually see it happen, so the troopers have to improv what it would be like if the moon exploded. Hell, the best special effect we get is a laser sword, and even that is pretty minimal, all things considered. 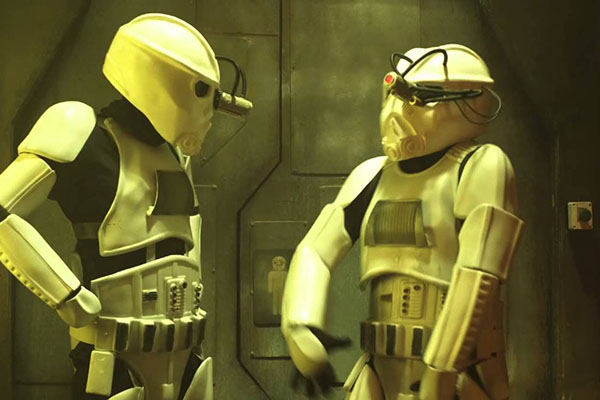 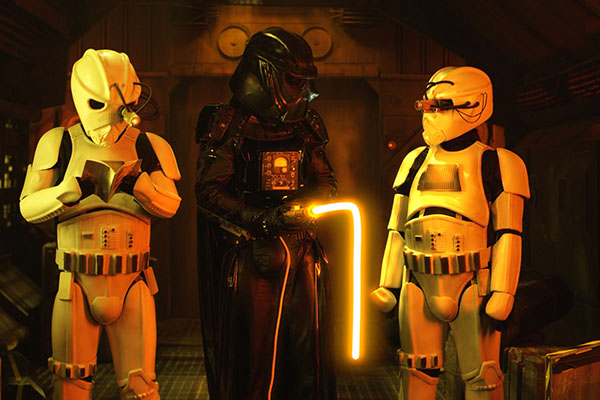 But then, the show is at its best when it's just Larry and Rich hanging out, talking and being stupid. At it's core it resembled Kevin Smith's Clerks (a comparison I'm sure he'd find amusing considering how much his characters talk about Star Wars). It's just two low-level employees hating on their job, trying not to get fired (or killed) while putting in the least amount of work possible. These two have solid chemistry (despite us never seeing their faces since they'll faceless cogs in the Empire) and the show is able to use their genuine affability for its best comedic moments.

Other times, though, the show stumbles. One of its biggest weaknesses is Aubrey Plaza; while I generally like the actress she has to be given the right roles because, frankly, she only plays one character: Aubrey Plaza, detached and disconnected and, generally, pretty emotionless. While that can work in certain contexts, here, as the leader of the rebel army, Plaza's princess is too detached, too above it all. It honestly feels, at times, like she's not even getting into the spirit of it, delivering her lines in a flat tone that doesn't suit all the characters around her. When the show focuses on Plaza's character (for a handful of episodes), it loses its momentum and really drags.

Meanwhile, though I like Dread Lord Sinister on paper -- a combination of Dark Vader and Michael from The Office -- I don't find that he really works in the context of this show. That might be because the series ends up using him a lot, having the Dread Lord become a more common, and more frequent, character in the series over the course of its span of episodes. In small doses I think Sinister could work well, but by the end of the series he's essentially the third lead and the character gets a little lost and muddled at that point. Used as an accent, Sinister is great, but he doesn't work as an effective lead.

Frankly, too, there are a couple of episodes that totally don't work at all. The worst offender is one based around the two guys getting captured by the Rebels. The episode starts amusingly enough, with the Rebels impersonating the two troopers on the mic so they can unlock parts of the prison and rescues people. But then the joke keeps going on, and gets pretty homophobic. It takes a turn I just didn't like at all, certainly one that would only be funny to people who take the name "College Humor" at face value (as in, dude-bros looking for humor along the lines of Animal House). The week points in the season suck, but it is pretty easy to skip these weaker episodes when doing a run of the show. 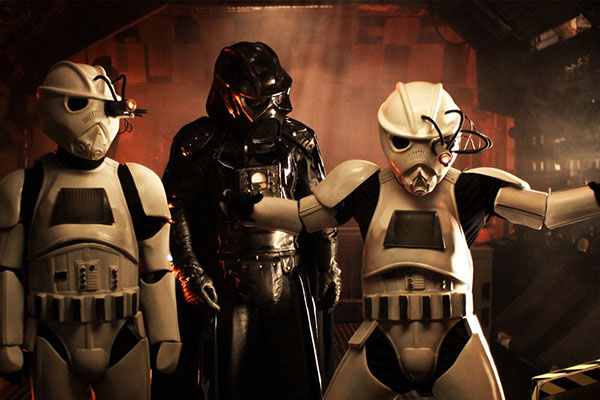 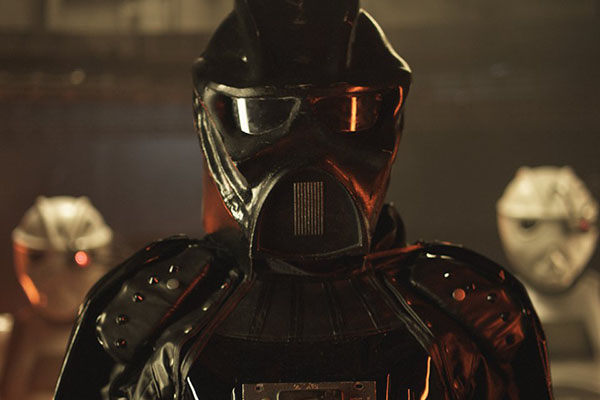 That's really Troopers greatest asset: it's a one-season series with short episodes (none longer than five-ish minutes) so you can easily breeze through it once and then pick and choose what you want to watch again thereafter. However, that same format is also it's big weakness because, with a short run and only a few episodes that are really good (with several more that are amusing but not great), there isn't enough to keep people revisiting the series after that first watch. Troopers is a great premise with a few stories that really land, become a laugh-out-loud riot. Those are the moments people will remember, the episodes they'll talk about fondly years after they watched the show.

But it's also pretty clear why the show only went one season: it's good but not great, funny sometimes but too awkward at other moments. It really nails that perfect Star Wars vibe and, for a few moments, even finds the sublime level of humor to truly parody the series. I left my watching of Troopers enjoying it over all. I just don't know if I'll go back to watch any of the episodes again after this.