It's All About Family

As I've noted before, I am not a Star WarsThe modern blockbuster: it's a concept so commonplace now we don't even think about the fact that before the end of the 1970s, this kind of movie -- huge spectacles, big action, massive budgets -- wasn't really made. That all changed, though, with Star Wars, a series of films that were big on spectacle (and even bigger on profits). A hero's journey set against a sci-fi backdrop, nothing like this series had ever really been done before, and then Hollywood was never the same. fan. I liked the original trilogy of films, but ever since it's taken serious effort to sit through any of the later works. I've sampled the Clone Wars, enjoyed my brief time with Rebels, but generally struggled to care about any o the newer works in the series. 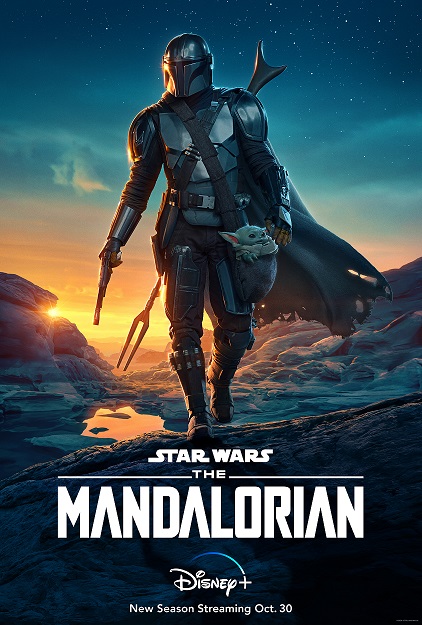 I mention this is because, when I say that The Mandalorian is appointment viewing, I want you to know what that means coming from me. The thought of yet another Star Wars series didn't exactly instill much confidence, but I found myself enjoying the first season of the show, and looked forward to seeing if the series could continue its strong growth in the second season. And it did, it really did.

Let's be clear, it was just a touch rough in the early going of the season. Having escaped from the clutches of Moff Gideon (Giancarlo Esposito), the leader of a part of the fallen Empire, our hero, the Mandalorian (Pedro Pascal) and his charge, the Child (who we eventually learn does have a name) end up traveling the galaxy trying to stay one step ahead of their pursuers while Mando looks to reunite the Child with his kind. At first that means other aliens of his type, but eventually he realizes he has to get the babe over to the Jedi so someone can train the tyke in the ways of the force.

What this actually ends up becoming is a series of fetch quests, of a sort, as Mando and Child travel to a planet, meet someone, do a quest in exchange for their services, and then find the next clue as to where they're supposed to go. This happens enough that if feels almost like a trope, like every episode is going to follow this trope. And it does, right up until the season takes a hard left turn and suddenly flips the script on the story. I won't spoil it here, as the season just ended, but suffice it to say that the rules of the game change later in the season, and the series is all the richer for it.

This whole season, really, is about forcing change on the Mandalorian and his whole world. He started off as a loner, all the way back at the start of the first season, traveling around and doing jobs just to get by (and earn a spiffy new set of armor). But once he took the Child under his care, everything about his world slowly started to change. He gained a quest larger than himself. He gained a cadre of allies he could rely on. He became a hero, a freedom fighter, and a father figure. These are all new facets for the character very different from where he looked to be headed at the outset. 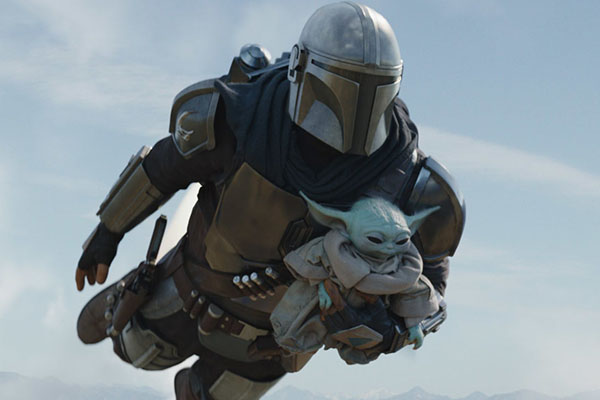 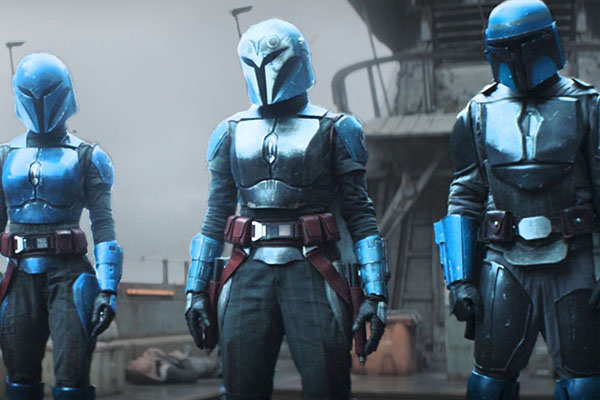 The series, too, has morphed and changed as time has gone by. It started as a Western riff on Star Wars, but it's taken on a larger scope while also bringing in more influences. It's played with Shogun-style storytelling this season before shifting over to grander, space-and-military storytelling strongly in the vein of the main series of films (while remaining better written). And it does all this while still somehow maintaining its unique style and scope.

And then it drops fan-service in to keep all the geeks sitting on the edge of their seats. Much has been written elsewhere about the introduction of Ashoka Tano (played here by Rosario Dawson), who originated in Clone Wars and grew to be a fan-favorite character. She shows up for one episode here (and then will get her own spin-off later), and her story is great. It's just a taste of what's to come as someone else shows up even later in the season (again, not spoiling it) that likely will cause a lot of geeks to freak out.

But while all of this is great, and shows the growth, maturity, and willingness to use the series to tell the shows own story, the core of the show isn't about anything flashy. Instead, what matters most is the relationship between Mando and the Child. Yes, the child is adorable, puppeted well and given such a cute voice. But it's Pascal who really sells the hell out of their relationship, which is all the more impressive as he's stuck behind a helmet for much of the season. The Mandalorian (almost) never takes off his mask, a key point of his character, so everything about the character is conveyed by body language and voice acting. Pascal nails it.

There is a great cast of characters around Pascal, of course. Gina Carano as former rebel turned space-cop Cara Dune, Giancarlo Esposito as the evil Moff Gideon, Katee Sackhoff as heir to the Mandalorian throne Bo-Katan Kryze, Ming-Na Wen as (now) honorable bounty hunter Fennec Shand, and, of course, Temuera Morrison as Boba Fett -- everyone here helps the show and makes it watchable in their own way, but they all pale in comparison to Pascal and the puppet. 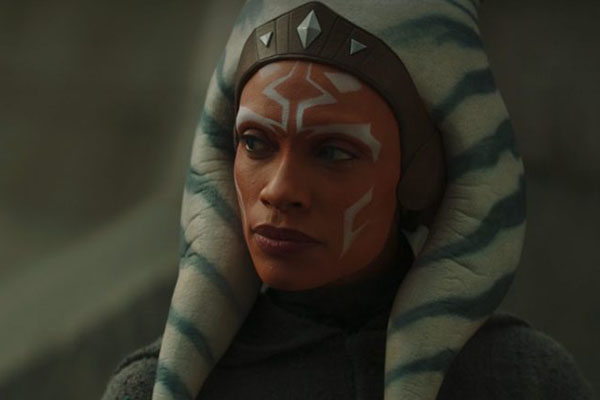 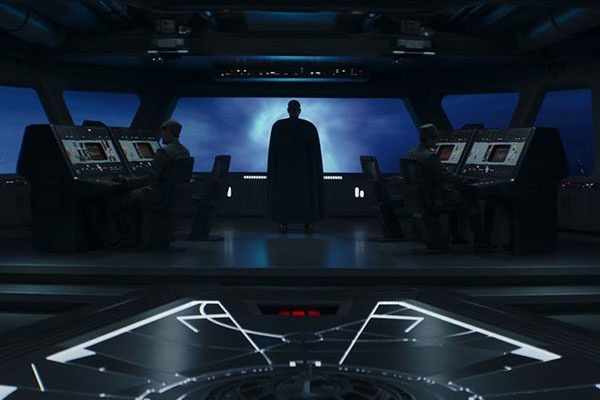 And that's great. The Star Wars movies have had incredible scope but, at their core, they'd always been about a small set of relationship. Luke and Leia and Han, or Rey and Poe and Finn, and now Mando and the Child. The relationship between the two of them is different -- instead of friends, almost siblings (or actually siblings in one case), this is father an son, but it's still a family unit. I think I like this best, though, because it's a different relationship than were used to seeing, and the emotions of it are so well earned.

The season ends in a way that makes us question what will happen to Mando, the Child, and everyone that's come together to support them (it takes a village, and all that), but I also think it ends on such a well-earned note that wherever the series goes, I'm in. I'm sure Mando and the Child will travel the galaxy again (and I so want to talk about how the season ends and I can't because that would be rude) and I look forward to seeing so many more adventures with these characters. This is such a strong, solid season from the show, and has so many new possibilities for where it can go, that the show could go for years yet. And, for once, I really think I'll be there for all of it.