He's Got a Plan, a Notion of His Commotion

It feels weird to still be talking about Star Wars, Episode IX: The Rise of Skywalker. That film came out a year and a half ago (before COVID times), and it's still something nerdlings Online (myself included) continue to rant about, but then when you have a cinematic travesty on this scale and with this level of hubris it's hard to not talk about it, especially when we don't yet have another Star WarsThe modern blockbuster: it's a concept so commonplace now we don't even think about the fact that before the end of the 1970s, this kind of movie -- huge spectacles, big action, massive budgets -- wasn't really made. That all changed, though, with Star Wars, a series of films that were big on spectacle (and even bigger on profits). A hero's journey set against a sci-fi backdrop, nothing like this series had ever really been done before, and then Hollywood was never the same. film to focus our attention on instead. 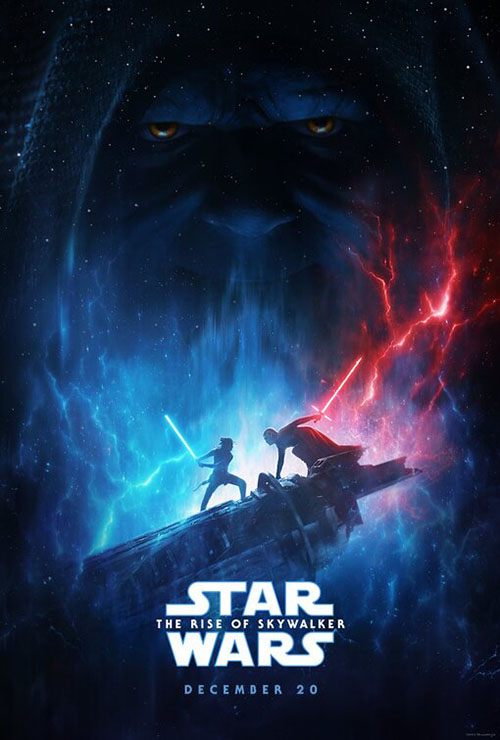 I mean, yes, we've had shows to watch from the franchise, such as The Mandalorian (which is great) and The Bad Batch (which... well, we'll get to that in a different article), but whatever the quality of the shows they don't inspire the same level of hand-wringing and nerd-wailing as Episode IX. Even the bad TV shows are still more sensible, less trashy than Episode IX. The ninth movie in the series is probably the highest-grossing film that, in retrospect, no one really liked (bear in mind that it made just over $1 Bil, so it was no failure, but in comparison to the $2 Bil for Episode VII and the $1.3 Bil for Episode VIII it wasn't a rousing success either).

We don't need to rehash all the particulars of the failures of the film (you can go read the review, and then the Spoilers as well for all that gooey goodness). Instead I want to talk about another tid-bit that's come out about the canon around these films, and that involves Emperor Palpatine. You all remember him, right? The barely glimpsed big bad from the first movies of the Original Trilogy who became "The Guy" by Episode VI. His rise to power was then documented in the Prequel Trilogy, where he went from a Senator to the leader of the Republic and, finally, Emperor in a sly, "play both sides against each other" plan. It was all very convoluted and silly, really, but then no one ever accused George Lucas of writing great political drama.

When we get into the new trilogy of films we had, instead of the Empire and Senior Palpatine a new group, the very imperial First Order, led by Kylo Ren and the barely glimpsed Snoak in Episode VII. This then led to Snoak's big reveal in Episode VIII where he tries to drag Rey over to the Dark Side, only for Kylo to betray him, kill him, and take over as leader of the First Order. That's all interesting stuff and certainly would have set the new trilogy on a different direction from the old films. But then, in the ninth movie, it's revealed that somehow Palpatine survived his death, he was the one behind the First Order, Snoak, and new, bigger threat the Final Order (Palpatine is apparently very big on his "orders"), and he's also Rey's grandfather (via clone sex or something). It's a lot that get crammed into an opening scroll at the start of Episode IX all just to retcon away Episode VIII (because some very vocal Online fans didn't like that movie).

The but that just came out is how, exactly, Palpatine was able to survive his very obvious death in Episode VI. Well, apparently he'd be experimenting with clones during his long tenure as Emperor, looking for a way to survive his own death should it come to that. Man had contingencies on contingencies, apparently, and despite there being no reference to Jedi cloning in the original trilogy, apparently that's a thing he was doing. As it goes, upon his death he sent his consciousness to another waiting body on Exegol, the planet that had the hidden Sith Temple on it. He then had more bodies commissioned, one of which became Snoak, leader of the First Order, and so on and so forth. Everything across these three films of the Sequel Trilogy, then, was all part of Palpatine's grand plan to bring the Empire back, find a proper host for his body (Rey, supposedly), and then place himself/herself atop the throne of the Empire once more. 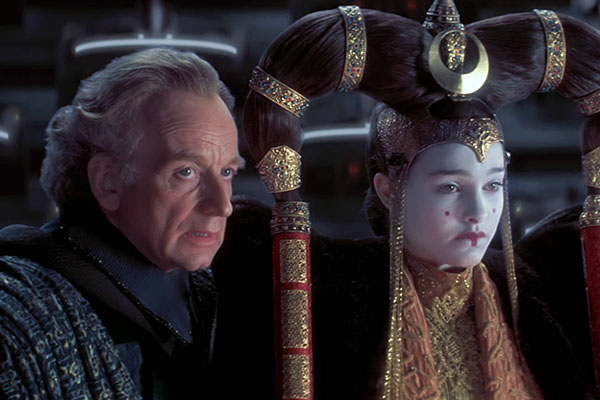 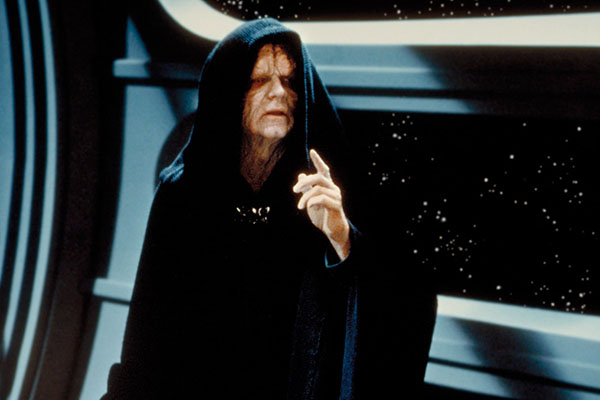 I have a few things about this I want to discuss, and the first is that if the Emperor had a whole base setup where he could send his mind and continue his existence (even if it was in a mangled form, as most of his clones were), why the hell did it take so long for him to get his Empire setup again. Hell, why did the Empire ever collapse to begin. We're supposed to believe, at the end of the sixth film, that killing the Emperor ends the Empire, but if he's still alive in some form the Empire shouldn't have collapsed.

Think of it this way: yes, he isn't in any form to travel, sure, when he's in his clone body (we're shown he's basically attached to the gear keeping the clone alive), but that doesn't mean he couldn't continue running his Empire from wherever his clone body was installed. All it takes is him putting out a system-wide propaganda broadcast, "reports of my death were greatly exaggerated," and he's suddenly still in control. Hell, why only have one cloning lab? As soon as he had gear that could make a workable body he should have sent versions of that tech everywhere. Clearly he could send his consciousness wherever he wanted, across the whole of a galaxy, so why not have backup bodies on stand-by on every planet and starbase in the Empire? Even if a few rebelled at the reports of his death he'd have plenty of others to choose from. he could emerge from his vat, show his face, say, "hey guys, Mondays, am I right?" and then continue running his empire.

This of course speaks to the fact that George Lucas never envisioned the Emperor living and, in fact, J.J. Abrams didn't either when he worked on the first of the Sequel Trilogy. Rian Johnson also didn't expect Palpatine to "wise from his gwave" as his movie, Episode VIII, positioned Kylo Ren as the new head of the burgeoning Empire II. There was no need for Palpatine to be in any of this but, no, we had to go back to a villain that "worked", I guess. New ideas were not to be tolerated.

It also raises another issue that's more meta-textual. The Original Trilogy feeding into the Prequel Trilogy positioned the films as an arc all about Darth Vader. He starts off as kiddie Anakin, becomes a Jedi, betrays all he stood for, becomes a Sith cyborg knight, and then eventually redeems himself years later when he saves his son, Luke, and kills the Emperor. If you add the Emperor into the end of Episode IX and posit that he was the real power behind the First Order and Snoak then the films are no longer about Anakin but, instead, are all about the Emperor. His rise, his claim for the throne, his second attempt at power. Vader is no longer the real focus, Palpatine is. And that's only compounded when you make Rey his granddaughter (or whatever you want to call the daughter of a younger clone of a man) and thus set it so his familial line is really all Star Wars cares about. 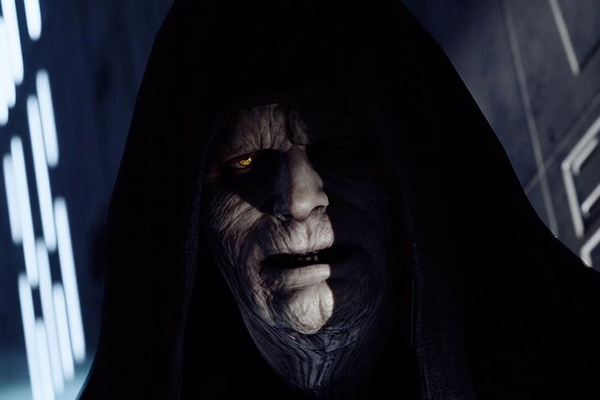 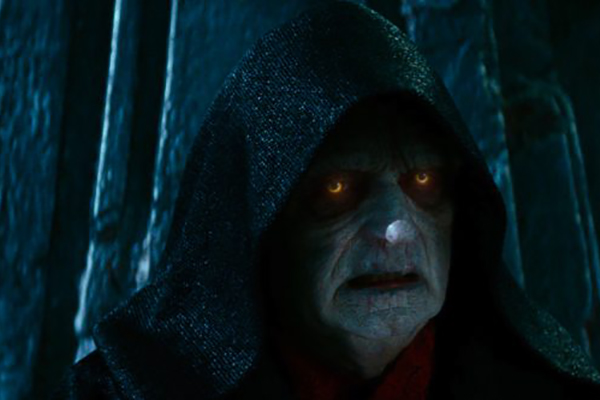 If this whole development had been given more, well, development, that could have been once thing. If we had Palpatine's voice ringing in Kylo's ears in the seventh film, if we'd had a glimpse of Palpatine when Rey went searching for her family, that would have led to the reveal of the Emperor alive and well meaning something. The larger issue, though, is that Palpatine has never really received any development. He was the wrinkly bad guy in the Original Trilogy, and then he was a younger man that slowly became the wrinkly devil in the Prequels. He's never had any depth though as he's always been the same slimy, pretty evil and in your face about it guy across all his films. A character with nuance can support a nine-film arc; Palpatine cannot.

What do we learn about Palpatine in Episode IX that actually informs his character that we didn't already know before? He wants to be Emperor, he will screw over anyone that gets in his way, and he has a thing for giant ships with powerful lasers on them. Aside from coming back from the dead nothing about Palpatine has changed in the slightest in the 40-odd years between the Original Trilogy and the Sequel Trilogy. There's no growth here, no development that makes him a more interesting character. The reason he worked originally was because he was an evil side character controlling the guy that actually had interesting character development: Darth Vader. Remove Vader from the equation and Palpatine is just this ugly dude that lusts for power.

Linking him to Rey doesn't give him that same connection he had to Vader. However poorly the Sequel Trilogy treated its lead heroes they all at least had development. Rey, though, never once showed any connection to Palpatine and it was never in doubt about if she'd join with him or not (answer: no). It would be different if, somehow, Palpatine were involved in Rey's life, if he'd been her father and had been there the whole time, waiting on the desert planet for whenever she came home, only to reveal that he was waiting, all along, to betray her. That's at least something more, a connection we needed. Palpatine, as we have him, is just an insert character for fan service that does nothing for the story.

And now we're back to just ranting about how bad the ninth movie was. Okay, we're done here. Let's just end it on the thought that no amount of retconning the story can save what was obviously a very sloppy decision on the part of J.J. Abrams and Disney, and desperate move to insert red meat for the fans that, instead, betrayed the whole story. Nothing about Episode IX worked, but the Palpatine developments were especially bad. Maybe Disney will reboot the Sequel Trilogy, maybe they won't, but suffice it to say that this movie in particular just isn't worth watching. It's a bad movie made worse by bad decisions all around.