The Past Come Back to Haunt You

Batman: Under the Red Hood

Back in the day there was a "holy trinity" of comic book characters that, no matter what else happened in their respective universes, would never be brought back from the dead. Those characters were Jason Todd (DC ComicsOne of the two biggest comic publishing companies in the world (and, depending on what big events are going on, the number one company), DC Comics is the home of Superman, Batman, Wonder Woman, and just about every big superhero introduced in the 1930s and 1940s.) along with Bucky Barnes and Uncle Ben (Marvel Comics). Of course, eventually Marvel revealed that Bucky was actually still alive, captured by Hydra and turned into the Winter Soldier, while Jason Todd was brought back from the dead during one of the number of "Crisis" crossovers the comics company has done. Uncle Ben has, thankfully, stayed dead (although Marvel had done things like the Ultimate universe with its own version of Ben, so maybe that doesn't count). 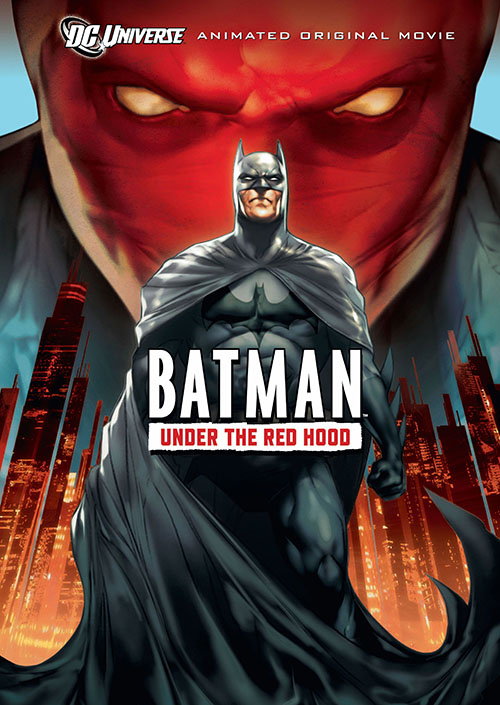 Jason Todd was never really treated well by DC. Originally conceived as a replacement for Dick Grayson (who went off to become Nightwing), Jason was effectively a clone of Dick in almost every way. But then "Crisis on Infinite Earths" happened and the writers took the opportunity to remake Jason, turning him from a happy-go-lucky Grayson-clone into a moody and annoying teen that absolutely no one (especially the readers) liked. DC had ruined the character with their crossover and they had to figure out what to do with him to make it better.

So they killed him off. Well, specifically, it was the readers that killed him as DC did a trashy promotion for it. They ran a series where JokerOne of Batman's first villains, and certainly his more famous (and most popular), the Joker is the mirror of the Bat, all the insanity and darkness unleashed that the hero keeps bottled up and controlled. captured Jason and violently beat him within an inch of his life. Readers then got to phone in a choose whether Jason lived or died after the encounter, and a larger portion voted to kill the kid. So the Joker blew him up and that was that. Jason was dead and BatmanOne of the longest running, consistently in-print superheroes ever (matched only by Superman and Wonder Woman), Batman has been a force in entertainment for nearly as long as there's been an entertainment industry. It only makes sense, then that he is also the most regularly adapted, and consistently successful, superhero to grace the Silver Screen. was left to grieve for the second kid he brought into his "family". And he waited a totally appropriate amount of time before he shoved a third kid into this leftover costume and moved on with his life.

The 2010 Batman: Under the Red Hood adapts that story for DC's direct-to-video market, opening with the final section of that comic series -- Jason, captured by Joker, beaten nearly to death and then blown up as part of Joker's cruel trick. But then we pick up a few years later and suddenly there's a new player in Gotham, someone that knows how to fight, knows how to evade Batman, and seems to be making a strong play for power in the criminal underworld. They're capturing territory, killing dealers, and staking a claim as the kingpin of Gotham.

It takes some time but the world's greatest detective eventually studies the video footage of this new player, the Red Hood, and realizes the truth: they're Jason Todd, the kid they thought was dead all those years ago. And he had been, well and truly dead, but as we learn Joker had been brought in by Ra's al Ghul to deal with Batman and, as Joker does, the Clown Prince took things too far. Ras felt guilt and tried to use his Lazarus Pit to bring back Jason... but it went wrong. The Jason that's back is twisted and wrong and it'll be up to Batman to talk some sense into the kid and see if he can be brought back to the light or if he has to be put down... again. 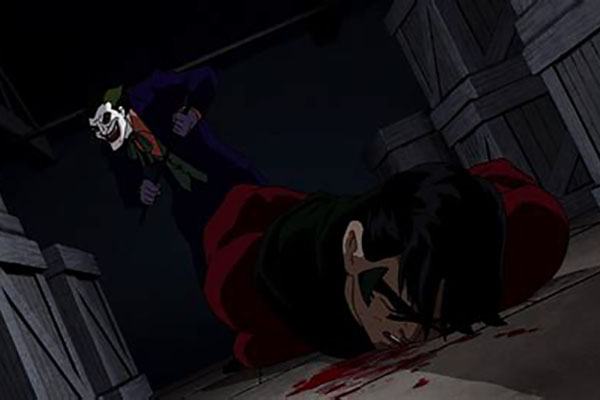 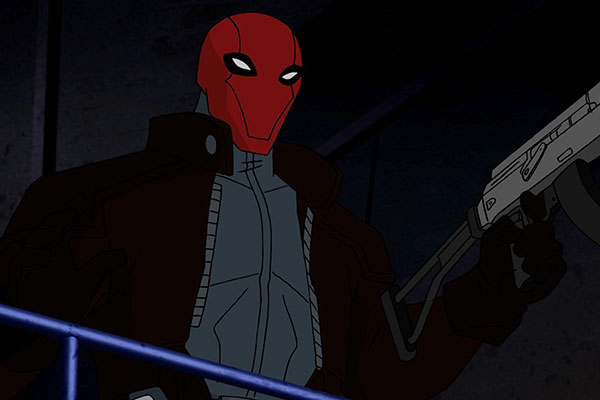 Credit to the film and its writers, they did manage to find a solution to how to bring back Jason Todd that worked a lot better, in the context of Batman and his rogues, than the way the comics did it. In the comics is was Superboy Prime who punched the Source Wall and started rewriting DC continuity, and if that sounds like a really dumb way to do it filled with innate techno-babble no one outside of a DC comics hardcore fan would care about, you'd be right. Lazarus Pits are more commonly mentioned, and while not everyone is going to immediately recognize them when referenced, they're much easier to explain than whatever it was Superboy Prime did (let alone having to explain Superboy Prime).

Having Jason Todd setup this way also gives us a villain that's actually equal in skill to Batman. Most villains the Bat goes up against have to test his "code", force him to make life or death decisions about the people he needs to save, and it's the horrors of these villains that drive those stories. Here, though, we have someone that can take Batman's vision for a better Gotham and twist it, but do it in such a way that they still seem at least like an anti-hero. It's more interesting, for sure, than another riff on the Joker or the Riddler or whatever.

Not that Joker doesn't continue to show up in this film. The Red Hood is attributed as one of his earliest personas (something the character acknowledges here, taking a page from The Killing Joke), and Jason using that persona is meant as a slap in Joker's face. That interplay between the two, and Jason's plans for the Joker, turns this into a kind of hero-villain triangle, which both contrasts where Jason is on the villain scale, by comparison to the Joker, and how much worse he'd be willing to become for a little revenge.

All that being said, the weakest part of the film is the fact that Batman's simple, black-and-white morality wins the day. It's a Batman film so, of course, the Caped Crusader is going to win, but it would have been much more interesting if there wasn't a clear winner or loser here, if the film could have said, "Batman is right, but Jason has some interesting points, and a stalemate makes for a much more satisfying story with potential to grow." That wasn't meant to be, though, as no future stories ever tied into this film to continue exploring their dynamic. 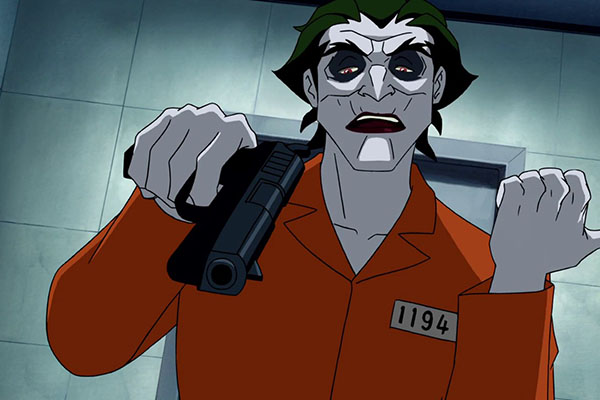 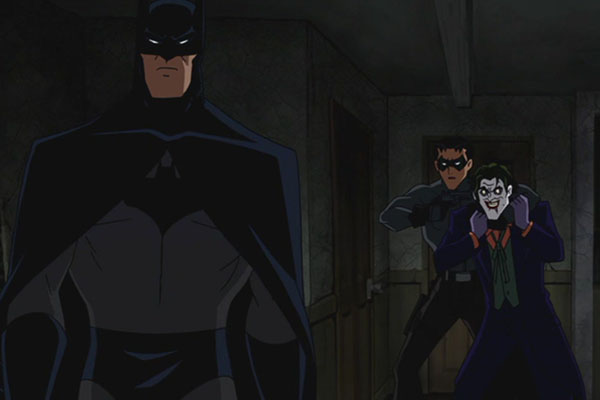 The best we did get, in the form of a continuation, was the 2020 prequel Batman: Death in the Family that essentially adapted the lead in story about Jason's eventual capture, and killing, by the Joker. Making that film more skeezy, you once again have the choice to killing or saving Jason, and multiple endings let that story play out from those various angles. That wasn't exactly the kind of follow-up I would have liked to see from this film's setup. But then, when this film came out, DC wasn't quite ready to build a single universe of animated features just yet.

There's all kinds of potential to Batman: Under the Red Hood, but the fact is that the film doesn't really have the breadth to explore the return of Jason Todd at length. His adventure here, trying to "clean up" Gotham by being just as ruthless as the villains is interesting. If there could have been a true sequel, or a continuity to have Jason pop up in from time to time, that potential could have been better realized. As a one off film its fine, just a tad abrupt once the film gets to its end. I wanted more, not less, which I guess is a good sign, but the fact that nothing else came after to continue this exploration means this film is a cul-de-sac without growth, a one-off that needed more.