Got His Scissorhands All Over It

Batman in the Time of Burton

As we continue our deep dive into BatmanOne of the longest running, consistently in-print superheroes ever (matched only by Superman and Wonder Woman), Batman has been a force in entertainment for nearly as long as there's been an entertainment industry. It only makes sense, then that he is also the most regularly adapted, and consistently successful, superhero to grace the Silver Screen. on film, we head into the Tim Burton era. Burton proved that a comic book character could be brought to the big screen and not be a cheesy mess of a film (I love the old Christopher Reeve SupermanThe first big superhero from DC Comics, Superman has survived any number of pretenders to the throne, besting not only other comic titans but even Wolrd War II to remain one of only three comics to continue publishing since the 1940s. movies, and really should discuss them here at some point, but they are cheese-fests). That said, the Burton movies are not without their issues... 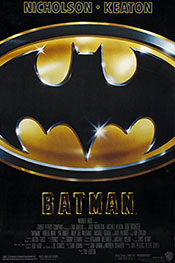 The first of four connected Batman films (two by Tim Burton, two by Joel Schumacher), the 1989 Batman is a bit of an origin story, both for the hero and the villain of the piece, the Joker. Early in the film we find Batman (Michael Keaton, an early muse of Burton) fighting gangsters at a chemical plant, including Jack Napier (played by Jack Nicholson). Napier takes a header into the chemicals and is thought dead. But no, he comes back, horribly bleached with a permanent smile on his face, thus giving us the Joker.

Now, as we all know, Batman became Batman because he, a young Bruce Wayne, and his parents were attacked by a thug outside a movie theater. The parents were killed, and Bruce was left a tragic wreck of a kid. As it turns out, in this movie, Napier was the thug that attacked the Wayne family that night, so Joker created Batman and Batman created Joker. There's a certain symmetry to it, I guess, although it always felt too convenient in the film.

While the film is willing to follow these narrative twists, as well as any weird idea that comes to mind (some good, some stupid), the fact is that neither Batman nor Joker really feel like their proper characters in this movie. Joker, for one, is basically a mob gangster with or without his permanent smile. Jack Nicholson played Jack Nicholson in this movie, slightly unhinged and charismatic as always. He basically just took his performance in The Shining and transplanted it here with a bit of white grease paint. And if that's the kind of Joker you like, that's fine. He's just no where near the agent of chaos we have all come to expect at this point.

Keaton, meanwhile, doesn't really play either Batman or Bruce Wayne. His Bruce is barely a concept, a bewildered playboy that gets lost in his own mansion. But then his Batman isn't so much menacing as just a dude in a rubber suit that beats people up. Keaton has a presence, no denying it, but the two sides of the Bruce/Batman double-role feel the same -- a little awkward, a bit befuddled to be there, and certainly not threatening enough to warrant the title of "The Dark Knight". 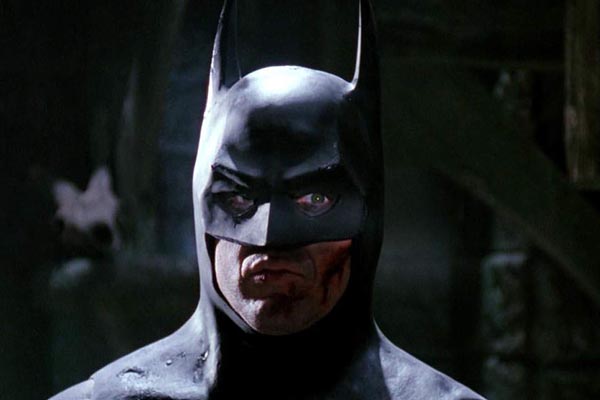 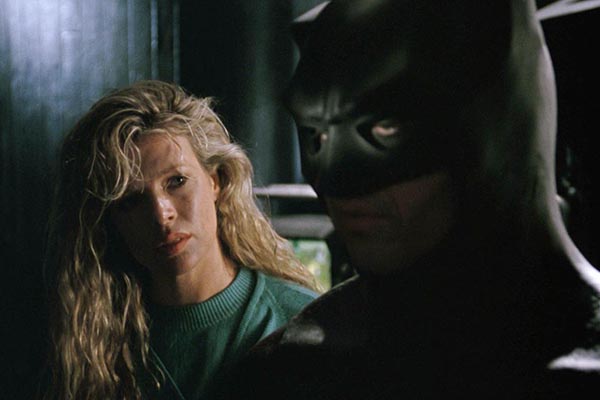 What really doesn't work is the interplay between these two characters. Batman and Joker, when written right, are two sides of the same coin -- insanity wrapped in sanity or maybe vice versa. Here the two never feel like diametric opposites on anything. Their biggest plot points are that they both have the hots for the love interest, Vicky Vale (Kim Bassinger), and each, in their own way, try to woo her. I'm not sure why a love story was grafted onto this film, but it doesn't work here, nor do most of the Batman/Joker interactions in the movie.

What does work is the atmosphere. Burton has great production designs in just about everything he works on (ignoring the absolutely wretched Planet of the Apes remake -- I will never forgive Burton for that movie). His Gotham City in Batman is a weird art-deco-meets-modern (for the 1980s) mashup that feels exactly like the place where a Bat-Man could evolve and thrive. His film is a moody wonderland, and it's no wonder that the later Batman: The Animated Series borrows so much of the vibe from this film (and its sequel) for the cartoon's own style. It's beautiful, even when the film is dumb and makes no sense.

Batman is a noble mess. It's beautifully constructed, but the story, and the acting, betray the fine production values.

That said, if you want your crazy turned up to 11, look no further than the sequel, Batman Returns. For Burton's returning effort, we're treated to a theater of the grotesque featuring two villains chewing all the scenery they could. The villains are the focus of the movie, to the point where Batman is really superfluous for whole stretches of the piece.

The character that works best here is Catwoman (Michele Pfeiffer). Cats is pure vampy sex, an over-the-top, free-wheeling, tour-de-force of charisma. It's clear Pfeiffer had an absolute blast with the role. Every scene she's in is the Catwoman show -- it doesn't matter who else is around or what's going on because you're not watching anyone other than Catwoman.

Sadly, the other villain, Penguin (Danny DeVito) is on the opposite end of the sepctrum. Sure, DeVito is in the role -- he's super committed to playing the Penguin Burton wanted. The problem is that this Penguin is an absolute freak-show of a character, a disgusting wretch that you can't turn away from while absolutely wishing he'd just go away. 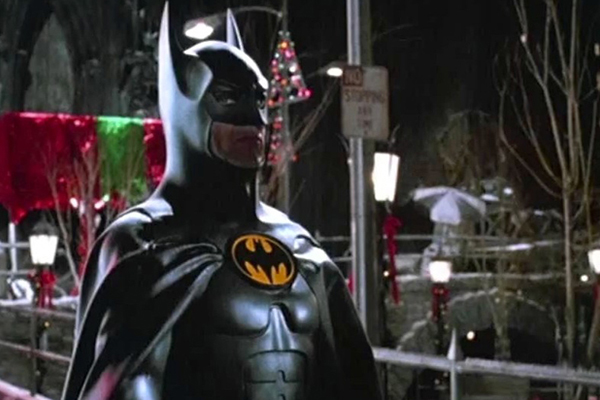 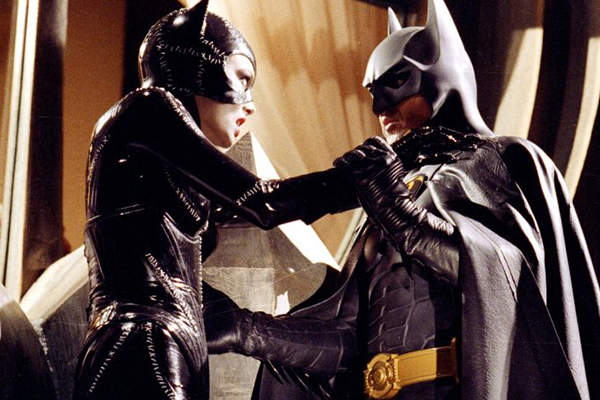 Penguin's plotline is the dominant story in this film -- he wants to take over Gotham and tell all the pretty people where to stick it, and to do so he runs for mayor -- and it's an absolute mess. Somehow, in all this, there's gangs of clowns under Penguin's command, actual penguins with missiles, and kidnapped children, with all of it culminating in a showdown at the zoo. It's audacious and stupid, but by the end it's just tiring. So much is thrown at you that it all becomes noise and eventually you get bored of the grotesquery of it and just want it to end.

For me, it's no surprise DC/Warner Bros. went in a different direction for the next Batman movie. Burton got to push Batman just about as far as he could in every direction he wanted with this film, and it's hard to imagine him finding anything more gothicly awful than what he committed to celluloid in Batman Returns.

Still, as we'll see tomorrow with the next two films in the series, things could get a whole lot worse...