A (Bat)Man on a Mission

When the first of the Christopher Nolan BatmanOne of the longest running, consistently in-print superheroes ever (matched only by Superman and Wonder Woman), Batman has been a force in entertainment for nearly as long as there's been an entertainment industry. It only makes sense, then that he is also the most regularly adapted, and consistently successful, superhero to grace the Silver Screen. films, Batman Begins, came out, it was designed, let's be honest, to wash away the stink of Batman Forever & Batman and Robin. Those films were, in a word, awful and dragged the good name of the Dark Knight down into the neon-colored mud. The series needed a hard reboot, a turn away from the candy-coated idiocy of the Joel Schumacher era into something more mature, more interesting for discerning audiences. 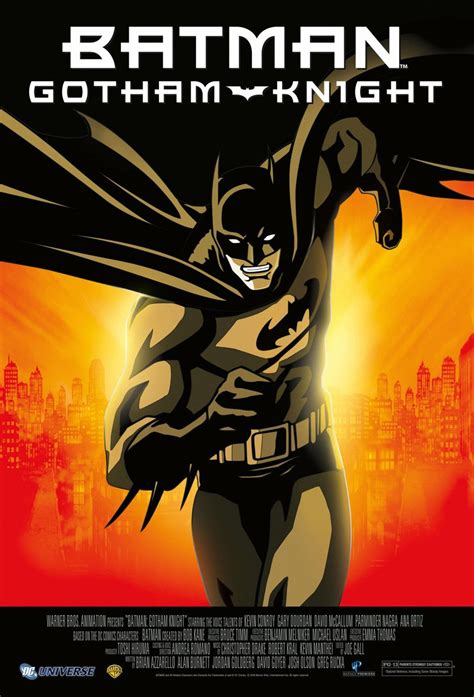 Batman Begins is a brilliant movie that gave the Dark Knight the fresh start he deserved... literally, since it's also an origin story for the character. Once that movie was a hit (a slow-burn of a hit, too, as it took time to really get audiences interested), everyone knew the series would continue. Three years later two movies came out to capitalize on the success, and fan good will, of Batman Begins: The Dark Knight, which was a brilliant movie and launched the theatrical hopes of DC ComicsOne of the two biggest comic publishing companies in the world (and, depending on what big events are going on, the number one company), DC Comics is the home of Superman, Batman, Wonder Woman, and just about every big superhero introduced in the 1930s and 1940s. into the stratosphere, and Batman: Gotham Knight, which... well, no one really remembers it anymore.

Gotham Knight is, in effect, The Animatrix but for Batman. Where the Animatrix was setup to flesh out the world of The MatrixA speculative future story with superhero and anime influences, The Matrix not only pushed viewers to think about the nature of their own reality but also expanded what filmmakers could do with action sequences and filming. It then launched a series of movies, games, and comics, creating a franchise still talked about today. while also bridging the gap between films and coloring in details, Gotham Knight does the same thing for Batman Begins and The Dark Knight. And, like with the Animatrix, it's only marginally successful at its goals. It's a decent idea but, in execution, there's something missing from this collection of anime shorts.

A collection of six short films, Gotham Knight looks at different aspects of Batman, from how he's viewed in the city he protects, to his mission, and his back-story. Some of the stories are more successful than others, but they all are similarly focused on the Batman, his world, and what he means to Gotham. That part of the collection works well. Where it falls apart, though, is in its goal of somehow fleshing out the world of the Nolan films or adding any depth to those movies in any meaningful way.

Part of the issue is that the Nolan films were very specifically overseen, and co-written, by Christopher Nolan. He was involved in the scripts for each and every one of his films (including the third film in the series The Dark Knight Rises, but he had absolutely no input on the shorts that were released for this collection. Gotham Knight might have been pitched as tying into the Nolan-verse, but there's so little connective tissue here that, if you didn't know they were supposed to be connected you'd never realize it. 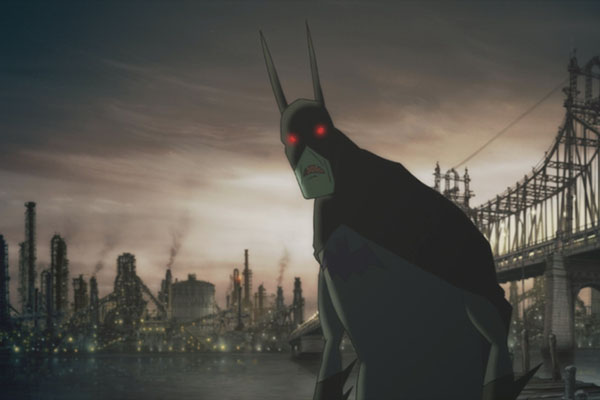 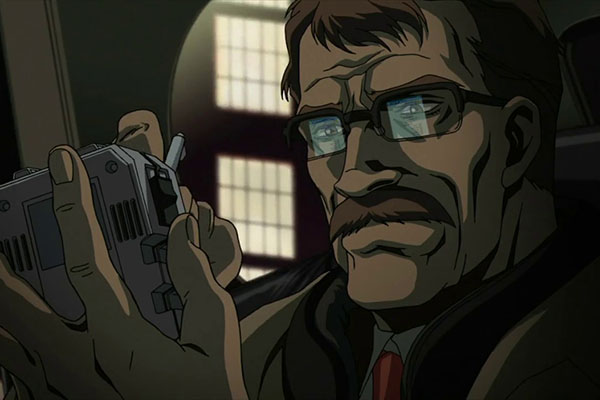 That's the thing, though: the shorts were pitched as "from the world of Batman Begins" and the collection was put on store shelves just a week before The Dark Knight came out. Even the title, Gotham Knight, is clearly designed to build on, and tie into, The Dark Knight, but there's nothing in the shorts to make that connection real. If the movie had been voiced by the stars of the film, let alone had the voice of the director in the script, that would have been one thing, but this is a connected universe in name only.

If we step back and look at this as a collection of Batman shorts that could have been from any universe, though, where does the movie stand? Well, it's okay, and only okay. A couple of the shorts are interesting, a couple of so-so, and two are forgettable. This isn't a long collection, boasting only six shorts total (three less than in the Animatrix) and in style and tone the films are all over the place. They were done by different studios, with different lead artists, and different versions of the Bat presented, so there's no cohesive whole, and the short nature of the collection (clocking in at least than an hour-twenty) make it a fleeting, fractured experience at best.

Although I dislike the art of the piece, the first short of the set, "Have I Got a Story for You", is probably the best. Told from the perspective of three kids, they each share stories of their run-ins with the Batman as he chases a (or apparently the same) criminal around Gotham. This one has spark and imagination and at least makes good use of the weird art style (that runs through this whole collection of shorts) by implying, for the kids, it's all down to an unreliable narrator. The film also ends on a pretty high note with "Deadshot", bringing in a villain that feels like he could exist in the grounded world of the Nolan-verse. The short makes good use of the villain, making him into a force that could take on Batman, and the battle between them is visceral and solid.

The weaker entries in the series are the ones that feel like they could have taken place in any Batman series, with absolutely nothing the even make them feel like they exist in Nolan's vision. "In Darkness Dwells" brings in Killer Crock, a villain that simply doesn't work in Nolan's films. Although the script clearly had a grounded vision for the character, animation studio Madhouse went a different way, leaving this short as a work of fantasy with nothing to ground it. "Working Through the Pain" is a more grounded take on Batman, showing Bruce's time training to learn an Far Eastern discipline to ignore his own pain. This one feels superfluous because this is the first, and last, time we'll ever hear of this art or the back-story. around it. There's no connection to the films and no reason to care. 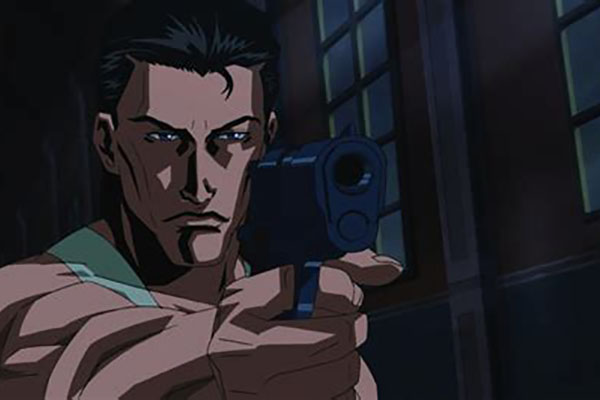 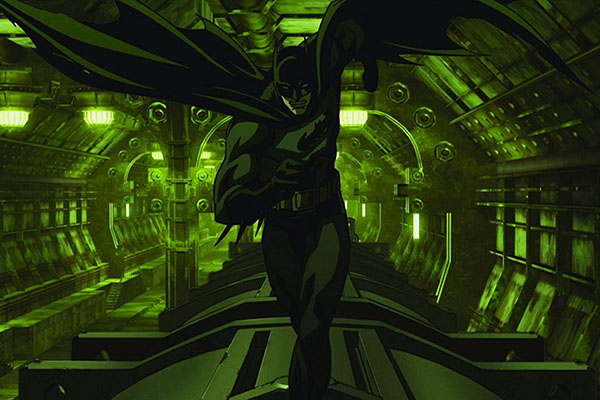 The other two shorts, "Crossfire" and "Field Test" at least feel like they could exist in the Nolan series. The issue with them is simply that they don't add anything. One involved officers we won't see outside of this series of shorts, so there's little reason to care, while the other has a bit of tech that also never appears again (although that's explained away in the short). They aren't bad shorts, and they actually feel like the writers and designers cared about the stories they were telling, but the fact that they don't have any influence on the movies after means its hard to invest in what's going on.

And, really, that's the biggest flaw of these shorts: where the Animatrix was designed by the creators of those films, The Wachowskis, to specifically tie into their movies, and they worked references to the shorts into their films, Gotham Knight was never designed like that. DC made it out to be a connective part of the universe, but there's no reference to these shorts in the films and no real connective tissue between them. They're shorts about Batman's beginnings, but not Batman Begins shorts.

I found that I just didn't care, and after I was done watching the shorts I'd almost forgotten all about them. Perhaps someone that just wanted to see some Batman short films could care, but for my money there are better, more engaging works of the Dark Knight available to watch. This one, while not outright terrible, is easily forgotten the second the credits roll.