A New Wily Adventure Every Time

Randomizers have gotten pretty big in the last few years. I remember when I first heard randomizers were even a thing, they were only available for a handful of games -- the most popular, like A Link to the Past and, yes, Mega Man 2. These were games people cared about and had remained in the popular gamer consciousness for years. Of course, now, just about every game has at least one randomizer (hell, NES Golf has a randomizer), and most, in fact, have two or three. 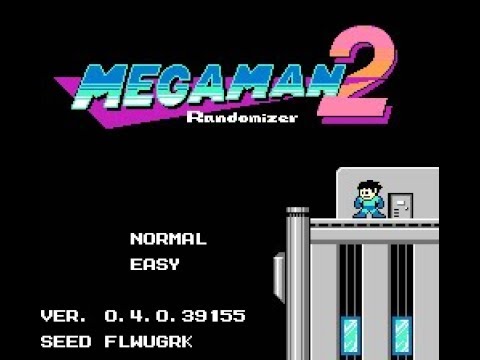 And yet, the classics endure. Despite the fact that the Mega ManIn 1987, Capcom released Mega Man on the NES, a game featuring a blue robot that fought other robots and took their powers (so that he could then fight other robots with those powers, and on, and on). The series went on to release over 50 games in 30 years and become one of the most famous gaming franchises in the world. series has a boodle of games out over the years, almost all the attention from randomizer fans has been lavished upon the second game in the series, the game consider by most to be the absolute pinnacle of the series (although randomizers exist for MM3, MM4, MM5, and MM6, they are nowhere near as full-featured). Something about this classic keeps drawing people back in, and the randomizer has gotten a lot of love and attention over the last few years.

At its core the Mega Man 2 Randomizer doesn't change much about the basic experience; this is classic Mega Man 2 that plays, more or less, the way you remember. Mega Man is at his most basic here, with just the basic run, jump, and shoot abilities, along with whatever weapons and items he gets off the bosses. If you want a version of Megs that can charge his buster, slide, dash, climb walls, or anything else the last games and spin-offs added in, you won't find it here. As coded by duckfist (Github), this randomizer keeps the core experience of Mega Man 2 in line with the classic experience.

What has changed is just about everything else. For starters, yes, the game can shuffle the various bosses among their various stages. In theory you could go into Flash Man's stage, which is still covered in ice and packed with dangers, and at the end find Heat Man lurking in the boss room. In some cases, like in the case of Bubble Man and the water in his boss room, this can create some really wild boss interactions with the room and hazards, forcing the player to rethink all their boss fights.

Defeating a boss still grants you their weapon, and it is the weapon from the expected boss (Flash Man and his Time Stopper, Quick Man and his Quick Boomerangs, and so on). But just because you get the expected weapon don't think it won't have changes. Each of the weapons has a set of parameters that can be tweaked, randomly, by the game. You might find the Air Shooter fires tornadoes that actually curve around enough to fly back behind you, or the Leaf Shield has its controls inverted. All kinds of weird interactions can happen with the boss weapons, as well as the three items Mega can collect. and that, too changes the play experience. 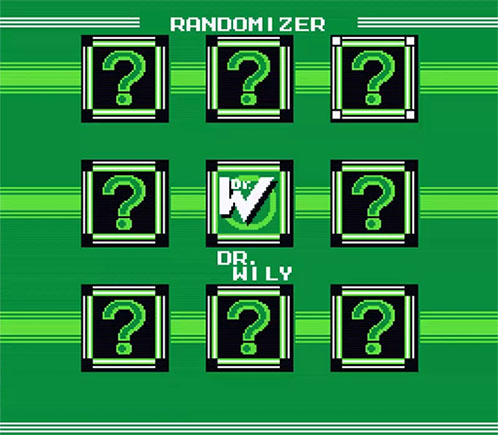 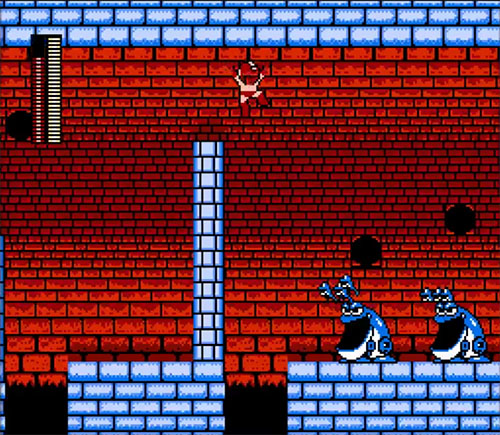 It's generally accepted that the best strategy in the game is to head to the "easy" stages first, ones that can be cleared consistently without the need for a special item (like traveling across the lava in Heat Man's stage via Item 2 instead of using the Yoku Blocks). That means your first goals should be going to Flash Man's stage (a normal starting point in the game) and Quick Man (a stage most novice players never want to touch). Just be aware you can turn on the option to shuffle all the stages and then you won't know where to go first.

The stages, too, have seem some changes, specifically in the enemies. Although the stage layouts are the same (as of yet) the game can randomize all the enemies ("enemizer", as its called in randomizer circles), creating new challenges. You might be jumping yoku blocks in Heat Man's stage only to get shoved into the by one of the wind causing big boys from the classic Air Man stage. Stages can get absolutely littered with enemies sometimes, forcing quite a lot of damage (and the occasional death) in the process.

All of this is to say that the Mega Man 2 Randomizer is a hard game. I'm basically a novice when it comes to the whole series of Blue Bomber games, having managed to get through them but not in anywhere near the speed of your average Twitch streamer. This randomizer, though, easily ups the challenge further, making it a game for anyone looking for that next step up from where Mega Man 2 resided.

Think of it like this: the current tournament for Mega Man 2 Randomizer plays the game on the U.S. Easy Mode. More than that and the players would take way too many deaths for the tourney to feel competitive. You can play it on Hard Mode, but the randomizer is already Hard Mode. What would that make it, then? Nightmare Mode? No Thank you. 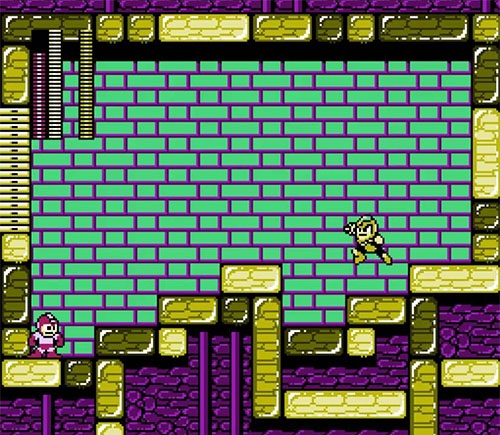 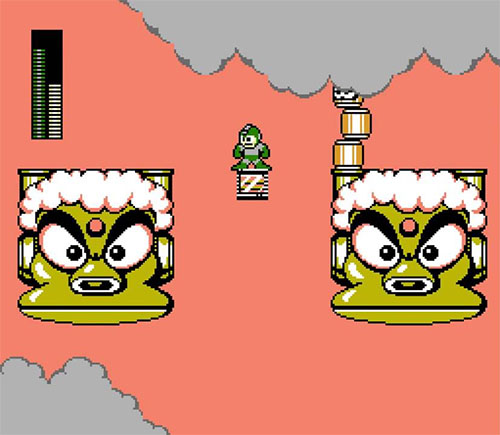 There are charms to be had in the game, even if you're a casual player. All the music in the game has been randomized, with a curated playlist of tracks the game can pull from, pulling in music from other Mega Man games, as well as other rom hacks and their great tracks (I know I've heard a few Final Fantasy tracks in my plays through the randomizer). Plus, if you ever wanted to take Bass or Protoman or Roll through Mega Man 2 you can as they're all optional characters (just as skins, though, mind you as they don't change the game play at all).

When it comes to randomization, the Mega Man 2 Randomizer is a solid bet. It has all the featured you'd want from one of these games, with more in development even now. Currently sitting at v.0.5.0 beta, the randomizer will continue to see more work done on it for months (and probably years) to come. It's a great project that gives you exactly what it says on the package: a Mega Man 2 randomizer. If that sounds like fun I fully recommend giving it a whirl.