This Is Just (Amazing and) Ridiculous

When looking at the whole of the Mega ManIn 1987, Capcom released Mega Man on the NES, a game featuring a blue robot that fought other robots and took their powers (so that he could then fight other robots with those powers, and on, and on). The series went on to release over 50 games in 30 years and become one of the most famous gaming franchises in the world. series, I really want to just look at the major titles (the main series, maybe the X games, and perhaps a few side-titles from there). My goal is not to cover every single fan project and ROM hack out there since that's a rabbit hole I'd never escape. That said, there is one ROM hack that is at least worth taking a look at just for how elaborately over the top the game is. 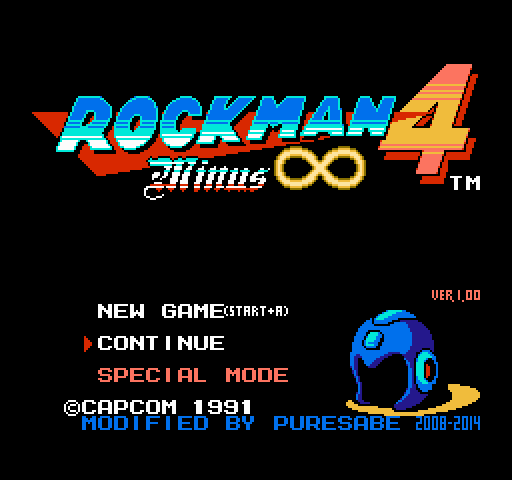 Certainly everyone is going to have that one ROM hack they feel elevates the form. I know there are fans of Rockman No Constancy (a hack of Mega Man 2), although while the hack is ambitious, it just seems like a "super hard mode" hack to me. Much more impressive (and the subject of today's article) is Rockman 4 Minus Infinity, a Mega Man 4 that's so far beyond just a simple hack that it's about as close to a completely new game as any hack could get.

As a Mega Man 4 hack, the very general outline of the game remains the same: Mega Man has to face off against a new foe, Dr. Cossack, and to get to that evil doctor the Blue Bomber will have to fight his way through the same eight Robot Masters he faced in the original game. Those Robot Masters are very different fights from the source material, as are their stages. It's not just that the game remixes elements of the original stages; elements of the first three games in the series are brought back as well, from force beams to spinning top platforms, and just about every enemy from all the games so far in the run. The stages end up feeling like a "best of" for all that was great from the first four games.

Diving deep into the game illustrates how much the ROM was changed for Minus Infinity. Take Pharaoh Man's stage, for example: the original stage was a pretty standard slog, a linear passage through the bowels of a pyramid before facing off against the Robot Master. In Minus Infinity, though, Mega Man has to traverse the whole of the Pyramid, from the tippy top all the way through and down to the basement. There he'll face the Pharaoh for the first of three phases that then sees the Robot Master summon a sandstorm, throw Mega back to the top of the pyramid before the battle cascades all the way back down. It's a long, epic fight with a lot of creativity in the design.

So many of the stages are like this, from the long vertical ascent of Skull Man's stage to the many paths and crossing passageways of Drill Man. No two stages are anywhere near the same, and so many of them show new ideas, creative twists, and awesome design elements. 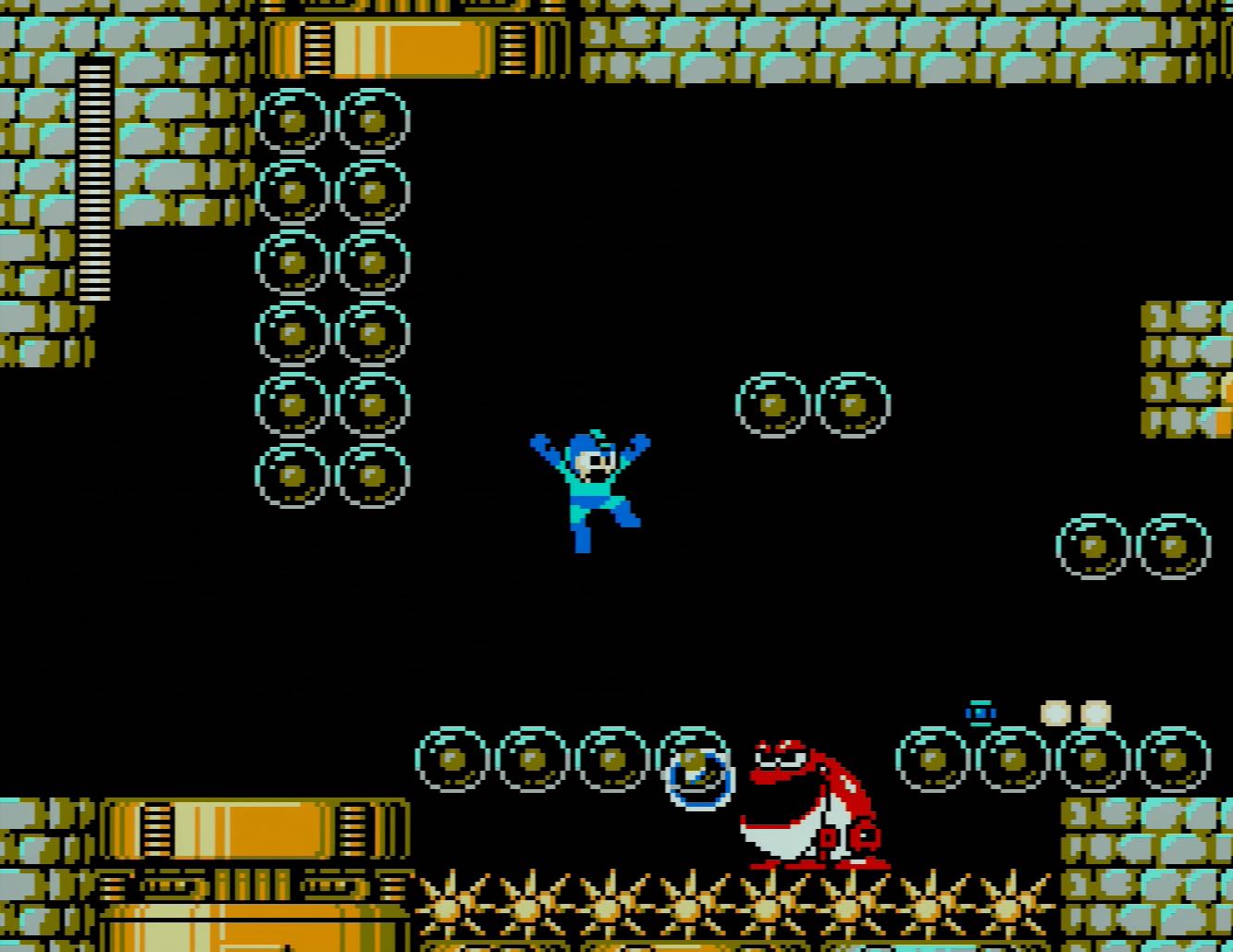 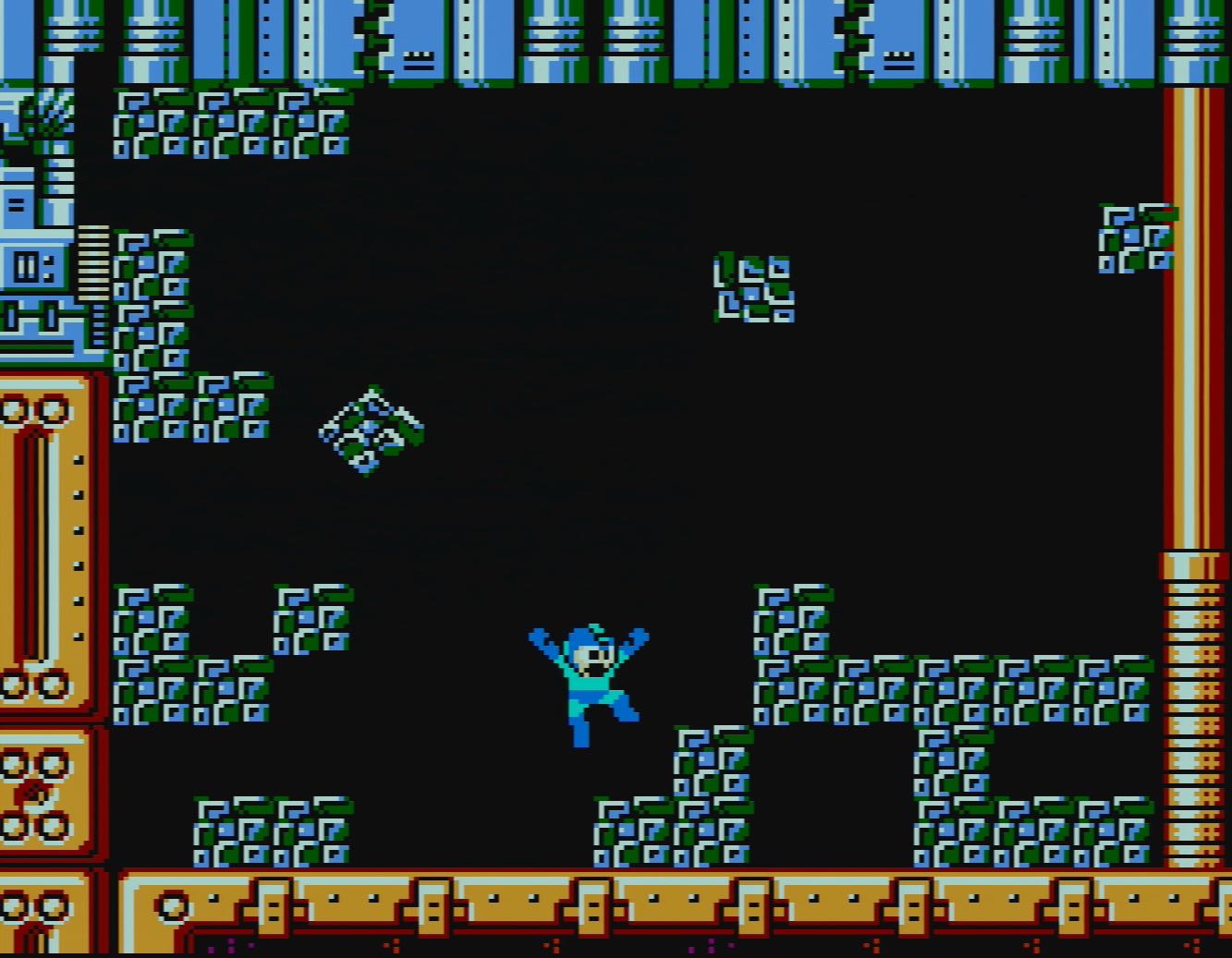 And this is before we get to the fortress stages. Dr. Cossack and Dr. Wily have some pretty wild stages in their castles, with many new and interesting elements mixed in on top. Have you ever wanted to gain the powers for the Game Boy Mega Man V bots in a NES title? What about fighting bosses that feature the powers and abilities of two different Robot Masters at once? Or maybe you just really like Shadow Man and want to fight him over and over again in weird and hilarious ways? For all these instances, this hack has a twist on the idea, something new for you to do, or see, or play that just doesn't happen in most Mega Man games, official or otherwise.

That's not to say this game is perfect, though. There are a few choices in the game that I don't agree with, and the biggest complaint I have is in the difficulty. So many ROM hacks try to be "super hard" remixes of the original stages (sometimes to the point of being "Kaizo", essentially impossible-to-beat death-fests). Spend any time in the ROM hack community and you'll find enough of these hard mode hacks that you eventually get bored and find some other community to poke around in. For me these kinds of hacks are pointless as the Mega Man series is already hard enough for me -- I don't need someone making a game that I can already barely beat and cranking the difficulty up to 11. No thank you.

For all the great ideas Minus Infinity includes, it still has the heart of a super hard hack. Sure, the game is fun to watch (such as in speed-runs), but I have problems clearing out any of the initial stages, let alone making it through to the castles, on my own. Sure, once you get any of the Robot Master weapons the game becomes easier simply because most of the Robot Master weapons have been similar cranked up to 11. For a scrub like me, though, that initial hump to get a weapon is too high for me to hurdle.

There are also times where it can bee difficult to parse where you're supposed to go or what to do. The game has a ton of secret passages and hidden items in it, but sometimes you can follow a path along, throwing yourself against one challenge after another, only to realize you've hit a narrative diversion and the main part of the stage is in a completely different direction. I love secrets and hidden bonuses, but there comes a point in a game where it's all just too much. For all the great things packed into the game, there were a number of small moments where I really wish the creator had exhibited a little editing, pared out some of the hidden rooms, bonus sections, and extra things you had to do just to complete the game. 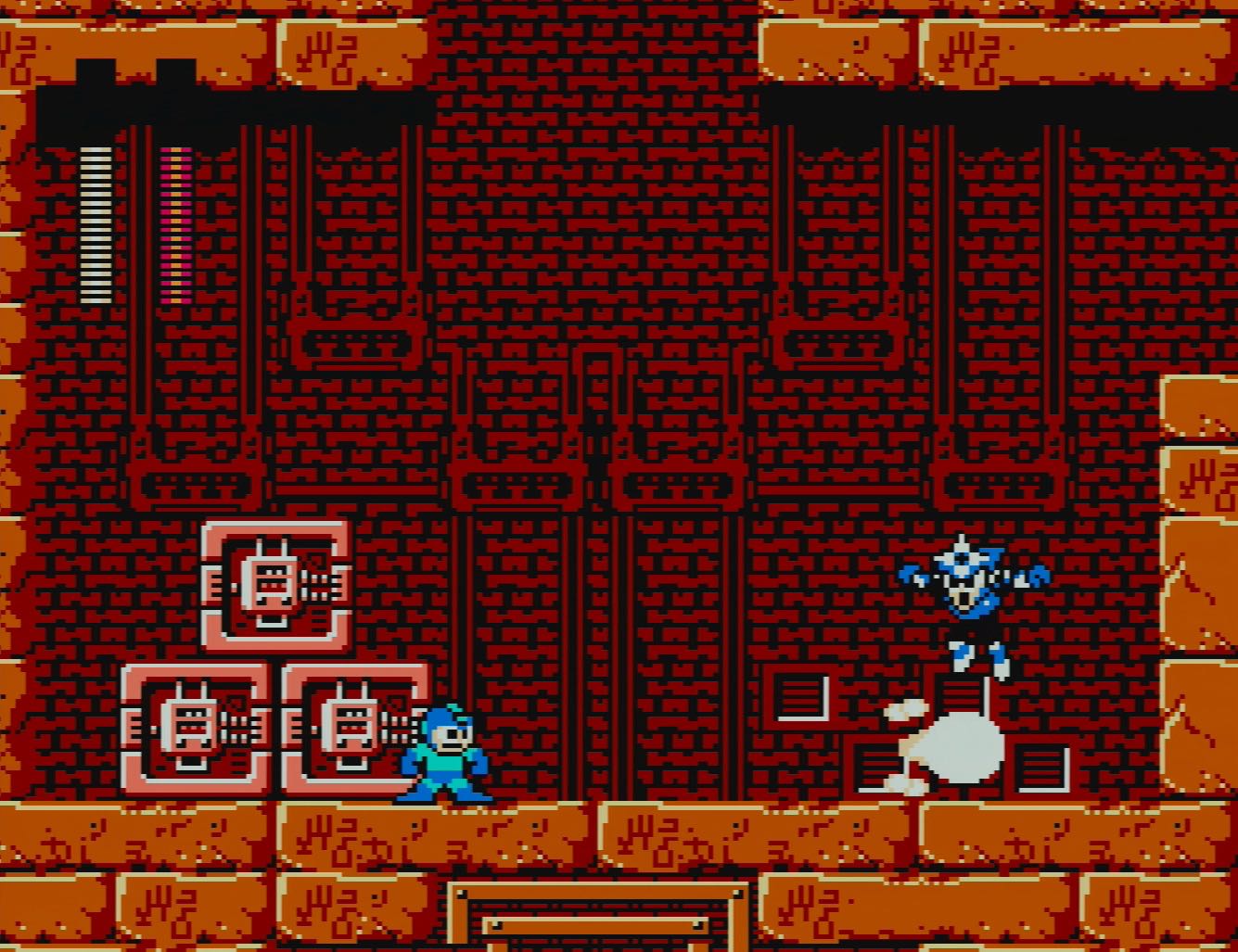 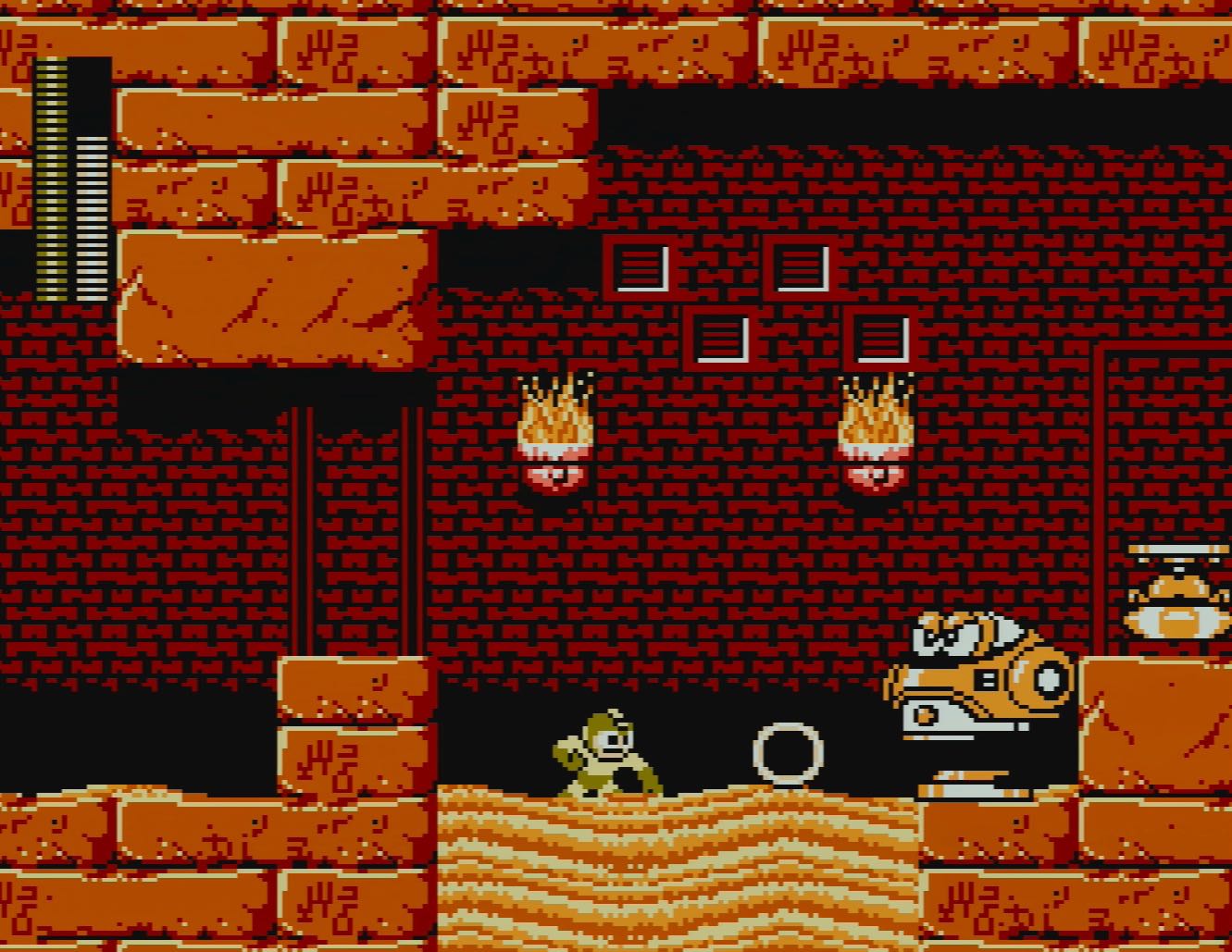 Still, it's hard to argue with the overall package. Rockman 4 Minus Infinity is a true passion project, a love letter to the first four games (and then some) in the series. It's so big, so stuffed with content that any fan of the series will find moments of delight in this massive package. Hell, the game is so big, so full of content, that when reproduction cartridge makers try to pack it onto a cart, they have to hack in Mega Man 5 hardware to the box just to get it all to run. It's truly a beast.

For anyone, like me, that was less than impressed by the general feel of Mega Man 4, turned off my the safe design choices and lack of true creativity, this hack remixes the game in all the ways the original needed. Sure, the game isn't going to be for everyone, but even for scrub gamers (like me) can appreciate everything the game does (you know, in video play-throughs Online).