Doc Robot Is Ready For Action

So now we're at the game that is, hands down, my favorite. While many consider Mega Man 2 to be the greatest masterpiece of the entire run of the Blue Bomber, I've always felt like Mega's third outing was the better overall game. It has so many improvements over its predecessors, so much more going on in the title, that I think it edges out even Mega Man 2 to take the top spot in the series. 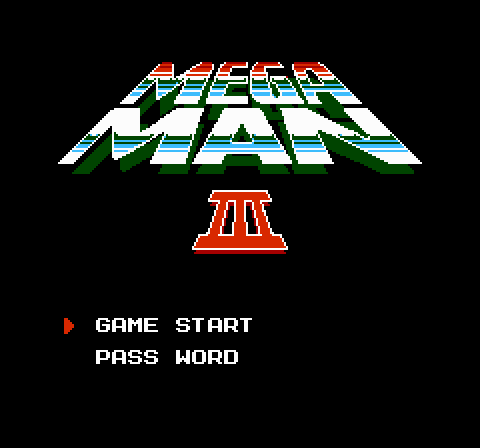 For starters, each of the Robot Masters in Mega Man 3 are interesting an unique. There's a diversity of characters (and their A.I.) in this title, with a lot of creative choices taken for the robots and their stages. No two stages feel at all alike, and none of them easily fit into the standard video game tropes -- by that I mean that there's no obvious water stage, fire stage, ice stage, and do forth. Sure, Shadow Man's stage has lava and Gemini Man's stage has water, but they aren't the key features of the stage, nor do the enemies and traps within all tie to those elements.

Really, I love the creativity on display in Mega Man 3. For instance, Top Man lives in a forest for some reason, and he has giant cats and top platforms dotting his weird stage. Meanwhile, Hard Man has the closest thing to an earth stage, but it's dotted with enemies in pipes and killer bees. Each stage is fun and diverse, without anything feeling repetitive between stages. You won't get tired of many of the enemies in the game because they hardly ever carry over between stages (and certainly don't spam you like in other games). The creativity of the game is amazing.

That does carry over to the music in the game as well, with Mega Man 3 boasting one of the best soundtracks in the series. There are so many good Robot Master tracks, from the groove of Magnet Man's theme to the jazzy style of Gemini Man's stage. All the tracks are of a good length without feeling too repetitive, an issue I had with the music in Mega Man 2. This is especially great since four of the stages will be revisited at the mid-point of the game and if we'd already become tired of the music tracks these revisits would have been grating. Instead, the solid soundtrack helps to carry you through these tougher stages.

Yes, Mega Man 3 is the first game to introduce a mid-point challenge for the players to clear. Once the first eight bosses are defeated, a new foe appears: Doc Robot. This Doc will invade four of the previous stages, corrupting them and making them more difficult. You'll then have to play back through these harder stages, clearing the challenges before you earn the right to take on Wily at his fortress. And good luck with that since each of the four stages feature two Doc Robot versions of the Robot Masters from Mega Man 2. You'll have to figure out their weaknesses, and their new patterns, if you hope to clear your way to Wily. 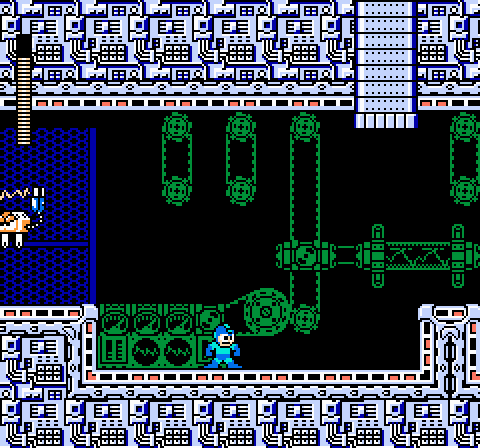 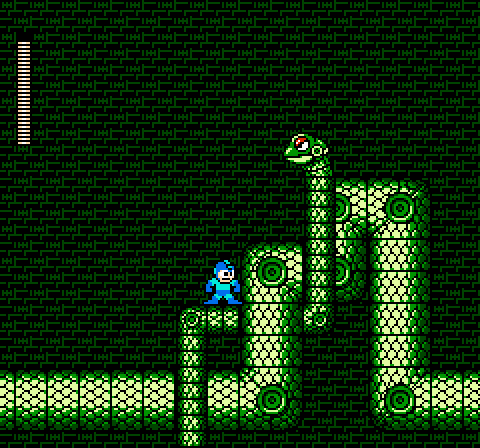 Then there are the improvements to Mega Man himself. For me, this game has the right balance of utility and improvements without going to far over the line (like some of the later games would do). Mega Man is made more maneuverable in this game with the addition of a new slide mechanic. By holding down and pressing A, Mega Man will dart low along the ground at a high speed. Not only is this useful for getting through tight passages (which the game liberally sprinkles around), but it also speeds up the platforming in a lot of sections. Mega Man comes across as faster, more lithe, making the overall game feel zippier as well.

The other big change was the introduction of Rush, Mega's new faithful robot-dog companion. In place of the Magnet Beam or numbered Items from the previous games, Rush becomes your go-to utility. Mega will start with the Rush Coil, which can bounce him into some higher areas of the stages (and is required for a few sections of the game) and then he'll earn the (amazing) Rush Jet and (useless) Rush Marine as he defeats Robot Masters. Rush Marine is so bad in this game that I forgot is actually shows up in at least one later game in the series -- its crappiness wiped it fully from my memory -- but Rush Coil and Rush Jet feel so essential that their absence is noted any time they don't appear in the later titles.

What you won't find in this game is any further improvements or additions to Mega's basic maneuverability. No charge shots, no double jumps, no dash attacks. This game has the right balance of new skills without overloading the game play. It still feels of-a-piece with the previous two titles, a natural evolution of the formula that maintains just enough of what worked while improving on everything else that didn't.

That said, I won't try to pretend this game is perfect. For traditionalists there are some issues with this game that might hold it back from being a true masterpiece in its own right. The biggest issue, beyond any other, is that the game is pretty darn easy in comparison to other titles in the series. For me that's a plus since most of the games are outright brutal -- Mega Man 3 is a game I could actually defeat, while I can't say the same for any of the other games in the main series (Mega Man X does not count). Remember, I suck at these games so if I can get through one of them on my own, clearly the game is on the easy side. 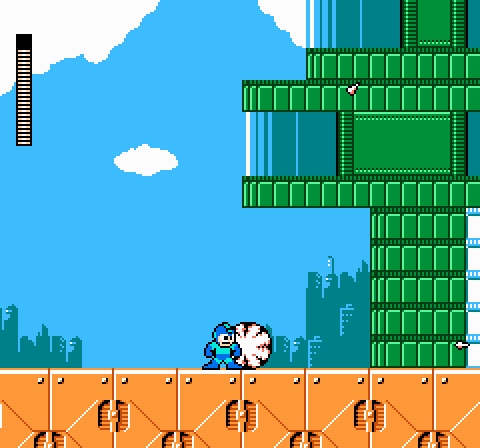 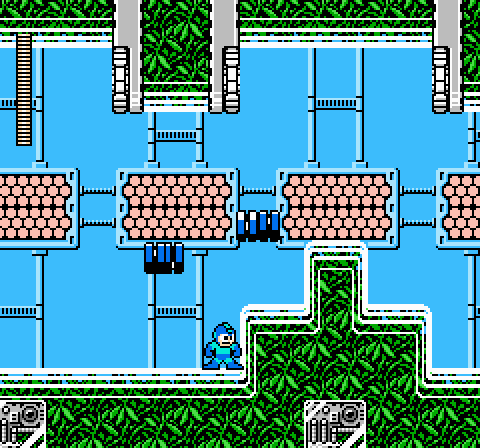 Sure, that's not to downplay the overall toughness of the game as there are still challenges galore to be had. Show me anyone that beat Doc Robot Quick Man the first time they got to him and I'll show you a liar of the highest order. Hell, any one of the Doc Robot stages are marathons of pain, gauntlets that will claim life after life until you finally get good at them. And yet, once you're past Doc Robot the game oddly takes its foot off the gas. Dr. Wily's castle is positively kind to players, with easy challenges in most sections (many of which you can just bypass with Rush Jet) and plenty of ammo and energy drops scattered throughout to carry you across the finish line. This game definitely let's players off the hook after the mid-game difficulty spike.

Then there are the little things I would have liked the game to do to really push its ideas. If Doc Robot can duplicate Mega Man 2 bosses, why not have him copy both those guys and bosses from the original Mega Man as well. Sure, everyone loves the second game more, but a few call backs to the first game would have made Mega Man 3 feel like the cap to a trilogy of classics. By that reasoning, too, why couldn't we have gotten some new stages instead of just revisits? Not all the stages were created equal and while Spark Man had a great course to play over and over again, Shadow and Needle could have been pushed further to really make them challenging, while Gemini's revisit is just a total mess of tadpoles. New stages might have made the mid-game experience even better.

Still, these are small quibbles taken from the perspective of hindsight. My nine-year-old self was totally stoked the first time Doc Robot showed up, corrupting stages I'd just played. Going back into stages I'd already cleared was totally new to me and whether it was repetitive or not you can bet I was immediately ready for the challenges ahead (and then, of course, I died a lot). By that same logic, of course, young me had only played Mega Man 2 before, so I didn't care that the bosses from the first game didn't get a callback as well. Cut Man? Who cares?!

And really, as a direct sequel to the second game, Mega Man 3 shines. It's a true improvement than honors what came before and makes it all better. It's a strong, confident game with a clear goal and good design. That's what makes it the true champ of the series. No matter how much I might have liked some of the later titles, none of them had that same charm as Mega Man 3. 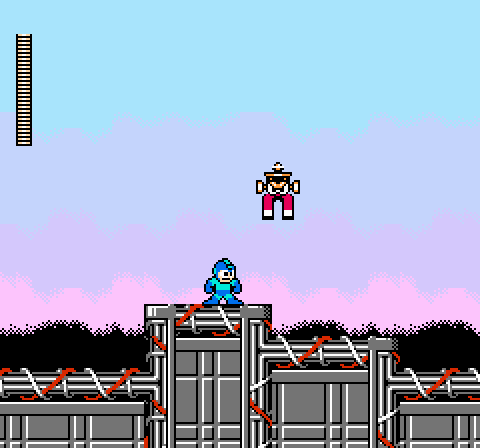 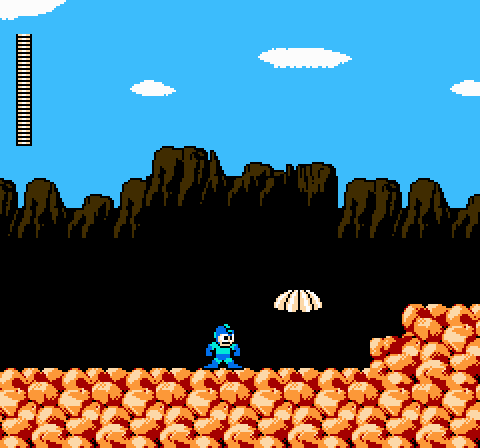