We've already covered two of the Mega Man games for the Game Boy, both Mega Man in Dr. Wily's Revenge and sequel Mega Man II. While we've had a lively discussion about these games, the one thing that hasn't really be emphasized so far is that these games aren't that well known, or well loved, by most of the fandom. Heck, while the NES titles have been released over and over again through various compilations, the Game Boy games are still awaiting their due. 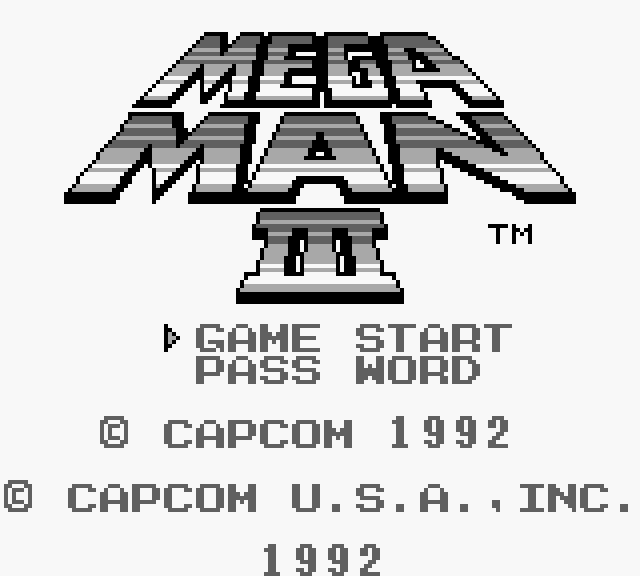 Why is that? Why are the Game Boy editions of the series the redheaded stepchildren of the Mega Man universe? While it's certainly fair to say they aren't as good as the true classics Mega Man 2 and Mega Man 3, they are solid games in their own right. What happened to give this side-series such a bad rap?

Well, I think with Mega Man III we may have stumbled upon the answer. Every complaint people have about the Game Boy games -- cheap, difficult, unfair, rushed -- seems apt and accurate when you try to play through this game. While the first two portable titles were good translations of the Mega Man formula converted down to tiny systems, it seriously feels like Mega Man III actively wants you to stop playing the game.

But before we get into ripping apart the game and pointing out all it's flaws, we should at least try and summarize what the game does well. For starters, the basic setup is a distinct improvement over the previous two portable titles. As with Dr. Wily's Revenge and Mega Man II, this third entry has you fight two sets of four Robot Masters, one set from the NES Mega Man 3, and a a second set from Mega Man 4. Beating the first set unlocks not only all their weapons but also the first Wily stage of the game. Clear that, you get the second set before finally unlocking the final confrontation with Wily.

It's a standard formula, but one that works well. Trying to fit eight Robot Masters on the loading screen would have been a hard feat considering the limited screen real estate on the Game Boy. Mega Man II at least makes one concession to improving the difficulty curve of the series but allowing refills of the boss weapons between stages in the second portion of the game (both the first and second games limited the weapon refills to only the first four bosses). This is helpful, and encourages experimenting with the full repertoire of boss weapons, one of the great joys of the Mega Man series. 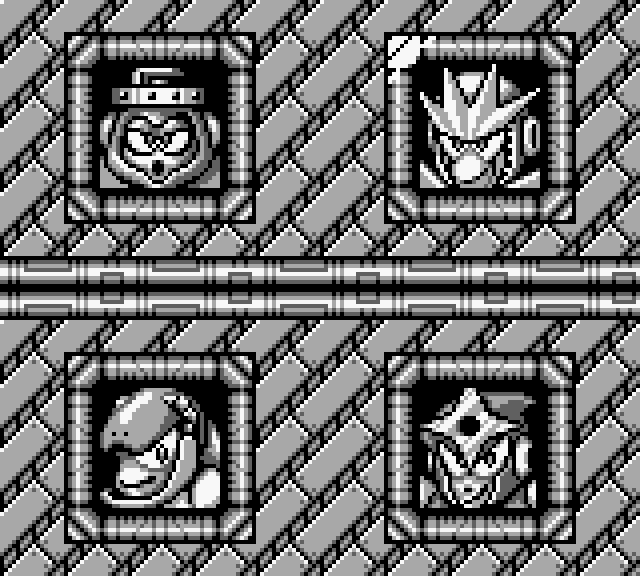 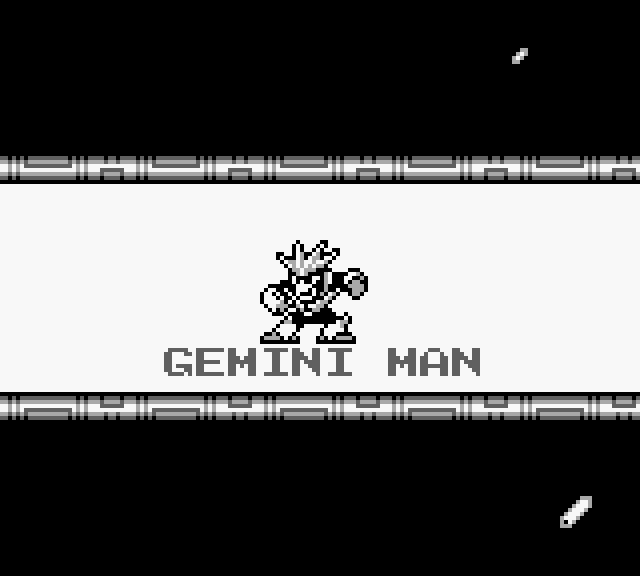 As with the previous games, Mega Man III also does a good job converting the Robot Master stages down to the small screen. Graphics are crisp and clear, rendering the stages in the same kinds of graphics you'd expect from the NES entries (just in four-color monochrome). Music, too, is pretty good in the game, going with Game Boy arrangements of all the classic Robot Master tracks. While Mega Man II went for a new soundtrack (that was truly awful), this third Game Boy game knows the music we want and gives us as close a version of it as the Game Boy hardware can deliver.

The problem with Mega Man III is, basically, everything else around the game. The first and most obvious issue is that the game wants you to perform regular, difficult jumps with little room for maneuvering. Play though any of the stages and you're regularly come up pixel-perfect jumps that will lead to death over and over again and Mega Man bonks his head on a tight ceiling and missing his aim. Every time. It doesn't help that the game hides Rush Coil, the default "I get this every time" item in a Robot Master stage, limiting the one safety net the game needs.

This is only compounded by the tight level design in general, and the evil enemy placement specifically. As noted, the Game Boy had a tiny screen on it meaning that only so much could be shown at any time. The NES games in the series famously had re-spawning enemies that would appear any time you scrolled the screen back towards them. This game also features that, but because there's so much less screen real estate to work with the re-spawns happen much more frequently, and practically right on top of Mega to boot. Many of the enemies are placed in really awful spots, too, specifically to damage you and knock you into pits and on spikes. It's actively evil at every chance, just to spite the player.

Making things ever worse is that the levels are pretty lengthy, with many intricate sections and elaborate traps to navigate. Sadly, the levels don't also feature regular checkpoints, instead doling the out sparingly and before tough sections. Having to replay the Dust Man crusher section over and over again because you die in a later part of the levels long after you've cleared the trap, only to them be sent back before it, is a lesson in frustration. And every level is seemingly like this. It simply boggles the mind that the designers thought this was a good game design decision to make. 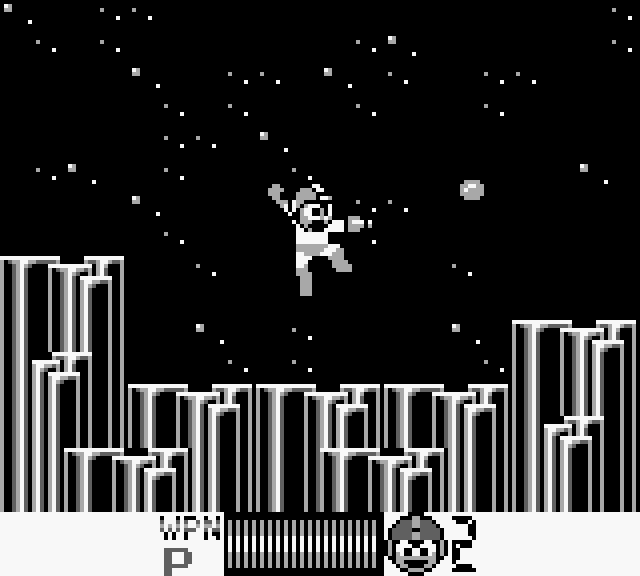 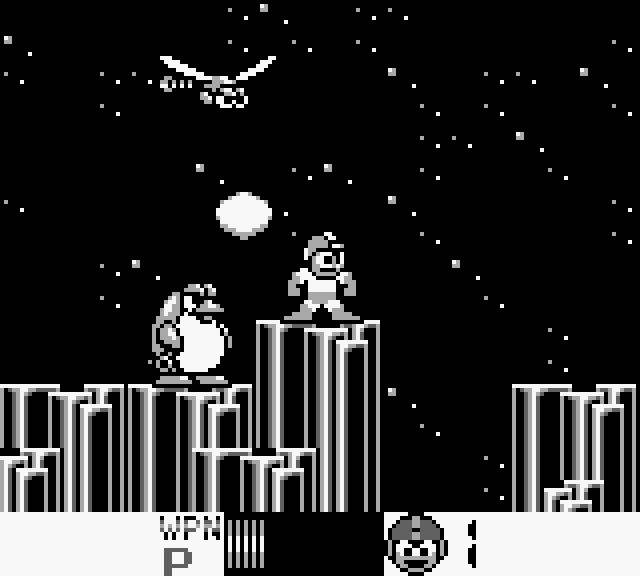 Even the boss fights can be a pain due to these tight levels. The bosses are just as huge as they were in their original games, and react the same as they would in their first appearances. This is an issue in this game, though, as there's just no room to dodge them here. Surviving an encounter with the bosses can be difficult when you're likely going to have to face tank a ton of damage from them. While the penalty for touching the enemies isn't as bad as in Mega Man 4 (where touching a boss could eat up a third of your life meter), it's still punishing to have to tank damage because you can't get out of the way of them.

Oh, and just to make everything that much harder, the game doesn't like to give you any health drops to work with. While the later trilogy of NES games seemed to drop 1ups like candy, and most of the games at least evenly distributed the health and weapon ammo drops, Mega Man III seems to only want to give you weapon ammo. While this does mean you can go to town with the boss weapons, it's less helpful when you have to regularly tank damage because of the crappy stages and evil enemy placements. A little more health regularly dropped could have taken some of the edge off the nasty game design, but that was clearly not what the designers were going for at all.

In short, it's really hard to like Mega Man III at all. The game actively hates you, goes out of its way to attack you at every turn, and scoffs in the face of enjoyment. I've heard tell that some gamers complained that the second Game Boy Mega Man was too easy so Capcom decided to up the difficulty for this title. Maybe that's true, but if that's the case, the company clearly took it way too far. This is hard, for sure, but not in a fun way at all.

I want to like all the Game Boy titles in the series -- they don't get as much love as they generally deserve. It's an opinion I still hold, but when it comes to Mega Man 3, I have to agree: this game just sucks. 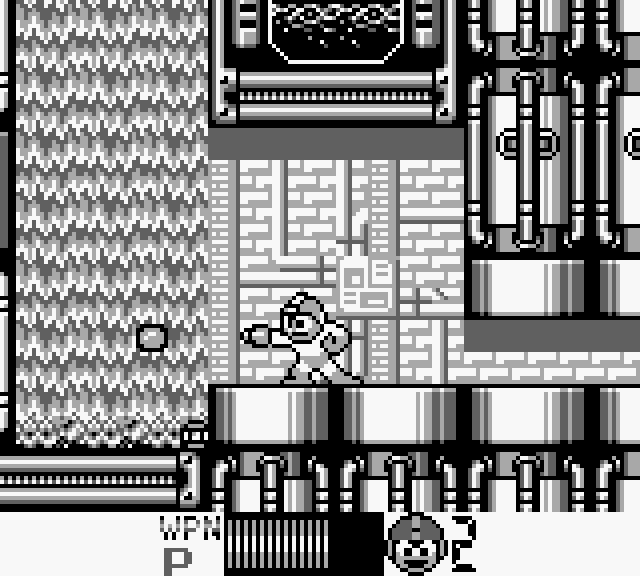 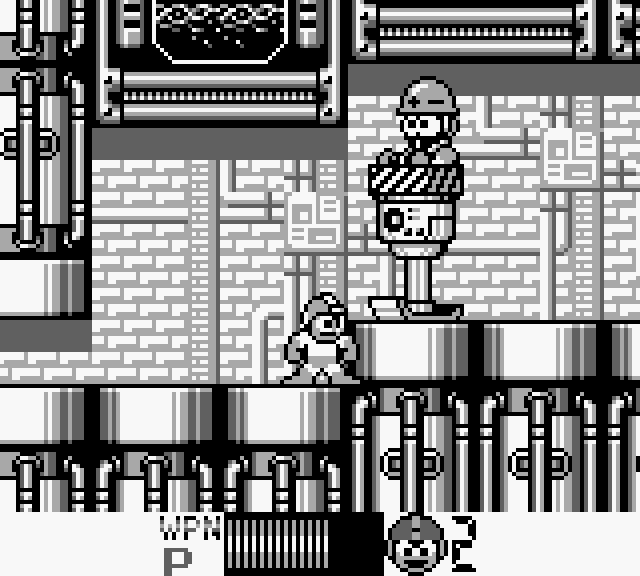