Revisiting the Beginning of the Battle

People like remakes. I'm not going to try and argue that the original Mega Man wasn't due for some kind of reinvention (more so than what was provided in The Wily Wars); having played through much of the Mega ManIn 1987, Capcom released Mega Man on the NES, a game featuring a blue robot that fought other robots and took their powers (so that he could then fight other robots with those powers, and on, and on). The series went on to release over 50 games in 30 years and become one of the most famous gaming franchises in the world. series, the original game feels positively old. A refresh of the title to modernize it some, bring it at least up to the date with the other games in the series did feel in order. 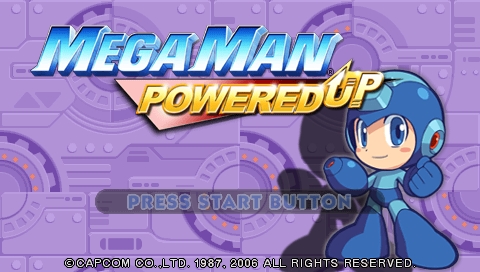 Other game companies have pulled off that kind of reinvention. Konami revisited the original Castlevania a couple of times, giving it its best refinish in Castlevania X68K. Enix hit up the original titles in the Dragon Quest series more than once, and the Square followed suit, reinventing the original Final Fantasy more times than I can count (really, they won't stop messing with the original title). Capcom was due to give the original Mega Man a bit of spit and polish.

That said, Mega Man Powered Up is an oddball title. On the one hand its got enough special modes and features to make it feel like a proper update. If you were looking for a modern take on the classic game, it's hard to argue with Powered Up. At the same time, the game feel mired not only in the design decisions of the original title but also poorly thought out additions that don't really add anything to the overall experience. It's a two steps forward, two steps back experience that makes the game hard to recommend for just about anyone. Certainly if you're looking to choose between the original and this remake, I'd be hard pressed to tell you which was better.

To be fair, the game doesn't put it best foot forward. The intro shows the classic game, pixelated sprites and all, then switching to the new, polygon-based super-deformed characters of this remake, and instantly I was turned off. While I wasn't expecting more 8-bit graphics (this is a remake, after all), the new polygon art just looks bad. Partly that because the PSP wasn't designed to crank out super nice polygon art (it had the power to show close-to-PS2 style artwork, and the PS2 wasn't exactly a powerhouse in its day). The graphics lack the clean polish of the sprite-based art, looking a little fuzzy, a little muddy, and very outdated. It's weird when I think NES art looks better than 3D graphics, but that's certainly the case here.

Once the game loads, things seem to improve for at least a little while. There are multiple modes to play through, from challenges to boss rush, but the two main modes that will get most of your attention are Classic and New Style. Classic gives you the original game rendered in the new graphics but, otherwise, very little is changed. New Style, meanwhile, presented a reinvention of the classic game, not just in the graphics but also with the addition of two new bosses, Oil Man and Time Man, and reinvented stages. To Capcom's credit, the new Style game feels different enough from the original title that it's basically a new experience all around. Some fans will likely be happy with that alone. 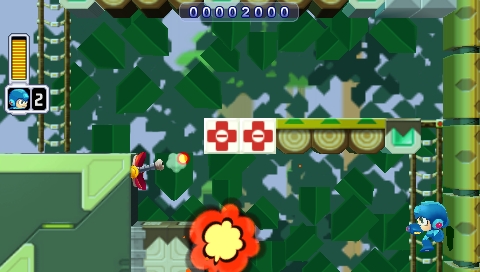 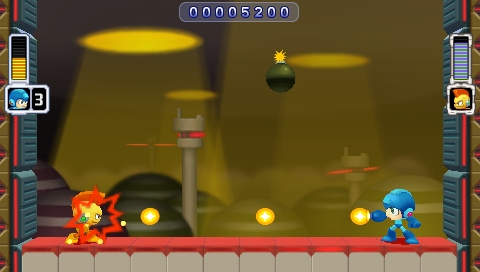 Things aren't entirely perfect in New Style, though. For starters, the reinvented stages aren't anything special. While the original Mega Man might feel a little dated at this point, each of its stage were built around easy to identify thematics; Elec Man's stage was a tall, tall tower while Guts Man's stage was dominated by the early conveyor section. I hope you really like those conveyors and aren't already sick of them after the first screen because you're going to be slogging through a lot more of them in the new Guts Man stage. Meanwhile, the obnoxious, randomly moving helicopter platforms from classic Wily 1 are now infesting Ice Man's home and Elec Man's tower, slowing progress down substantially.

Each of the carefully curated stages are muddied in this fashion, taking their easy to recognize style and burying it under added gimmicks and sloggy action sections. On top of that, the two new stages, Oil and Time, are also pretty tedious. Most of Oil Man's stage is a single walk along an Oil field (with barely any tricks or traps) followed by a tedious climb up a tower. Time Man, meanwhile, has obnoxious traps that, nine times out of ten, are going to hit you no matter what you do; it's spammy and ridiculous. Every stage, old and new, has been crafted to take longer to clear, often with all manner of enemy spam and obnoxious traps that bog you down. It's awful.

Balancing this out, at least, is the fact that New Style Mega Man gets an automatic refill of his ammo not only after every stage (including inside Dr. Wily's castle) but also after every time he dies. This means you can spam the hell out of your weapons now, using them with abandon because there's no reason to conserve your ammo. While this certainly made some sections of the new mode easier it also meant that all the strategy of the game (so I use these weapons here or conserve them for a boss coming up in the castle) is gone.

The New Style mode simply isn't all that great, and outside of that the game really doesn't have that much new to offer. Sure, you can boss rush but that's basically always been a part of the game series -- every Dr. Wily castle has basically had a Robot Master boss rush built into it so while splitting that mode out is convenient it doesn't feel fresh or new. And while you can use the various Robot Masters to play through the game this time (with their spot in the Robot Master levels used up by a captured Mega Man) that just means you're limited to their abilities for the whole game. Fun for a short while but not exactly a great experience to have to slog through. 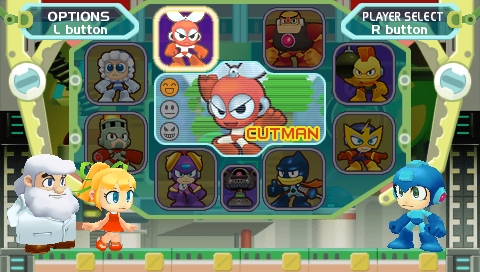 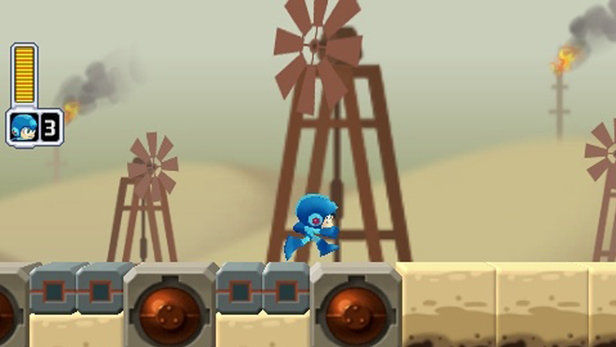 Overall, then, Mega Man Powered Up is a compromised title. I like what it was trying to do -- update the game and include some ideas (like Oil and Time) that series lead Inafune had wanted in the series from the early days of his involvement-- but the final package just doesn't feel solid enough to be a must-buy title. Consumers at the time certainly felt that way with the title selling poorly enough that Capcom declined to pursue a Mega Man Powered Up 2. Meanwhile amidst all the remakes and re-releases Capcom has authorized since this game came out, nothing from Powered Up has been included in the packages. That leaves this title as a curiosity, a one-off PSP remake that no one really cared about. And perhaps that's for the best.