The Kingdom is Ungrateful

Went I started reviewing Aquaman: King of Atlantis I thought we were getting a mini-series of three movies, one a way. That was the way it was pitched when HBO Max originally aired it so I went in to review it as such, covering each episode of the series, one at a time, as they would be feature length adventures. Honestly, though, I wish I had just waited and watched all three at once, looking at it like one long movie. That's really how the series plays out, especially in this last episode (which I took forever to get back to) which is less of a story on its own and just a cap to the two adventures that came before. 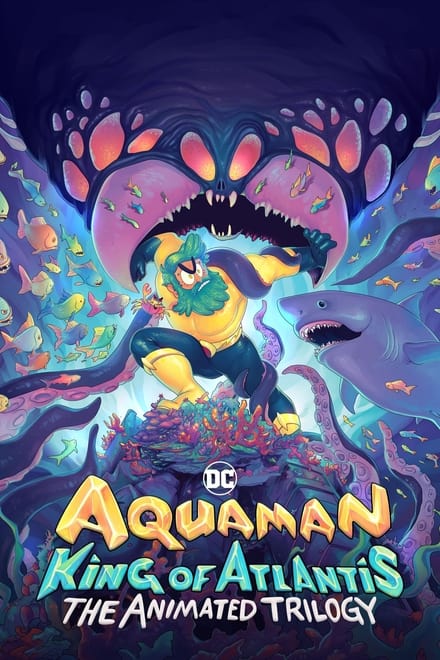 That's not really a complaint on the series, except to say that maybe this would have just been better to do as one long movie. Or, maybe breaking this series down into smaller episodes would have worked better, too. The way the series is designed it feels both overly long and too rushed, without as much cohesive development as I would have expected. That's really a flaw with the first two episodes, which I didn't much care for (see reviews for: episode one and episode two), and less a gripe on this third entry. I actually really liked "Chapter Three: Tidal Shift" as it's a much more focused, and funny, episode than the two that came before. I just wish that the whole series could have been as fun as this silly last episode of the mini-series.

This third episode sees Aquaman (Cooper Andrews) and girlfriend Mera (Gillian Jacobs) back in Atlantis dealing with their ungrateful subjects who still don't treat Aquaman as their rightful king, this despite all the things he did for them (like fighting a trash-collecting mad man and saving an Atlantean outpost, or capturing the renegade Ocean Master). They don't care about his deeds, even though he brought back two magical time stones that would make nice additions to the royal treasury. They'd, frankly, much have the criminal Ocean Master as their king again.

Things take a turn, though, when a prison break orchestrated by Ocean Master (Dana Snyder) lets everyone in the Atlantean prison out. Now criminals are rampaging around the streets (and waters) of Atlantis, all while that mad trash collector, Petyr Mortikov (Andrew Morgado), makes a dash for special time/space armor that, when combined with the time gems, would give him unlimited power. If he gets that armor all of Atlantis, to say nothing of the world, would be doomed. Only Aquaman and Mera could possibly save the day then.

As all three of these episodes were produced at the same time, aired one week after another, you should already know the basics of what to expect here. The series is done in a very silly, very over-the-top animation style that does look similar to the style of many modern, children-targeted cartoons. I wasn't a fan of it in the previous two episodes and I don't really like it here, either. That said, I'm sure plenty of other viewers will have no issue with it so there's no real point in bitching here about it. It's consistent with the style of the show so it is what it is. 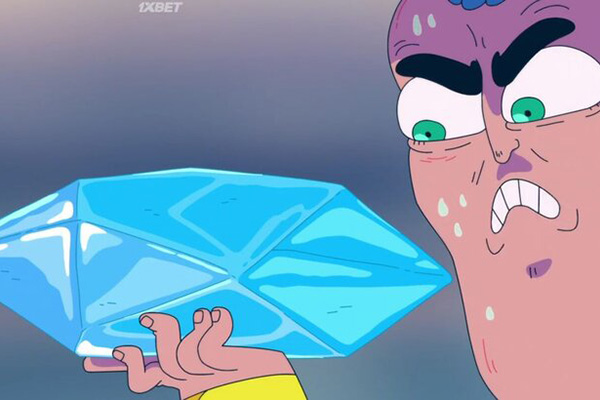 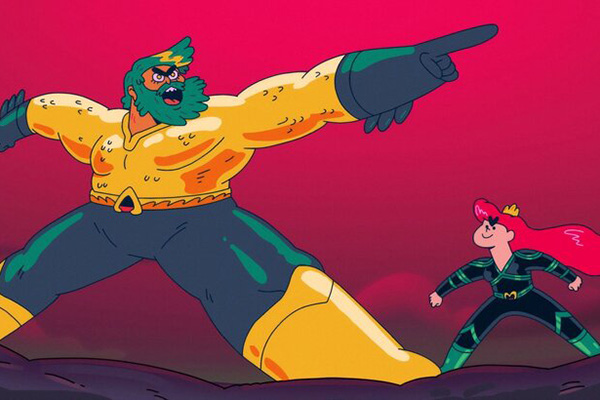 By the same measure the humor of the series is also pretty basic. Again, it's geared towards a more family-friendly crowd so there isn't a lot of subversive humor, or things that will go over the heads of younger viewers. It's all very silly and very basic and while humor I actually did chuckle at came more from the performances of the actors than anything that was on the written page. Thankfully some of the worst running gags, like the constant references to baseball in the first two episodes, are gone here (admittedly replaced by other running gags, but at least those hadn't been beaten into the ground over an hour-and-a-half already). I did chuckle a few times, which is more than I can say for the first two episodes, so that's not nothing.

On the subject of the voice cast, I do think they deserve credit for making this series (and this episode in particular) work as well as it does. The material here is very basic and incredibly low-stakes (this despite the villain, at one point, cutting the whole Earth in two), but it's watchable because of Andrews and Jacobs. By this third episode it's pretty clear the two have gotten comfortable with their characters and there's a very easy, very listenable quality to their voice work. Not everyone gets as much to do as these two leads (and Thomas Lennon, as Volkov, is criminally under-used), but what we do get from the voice actors works really well.

The best part of this third episode, though, is that it's able to just focus on the action of the series. All the story development was handled in the first two episodes so, after a short five minutes to et this episode setup and get the villains in place, we bounce from one action-comedy scene to another, on and on, without the show ever letting up. The dangers do escalate as the scenes go on, with the action rising to an absolutely ridiculous pitch (again, the Earth gets split in twain), but it's enjoyable because it moves at a constant and quick clip.

In fact, I think that's the patch the series really needed to make: the previous two episodes spent so long on story setup, using really corny humor to try and paste over the lack of action. More action 9with comedic elements) instead of just bad humor could have helped those stories out a lot. This third episode isn't necessarily great but by focusing on what actually works in this superhero tale "Tidal Shift" does at least present a genuinely amusing episode that helps to usher the mini-series out on something of a high note. 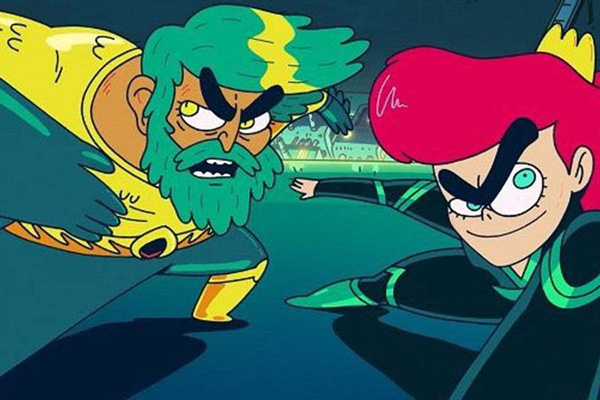 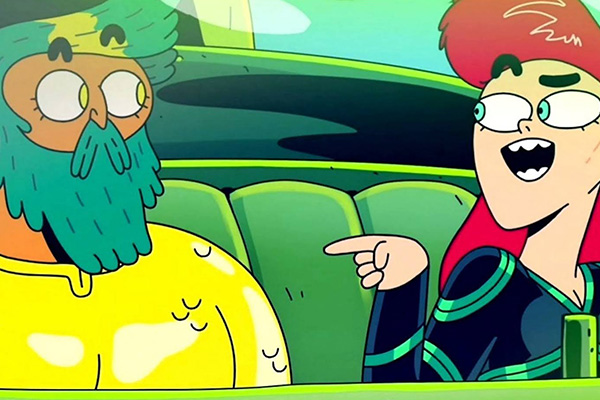 Honestly, Aquaman: King of Atlantis is a bad mini-series. It's dumb, it's corny, and it tries way too damn hard to be funny. There isn't a lot that I actually did like, outside the voice actors, and it feels like this show failed to come together long before it actually hit the animation and production phases. This series died on the pages of the script, a concept for a "funny" AquamanRaised by his fully-human father, Arthur Curry has a history even he didn't know about until he grew: that he was the half-human, half-Atlantean son of the once-Queen of Atlantis, and was destined one day to be it's rightful ruler, the Aquaman. that manages to completely fail to be funny. How this thing go out of the planning stages is beyond me, but it did and it is certainly a thing that exists.

Mind you, DC ComicsOne of the two biggest comic publishing companies in the world (and, depending on what big events are going on, the number one company), DC Comics is the home of Superman, Batman, Wonder Woman, and just about every big superhero introduced in the 1930s and 1940s. has certainly produced some real turds lately and this show isn't anywhere near that bad. The one thing DC has generally been good at, though, is TV animation. This show, though, brings down that average a fair bit as it's just tiring and not enjoyable. The basic pleasures of this third episode don't really help to solve the deeper issues with Aquaman: King of Atlantis. The best I can say is that I appreciate the effort that was put in to make this thing a reality. Next time, though, let's hope they bring in actual comedy writers to write a comedy. What we got here, across three episodes, is just tired and sad.