I still haven't had a chance to watch the old Beyond Westworld series (or, more accurately, I haven't managed to bring myself to try), but we'll skip over that odd entry in the franchise for now and jump ahead to the current HBO Westworld series. This is one that has a lot of buzz behind it, and quite the following online, so it was only a matter of time before I looked at it for this site. 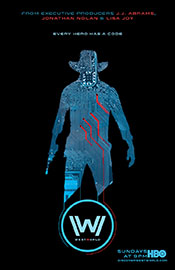 Of course, I've been watching HBO's Westworld since it debuted. Although a lot of people signed on for a weird show with "sex-bots and stuff", I was stoked for it because it's Westworld. The original move isn't talked about much (especially before the new series debuted), so I don't know how many people were actually all that interested in a reboot of that film (or even knew the film existed). I guess, in that regard, it did take the pressure off the series: good or bad, few people would remember the original film to compare it to.

For anyone that's seen the original film but not anything since, the new series is a very different beast from what came before. Mixing a lot of the original Westworld with some of the ideas (and not much else, thank goodness) from the sequel, Futureworld, HBO's Westworld depicts the titular park with all the guests and robots within. But while the original movie was about an unknown virus affecting the robots until it all boiled down to a battle between Yul Brynner's Man in Black-bot and some hapless schmoe that just wanted to get busy with sex-bots, the new series plays a long, slow game of it.

I don't want to get into too many details about the plot of the series largely because the whole discovery of just what the story is really about from episode to episode is most of the fun of the game. Suffice it to say that the show spends a large amount of time on the robots themselves, exploring what life is like for them and figuring out if automatons created simply to play-out single storylines can actually have agency. More importantly, can the robots of souls?

It's heady stuff told from the perspective of a few different characters. Dolores is a robot programmed to play the role of a sweet farm girl and who acts as a kind of "intro storyline" for many new men that come to the park; she also may have a few secrets in her past that, due to programming, she's forgotten. Maeve is the madam of the brothel although, as we quickly learn, this isn't her first storyline and, more importantly, memories of her old lives start bleeding into her head. Bernard is one of the park attendants, the lead programmer in charge of most of the goings-on around the park and, as you'd expect, he's the first to notice little errors in the world. And then there's the Man in Black, a human in the series (as opposed to Yul Brynner's bot) who thinks there's more to the park than just sex and violence. 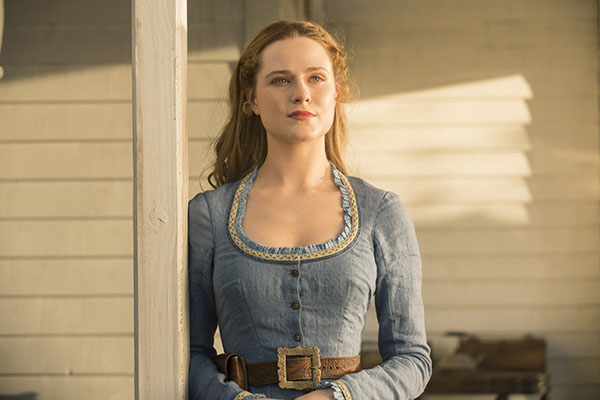 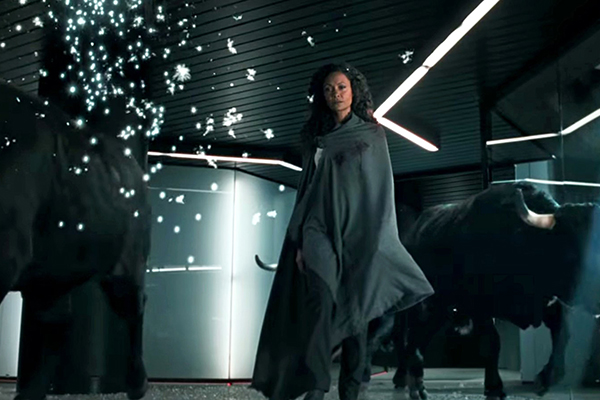 Through these four main characters (and the various side characters that wrap in and around them), we start to explore how the park works, how the robots work, and just how many secrets there are hidden beneath the surface (a lot, as we steadily learn). But the series also plays with us by shifting everything around in time, sometimes just telling a story out of order and other times by having the memories of hosts and humans overlap in ways to obscure which timeline we're in. At first this was an intriguing way to tell the story -- a major plotline of the first season was told via flashes back and forth through memories and it was very effective at exploring the character, and the world, all while hiding a pretty good twist. The first time they pulled the trick, it worked marvelously.

But this is the kind of trick you really only get to pull once -- after the first time you do it, people will start paying attention for it, expecting it, and, eventually, they'll get annoyed by it. Just look at the works of M. Night Shyamalan: his first film was The Sixth Sense, which had a pretty big, pretty good twist ending. He then followed it up with Unbreakable which had an effective twist, and then Signs which had a stupid twist. Then there was The Village which was, effectively, "The Twist: The Movie" (it was one of the dumbest movies I've ever seen). On and on, the man goes back to the well for increasingly poor effect, trying to find a twist to work into his movie because that's what he does.

It feels like the writers/creators of HBO's Westworld have fallen into that same issue. The big twist of first season then lead into a good secondary twist with a gut-punch ending that promised to take the series in a different direction from the first -- if the first season explored the world setup in the original film, the ending of the season promised to explore the chaos than ensued in the second half of the movie. And it kind of did, but in confusing ways that didn't always pay off. We again had a major plotline told through twisted memories of one of the robots, but running parallel was a length story about the robots warring with the humans, as told from the perspective of two of the bot: Dolores and Maeve. While I loved the Maeve storyline because she got a lot of agency and the show explored all kinds of weird things with her, Dolores never really managed to pay off in a satisfying way.

It all comes back to the twist. The creators really wanted the twist to have impact but because of the bounds of the storyline, Dolores got caught up in the twist. The then lead to her getting sidelined for whole sections and, when we do see her, the character is almost unrecognizable from first season. It leads to a tonal dissonance with the character which then forces us to not care about her as much. This blunts the impact of her storyline (and the twist of the second season) because the show wants her to be a main character but doesn't treat her like one. 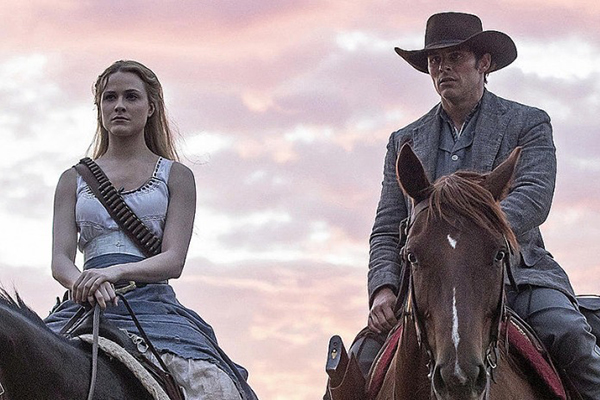 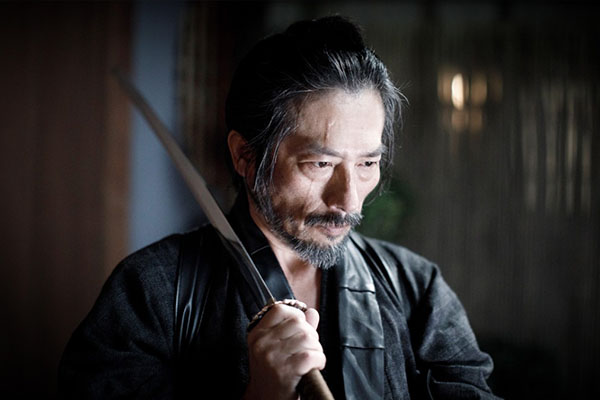 I did still enjoy season two, episode to episode. There were great storylines (like Maeve's) and standout episodes ("Kiksuya", which explores a Native American side-character and devotes an entire episode to his long story) but, on the whole, the season never pays off the way the creators obviously wanted it to. The diminishing returns of one twist after another reduces the overall impact of the story they told.

Moving into third season (which, again, promises to take us in a new direction for the series), I have to wonder if the story can move beyond twist endings to tell a fully-formed, cohesive storyline. I will, of course, watch it (because it's Westworld) but I really hope we can get back to the deeper storylines of the first season and ditch the need to enslave every storyline in a twist ending.