I watch just about everything eventually, so long as we're talking scripted fare (reality TV, by and large, doesn't thrill me). If something looks even halfway interesting I'll give it a few minutes of my time, see if it hooks me. It's a great habit to have for this site, certainly, but even when I'm not writing about random movies and TV shows I tend to just consume media. 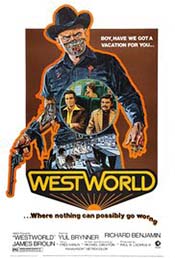 It should come as no surprise, then, that I've been keeping up with the recent Westworld series on HBO. It's sci-fi, which is right in line with what this site generally covers, and it's watchable enough that I could easily get into it and let the strangeness of the series wash over me. That said, I was interested in the series even before I heard it was a bit of a head-trip -- I'm a big fan of the original film.

Released in 1973, the original Westworld was a Michael Crichton joint (written and director by the prolific novelist). Like the series it tells the story of the titular Westworld, a theme park for adults populated largely with robots. Guests, like our two main characters Peter (Richard Benjamin) and John (James Brolin), would come to the park to immerse themselves in an American Old West-style environment, complete with bar fights, gunslingers, and places of ill repute. It is, essentially, the Hollywood vision of the Old West as depicted in every Western ever.

Into that settings walks the Gunslinger (aka "The Man in Black), a robot played by Yul Brynner who's basically the big man of the town. If we use the parlance of the more recent HBO series, when the Gunslinger walks into town, all the plotlines revolve around him. of course, our two main characters have a run in with the Man in Black, and they gun him down (which neatly establishes that the robots aren't allowed to hurt the humans because, otherwise, how would two doughy dudes be able to gun down a trained gunfighter). We then see the Gunslinger taken into the repair shop (neatly hidden away from the main activity of Westworld) to get all fixed up, but that leads into the main plotline: the robots aren't behaving quite right. Soon enough, the Gunslinger is back on the street and this time he guns down John.

Soon all hell breaks loose as the robots go off script and start killing the human visitors. Peter has to run from the Gunslinger while finding a way out of the theme park. This then leads him past Romanworld and into Medievalworld (the other two parts of the complex), where the final confrontation with the Man in Black occurs. 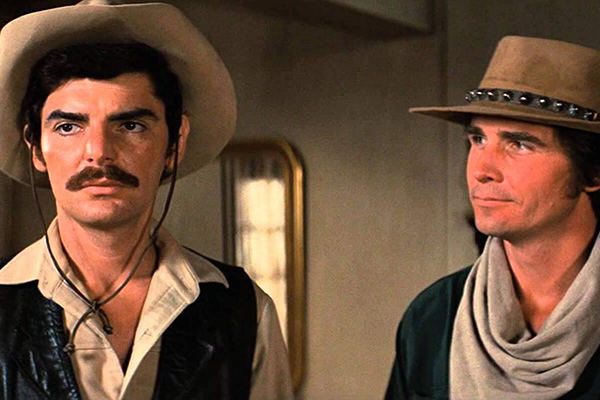 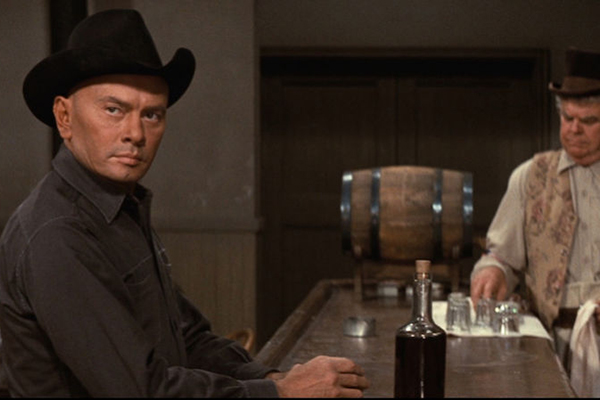 So the movie is about control leading to chaos, a theme park that descends into madness. This is a theme that Crichton would revisit, of course, in his novel Jurassic Park, and it's clear from these two stories (along with a few other novels of his that I read) that despite being a sci-fi novelist, Crichton didn't really trust technology. Like, at all. His sci-fi stories are always about some big innovation leading to mass chaos when the worst thing that could happen then does happen in the most obvious way possible. What happens when you set up a theme park staffed with robots and then give the robots guns: they start killing people. Duh.

Despite the simple storytelling, though, the Westworld movie works. A lot of that, of course, is due to Brynner who, by this point, was a household name when it came to Westerns after starring in The Magnificent Seven and one of its sequels along with a number of smaller westerns. Putting Brynner in the role of a gunslinger and then making him the bad guy (playing against expectations) was a brilliant move and it makes you question everything that's going on (including if the humans are really such good guys). The casting of Brynner gives the story more depth than it might have had otherwise, aiding in no small part that he was a fantastic actor that could sell the cold menace of the role.

Of course, once the movie descends into chaos you're ready for the ride. The movie wisely builds to it slowly, letting things go haywire a little at a time before the big event. This allows the third act to function as a release, shifting from tense thriller to all out action. The final part of the movie functions as a monster movie, with the evil robot relentlessly stalking the human (in a way, reminding me of The Terminator released nearly a decade later -- it wouldn't surprise me if this film was an influence on director James Cameron), and it's enjoyable to watch. The final sequences are tense in their own way with a creeping dread that no one is going to survive this nightmare.

While conceptually the movie is pretty smart, with an interesting sci-fi hook to hang the film on, it's not really a "smart" film. The story likes to wallow in the muck with its heroes, enjoying the licentious nature of what they're getting up to before shifting to a hulking monster movie. But then that's really why it works. If it tried to be smarter (like the later HBO series) it probably would have had to spend more time on its story which would have slowed the pacing and made for a very different (and probably much longer) movie. 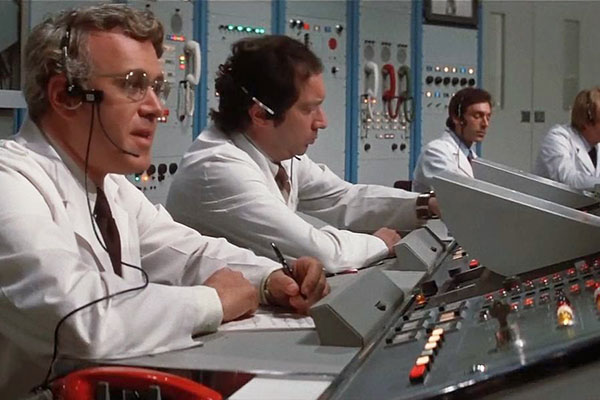 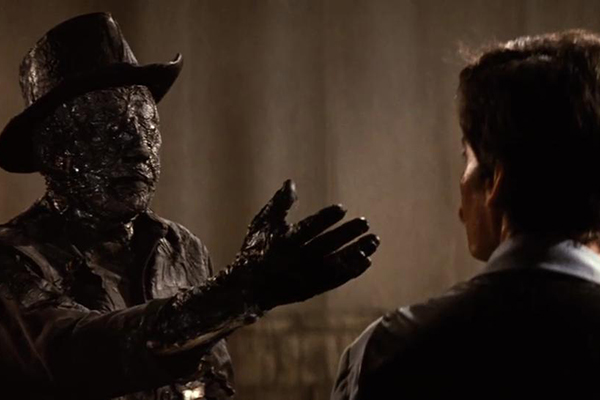 You know, like its eventual sequel, Futureworld, which we'll cover next time...