I Sing a Song of Tyrion

With this season we reach the halfway point of the series (maybe even a little more, considering that the last two seasons are shorter in length). After this season is over, everything should be setup for the run and we should know which characters are going to carry through to the end as the series picks up momentum and heads to the finale. If they're a big character and they survive this season, it's reasonable to assume they'll have some reason to be there by the end of it all. 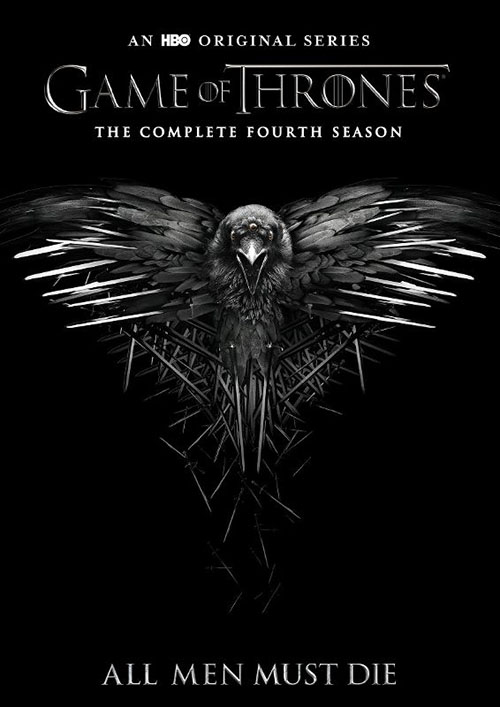 So where does this season take us? Well, most of it is concerned with Tyrion Lannister, everyone's favorite dwarf. At the start of this season Tyrion is still struggling with the fact that he was forced to marry Sansa Stark. Of course, her brother, Robb Stark (King of the North), was killed at the end of last season by a Lannister plot, so she at least in part blames Tyrion as well (even if he didn't know anything about it). He's understanding, of course, but there's no real bond between the two of them. This becomes clear when the king, Joffrey, is murdered at his own wedding, and Tyrion is seemingly blamed for the crime. He's jailed while Sansa goes on the run (with Littlefinger), which only seems to fuel the blame towards Tyrion. He's put on trial, gives a fiery speech before saying he wants a trial by combat, and when that doesn't go well he's put out to dry with the expectation that he'd be executed. It's a long journey for him, but by the end of it he might find some light.

Meanwhile, there's everyone else. John Snow is still dealing with the wildlings coming to invade the north. The army of 100,000-strong wildlings comes to the wall and, with only a thin band of men, they have to try and fend off the assault. Things look grim indeed. Sansa, of course, is on the run, hiding out at the Erie, the castle of her aunt high up in the mountains. Arya has been traveling with the Hound this whole time, marking for one of the longest journeys in the series (seriously, is she going to spend her entire life by his side?), and Daenerys takes over another large city over in Essos and then spends most of her time trying to figure out how to rule it properly. So, really, if you're not Tyrion not much happened to you this year.

This season is uneven, to say the least. There are big moments to be sure (a great battle up at the Wall, which takes up an entire episode, and a good brawl between the Hound and Brienne of Tarth), but it's hard to say much happens this season. For many characters they end the season more or less where they started, and those that move forward (like Sansa, for example) do so in a single episode and then basically stay there, frozen in amber until next season. It means that, for the most part, characters are checked on once or twice and then ignored because, for whatever reason, they can't move forward just yet.

I assume that, at least in part, this is due to how the novels were written. Each season of the show essentially covers one of the novels in the Song of Fire and Ice series, and I know that book four, A Feast of Crows largely focuses on the southern characters in the series. This might explain, at least in part, why most of this season focuses on Tyrion, essentially to the detriment of everyone else. A Feast of Crows runs in parallel to the fifth book, A Dance with Dragons so, presumably, the next season would focus more on the other stories in that book... except it can't totally do that either because some characters (like Sansa and Arya) would be visibly older than they are here. In short, this season is kind of mess because of the needs of televisual storytelling. 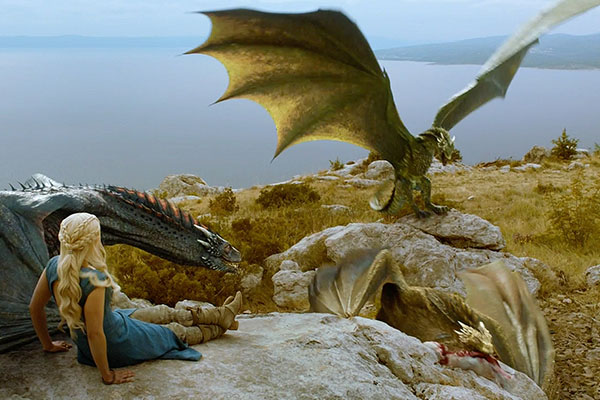 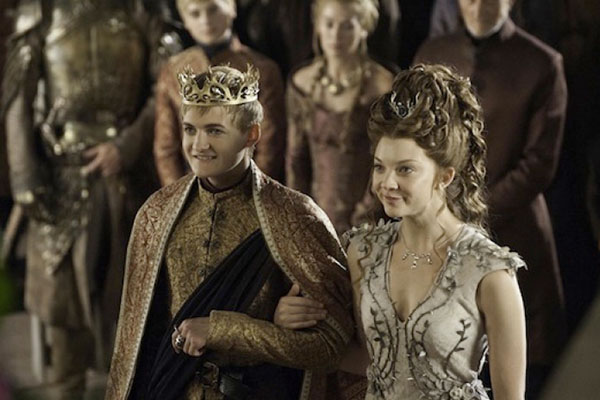 This does illustrate a big problem the shows have over the books. These seasons come out one a year, and events that can take place quickly in the books have to happen more slowly here, with characters growing older much faster. This also means that when someone leaves the show for a season, when they come back the show has to explain what they've been up to this whole time. When it does, such as the case with the Hound and Arya where they seriously have been traveling for a year now back and forth across Westeros, things just don't make narrative sense for the time line. That said, if the show would just give us a spin-off of the Hound and Arya riding around and solving crimes, like Kung Fu: Westeros I would watch the hell out of that.

Sure, the show does try to check in with everyone at least once, but in many cases it doesn't feel like the characters get very far at all. Daenerys has been cutting a fast, steady path across Essos, but then she gets stuck in the mud trying to deal with politics in her new homeland. While it makes some sense for the character, her momentum is all but lost at this point and it's hard to see when she's every going to get back to taking over Westeros. Stannis Baratheon, another king who appears off and on throughout most seasons, makes a couple of brief appearances this time before suddenly playing a climactic role near the end of the season. While I can appreciate the show putting him to good use, the fact is that he appeared so infrequently, with so little to do, that his sudden appearance felt like it came out of nowhere.

But then there's Tyrion who basically becomes the main character of the season. He gets to have a long, full arc over the course, which has a solid selection of big moments and great scenes. As much as the show seems to forget about other characters for long stretches, Tyrion essentially appears in every episode (save one), and by the time he ends the season he's in a very different (although not arguably better) place than he was at the start. He has narrative momentum, he's going somewhere. It's s stark contrast with everything else this season.

The only time the show really seems to care about anyone else all season is the one episode set up by the wall focusing on John Snow and the Night's Watch. This episode is great, on its own, with plenty of solid character beats and an epically large battle. This is the first time the show has every tried something on this scale, with huge armies and big action, and it does it very well. Each season the show promises huge moments like this, but this is the first time the show really committed to it and gave us what we came here to see, and it's glorious. The resolution (which I won't spoil just in case you're watching through these seasons as we do) is a touch spotty, a little to convenient, really, but on the whole this episode is a standout for all it accomplishes. 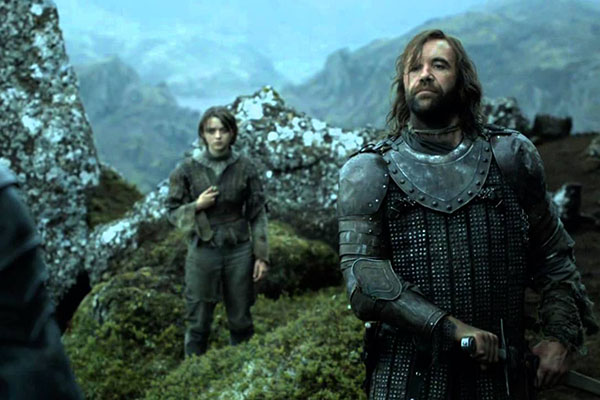 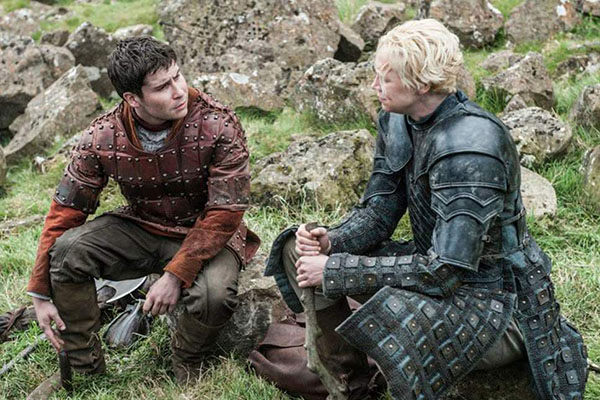 I wouldn't say this season is a dud as there is plenty to like this time around. Certainly, though, I could see anyone who is a fan of the show but not of Tyrion getting fed up with this season's arcs. A lot of their favorite characters basically got to stand around while Tyrion (who I think is awesome) stole the spotlight. If getting more time with Tyrion is what you want, this season delivers. Otherwise, this season was probably more of a chore than you would have liked.

It comes at the end of the season, but the big death is certainly Tyrion killing of first Shae (his lover) after she betrayed him at the trial, followed by shooting his father while Lord Tywin sat on the crapper. This one-two gut punch was certainly the biggest moment of the season.

Meanwhile, also tying into Tyrion, the most shocking and gruesome death belongs to Oberyn Martell (Pedro Pascal), Tyrion's champion at the trial by combat. For a while it looks like Oberyn is winning against the queen's chosen champion, the Mountain, but then he gets cocky and let's the Mountain gain the upper hand. It ends with the mountain gouging out Oberyn's eyes before crushing his skull to mush. It's gross and horrible, the ind of moment you come to expect from this series.

Well, when he's the focus of the season it's hard to pick anyone else. Hands down that honor goes to Tyrion this time.