East is About to Meet West

When last we checked in with our (dour and) merry band of heroes, things weren't going so well for all involved. Season five of Game of Thrones ended with all the character suddenly moving forward on their various paths... all but one. The season ended on a shot of John Snow, bleeding on the ground, dead after a band of Night's Watchmen had killed him for (perceived) treason. For fans of the books, this was the last spot they'd ever gotten to, a big moment for that character as the last officially released book came to an end. Everything from this point forward would be new ground, and fans eagerly wanted to find out what would happen next. 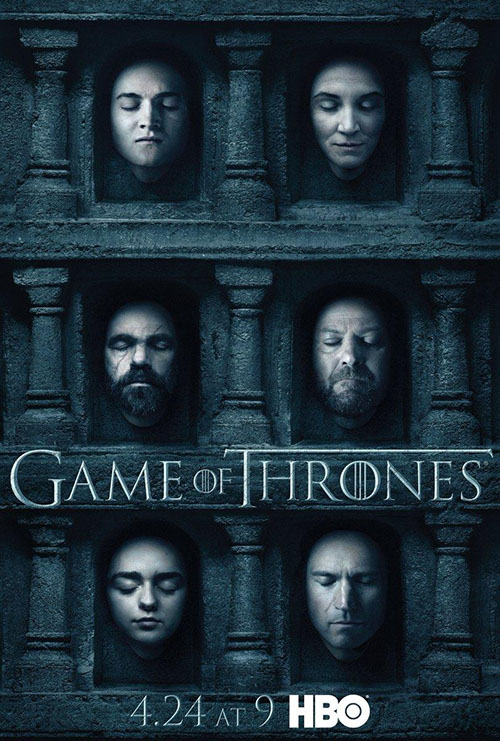 That's the place we find ourselves in for season six of the show. Fans of the books are still waiting for the next book in the series to come out (as George R. R. Martin is famously slow at writing the novels in the Song of Fire and Ice saga) while the show has already plunged on ahead. Anyone that knew what was going to happen before is just as in the dark now as everyone else. It's virgin territory, and we were suddenly all in the same boat together.

So where did the show take the story now that it was under the auspices of the books, riding high with only a thin collection of notes from Martin? Well, for starters it opened up the revolving door of death and let John Snow come right back. As had been established a couple of seasons earlier, the Lord of Light (a god many believe to be the only true god of the world) can revive chosen champions if a proper priest (or priestess) says the right words over them. This happened on the show once before when one of the members of the Brothers without Banners was brought back by their priest, showing that not everyone had to stay dead. Suddenly there was a possibility that characters could be protected by plot-armor and, once John Snow died, it was assumed the show (and eventually the author) would use this out to bring John back and give him a second life beyond the Wall.

As we noted in our season five review, this changes the whole dynamic of the show. Now, instead of anyone possibly being able to die, and those deaths being permanent, we could tell there were certain characters that would never die, that were going to make it through the show at least up to the point where their story had to naturally end and they got a fitting conclusion. Maybe not everyone would survive (all bets are probably off in the final season, really) but now we could reasonably assume that any major, named character that made it this far was going to live because they were needed. John Snow's resurrection proved that and it changed the very essence of the show.

Not that I think that's entirely a bad thing. Game of Thrones is a show that prides itself on being shocking, or using the brutality of the period to prove just how costly war could be. That was great in the early seasons and it helped to give the show momentum. At a certain point, though, that kind of storytelling, the meat grinder of characters, gets tiresome. It drains you as a viewer and it stops you from every really being able to bond with characters. With plot-armor you know you can care when Arya becomes a Faceless Man and proclaims she's heading home to Westeros, or when the whole Essos contingent pack up their ships and sail off to Westeros. These are characters you want to care about, and now with the assumption that the main characters are safe for (at least) a time, we can finally really invest in all of them. 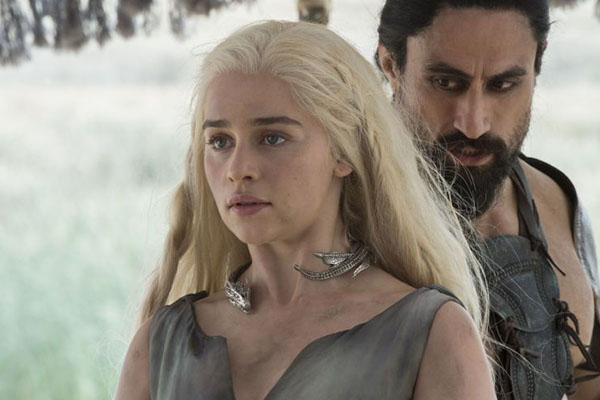 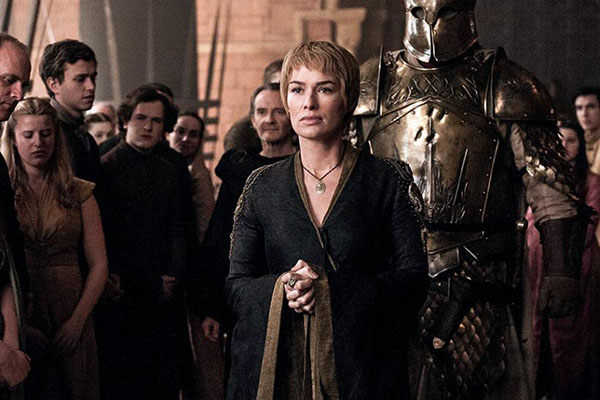 Maybe this ruins the suspense some, but it still leaves plenty of questions on the table. Will they be successful in their endeavors? If now, how will they get out of it? Are we wrong and they're still gonna die? John Snow, obviously, is the focus of this season as he has the most action going on around him (and all the plot-armor). The big set-piece this season is "The Battle of the Bastards" where Snow takes on the evil Ramsay Bolton. Bolton is such a cartoonishly over-the-top character that it was hard to ever invest in him. He was evil enough that he likely would stick around for a while so it was entirely possible he could have won the battle. I mean, Joffrey lasted four seasons before someone finally bumped him off and he was easily the worst character on the show. If he took four seasons to die, Bolton could have lasted through the final eight.

But going up against John Snow it had to be assumed that somehow things would change. Maybe Bolton would die, maybe not, but clearly John Snow couldn't because why else would the show bring him back from the dead. That was a big move for the show to make, too big for it to then turn around and quickly kill John off again in the same season. So instead of investing in the live-or-die story it because a tale of machinations, of good decisions and bad ones.

John's plot line is enjoyable simply to see him, one of the dregs of the series, steadily rise up through the ranks to eventually become a leader among men. The Battle of the Bastards is a well executed sequence, stunning filmed with so much going on. Even if the ending of it is a foregone conclusion (again, because of that plot-armor), it still fun to watch.

But that plot-armor is a double-edged sword. I like the fact that it allows me to finally invest in characters but it also means that sequences like The Battle of the Bastards are blunted because we know certain people just can't die. And if they can't die, how thrilling can a all-out, bloody war really be? That's a question the season never really manages to answer and, sadly, we're still waiting for it two seasons later (although the final season does seem to promise that every death is back in the cards again). 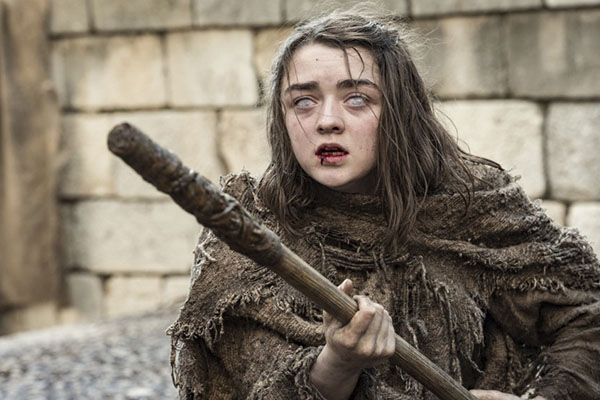 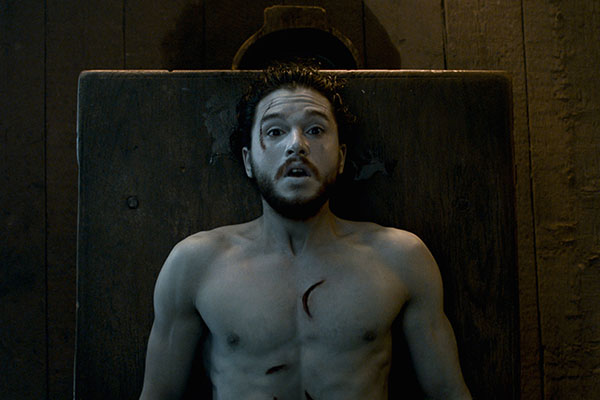 Season six leaves Game of Thrones in an odd place. Right now it's the definitive story of the series, the only version of events to play out after Book 5 of the saga because Martin still hasn't finished writing these books. Fans are probably happy to finally know where the story is going but, at the same time, it must be bittersweet because the whole saga is now changed, different in a way that can never really be changed back. The energy has evolved, and characters are now protected in a way they never were before. Many fans are probably hoping that the plot-armor the TV series has put in place won't also be in the books, but somehow I doubt it. The TV series is still running off Martin's notes so even if he changes the details the broad strokes are going to be the same.

And then we have to contend with the fact that there is one end point, one final conclusion for the series, and more than anything sixth season sets all of that up. The chess pieces move, the board gets arranged, and soon winter will arrive. The final wars are almost upon us and it's only a matter of time before John Snow, Daenerys Targarian, Cersei Lannister, and the Night King collide for one epic battle. And by that point we'll probably already know who's going to win because that's the kind of show Game of Thrones has become.

Ramsay Bolton dies this season and it couldn't have come soon enough. He was a prick and no one will miss him. His death is important, though, because it basically frees the board up for the big characters to go after each other from positions of power.

Rickon Stark was never a major character on the series. Hell, he was all but ignored for two seasons before being brought back here, and even then he was just a puppet, a pawn to be used by Ramsay. His death was inevitable, but that didn't make it any less sad. We might not have had much Rickon on the show, but I do think he deserved better than the death he got.

We're gonna go with Sam this time. Sam is John's best friend and the only person he really trusts, and this season he grows to be a kinder, warmer, funnier soul. He's a stark contrast to the rest of the series and sometimes you need that to make the world bearable.