We Own This City

It is accepted as fact that The Wire, the five-season HBOThe oldest and longer-running cable subscription service, HBO provides entertainment in the force of licensed movies along with a huge slate of original programming, giving it the luster of the premiere cable service. series that followed the Baltimore drug war (on both sides, cops and dealers), is a masterpiece. And for good reason: it is an absolute masterpiece. It's gritty, it's messy, and it holds nothing back as it shows the cost of selling drugs and fighting the business. It's an amazing show that tracks all of the factions at work in Baltimore -- cops, politicians, schools, dealers, media, and more -- and builds this compelling tapestry. And it's sad because, end of the day, it's clear the drug war will never end (and history will just keep repeating itself). 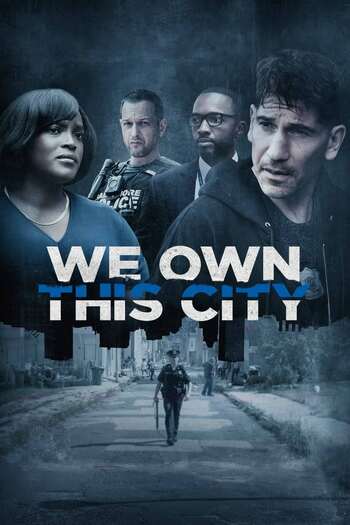 Before The Wire there was The Corner, an HBO mini-series co-written by David Simon and Ed Burns. Simon had worked for the The Baltimore Sun for 12 years before writing Homicide: A Year on the Killing Streets (which served as inspiration for the NBC series Homicide: Life on the Street) and the co-writing the book The Corner with Ed Burns, which went on to become the mini-series. Burns, meanwhile, is a screenwriter, novelist, and producer who has worked repeated with with Simon to craft these intricate and depressing shows about Baltimore. They chronicle these stories to show us what's going on, and just how much this one city is rotting from the inside.

We Own This City is Simon and Burns's first Baltimore-set collaboration that wasn't originally written by the two of them. Based on the novel of the same name by Baltimore Sun reporter Justin Fenton, the book is a non-fiction chronicle of the real events surrounding the Baltimore Police Department's Gun Trace Task Force. The show, while an adaptation, hews closely to the original book and works hard to show, once again, the rots within Baltimore P.D. It isn't a happy story -- frankly it's even more depressing than The Wire -- but it is an honest depiction that, one would hope, might finally bring some needed change to the department (although, let's be honest, that likely will never occur).

The mini-series opens with Sgt. Wayne Jenkins (Jon Bernthal) giving a speech at the police academy to a crop of students. His speech is about police brutality, with him contrasting what the cops want to do with what they should do to make a good, clean bust. He seems to come down on doing this right, not abusing suspects and staying on the right side of the law. The irony of this is not lost on the audience as soon, through a series of flashbacks, we see him and his crew, the officers on the Gun Trace Task Force, go out of their way to do everything the wrong way time and again.

It's not spoilers to note that these cops are arrested for the events depicted in the series; the arrests happen early, but we get the events leading up to it over the course (plus you could just look up the case). Instead, what we watch are the crimes they committed -- false arrests, falsified evidence, planted contraband, stolen money, and more -- all because, in their own words, "we own this city." Despite all this, Sgt. Jenkins still viewed himself as a hero, a good cop doing good work. This despite him clearly going up the river for a long, long time. And despite the whole task force getting taken down, we watch as the department tries, and fails, to enact reforms to stop the next corrupt team from doing all this again. It's institutional, it's coming from the top of the government in Baltimore on down, and there's nothing anyone seems to want to do to stop it. 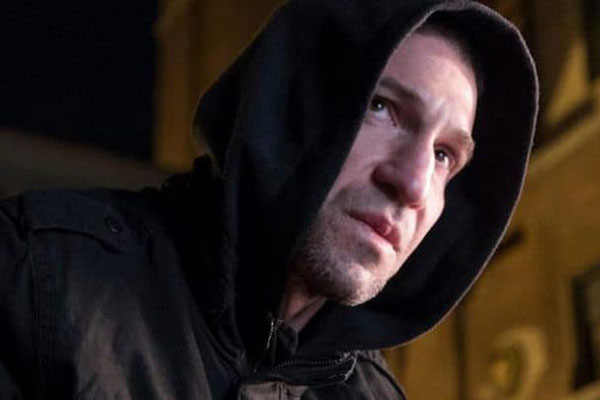 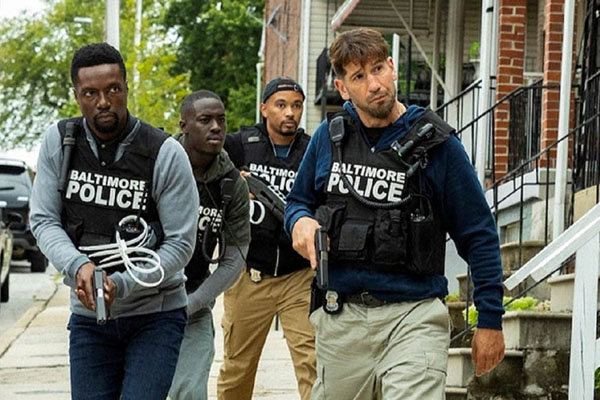 To say that We Own Tis City is unflinching is an understatement. Despite this crew getting sent to prison (again, I hardly consider it spoilers when you can look the case up Online), the show is very clear that there is no hope for Baltimore. Those that want to see change in the system are stymied again and again as one administration after another rolls in and pushes back any reforms that could take place. Of course, then we learn that those people, too, are corrupt and brought up on unrelated charges and you get the sense that no one working in Baltimore's government is above reproach. That's the point. The story isn't about what could be done to make it better, it's depicting the rot within. There is no hope, and that's what We Own This City clearly depicts.

That being said, the mini-series is a worthy watch. For one, the show does try to illustrate what could be done to make things even slightly better, to reform and reduce corruption, if only someone were willing to actually do it. Certain characters come up with solutions (but are, of course, stymied by those over their heads), but the series clearly shows us, "hey, if only..." It's bleak, and likely there will never be any change, but hey, maybe one day.

Selling all this is an incredible, large cast of actors. It's hard to list them all and detail their contribution, but there are a few stand outs worth mentioning. For one, theres Bernthal as the corrupt Sergeant. Bernthal here taps into the same kind of manic energy he had (from time to time) as The Punisher. I wouldn't say the series really stretches his acting chops as this is the kind of role he could play in his sleep, but at the same time Bernthal does invest himself in the role and play the character just as you'd like. He's gruff, his twitchy, and he's pure Bernthal.

Then there's Jamie Hector as Sean Suiter. Suiter was, at one point, on the Gun Trace Task Force and we're initially led to believe that he managed to keep himself clean during his stint before moving over to Homicide. However, the events are gray enough that it's not quite clear, and he meets an unfortunate fate right when it seems like the walls are closing in. Hector depicts all of this with a quiet reserve, a performance that's much more in the eyes that Bernthal's broad and twitchy style. It works because this is the kind of character Hector is great at playing, and that's exactly why he was cast for the role. 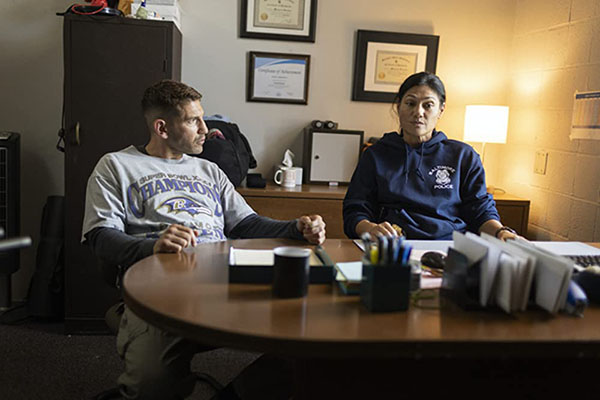 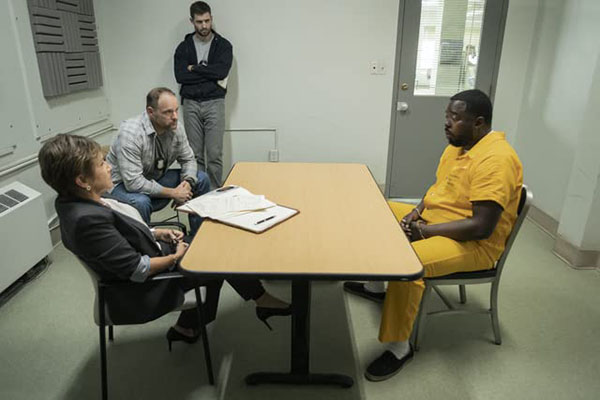 Frankly, We Own This City is a tough watch, but a necessary one. When people say, "well, why can't anything be done about blah blah," this is the kind of show that illustrates just why that's so hard. It's the system that's the problem, not just a few bad actors. Those bad cops exists because there's a system at play that supports that, that tries to brush their bad actions under the rugs because the make good numbers and say the right things on camera. To fix that you'd have to, oh, I don't know, reform the police. Top down and across the board. Maybe that could do the trick.

Until that happens, though, we'll continue to get stories like We Own This City, not just in Baltimore but in other cities and towns as well. The war on drugs failed and as shows like The Corner, The Wire, and We Own This City clearly depict, that is a reality that will never change. Instead we have to move on and find a new way to save our people and are city because the current way just isn't working.