The Darkness and the Light

Gotta say, Stargirl is a weird show. It's not actually weird in content or production -- it's very much a standard CW-style show in production design and aesthetics -- but the fact that is both exists on the CW (having moved there from it's original home on the DC Universe app) and yet doesn't really tie into the larger ArrowverseWhen it was announced that the CW was creating a show based on the Green Arrow, people laughed. The CW? Really? Was it going to be teen-oriented like everything else on the network and be called "Arrow High"? And yet that one show, Arrow has spawned three spin-offs, various related shows and given DC a successful shared universe, the Arrowverse on TV and streaming. (despite one cameo appearance from a 'verse actor) means it's both in and not in the CW's larger superhero epic. It's tucked away and could just as easily be ignored as any random show on the CW. 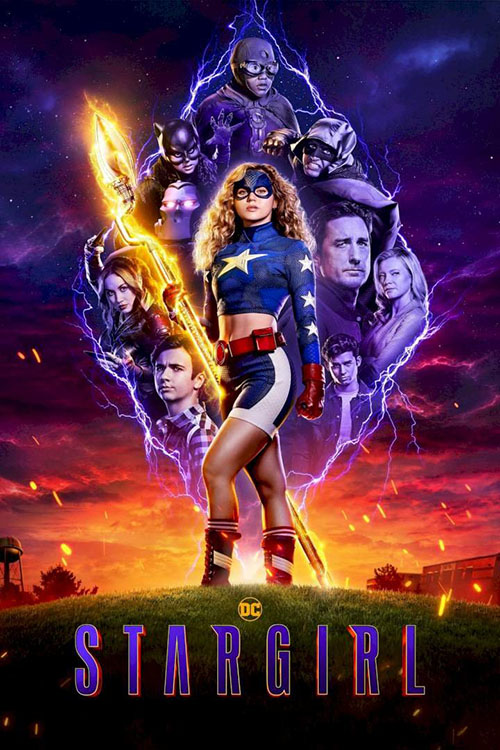 And yet by being tucked away, allowed to explore its own stories without having to tie into the greater universe of stories going on with the CW's main shows, it does feel like this series is much freer to do its own thing. It has it's own cast of characters that don't have to tie in with any existing superheroes in the larger CW multiverse and it can do things its own ways without fear about how it will ripple into other shows. It's like how Supergirl and Black Lightning used to e4xist separate from the larger 'verse before they were merged in, but Stargirl does a much better job of using it's own pocket universe, and the creative voiced behind the show, to tell its stories.

Maybe it's that the teams working on these shows have learned over time, getting better at telling these kinds of stories. Many of the shows already on the CW are so far along in their runs that shifting gears and changing or adapting is harder for them. When you have six years of continuity behind you, and a team that's been doing a show for so long, it probably is easier to settle into the formula of it and just go with the flow until the show eventually biodegrades on its own and the CW cancels the run. Stargirl benefits in a way, then, from having to change networks as well as having only one short season under it's belt before now. It can adapt and tinker with its format to improve and grow in ways the other shows on the network (outside of the fantastic, always reinventing itself Legends of Tomorrow) simply can't.

That's the surprising thing I found while watching this second season of Stargirl: it actually became a good show. The first season of the series was uneven, a very "Arrowverse" style show in all the derogatory ways that could be meant. It had a cast that felt uneven in their roles, a story against a bunch of villains that simply didn't hit, and an overall arc that played a little too safe. It felt like "Superhero High School" and you had to wonder, honestly, why it was on the DC Universe app when it seemed like it was made as forgettable CW fodder. Burt the move to the CW seemed to reinvigorate the show, or perhaps its that show-runner Geoff Johns (who also created the character back in her days on the pages of DC ComicsOne of the two biggest comic publishing companies in the world (and, depending on what big events are going on, the number one company), DC Comics is the home of Superman, Batman, Wonder Woman, and just about every big superhero introduced in the 1930s and 1940s.) took the feedback from the previous season and used it to subtly retool the show. Whatever the case, it came back with a vigor and felt like a reinvented show that actually knew what it was doing.

That also goes for the cast as well. Lead actress Brec Bassinger, who plays Star Girl / Courtney Whitmore, seemed so very out of her depth in the first season, playing her character as a bland and perky cheerleader and not as someone that could actually handle the ups and downs of being a superhero. There was no depth to her performance, which also did go for the rest of the teenage cast -- Yvette Monreal as Wildcat II / Yolanda Montez, Anjelika Washington as Doctor Mid-Nite II / Beth Chapel, Cameron Gellman as Hourman II / Rick Tyler. These were supposed to be our new Justice Society, and while I loved the fact that the show was building itself off this old cast of superheroes (the Justice Society doesn't get nearly enough love, unlike the Justice LeagueThe premiere team at DC Comics, their version of the Avengers (which actually came before the Avengers and, really, has existed in some fomr since the early 1940s), the Justice League is the team-up to end all team-ups, featuring some of the most popular, and longest running, characters in all of comics history (and also Booster Gold).) I just wasn't sold on this cast. 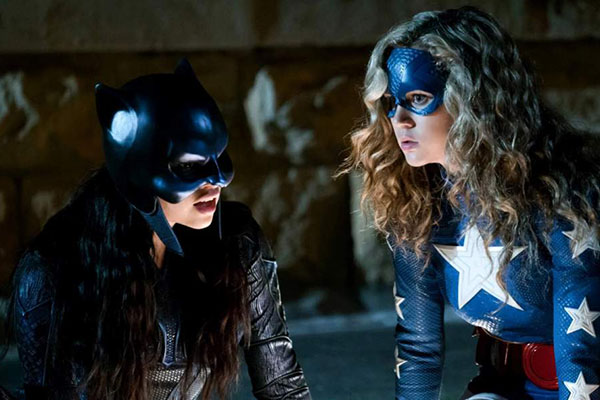 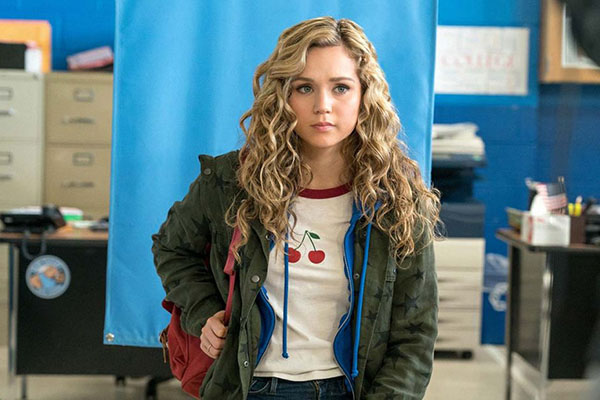 That all turned around in this second season, though. There's actual depth to the various cast members and their performances now. Courtney is no longer just a bland cheerleader but a girl struggling with her responsibilities and the hard choices a superhero has to make. That goes for her friends too, as each is tested, in their own way, but the plot machinations of the season. And, wonderfully, the young cast is more than up for the task of taking on these stories and really fleshing out their characters. Each of the founding members of this Justice Society II grow and evolve over the course of the season, aided in no small part by the actors themselves.

That plot seemingly starts as a battle between JSA and new rival faction, Injustice Unlimited. Created by Cindy Berman / Shiv (Meg DeLacy), the IU is an evil mirror to the new JSA, and Cindy wants nothing more than to get revenge on the teenage heroes for their take-down of the ISA in the previous season. To get what she wants, Cindy takes into the power of the Black diamond, a gem that houses the malevolent evil of Eclypso (played by Nick Tarabay, although he also has a childlike form played by Milo Stein). Eclypso is a demon of darkness who twists the minds of those devoted to him. He plays on fears and desires, pushing people towards evil for his own delight, and he found the prefect host in Cindy who has bottomless wells of hate and darkness.

Once the JSA and the IU start really fighting, though, the Black Diamond breaks, freeing Eclypso so he could then rampage around their town of Blue Valley. That's when he starts playing his nasty tricks on each of the JSA members, feeding on their fears, their desires, their dark secrets. He grows powerful the more discord he sows, and that only serves the drive the members of the team further apart. But to defeat Eclypso each member of the team has to find the light within themselves, and they all have to come together again to fight as a team or their town, and the world, could be consumed by Eclypso's darkness forever.

Having Eclypso as the villain this season does help the show unite around a single cause. Last season's team of the original Injustice Society was a mixed bag of characters, all of whom needed introductions and explanations and not all of whom really got the depth and development they needed. By contrast, reusing many of the characters from last season and really only introducing one new big bad allowed the show to focus on that villain and give him all the time, depth, and development he needed. In contrast to last season where it felt like the show went off the rails a bit trying to keep ahold of all its moving parts, all its epic plans for the villains, Eclypso remains a solid focal point that drives the show and keeps everything on task. 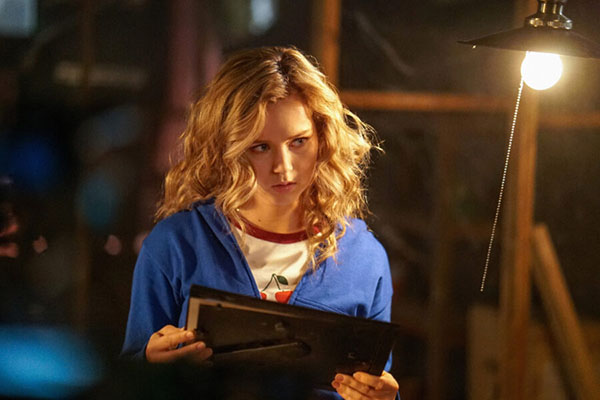 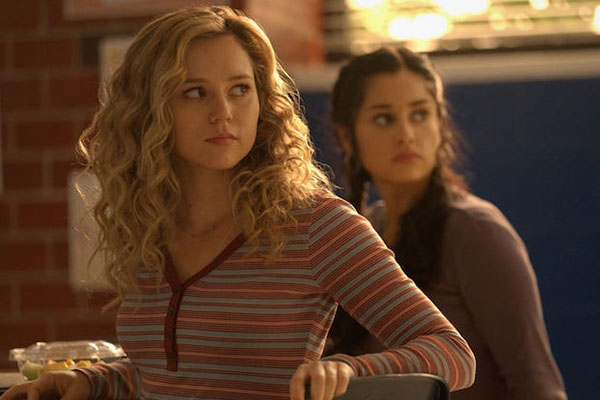 In general the show is greatly improved in comparison to last year, although that's not to say it's perfect. It has a lot of new characters it introduces this season as well, side characters like Richard Swift / the Shade (Jonathan Cake), Jennie-Lynn Scott / Green Lantern II (Ysa Penarejo), and Jakeem Williams (Alkoya Brunson) and Thunderbolt (Jim Gaffigan). Many of these characters have good moments, with the Shade stealing the spotlight more than once so his actor could chew the scenery, but in general we don't really get enough time with these characters for them to feel like essential additions to the cast. That's the problem with having only 13 episodes and such a large and diverse cast on hand: some things have to give.

Overall, though, the show manages to keep itself grounds, focusing on its characters and telling a story that actually does push everyone forward. It feels like a re-energized show, one that actually knows the kind of tales it wants to tell and how best to actually tell them. In comparison to just about anything else Arrowverse related (again, excepting the Legends), Stargirl actually feels like a show that's really worth watching season to season. Missteps and stumbles happen but its how Stargirl recovers and pushes forward this season that make it something worth watching.