This week brings us to the end of the Black Lightning saga. We have the series finale for that show, and... well, it's about what you would have expected from that show. If you've been reading along with my reviews for the last few weeks that should not give you any confidence in how this episode played out. 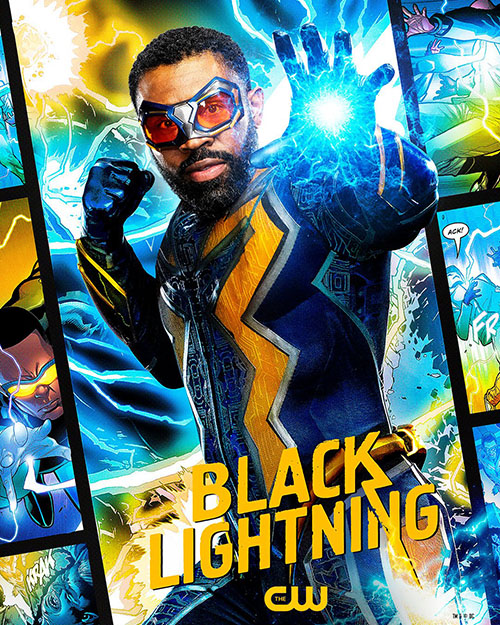 Along with Black Lightning we also look at The Flash, which came to the end of one of its big storytelling arcs and... well, didn't do a much better job with it. It's a week of disappointing finales here in the ArrowverseWhen it was announced that the CW was creating a show based on the Green Arrow, people laughed. The CW? Really? Was it going to be teen-oriented like everything else on the network and be called "Arrow High"? And yet that one show, Arrow has spawned three spin-offs, various related shows and given DC a successful shared universe, the Arrowverse on TV and streaming.:

What has Black Lightning been about? I really wanted to know that answer as I watched the finale for the series. If it was a show about a Black superhero and the struggles he felt during his career, this episode (and, really, this whole season) failed to address any of that. If it was a show just about a superhero and his family, it failed there too as this is a pretty awful episode for any superhero saga. If it was supposed to be the culmination of his battle with Tobias Whale, well, it failed again as even the climax of that fight was awful. In all respects, this episode dropped the ball and I have to wonder what happened to lead to this.

Ratings wise, Black Lightning was on life support for years. There were rumors of the show getting canceled as early as second season, after the highs of the first season quickly tanked out. The fact that it got two extra seasons should be seen as something of a gift, but that also means that the creators of the show -- series head Salim Akil and super-producer Greg Berlanti -- should have known the end was in sight and could have planned for it accordingly. Thus is makes no sense why this episode should be a rushed, overstuffed mess that barely addresses any of its storylines as it speeds to its ending. The team should have been able to pace out this last season's 13 episodes, set up each issue and knock them down, and then get out with an episode that satisfyingly tied up the series. Instead it ended up as just one more shitty episode of an increasingly shitty show.

So let's address what the show did: One, it had the battle between Tobias and Jefferson, which mostly amounted to Tobias burying Jeff underground (so he could have visions of his dad, a character we've barely seen at all except for, I think, two flashbacks) so the hero could "rise from the dead" (thankfully without the requisite "Jesus Pose"). Then Jeff goes to Tobias apartment, they have the most lackluster fight I've seen yet in an Arrowverse show (seriously, the choreography is awful in this fight), and then Tobias stumbles out a window, get impaled, and then... just stays there for the rest of the show. There's no character dynamics here, no great speechifying, not learning-and-sharing; it's just a bit of fisticuffs and then the villain accidentally dies. Considering he was the big bad for four full seasons, this is a disappointing way to end Tobias's arc.

Beyond that, though, everything Tobias was working on is either resolved half-heartedly -- "we used an algorithm off screen to find Tobias's device that's draining our powers, so let's blow it up!" -- or isn't addressed at all -- the show shadow cabal that's even teased in the "previously on" in this episode is never mentioned here or tied up in any way. So what was the point of all of his machinations again? It came to absolutely nothing in this episode, that's for sure. 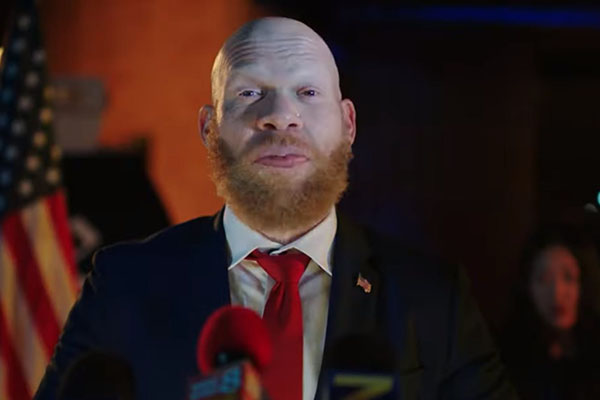 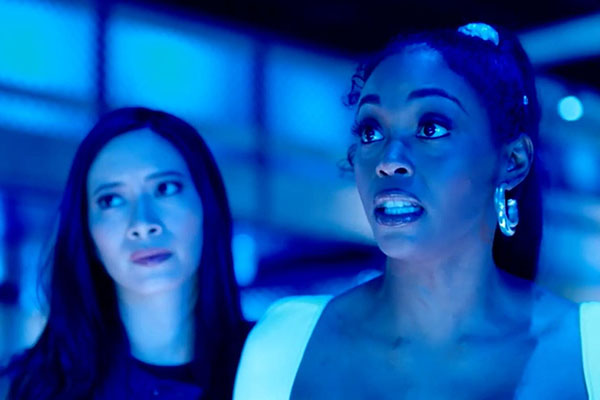 Meanwhile, there's the story of J.J. and Jennifer. A few weeks back Jenn flew up to the ionosphere and blew apart into particles. When the team gathered her and put her back together, she was played by a different actress (Laura Kariuki, because China Anne McClain). The show then spent the next few weeks selling us on this new actress as the same character -- "it's me! I have all my memories! Accept me!" -- only to then bring the original Jenn back and reveal that the new "J.J." was an alien who stole her identity and... well, fuck it. Does it matter? It's such a stupid story and I have to wonder why they even bothered. It seems like it would have been easier to leave Jenn in the ionosphere for a few weeks then have her triumphantly return and save the day. Twisting themselves into knots this way makes absolutely no sense.

Really, nothing works here. There are so many moments that are either tossed off just because the show has to tie up every loose end -- Painkiller has all memory of the Pierce family wiped from his brain; the Chief of Police goes on a weak meta-rampage and is immediately put down; Lala wakes up in his concrete prison and... well, just comments on a dead Tobias hanging out his window at the end of the episode -- and other things that never come up that should have -- Gambi and his suddenly missing girlfriend, for one, as well as the aforementioned shadow cabal. The show just keeps rushing and rushing and tossing things off but none of it is satisfying.

I guess it would have been too much to expect this show to be able to figure out its crap in time for the finale. This series has struggled, practically since the first season, to tell a cohesive story, but as the episodes have worn on that struggle has only gotten worse and worse. This is a show that, honestly, should have been sent out to pasture two years ago but it just kept hanging on. The finale perfectly encapsulates all the failings of the show: rushed storylines, things left forgotten that are never mentioned again, sudden leaps of logic for nonsensical reason, and bad acting from even the leads. This show is awful, and this finale is exactly what you'd expect. In short, I'm glad this show is gone, I just wish it had happened two seasons earlier. It's been torture getting through these four seasons but now, thankfully it's over.

Oh, right: it really is well and truly over as Painkiller was dropped by the CW. We won't be getting that series, and I would assume, at this point, all mention of Black Lightning and his crew will be dropped from the Arrowverse altogether. It's a little late in my books but, hey, better late than never. Maybe now we can get a lead black character in a series that doesn't suck (Naomi, maybe). 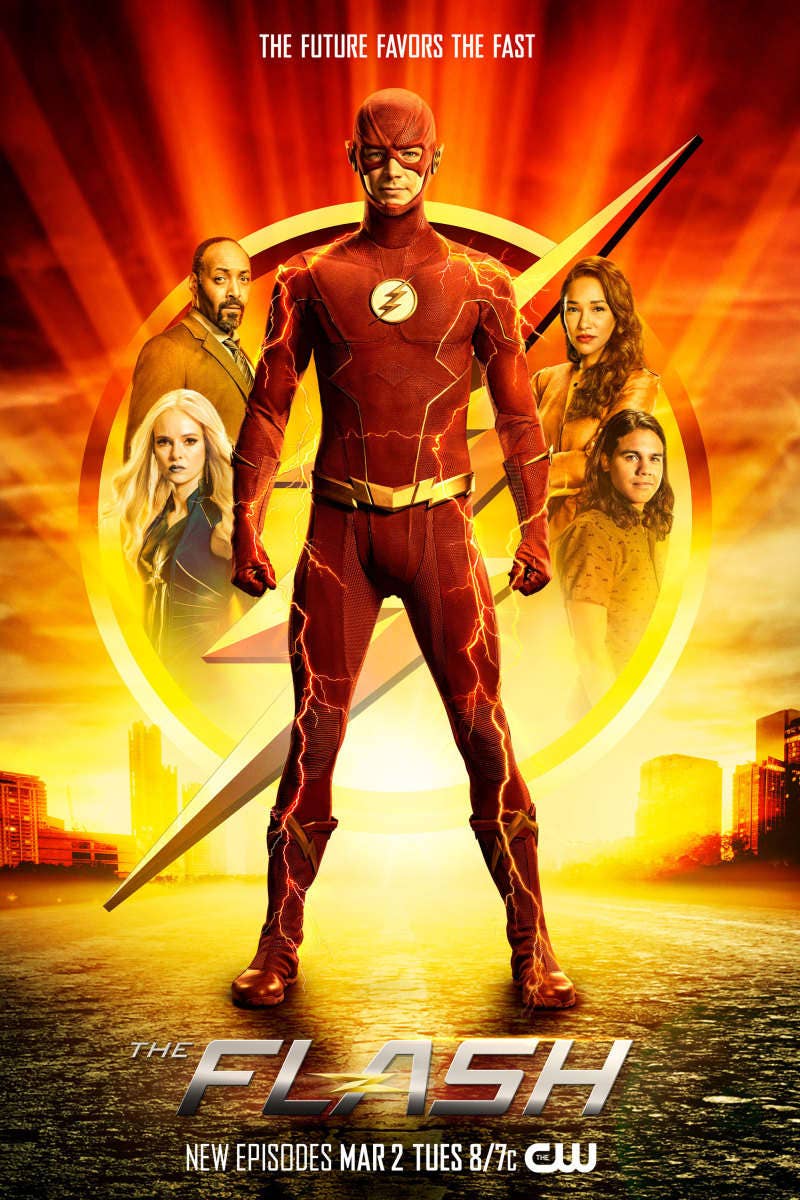 Speaking of disappointing finales: The Flash gives us the end of its third "graphic novel", the naming convention being given to these half-seasons of the show. This first half of the season (after wrapping up last season's Mirror Mistress arc) has been all about the fall out of a restarted Speed Force and the creation of Force Gods but, frankly, this has been just another awful arc for the series. While all the usual hallmarks of latter-day Flash storytelling are here -- Barry being an idiot, characters suddenly making decisions out of nowhere, sudden technobabble to explain everything away -- the big issue with this arc has been the lack of a cohesive villain to hate.

Think back on the arc: Nora, the goddess of Speed, is reborn and she tries to bond with Barry after she's attacked and nearly killed by Fuerza, the goddess of Strength. We also meet Psych, the Sage god, and Deon Owens (no special name), the god of Stillness. Fuerza, Psych, and Deon are all made out to be villains... 8until they suddenly turn good. Then Nora turns bad. But then, in this episode, a lightning storm tries to destroy Central City and it's revealed that the other three gods are doing it and Nora is the good guy? Maybe? The show even says something to that order, "so she's the good guy now?" which only shows how stupid this has all gotten.

Part of the issue is that we really don't understand the other gods -- Still, Sage, or Strength -- not like we do the Nora and the Speed Force. We've spent six seasons with Barry and his powers so we at least have some understanding of the Speed Force and how it works. But these new gods are just dropped on us and, what, our knowledge of the Speed Force is supposed to transfer even though their powers work differently and they're very different people? Are they powered like Barry, able to tap into a force, or are they like Nora and effectively immortal gods now (even though they were mortals up until a month prior)? The show doesn't address this, or anything else about this weird situation.

Making matters worse, they all suddenly start treating each other like family members. They call Barry and Iris "dad and mom", they refer to each other as siblings, and they talk about "family squabbles". But there's never been any development of any of this. If the show had put in some long-term time on these characters so we could know them well and understand the "familial" bond they've forged, that would be something. But we've spent eight episodes total on them, from setup to resolution, and it all feels utterly rushed and half-baked. 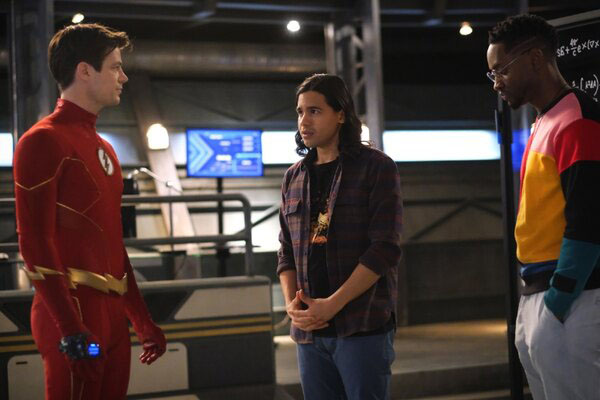 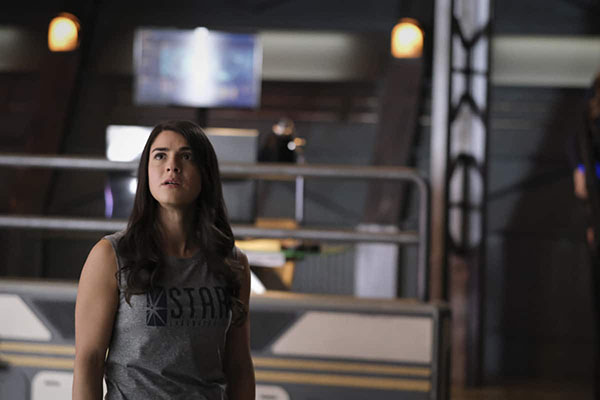 I think the "Gods of Forces" storyline could have worked if we'd spent enough time with them, like a full season instead of just eight episodes. If, for example, we'd been introduced to Psych for half a season, while a hero of strength appeared and started defending Central City, and a hero of Time tries to travel around (maybe with the Legends) to solve time crimes, all to then (in the next half-season) have villainous versions show up, kill them off, and then take over their roles and dominate their force gods, that might have worked. We needed time with these powers, and characters associated with them, to understand them.

We also needed stakes and, I'm sorry, a CGI lightning storm that could destroy generic portions of Central City is not "stakes". We needed to slowly understand these characters so that, whatever they had planned, we could actually understand it in relation to a larger threat, something we could actually care about. Instead, things just happen, then everyone has a "caring and sharing" moment, and the storyline is over. Uh... okay then, I guess?

For years now this show has been struggling, pretty much since the Thinker arc. But it all got really bad during "Crisis". Ever since then, when the threat of the universe being wiped away was taken off the table, Flash has just (for sake of the pun) been running in circles, direction less and just going through the motions. The show needs to figure its shit out, find a direction, and get moving again. Preferably towards an end of the series because, really, there's no saving this show at this point. Like Black Lightning, The Flash is a zombie shambling through a season that just plain sucks (and has sucked even before this season). It's time to send this show off to pasture so other, better shows (like Superman & Lois) can pick up the banner and run with it.