No Future for You

The Failure of Green Arrow and the Canaries

It has been a crazy year (and, as we just saw with the protest-turned-insurrection at the Capitol this last week, it continues to be crazy even as we move into 2021). The Coronavirus, running unchecked for the better part of nine months, threw a lot of things up in the air and that includes much of the television schedule. As we noted in our regular coverage of the ArrowverseWhen it was announced that the CW was creating a show based on the Green Arrow, people laughed. The CW? Really? Was it going to be teen-oriented like everything else on the network and be called "Arrow High"? And yet that one show, Arrow has spawned three spin-offs, various related shows and given DC a successful shared universe, the Arrowverse on TV and streaming. last season, most of those shows were forced off the air before they were able to properly finish their season arcs, and the current season was delayed (and still has yet to return, although that should change soon). We're in this weird place where normally we'd already be halfway through the season, just getting back from Winter Break, but instead we're still waiting for any crumbs of the Arrowverse to come our way. 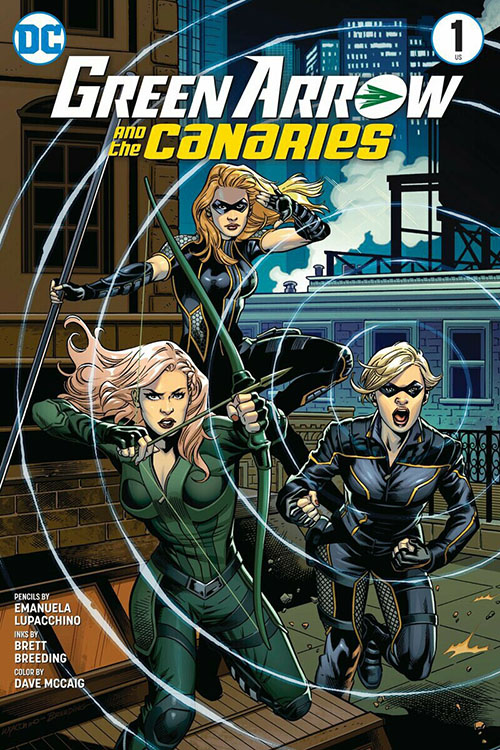 One little nugget has been dropped, though, but for hardcore fans of the universe it'll likely be taken as bad news: the Arrow spin-off, Green Arrow and the Canaries, has been canceled before it could even produce a single official episode. For anyone that liked the concept of that potential story, with it's future-set characters and sort-of new setting, this probably comes as a blow. Personally, I'm not to shocked over it, nor do I think this was a bad idea from the perspective of the CW.

For those that somehow aren't aware: Green Arrow and the Canaries was introduced as a back-door pilot in the eighth and last season of parent show Arrow. While hero Oliver Queen was in the present, fighting for the fate of the universe and trying, desperately, to prevent the end of everything during "Crisis on Infinite Earths", the show took a one-episode diversion to the future to show us a new fate for his daughter, Mia Smoak (Katherine McNamara). This character was introduced a season earlier in a "dark future" where she didn't know her father at all and grew up in the shadow of some shady shit, training to be a fighter so she could take down the blah blah blah from the inside. Honestly, that whole plot line was stupid and didn't go anywhere specifically because, by the next season, it was all wiped away.

Instead, Mia grows up as, well, and entitled socialite, really. She's inherited her family fortune, living in Queen manor, going to college but not really having much of a plan for her life. But then in steps Black Canary, Laurel Lance (Katie Cassidy), with a mission for the girl. This version of Mia, though, hasn't even trained to be a warrior so, using some tech mumbo-jumbo, Laurel restores Mia's memories of the old timeline (which, somehow, grants her the skill and training as well), and then, with the help of Black Canary II, Dinah Drake (Juliana Harkavy), the three team up to fight new wrongs in the future just like they all did before.

As should be evidenced from that description, that's a lot of back-story to dump on a new show. Viewers coming in not only have to understand the setup of this show, they have to remember that there was a entire other timeline that is going to influence this show, and all of that plays in on top of a time jump for the show, past events from other shows, and whatever other crap the multiverse would have dumped on the show over the course of its season. The buy-in, basically, was really high for a new series. 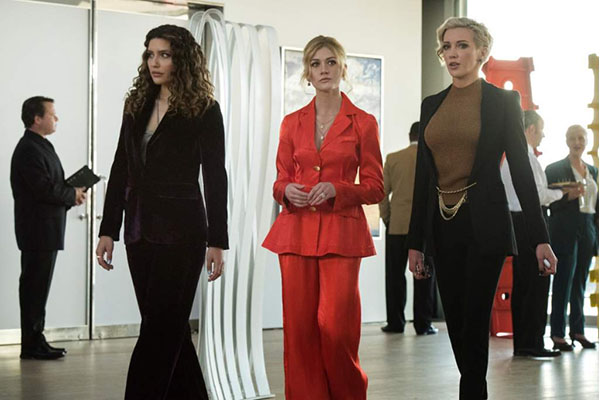 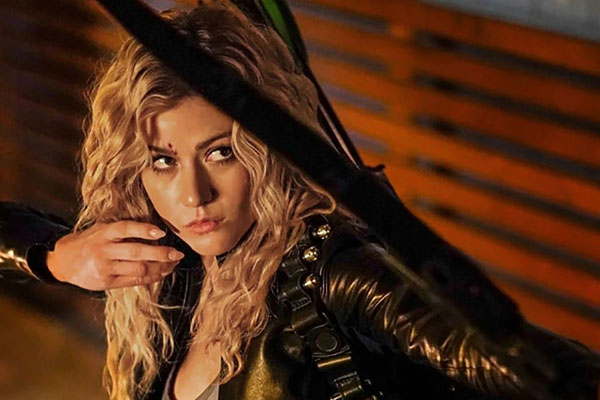 That has to be taken into account on top of the fact that the show was, in essence, Arrow: Season 9. Whatever the producers might have said about it being a new show and not beholden to the original Arrow, it starred characters introduced in the parent show, carried over plot lines from that series, and sold itself as the future of that series. Plus, of course, it was introduced in a back-door pilot of Arrow in that show's last season. The ratings for Arrow had been steadily dropping off and I'm sure the execs at the CW were thinking to themselves, "do we really need a ninth season of this show?" The answer was "no".

When you factor all that on top of the fact that the Coronavirus has delayed everything, and buzz about the show has cooled pretty quickly, it probably seemed like there was no need to move ahead with the spin-off. Plus, there's one other factor to take into account: original series lead Stephen Amell has mentioned that if, for whatever reason, his current project, Heels, fails, he'd be interested in reprising his role as Oliver Queen, maybe even in a ninth season of the show. At that point, why even bother with Green Arrow and the Canaries? In short, the deck was stacked against this show. A convoluted story, a lack of buy-in from audiences, and a potential to start up the original show again at some point. The spin-off was doomed.

There is, of course, the possibility that the 'verse could explore the concept of Green Arrow and the Canaries at some later date. The Flash could end up traveling to the future, being forced to help Mia and Co. with their own adventures, either in a single episode or multi-part arc. Or some other show could come along that is set in the future and could tie up some of the plot threads left dangling here. There is a whole corner of the Arrowverse that has been raised and is now left unfulfilled, so it wouldn't surprise me if the producers try to find a way to tie this up in the future.

That said, setting up a distant future and then wiping it away is totally something DC ComicsOne of the two biggest comic publishing companies in the world (and, depending on what big events are going on, the number one company), DC Comics is the home of Superman, Batman, Wonder Woman, and just about every big superhero introduced in the 1930s and 1940s. has done regularly. "This is the future of the DC Universe!" they'll say, selling a bunch of comics for a month or two, and then when that tapers off, DC will ignore it for a few years before launching some new initiative that pitches itself as "the true future of the DC Universe". Hell, they're doing it right now with "Future State", and I give it three years before it's wiped away again. So I simply won't be surprised it, two or three seasons from now, this future setup from Green Arrow and the Canaries is wiped clean, ignored after some other multiverse "Crisis" comes along and reboots the status quo. 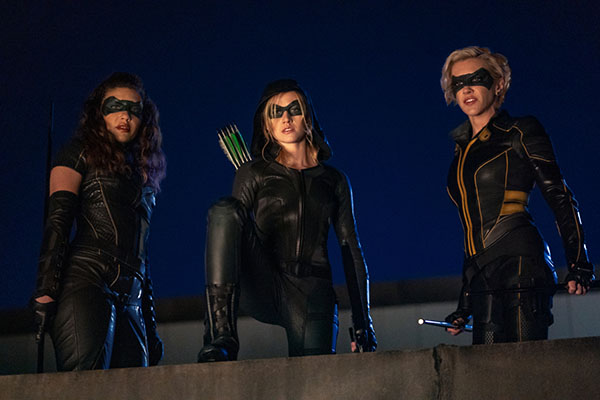 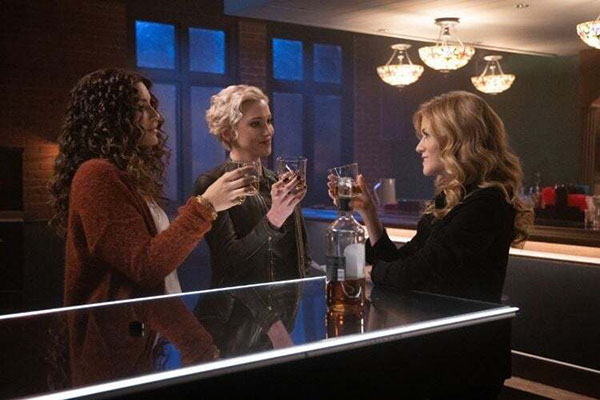 Honestly, the whole concept of a future-set series in the Arrowverse seemed shaky to me. Either it's truly "the" future and then we have a set point in time so we already know all the fates for all the "past" heroes (who would still be operating on TV), nullifying the fears of any Earth-ending event, or the show would be constantly struggling to explain every "past" Crisis that comes up in the main universe. Working around these issues, frankly, is a task too big for the CW and its collection of shows. It's probably better, long term, that this show was killed before it stumbled over it's own big concept.

Still, fans of the 'verse don't really have to worry as the multiverse itself is still going strong. Sure, a couple of shows are going to be ending this year -- Supergirl and the phenomenal Legends of Tomorrow, along with the "should have died years ago" Black Lightning -- but we'll still have The Flash anchoring the 'verse along with Batwoman and new show Superman and Lois, plus semi-related Stargirl. And there are already proposed shows in place for a new Wonder Woman (based on the "Future State" version of the character) and Painkiller (spinning off of Black Lightning). In short, the Arrowverse likely has at least another couple of seasons in it, if not more.

And then, who knows? Maybe one day Mia and her friends will return. I think Green Arrow and the Canaries was an ill-conceived idea, really, but I don't hate the idea of seeing these characters once or twice more before this whole multiverse eventually ends. All series eventually die off and I don't think the CW can keep this going forever. For now, though, there's still plenty left to watch as the Arrowverse just keeps spinning.