The Injustice of Justice

At this point it's hard to say if having Executive Producer Greg Berlanti attached to a project is a good thing or a bad thing. While taking into account the limitations of televisions budget as well as the complexities of the format, it feels like as many of his projects end up good as they do absolutely terrible. For every Legends of Tomorrow you have a late-era The Flash. Shows that start well, like The Flash or Riverdale or Chilling Adventures of Sabrina, often decline quickly in quality, sometimes within the span of a season. And some shows, like Titans never manage to find their footing, creating a kind of roller coaster of pain and pleasure as you crest from awesome highs to awful lows. 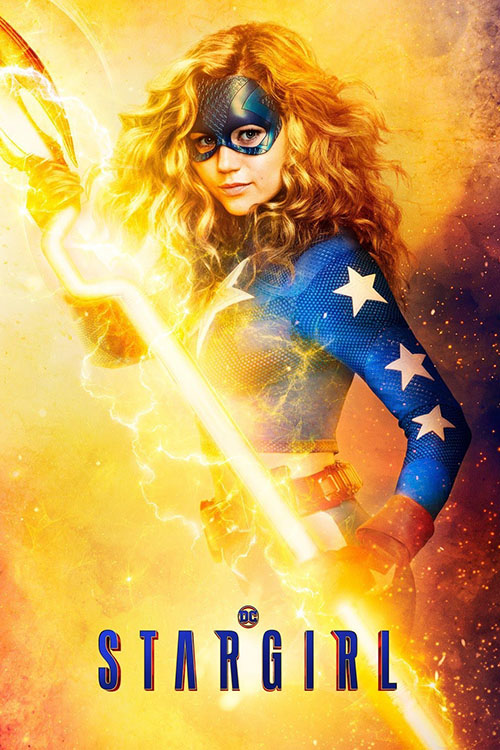 Don't get me wrong, sometimes Berlanti can hit on a gem. Given the right material and a sense of freedom, he can craft solid shows like Legends of Tomorrow. And the producer deserves credit for being able to take the world of comics and actually translate them to television in a way that tries to treat them fairly and realistically, without necessarily becoming absolutely cheese fests (unlike, say, the 1990s The Flash or Lois and Clark). That's no mean feat, and the producer deserves kudos for that, certainly. However, long term, most of his projects eventually devolve into mediocrity. Having him as the producer on a new show fills me with a bit of dread.

That, of course, leads us to the next Berlanti project, Stargirl, which finished up it's first season run on DC Universe last week. Although it came out on that streaming service, it feels much more like a CW production than a larger budget, DC Universe show, which makes sense since this show is co-produced (and co-aired) by the CW. And, hell, that network is taking this show for its second season forward, now that DC Universe is, sadly, on its last legs. If you're watched any of the CW ArrowverseWhen it was announced that the CW was creating a show based on the Green Arrow, people laughed. The CW? Really? Was it going to be teen-oriented like everything else on the network and be called "Arrow High"? And yet that one show, Arrow has spawned three spin-offs, various related shows and given DC a successful shared universe, the Arrowverse on TV and streaming. shows then you understand the level of production quality and the style of storytelling we're getting here. If that doesn't give you pause, the first episode of the show certainly will.

In the series we're introduced to Courtney Whitmore (Brec Bassinger), a teenager who has been forced to move to Blue Valley Nebraska with her family when her mother, Barbara Whitmore (Amy Smart) gets a new job in town. Along with step-father Pat Dugan (Luke Wilson) and step-brother Mike (Trae Romano), Courtney has to find a new life out in Nebraska, away from the life she's previous built. This means going to Blue Valley High, trying to fit in, and hoping she can find some way to make the next couple of years of her life bearable.

While exploring the basement of her new house, though, Court makes a surprising discovery, the Cosmic Staff, a powerful wand that once belonged to Starman (Joel McHale). This staff has been in the care of Pat for years, Pat having served previously as Starman's sidekick Stripsey right up until the original Justice League of America was defeated, and killed, by the Injustice Society. The staff has never worked for Pat, so he assumed it was tied specifically to Starman. But when Court discovers it, the Cosmic Staff lights up and starts working again, just for her. Soon she's adventuring around, realizing there are very real dangers in Blue Valley (specifically from a resurrected Injustice Society) and that the only way to fight them will be to find new people to take up the mantle of the Justice Society and stand beside her as the new Stargirl. 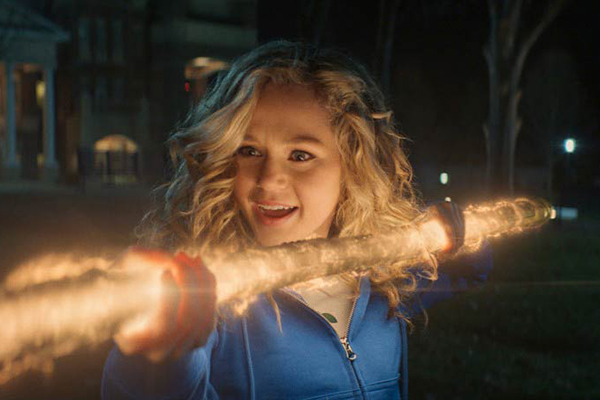 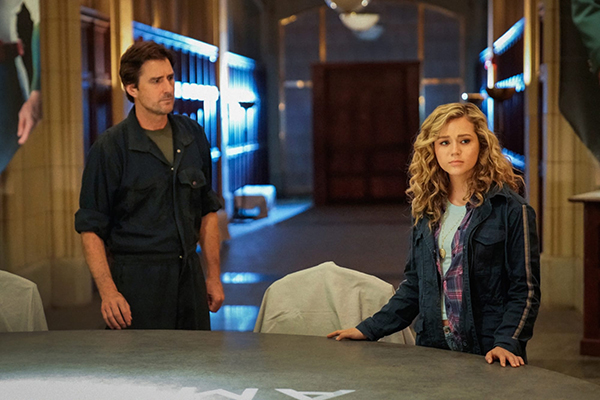 As I noted in my Arrowverse reviews the week Stargirl started up, the first episode of this show was pretty rough. Going through all the basic motions of a teenage origin story, this first tale really didn't add anything new to the ideas of superheroes, nothing we hadn't seen in plenty of Arrowverse shows. That coupled with lead actress Bassinger still getting a feel for her character, coming across as a very Disney Channel-esque performer, left the episode feeling like a C-grade Arrowverse-style show at best.

That first impression certainly hurt the show, but it did eventually recover, finding its feet by the middle of the season and picking up energy, and a sense of fun, as the show went on. The tone, really was a blend of 1950s whiz-bang story with a bit of teen drama fun, or like The Rocketeer meets Sabrina the Teenage Witch (the old 1990s show, not the NetflixOriginally started as a disc-by-mail service, Netflix has grown to be one of the largest media companies in the world (and one of the most valued internet companies as well). With a constant slate of new internet streaming-based programming that updates all the time, Netflix has redefined what it means to watch TV and films (as well as how to do it). production). It manages to straddle the fine line between Superhero action and drama with a youthful joie de vivre.

The cast they find to populate the other roles in the JSA help with this tone. Yvette Monreal stars as Yolanda Montez / Wildcat II, a girl who is screwed over by her boyfriend, Henry King Jr. (Jake Austin Walker) when he shares a nude photo she gave him. This gets her in trouble at home, and at school, and effectively ruins her life until Courtney comes along and gives her the Wildcat identity. The show treats her whole storyline with the right level of drama and pathos, which then helps her eventual evolution into Wildcat feel like an earned identity, something she went through to become tougher and stronger on the other side. Her darkness is countered by Anjelika Washington's Beth Chapel / Doctor Mid-Nite II, a bright and happy girl he falls into being the second Doc Mid-Nite and treats the whole thing and grand adventure. These two work well together and help to make the show an absolute delight.

Then there's Bassinger, who I initially hated. While I still think she's a tad rough around the edges, with a little too much flatness to her performance, trouble selling the sadder moments required for the role, she certainly grows over the course of the season. By the end of it she does nail many of the beats of Courtney's character, and if she's never perfect she is well balanced by the other two girls on the team as well as by Wilson's Dugan. Wilson, a strong actor who is probably better than this show deserves, solidifies the family dynamics of the show and really grounds Courtney, selling her character as much as Bassinger can. 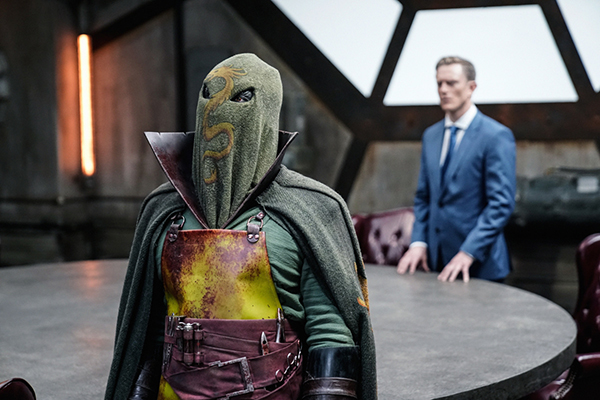 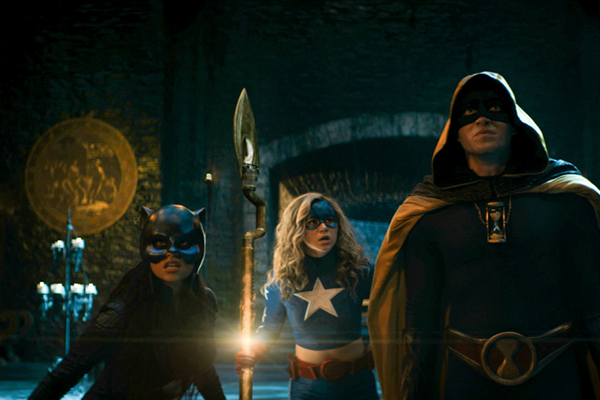 That said, the show doesn't always nail its big moments, especially in the climactic final episodes. The big villains for the season (and presumably, in some capacity, next season too) are the Injustice Society, as led by Jordan Mahkent / Icicle (Neil Jackson). This plot, as we slowly discover over the course of the season, is to take over a large portion of the plains states and secede from the good old U.S. of A. To do this they use the mind control powers of ISA member Henry King Sr. / Brainwave (Christopher James Baker) to reprogram the population of the plains so they'll be more amenable to ISA rule. Sounds evil, right?

Well, there are some wrinkles. For starters, the manifesto the ISA publishes declares that they're doing all this so that they can push through their agenda. Their important points: environmental concern, equal pay, racial equality, universal health care, and every other progressive agenda point Democrats could dream of. As the characters on the show remark, is this actually a bad thing? Shouldn't this be what the heroes are fighting for. Having the villains push this could add a bit of dramatic tension for the heroes, but at the same time it adds unnecessary political complications. Are the villains in favor of this because it's "socialism", and is the show trying to send a message that the lefties are somehow bad guys, or that the villains are into it because its lefty? The show doesn't spend enough time on this idea to really flesh it out.

Hell, for all the build up of the master plan, the show spends so little time on the actual plot that we never really get to consider it. Every villain is the hero of their own story, and this progressive agenda is an interesting twist. But to get the heroes on board with ruining the ISA's plans it's mentioned that the mental reprogramming will kill 25% of the population it affects. Obviously the JSA can't let millions of people die, so they have to fight it. This easily brushes away all the complexity the plot line raises and allows the show to take an easy out instead, which is a betrayal of the idea and undercuts any useful ideas the show could have raised about the villains pushing this progressive agenda.

Additionally, the show hand-waves away all kinds of consequences. When the heroes discover the plan they realize they only have 30 minutes to stop it, not because there are 30 minutes until the mental reprogramming starts but because it's already started and they have 30 minutes to stop it, which, of course, they do with a few seconds to spare. Because the show doesn't really address how this works, we're left to believe that if the mental reprogramming is stopped, everyone just goes back to the way they were... except, we do see a couple of people die from it in the process. So did it work, or not? The show never says, instead jumping ahead a few months to a "everything is fine" holiday sequence to show everyone on the JSA hanging out together like the world is hunky-dory once more. It just doesn't work. 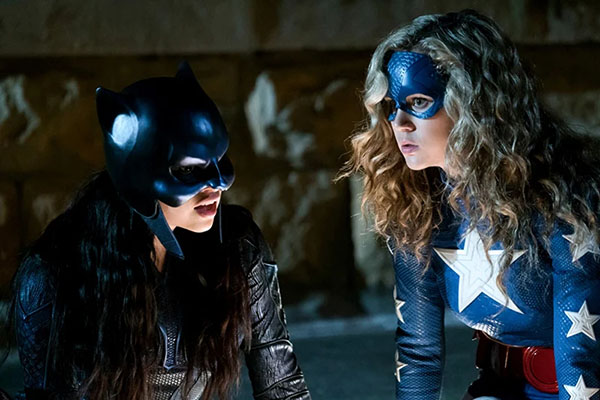 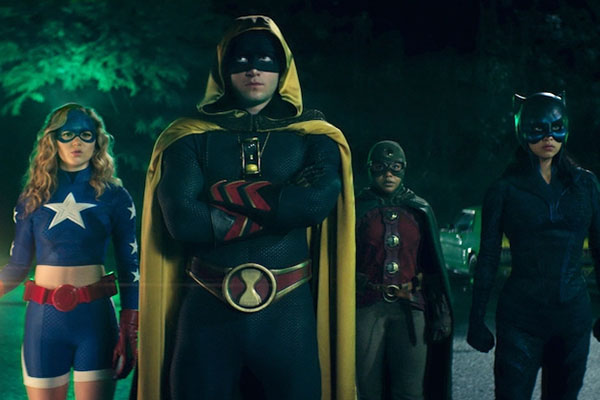 It sucks, honestly, because there's a good span of six or so episodes that really makes you think Stargirl is getting its shit together. Maybe it isn't perfect, admittedly so, but it has heart and it tries and, in comparison to the wildly erratic seasons of Titans and Swamp Thing DC Universe produced, this show actually managed to be consistently decent. Maybe not great, but good. But then that last couple of episodes ruins it all.

I doubt Stargirl is ever going to be the most exception superhero show, especially now that it's moving to the CW exclusively, but it could be decent. Hopefully with its new home it also manages to get a better hold of its storytelling and can find a way to make villains that have complex stories that don't undercut themselves in the last few moments. There's a decent show here, we just have to avoid the Berlanti curse of taking a good idea and eventually running it into the ground. The meat of the show shows what it could be, the finale shows how bad Berlanti comic book shows can get.