This week actually feels like a bit of an ending for some of our shows. Batwoman reaches the culmination of a number of its storylines, setting up a new direction for the back half of the season, while Superman & Lois is forced to go on a hiatus for a while (COVID-related reasons), so this is kind of a "mid-season finale" week for some shows. 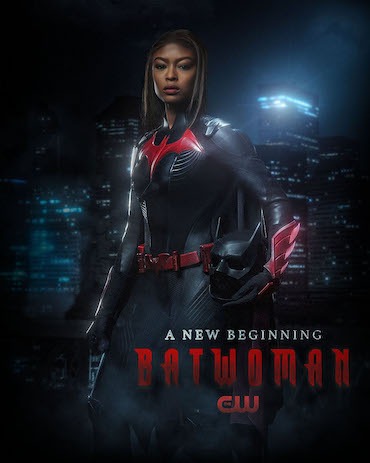 We're going to give these two episodes their due while we look ahead to a pretty different ArrowverseWhen it was announced that the CW was creating a show based on the Green Arrow, people laughed. The CW? Really? Was it going to be teen-oriented like everything else on the network and be called "Arrow High"? And yet that one show, Arrow has spawned three spin-offs, various related shows and given DC a successful shared universe, the Arrowverse on TV and streaming. schedule for the next few weeks. So let's get to it:

We've had a few different things going on the show up until now. For starters, the season opened with the mystery of "Whatever Happened to Kate Kane?" as our first season hero disappeared suddenly when her plane exploded. The various characters -- Team Batwoman, Alice, the Crows -- have all been searching far and wide trying to find Kate. This week we get an answer to what happened to her: she died... expect not really. Everyone is led to believe that she died, as that's what all the evidence points to (including body parts found washed up from the crash site). Except the end sequence of the show shows a (very bandaged) Kate in the sewers of Gotham. Hmmm...

Meanwhile, since the first episode, new Batwoman Ryan Wilder has been nursing a wound in her shoulder from a kryptonite bullet. Apparently, when you get injured by kryptonite it causes a radioactive wound that will kill whoever it touched (almost as if kryptonite is everyone's kryptonite). What Ryan needed was the Desert Rose, the magical flower stored on Safiyah's island getaway (in her "it's totally not the League of Assassins up in here, I swear" paradise) so, thankfully, that island is the focal point of so much of this season (supposedly Safiyah had Kate until it was revealed that she lied and was just using everyone).

And then there's Alice who, since last season, has been nursing a grudge against her sister, Kate, and wants to kill her sibling. She was sent on a mission to kill a man she supposedly once loved (even though she had no memory of it due to Safiyah's machinations) all so she could get Kate back (so she could kill Kate), but as the episode reveals, Alice, deep down, doesn't want to kill Kate she just wants her sister back. This is a big revelation, which makes the fact that Kate isn't on the island after all just another knife in the gut for Alice.

So what does it all mean? Well, the episode does resolve a few things. We now know that Kate is in fact alive (even if no one else knows it) and, as the rumor mill has been churning about it, she will be played by new actress Wallis Day. This will all get explained eventually, of course, but what we do know is that Ryan will remain Batwoman for the rest of this shows run (which could just be this season or next, or could end up going longer depending on the mercurial ways of the CW). Kate, meanwhile, will do... something. That part isn't clear yet. 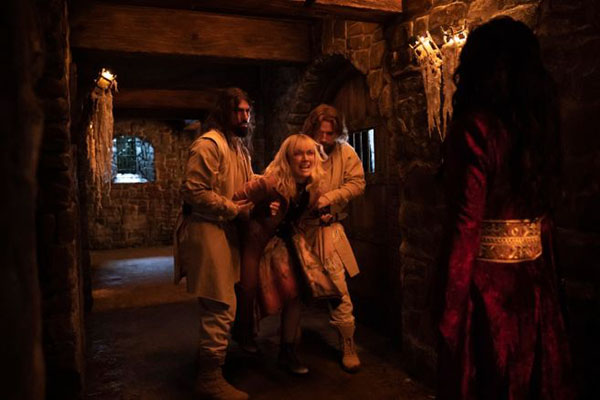 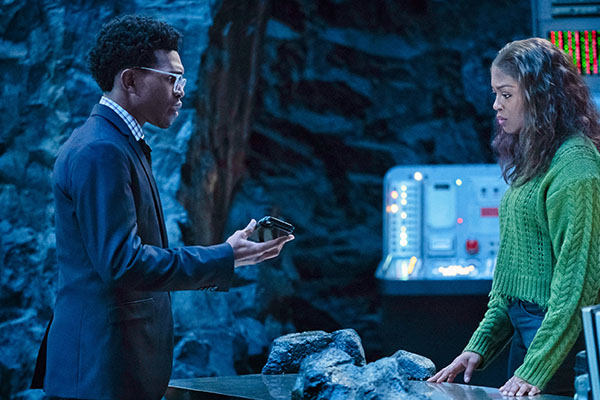 Meanwhile, Ryan is going to be fine. They managed to (through a twist of fate) get a Desert Rose and she'll be cured likely by the end of next episode, so hurray for her. The character is great, and the show has been doing good work with her. Frankly, I think the show is better with Ryan in the lead than it ever was with Ruby Rose's Kate Kane, so, long run, the CW was right to handle the characters in this way, weird as that is to say.

That said, there's still one heavy elephant in the room Safiyah. The episode ends with Alice burning down the whole field of Desert Roses (with some really terrible CGI), and this will put a massive crimp in Safiyah's power base. Surely the villain will be back for revenge against, well, everyone over the rest of this season. Issue is she's just not that interesting. I'm not kidding when I say that her whole shtick feels like "The League of Assassins" but lower rent. I guess because they'd already used that organization up on Arrow they needed someone else to fill the void. This whole villain angle, though, doesn't hold a candle to Alice and her story. The show really seems to want to redeem Alice, likely so it can keep her around for the rest of the run, but if they're going to have to do better than Safiyah, that's for sure.

So it's a bit of a mixed bag this week. The show had solid energy and it tied up a lot of loose ends (while pointing the way forward for the rest of the season). I just have to hope things get better for the villain because Safiyah is the weak link here keeping the show from greatness. 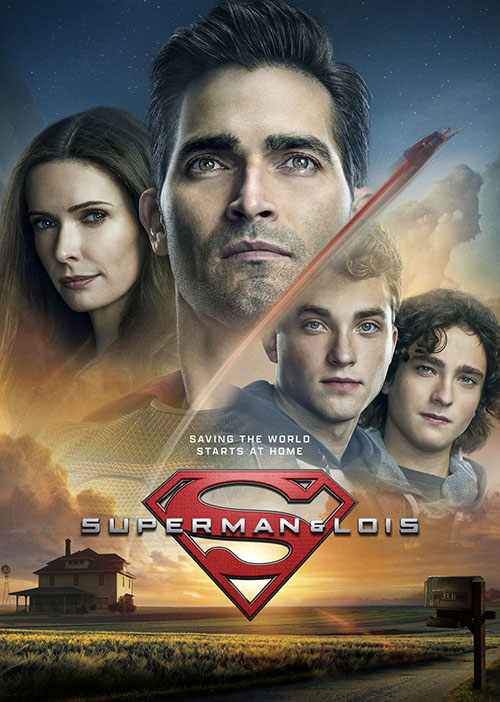 And now on to the best show on the CW right now which, sadly, is going to be on hiatus for a while (everyone is calling this a "mid-season finale" so who knows just how long this production break is going to be). Unlike with Batwoman where we've already had enough episodes to build to a mid-season climax, Superman & Lois has only had five episodes of its first season so far and it hasn't yet really built to a point where we know exactly where the show is going. It has a lot of irons in the fire, mind you, but as yet hasn't quite taken shape so we can see the exact direction forward.

That said, there were a few big reveals this week that could build to some interesting next steps for the season (when it's finally back). For starters, we're starting to see what Morgan Edge is up to (even though that business man doesn't actually show up this episode). It was revealed that he'd found some kind of kryptonite in the Smallville mine (which is why he wanted to be at this small town), and now we fully understand what he plans to do with it: manufacture his own Kryptonians. There's some process where the power of Amber Kryptonite (which can give people the powers of Superman) can be funneled into willing (or unwilling) hosts. We've already seen one of these powered folk, Leslie Larr, Morgan Edge's personal assistant, and this episode gives us another, although his powering process was unstable and, but episode's end, he'd exploded all on his own. SO now we know this process doesn't always work out well for the hosts.

Meanwhile the alternate universe Lex Luthor is back. He's apparently been living in a mobile home, trying to figure out where Lois Lane went. He tracks her to Smallville, makes her acquaintance (telling her he's a reporter for Reuters under an assumed name) and then watches her. We learn, by episode's end, that on his world he was married to Lois, and now he has it out for Clark Kent because he's taken Luthor's woman. This Luthor, though, doesn't seem as smart as our Luthor because he has yet to figure out that Clark is Superman... at least, we think. 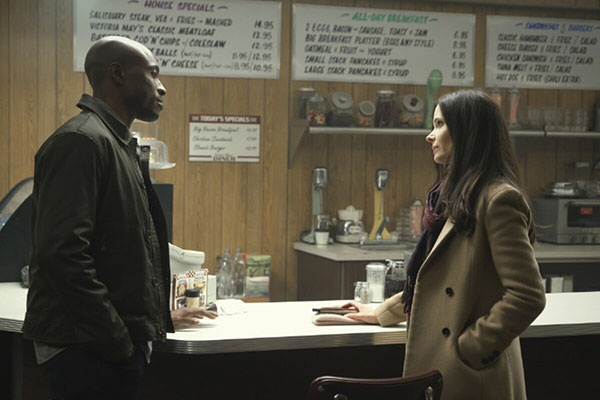 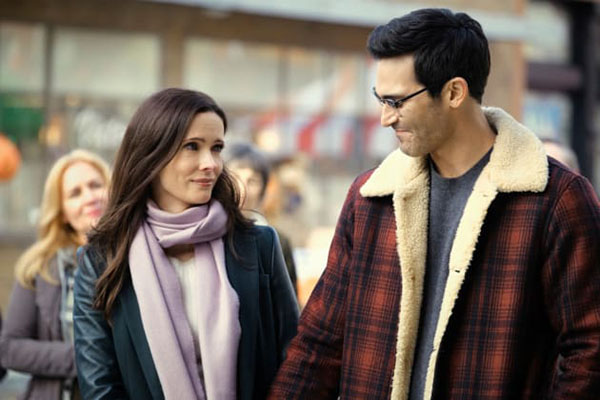 Luthor is an interesting character since he's not the out-and-out evil guy our Luthor is (over on Supergirl). His motives are more pure and the whole reason he's fighting Superman is because he's seen a version of Supes, on his world, kill everyone and everything. He wants to stop that from happening here, which is noble. I have a feeling, though, once he realizes there are fake kryptonians running around, and the Clark really isn't a bad guy, they'll eventually join forces to fight Edge. I figure we can be in for that sometime around episode 19, and they won't manage to have a proper conversation about it before then. That's just based on the normal pacing of CW shows, but it feels right.

As I said, we really don't have a clear picture of where all this is going, and that's because we're getting a mid-season finale before there was supposed to be one. Still, I liked a lot of what this episode did, mind you. Once again the family portion of the show, with Clark, Lois, and their sons, was great, and this show is doing good work to make the family drama work alongside Clark's properly sunny disposition. So once this show comes back I really hope we can start getting answers an build up to a real mid-season point. This show is great and I want to see it succeed.

But hey, until Superman & Lois returns, we'll have Supergirl to tide us over...