The (Relative) Failure of The Suicide Squad at the Box Office

So it's been one weekend since the new reboot/sequel The Suicide Squad came out and already the sharks are circling. It's being called a financial failure because it only pulled in about $27 Mil at the Box Office despite estimates that it would pull in much closer to $40 Mil. Bear in mind, of course, that those numbers are still low in comparison to how blockbusters would have performed two years ago (before COVID times), but it still does beg the question: is this movie somehow a failure? 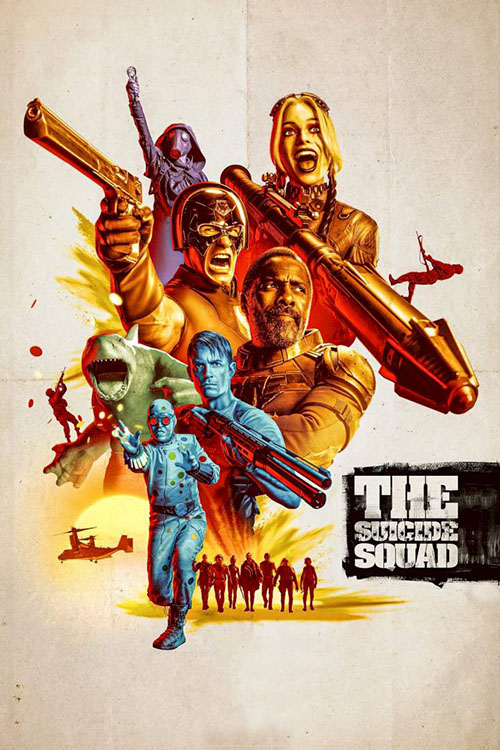 Setting aside my own opinion of the movie (which you could read in the review I linked above), it does seem like most audiences and critics rather enjoy the film. It has a 96% "Fresh" rating on Rotten Tomatoes (if you follow that kind of thing) and it's being praised by both critics and audiences alike. Even my review of it was favorable enough while, admittedly, expecting more from the film. Whatever I might have expected the film to be, though, it clearly lived up for most audiences and is maintaining good word-of-mouth.

So why, exactly, is it failing to perform at the Box Office. Just a little while ago, for instance, Black Widow bowed to a strong $80 Mil domestic Box Office (blimping up to over $200 Mil counting international sales and Disney+ Premium payments, which Disney absolutely factored into the numbers they announced at the film's release). The Suicide Squad came out a little over a month later and it's "paltry" $27 Mil would seem like a bad thing.

There are a number of contributing factors, though, that I (and many other industry watchers) think might be influencing these numbers. The first is, of course, COVID. Although industry folks, like the heads of the theater chains, were saying that, "COVID is over," and, "it's a great time to head back to the theater," the truth is quite far from that. The original virus might be better under control, but Delta is rising, Lambda is coming, and a lot of people (and not the editors on this site) have growing concerns about just how safe it is to go back to the theater. Even in comparison to where we were a month or so ago, it seems like COVID is back on the rise; for many people I think we have to assume it's just not worth the risk.

Secondly, and related to the first, is Warner Bros.'s decision to release all of their films this year on HBO Max day and date with their theatrical releases. That means that anyone with access to HBO Max can watch the film, for free, without having to go to theater. Now, yes, that's "free" for a certain definition of "free" as we're talking about using a pay service to watch the film. The difference between how the WB is handling it and how Disney handled Black Widow is that Disney charged extra for their superhero film while WB is putting in as a freebie with their HBO Max subscriptions. 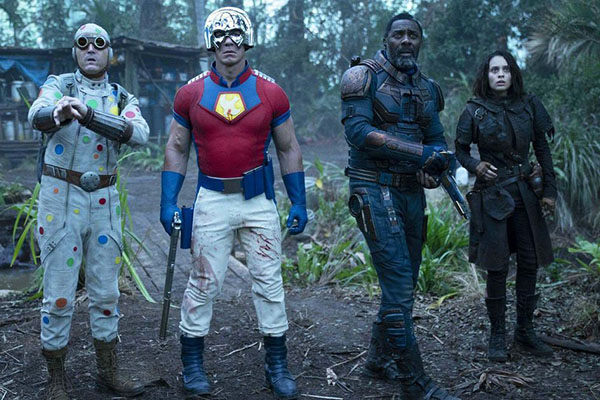 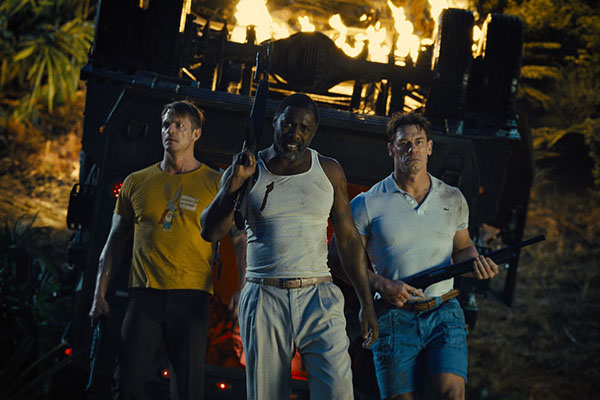 There's and upside and a downside to this. It's great for viewers, of course, and having this constant slate of new movies coming to HBO Max is probably driving some people to get (or keep) HBO Max. Downside for WB is that it doesn't give them any numbers they can use to goose their Box Office figures. How do they differentiate between a subscription that grabbed HBO Max to watch The Suicide Squad specifically and those that were going to get it anyway and this film was just a bonus? They can't so there's nothing they can add to their take. Disney's Black Widow take was boosted; The Suicide Squad can't be in the same way.

Not that I think it's a bad deal for viewers, or the Warners for that matter. The WB gets a bunch of people to use their app, and then probably keep using it as more new movies come out. Do you cancel because you saw The Suicide Squad or do you stick around for Dune? They're banking on you sticking around, and paying them monthly for the privilege, and that's probably a safe bet. The WB does have a solid back catalog, most of which is in HBO Max now, so keeping the streaming service around is pretty solid, plus you get new movies throughout 2021.

There's probably a couple of other factors playing against the film and the first is its name. Although the 2016 Suicide Squad was a Box Office success (to the tune of $700 Mil), most people don't seem to like it now. There's a foul air hanging over that film and just the name along could have driven some people away. "It's another one of these garbage movies? No thank you." I can't say I blame any audiences for thinking that as a good portion of the cast from the original film made their way over to this one (even if the WB tried to call it a "reboot" instead of a "sequel" which... it's kind of both, confusingly).

But then, does anyone really want to watch anything set in the DC Extended UniverseStarted as DC Comics' answer to the MCU, the early films in the franchise stumbled out of the gates, often mired in grim-dark storytelling and the rushed need to get this franchise started. Eventually, though, the films began to even out, becoming better as they went along. Still, this franchise has a long way to go before it's true completion for Marvel's universe.? WB had their chance and they royally bungled it, several times. Batman v Superman: Dawn of Justice, Justice League, Wonder Woman 1984 -- they have a lot of failures in their series, with the ratio of misses to hits being much higher on the DC ComicsOne of the two biggest comic publishing companies in the world (and, depending on what big events are going on, the number one company), DC Comics is the home of Superman, Batman, Wonder Woman, and just about every big superhero introduced in the 1930s and 1940s. than it is over with the Marvel Cinematic UniverseWhen it first began in 2008 with a little film called Iron Man no one suspected the empire that would follow. Superhero movies in the past, especially those not featuring either Batman or Superman, were usually terrible. And yet, Iron Man would lead to a long series of successful films, launching the most successful cinema brand in history: the Marvel Cinematic Universe.. Perhaps the DC name is simply tainted right now and needs some time off before they try another big stab at a franchise? 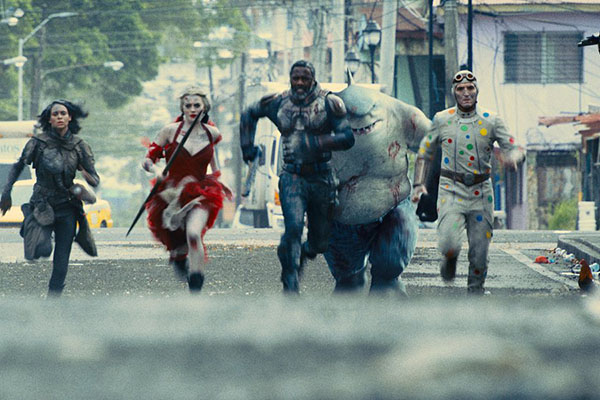 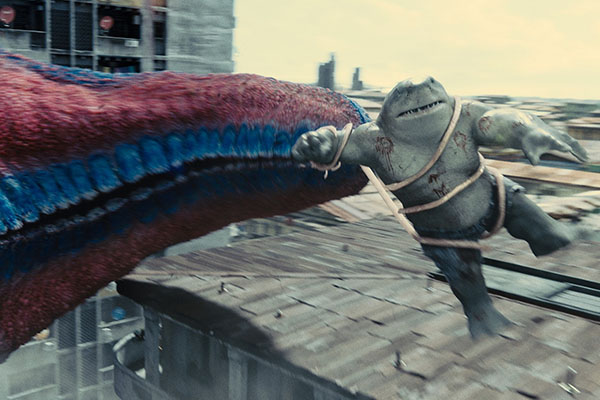 But I do also wonder if maybe the heyday of the superhero film is starting to pass. Sure, Marvel can probably keep releasing films for a while and make money -- Black Widow did pull in far more than just about anyone else in these COVID times, even without goosed numbers, showing the power of that franchise even now. But like the Y.A. boom, the fantasy boom, and so many others to come in theaters before, it may finally be time for most superhero films to die off, hardly pulling in the Billion or so bucks per film they were at one point.

All of that is to say that there's nothing inherently wrong with what the WB did with The Suicide Squad. James Gunn has a unique vision and if they put him in charge of their franchise I think he'll eventually turn it around. Or, at the very least, he'll keep making weirdo films that review well. But right now likely wasn't a good time for this film; there are simply too many factors working against it to make The Suicide Squad the sure thing everyone expected.