When last we checked in with Star Trek: Discovery, heroine Michael Burnham had been cleared of all charges of mutiny, reinstated to the rank of Commander, and been assigned back to the U.S.S. Discovery, the ship she'd just spent the last year working on as an unranked crew member. In the span of a single season the show had set up its concept, blow up its concept, and effectively rebooted itself right back to where it started before its whole season-long arc -- the Klingon War with a side-journey into the Mirror Universe -- began. Needless to say, I was disappointed. Season one was a mess and spoke to a show that suffered after its original show-runner, Bryan Fuller, left half way into production. The season was hobbled and never really recovered. 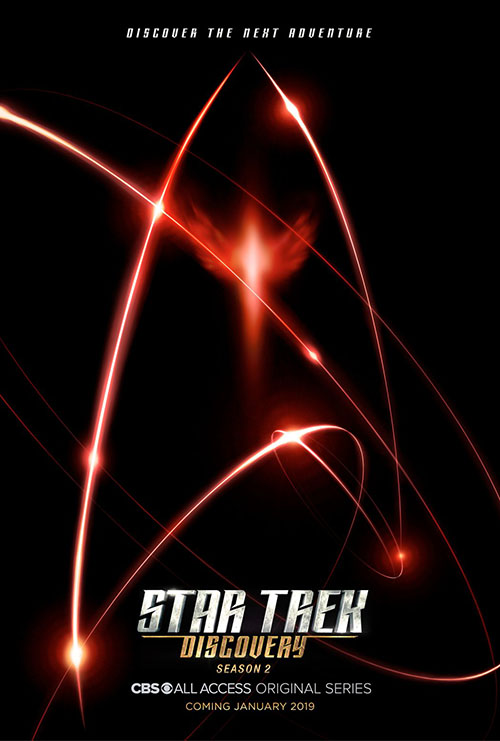 There were glimmers of hope, however: Short Treks. This collection of four short webisodes refocused the show and told tales that actually mattered. Where first season was messy and, at times, uninteresting, Short Treks was fast and creative and showed an emotional connection to the cast of the show that the whole first season lacked. If the show could refocus like this and tell really great tales in this corner of the universe, then maybe season two could be an improvement as well.

Having now watched the second season finale, I am glad to report that Discovery has improved greatly in its sophomore outing. There's a new confidence to the show, an investment in the characters that helps to unify the series and make it easier to invest in what's happening on screen. The series still has its flaws, but overall its vastly improved and quickly growing to be one of my favorite Trek properties airing right now (although The Orville is still beating it in that regard).

Rejoining the cast of Discovery soon after the events of season one, a new captain has been assigned to the ship: Captain Christopher Pike (a classic Trek characters, now played by Anson Mount). He joins the ship to handle a matter of grave significance: Spock, Michael Burnham's adoptive brother and science officer of the U.S.S. Enterprise is on the run having seemingly murdered five people. Pike wants to track down Spock and get answers because Spock may just be tied up in an even bigger situation involving a "Red Angel" that appears right before major catastrophes. Pike, Burnham, and the rest of the Discovery crew have to find Spock, stop anyone else from capturing him, and get answers to the big mysteries, mysteries that could presage a major cataclysm across the universe.

I'll be honest, after the mess of first season I really wasn't interested in investing in yet another season-long arc. If the Klingon War had shown us anything its that the crew of Discover probably shouldn't have been trusted with long-form stories. Thankfully, the course correct started in Short Treks is on display here. The show handles the season long Red Angel arc much better than it did just about any of the stories from last season. While it still sometimes gets ahead of itself, creating little messes from authorial overreach, by and large the show is able to lock it down and tell a tight story that works from one end of the season to the other. 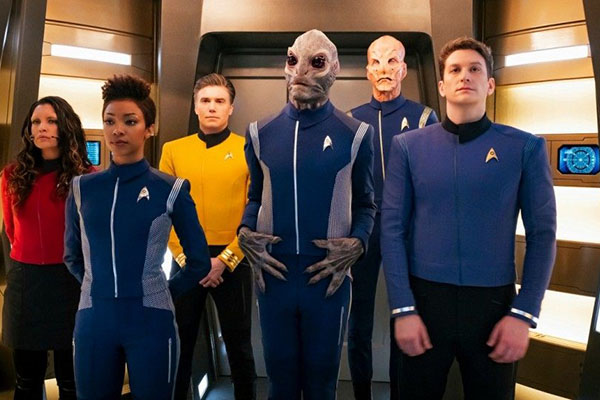 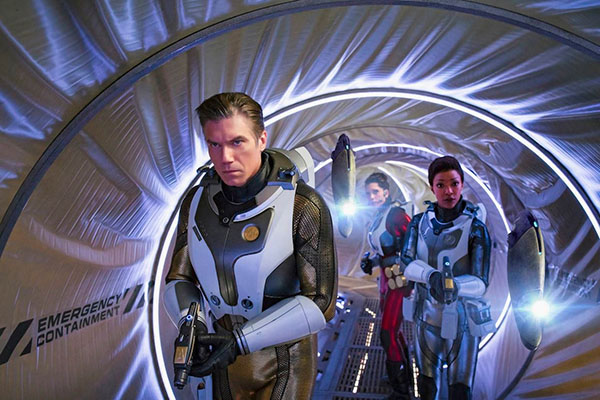 It helps that the show does a lot more episodic storytelling than it ever did in first season. Due to the contrivances of the plot -- the fact that the Red Angel sends out a signal before a disaster -- the show ends up focusing a number of stories at one location at a time, creating a more tradition, episodic format. It's all in service to the overarching story, of course, but these smaller stories keep the show from ever plodding along like it did the previous year. The crew gets in, solves a problem, and gets out with a little more information in the process. It really works well.

Plus, honestly, the new additions to the cast are great. While I enjoyed Sonequa Martin-Green as Cmdr. Burnham and Doug Jones as Cmdr. Saru, both who are still excellent here, Anson Mount's Captain Pike absolutely steals the show. In Mount's hands, Pike is warm and funny while still having a strong, commanding presence. While we didn't really get much of Pike in the Original Series (since he only appeared in "The Cage" and it's later, remixed episode "the Menagerie"), Mount is actually the third person to play the role after Bruce Greenwood in the Kelvin series. There's a bit of Greenwood in Mount's performance, but the newer actor to the role is able to make the character his own. His version is great, the kind of captain you want in Star TrekOriginally conceived as "Wagon Train in Space", Star Trek was released during the height of the Hollywood Western film and TV boom. While the concept CBS originally asked for had a western vibe, it was the smart, intellectual stories set in a future utopia of science and exploration that proved vital to the series' long impact on popular culture., and he's a great, guiding hand on the season.

Honestly, if the rumors of a Pike-led Enterprise show are true, that would be a show I'd tune in for, no question. It's a surprising thing to say considering how much I hated Mount in the Marvel Cinematic UniverseWhen it first began in 2008 with a little film called Iron Man no one suspected the empire that would follow. Superhero movies in the past, especially those not featuring either Batman or Superman, were usually terrible. And yet, Iron Man would lead to a long series of successful films, launching the most successful cinema brand in history: the Marvel Cinematic Universe. Inhumans, a show so bad I refuse to even review it because it's not worth the words. I disliked Mount on that show, but he's so good here he redeems himself completely. An Enterprise show, one that basically continued the adventures we saw in "the Cage" would be great and kind of, in a round about way, redeem that lost pilot.

I even have to give credit to this season for finding a way to blend the old Original Series style into the new show. It's been a joke among Trek fans that the technology from the 1960s show looks so bad in comparison to the current movies and shows. Here, though, Discovery finds a way to update the old style into the new format while still keeping it recognizably in line with what came before. It's a level of spit and polish the franchise has never given the classic era, but it helps to rid of that problem that plagues Discovery and 2001's Enterprise, namely that at some point before the Original Series, Federation technology was drastically downgraded. Now that's no longer a thing and it's all thanks to some careful, respectful crafting from Discovery. 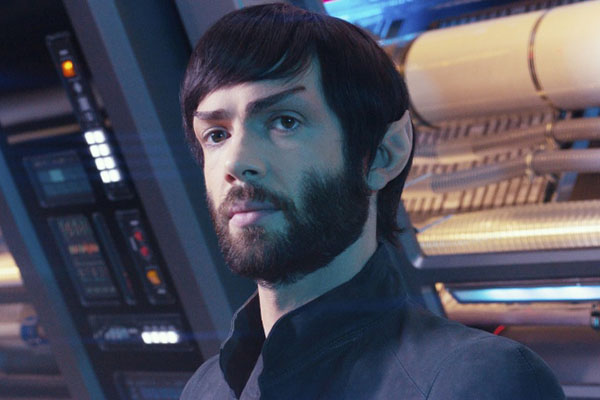 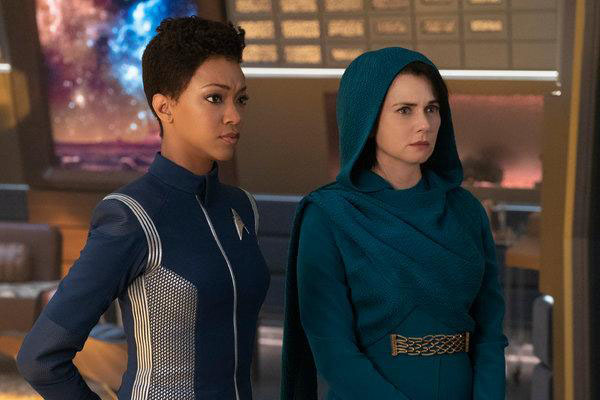 Is season two perfect? Absolutely not. There's still a number of quirks to the show that haven't yet been ironed out, like the fact that for such a large crew on the ship we still don't really know most of the characters all that well. Even worse, because of Pike's introduction, and the focus on Burnham and Spock, characters from even the first season, like Ensign Tilly and Lt. Stamets, just don't get as much time as they used to. This is much more the Pike and Burnham show, which is a weird fit for Star Trek. It's kind of like how the Kelvin movies focused almost entirely on Kirk and Spock, and a lot of fans didn't like that dynamic either. Trek has always been diverse show with a large cast, but Discovery still hasn't quite gotten that all figured out.

Plus, frankly, the story of the season gets pretty convoluted and a tad silly by the end of the season. There's plenty of great action, and it's largely fun enough to gloss over the issues. Once you start going back and thinking about it, a lot of it doesn't hold up. It's all bandaged together with time-travel hand-waves and a lot of "quantum reverse polarity" crap that would be mocked on another show (like The Orville). There's still a certain spark missing, like a truly great story, that would really bring it all together. I enjoyed Discovery, but it's still not quite where it needs to be.

Still, on the whole this season is much improved. It was fun, fast-paced, and really delivered on a lot of fronts. It's a bit messy still, but considering where it was and comparing it to where it is now, it's practically a different show. If you hated first season as much as I did, give season two a chance. It might just win you over and then, like me, you could have hope for where season three goes...