More Vulcans Than You Can Shake a Stick At

To be clear, going in to this dive of the entire Star trek series (all the shows and movies), there were only three items on the whole list I dreaded watching. One of them I already tackled when I managed to sit through The Motion Picture. This film, Star Trek V, was the next one. It, along with the first film and the Next Gen film Nemesis are considered to be among the worst movies produced for the series. I seriously did not want to have to sit through this film. 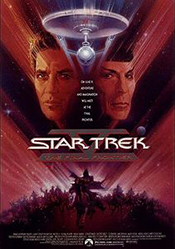 But I did because, at this point, I'm pot-committed to seeing this project though. So I popped on the film, opened up my notes, and let the movie wash over me. It was... not as terrible as I remembered. Still, though, it wasn't very good, either.

When a mysterious Vulcan, who we come to learn is named Sybok (Laurence Luckinbill), appears on a backwater planet and quickly takes over the colony, the Enterprise is sent in to rescue three ambassadors (Terran, Klingon, and Romulan) from the colony before the situation worsen. Unfortunately, while performing their rescue mission, the command team (lead by Kirk and Spock, of course), are capture by Sybok and his men. That's when we learn a couple of important details. Firstly, Sybok is Spock's half-brother. And secondly, as a Vulcan dedicated to finding the power of emotions (instead of logic), Sybok has found a way to tap into people's most painful memories and give them a kind of cathartic release. This is how he's been able to bring so many people so quickly to his cause and take over a colony. Now, with access to the Enterprise, Sybok wants to push further out to the center of the galaxy so he can find God. Seriously.

On the surface I don't really have any issues with the plot of the film. As we've see already, Star trek likes it's grand ideas (along with teenage gods and space babies) so the thought that there might be a planet at the center of the galaxy with some kind of supreme being on it doesn't really go against the core Trek ethos. A charismatic leader taking over the Enterprise on a search for God is no more or less bizarre than the return of V-Ger or a space probe that likes to talk to whales. Just another day in the Federation, really.

No, where the movie falls apart is in the implementation of all its ideas. For starters, the film takes a lot of time to get going. After opening on the distant planet of Nimbus III to introduce us to Sybok, we then spend a lot of time with the main Enterprise crew while they're going about their "antics" on shore leave. This is clearly supposed to be a time to re-bond with the characters and laugh at what they're doing. And we would, if anything they were up to was at all funny. Humor is a hard thing to pull off and a bad comedy writer can really sink a project. Most of the film's attempts at humor are ham-fisted at best (like Scotty's whacking his head on a ship beam just after saying "I know this ship like the back of my hand"). I get it, Star Trek IV: A Whale of a Time was funny and they wanted to recapture that magic. In theory that makes sense, but this film did not accomplish that goal. 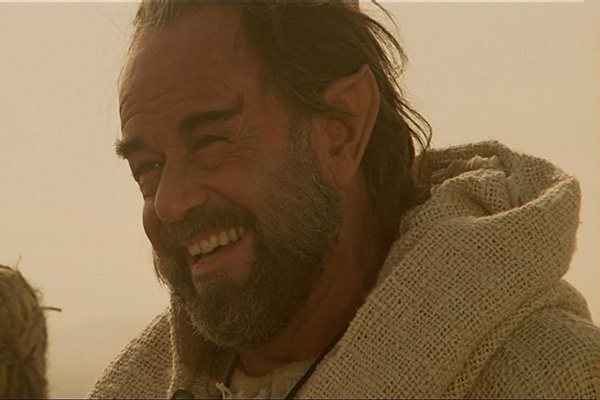 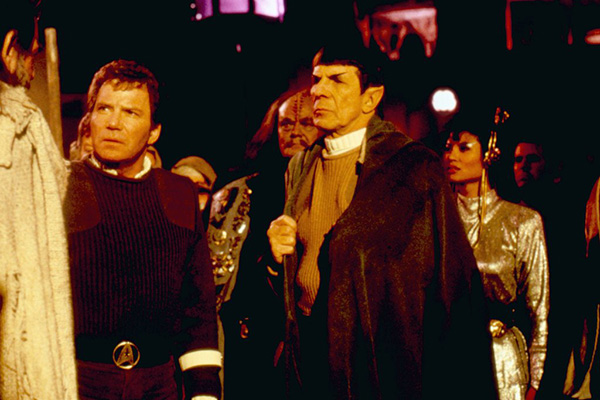 Part of the reason the light-hearted humor and tone worked over in film four was because the story being told allowed for it. When you think about it Trek 4 doesn't really have a villain -- sure, the Probe is a threat to be dealt with, but once the crew travels back in time they essentially can take care of the problem (and any others that arise) at their own pace. They get to hang out, have fun, and relax without any existential, of villainous, threat because, essentially, they have all the time in the world to solve the problem. The pressure is off, so they get to be funny. Contrast that with Star Trek II: The Wrath of Kahn where there is a very serious villain on the scene. While there are moments of levity in that movie (such as the scene in the Genesis cave about the Kobyashi Maru), the film over all has a darker tone to match its subject matter.

When you watch Star Trek V you never feel that time pressure. Sybok should feel like a threat -- he's essentially a charismatic, religious leader peddling his version of "the truth" to all that will listen, building up a cult around him of devoted followers who will kill for him if he wanted. This is someone that should be threatened as a real threat, some with a scary amount of power who could easily infiltrate anywhere and take over anything. On paper, Sybok is like a religious Kahn, someone that can sway any crew to their side. He should have gravitas, and his quest for God (which would eventually end in folly) should feel like a proper comeuppance, the satisfying downfall of a despot.

Instead, because of all the time spent on the crew being "funny", Sybok never really amounts to anything. He's not a threat, even when he takes over the Enterprise. He's just a one-note villain of the week given more time than he deserves. Even the fact that he's Spock's brother doesn't amount to much in the overall story -- it's a fact that's thrown out and then shrugged off almost as quickly. 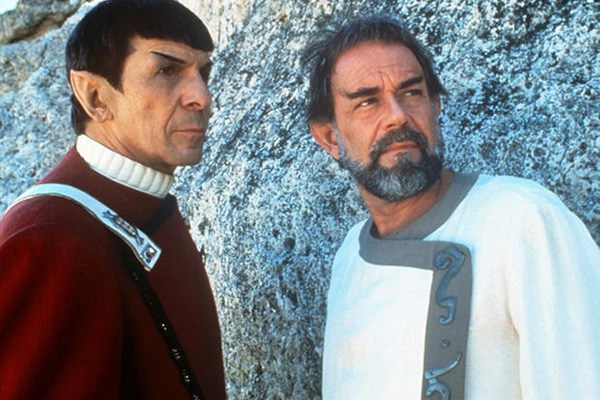 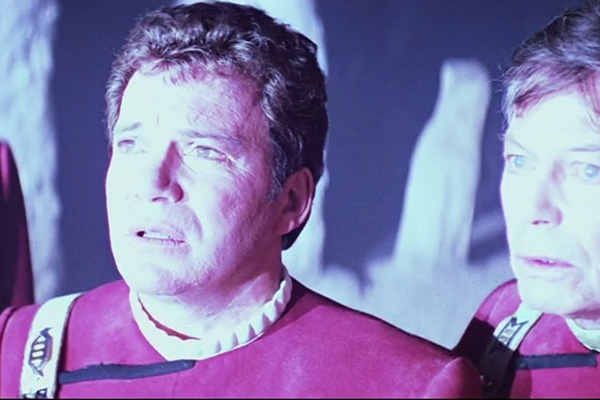 This doesn't even take into account all the other parts of the movie that are introduced and then dropped without much resolution. For starters, the Enterprise is having technical difficulties and is also understaffed. A big deal is made about this at the beginning, and it seems like this could be a major concern if, say, a Klingon ship were to attack. Which one does. But instead of the Enterprise being crippled, it just shrugs it off. Maybe the lack of a crew could have let Sybok take over the ship more easily, except that point is never raised, nor does it seem like a concern either. And the Klingon plotline eventually just fizzles out, played off as one more (half-assed) joke in a script full of them.

Even the ending doesn't really go anywhere. The God-being, whatever it is, is essentially imprisoned on a planet in the center of the galaxy behind the "Great Barrier". We're told that the barrier keeps all ships out, that any who try to cross it never return. So what happens when the Enterprise goes in there? It's shaken around a little bit and then comes through just fine. As does the smaller Klingon bird pursuing it. And they do it again going back out afterwards, presumably. So why was that so difficult? Why hasn't every ship crossed in to have a convo with God? What's so special about this time? If there was an explanation for that, it certainly wasn't included in the movie.

In the end, then, nothing about this movie really comes together. Sybok isn't much of a villain, his quest doesn't going anywhere special, his relationship to the rest of the crew is under-cooked at best, and by the time the credits roll the crew is essentially right back where they started with very little having changed. At least The Motion Picture gave us something to think about with V-Ger. Star Trek V is simply an inessential film that doesn't really need to exist at all.

And the thing is I think it could have worked. Not as a movie, mind you, but they could have done this script as a mid-season two-parter on a Star Trek show (perhaps Next Gen which was actually airing at the time) and it probably would have worked. It's inessential as a movie, but it has just about the right amount of story for a couple of 45 minute episodes of TV. Something to fill time during a season before meatier stories are told. Sadly, that wasn't how it was handled.

Ah well. At least the fully original cast gets to go out on a high note with the next film...