Which Way to the Insurrection?

Oh, Next Gen movies, why can't you be better. Considering how good some (admittedly not all, but some) of the films in the original series of flicks could be, why are the Next Gen films almost universally bad? It's like the writers and producers on this films just couldn't figure out the right tone to take, creating productions that swing wildly from one tone to the next. 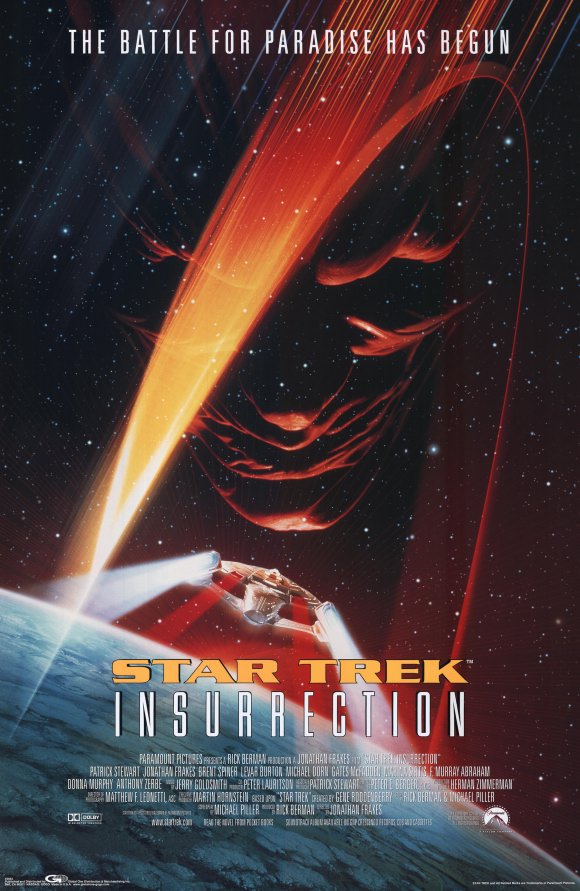 For this film the Enterprise E is sent to the Briar Patch, a section of space surrounded by a huge, gaseous cloud. Within this "patch" is a habitable planet, one the Federation has been monitoring for a while to study the people living upon it. These people, the Ba'ku, a seemingly simple folk (as we learn only because they forsook technology) also apparently live forever, constantly regenerated by the particles cascading upon them from the Briar Patch. Somehow. When the Federation, working with a group of aliens called the Son'a, decide to remove these people from their home planet (so that they can collect the fountain of youth particles), Picard and the rest of the crew step in to save the day.

I lamented during Generations about that film's overly broad tone and, at times, schmaltzy sentimentality. Insurrection suffers from similar problems, spending a lot of time making us try to care about the Ba'ku and their simple ways. This is most evident in the multiple sequences of Data and a small boy, talking, learning, and playing. The films keep trying to make Data into a comedic prankster, a font of jokes, but Data always worked best in the series as the confused straight man. This tonal shift for him goes too far, too broad, and makes the scenes with him excruciating.

Not that the humor in this movie isn't excruciating for all involved. Riker and Troi's flirting (leading to more) is supposed to be cute and fun but it just comes off as wildly inappropriate for two bridge officers to be doing while on duty. Worf (who really shouldn't be in this movie since he has things to do on DS9) get abused by the script, shoved back into Klingon puberty by the regenerative particles on the planet, which mostly comes out as him getting zits and being surly and aggressive. No one escapes the perils of ill-advised humor, not even Crusher, who has a conversation with Troi about women-folk things, a convo that Data overhears and then has to repeat verbatim despite how stupid it is because... humor?

There are interesting parts of the movie. The film starts off as a mystery, with Data malfunctioning and Picard having to step in to solve what's going on, which just plunges the crew further and further into the mystery. Why is Data malfunctioning? What is going on with the planet? Why don't the people age? Does the federation know? Have they actually signed off on this? There are shades of a good conspiracy story in here, one the movie makes a half-hearted attempt at acknowledging, but a story like this would need to have a different tone from Insurrection, something much darker than the family-friendly romp we were given. 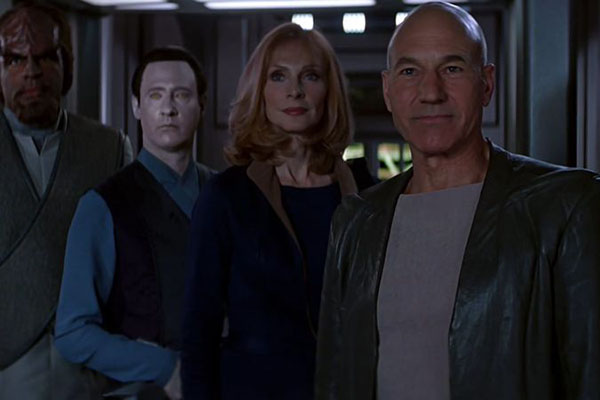 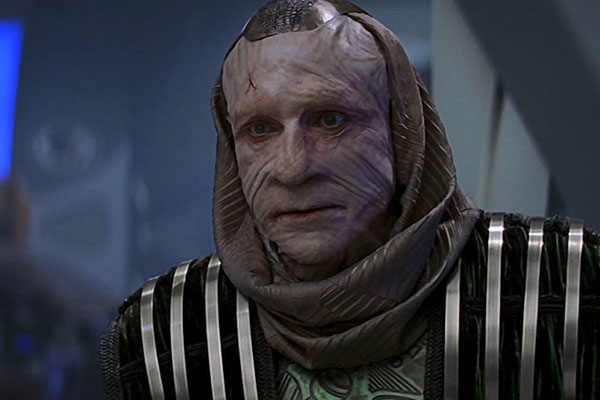 This is double-strange given the villains provided. The Son'a are a race of aliens that have been engineering themselves to live forever, including skin stretching to make their wrinkles look "young". They're grotesque, a race of willing Frankenstein creatures that are doing everything they can to stay alive. Their story should be supremely dark, very mature, but the movie -- despite showing such things as the gross skin stretching -- doesn't actually seem to care about to Son'a at all. Their grotesquery is their only defining quality which means we don't have any stakes in what they do, one way or another. A late-movie twist that tries to give the beings more emotional connection lands with a thud because these guys are one-note creature horror beasts.

I honestly wonder what the thought process was behind this movie. First Contact was a successful film, critically and financially, but I remember a number of people commenting that the movie was very dark, very mature (which, I don't entirely know about that as it, too, suffered from some tonal problems that undercut the dark nature of the story). The Borg are a creature-horror race, an inverse reflection of what the Federation stands for, and putting them in a film leads to darker stories. But it's almost like the writers wanted to follow that darker thread and then were told to make Insurrection lighter, more palatable to the masses.

Whatever the case was, what we end up with is a real mess of a movie. It doesn't quite know what it wants to be, or how to go about doing it, so it just jumbles all the elements together, lacquers on the jokes, and then hopes people will like it. 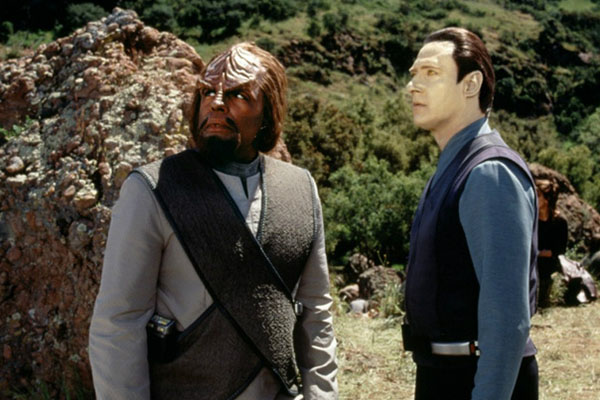 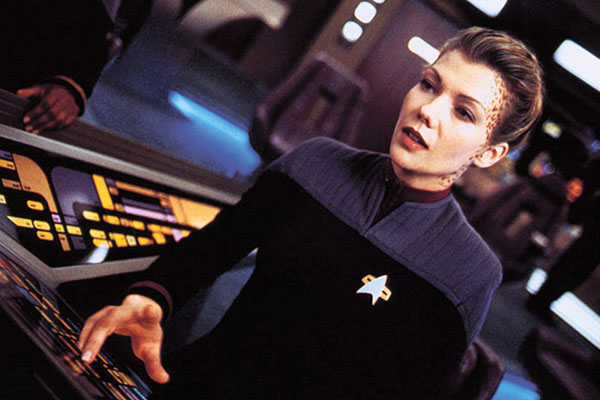 I hate to keep saying this, but this film (like Generations as well as The Motion Picture and The Final Frontier) would have been much better as an episode of a series. There's about 45 minutes to an hour of good story here that's just stretched out and padded with fluff and jokes. If the story had been given to Deep Space Nine or Voyager it probably would have made for a great episode (although in the case of DS9 the episode would have been all about the Federation conspiracy). As a movie, though, it just doesn't work.