The Elements Are Displeased

Disney has long been protective of their "animated masterpieces". They had a famous, long-standing policy of not making theatrical sequels to their animated films (with The Rescuers Down Under being the exception that proves the validity of the rule), shoving most of their sequels off to the Disney Television division (such as all the Disney Princess sequels, TV spin-offs, and the like). That policy shifted some over the years, first with Fantasia 2000 (which wasn't exactly a success) followed by Winnie the Pooh in 2011. But the big one, of course, was the big, theatrical sequel to Frozen. 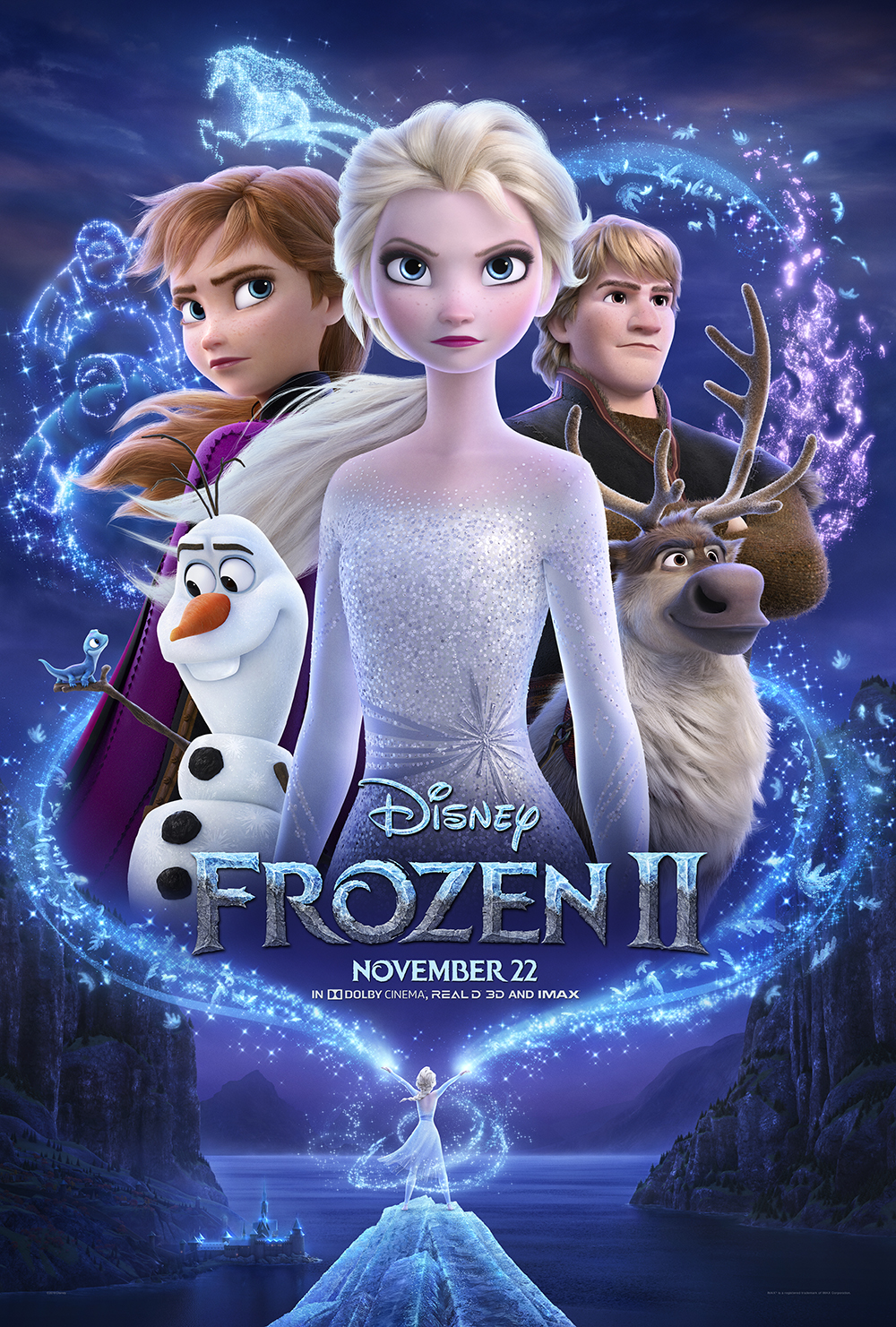 With absolutely no hyperbole added, Frozen was a phenomenon. Disney had success with many of their animated films, finding a solid groove with 3D animation starting with the pretty solid Tangled, and a 3D animated Disney film could be expected to pull in somewhere around $500 Mil, give or take. Tangled, Wreck-It Ralph, and Big Hero 6 were all from this era and they made similar, respectable appearances at the Box Office. Frozen was different as it made a cool $1.2 Billion. That was Marvel money there, all for a Disney Princess films. If any movie was going to rate Disney allowing a precious sequel to appear, it would be tier sudden smash hit starring Anna and Elsa.

As with any sequel, though, the big question is: where can the story go from here? In its construction Frozen was meant to tear down many of the tropes of Disney's formula. The main characters find power through their own decisions, their inner strength, and not just because some guy comes along to give them a kiss. It's their own inner power, and their sisterly love, that motivates and completes the film. By the end of Frozen the ladies have cared and shared and grown enough that their film ends right where it needs to. What more could they do in a sequel? Well, the answer is go through the basic beats of caring and sharing all over again.

Some time after the events of the first movie we rejoin Anna (Kristen Bell) and Elsa (Idina Menzel), the latter of whom is the beloved queen of her homeland, Arendelle (with Anna also living at the castle). While Else oversees the running of her kingdom, Anna assists while also dating reindeer expert (and generally nice guy) Kristoff (Jonathan Groff). Everything seems to be going well enough for everyone involved, right up until Else starts hearing a song upon the wind. She tries to ignore it, over and over, until finally she gives in, follows the noise, interacts with crystals that represent the four elements and accidentally makes the spirits of natural mad. Or, at the very least, she awakens them. Whatever the case, the elements turn their distaste towards Arendelle, which immediately has to be evacuated.

Sensing that the only way to save their kingdom is to venture out into the woods, to find an "enchanted forest" that their parents once told them about, the ladies (plus Kristoff and his reindeer Sven) head out, going through a magical mist until they find themselves trapped within the expansive magical wood. There they find a group of northern settlers from Northuldran along with a small band of Arendelle soldiers, all of whom have been trapped in the wood for ages. Both sides fear the other but Else and Anna, being both of Arendelle and daughters of a woman from Northuldran, are able to bridge the two groups. This then leads them on a new quest: to find the real source of the call, to see why the elements in the woods are angry, and how everything can be set right so that Arendelle, and the Northuldran people, can all be saved. 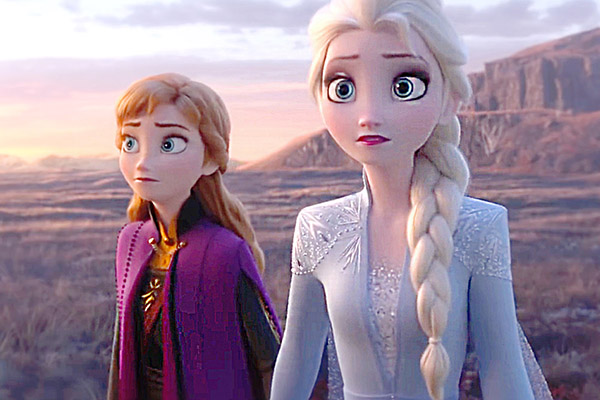 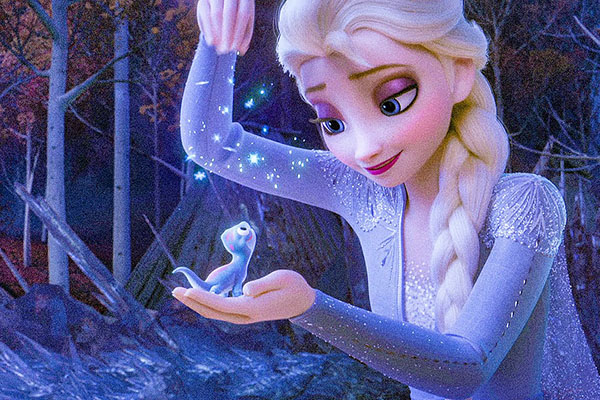 I have to be honest here, the plot of Frozen II is a mess. Where the first film was pretty direct -- Elsa has her icy secret, she has to keep it, she fails to keep it, runs away, and then Anna has to go on a quest to retrieve her big sister -- this film is just a sloppy collecting of scenes stitched together. There's a vague story about messing with the elements and trying to set things right -- apparently the real issue is a dam built in the Enchanted Forest that, over time, has made the spirits of the element very grumpy -- but getting to that point, and actually finding the solution for all of it, feels secondary to the characters just wandering around (and singing). I've seen this film twice now and the best way I can describe the story is "things happen, songs are sung, and then somehow the elements are happy again for... reasons."

That said, in the moment the film does entertain. While the plot is as shaggy as they come there are so many scenes, so many new sights to see, characters introduces, twists of the interactions, that it never stops working (however loosely). The film has an amiable air about it and hanging out with these characters again is fun enough. I do think, though, that there's a solid 30 minutes of plotting that could have been removed from this nearly two-hour film, tightening up that could have been done to make this film flow even better and feel a lot less strung together. It works, but it could work even better.

Thankfully, as the story meanders along we do still get these great characters to enjoy. Star of the film for me was Kristen Bell's performance as Anna. Bell, having worked on TV dramas and comedies, has the right kind of performance style to carry the story. That's especially the case with the comedy as Anna seems to get all th great lines in the film. That, or Bell's delivery is so good she can mine comedy out of even basic reads (anyone that ha watched The Good Place knows this is true). Hell, Anna is more interesting here than Elsa, despite Idina Menzel's big, show-stopping songs as Else and Else, of course, being the magical girl of the two of them. Both ladies lift this film up but it's Bell that really steals the show.

Also stealing the show: the songs. This time around the sequel is able to let loose and pursue all kinds of odd ideas for its music. Not only are there call backs to "Let It Go" (with Else delightfully cringing at the overplayed song), but the movie introduces some fun new riffs on material. "Show Yourself" is Elsa's new show-stopper, and I think it's a better song than "Let It Go" in construction and sound. She also gets "Into the Unknown", which is another great song to show off Menzel's range and power. But the best song of the film is a smaller, sillier one: Kristoff's "Lost in the Woods". This is a 1980's style power ballad with all the on-screen sight gags (subtle as they are) to show that the song writers knew exactly what kind of tune they were making. It's brilliant. 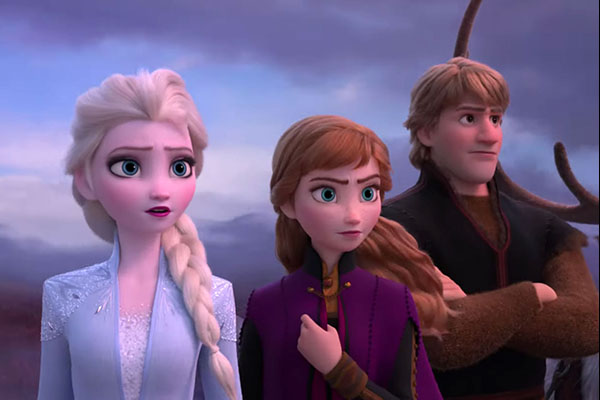 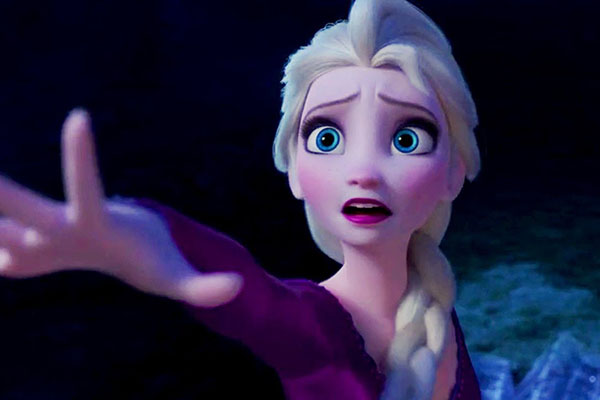 The film has its strengths, yes, and it's a fun watch once in a while. I think the music is better, the cast is more comfortable with their characters, and there's an easy going flow to the film hat does work really well. The film isn't as good as the first Frozen though, and that's because it's held together by a ramshackle plot that doesn't quite get its act in gear. Again, 30 minutes less movie, a lot more tightening to the story, and I think it all would have worked really well. This was clearly a case of the production team having more power over their film and not wanting to edit anything out. I can appreciate that perspective but in this case a little more editing was needed. The sequel is good but nowhere near as good as the original.

It also made an extra $200 Mil over the first Frozen, so what do I know? Fans loved it and I guess, as far as Disney's pocketbook is concerned, that's all that really mattered.