A Variety of Tiny Icy Adventures

Disney is generally quite protective of their motion pictures and the air of "quality" that surrounds them. Although not above making sequels to their films, those sequels were usually pushed off from their motion picture division to other animation houses within th conglomerate (more often than not their television division). This usually means that sequel and extension works (like the various television shows that Disney produced, the so called "Disney Toons") were nowhere near as good (in writing or animation quality) as the big budget movies. 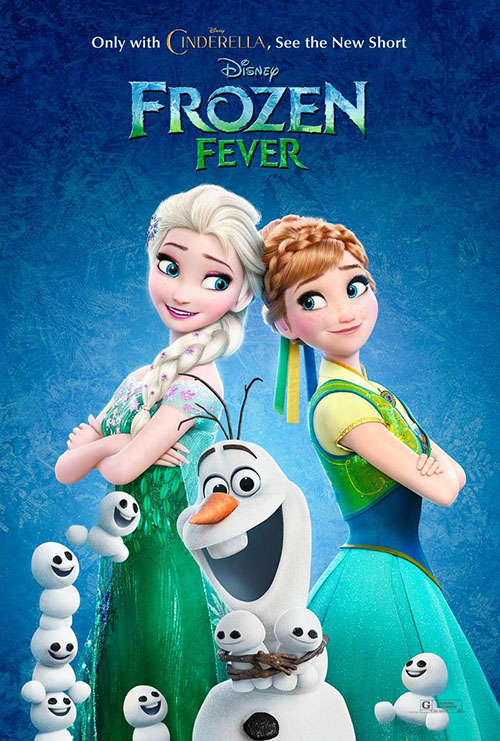 Of course Frozen changed the whole game for Disney. it was their biggest hit in their theatrical line, let along their Disney PrincessesReleased in 1937, Disney's Snow White was a gamble for the company: the first fully-animated, feature-length film ever created. It's success lead to the eventual creation of the Disney Princess franchise, which has spawned 13 main-line films and multiple spin-off movies and shows. line, pulling in over $1.2 Billion at the Box Office. It massively dwarfed everything Disney had put out before (in their own brand), and that doesn't even count all the toys and everything else that everyone (and their little girls) had to buy. It was, to put it short, "Frozen Fever". Whatever Disney did next they had to treat Frozen right.

While a short, or set of shorts, is an expected brand extension for the company, what's interesting about the Frozen short films (and the sequel to follow, Frozen II) is that the company didn't farm out these animated works to their television division. Instead all the short films (four in total so far, not counting a Lego Frozen mini-series, which is so awful I couldn't get through it for this review) were handled in-house by Disney's theatrical production team. This gives the shorts a proper sense of continuity with the main films along with a high degree of quality. These are well made shorts, better than they have any right to be (given Disney's past track record).

The first of the four shorts to debut, Frozen Fever came out in theaters in 2015, attached to the live-action Cinderella remake (which certainly didn't hurt that film's release at all). Set after the events of the first film, this short explores the continuing life of the ladies, Elsa (Idina Menzel) and Anna (Kristen Bell). Elsa, still feeling guilt over locking herself away for years and not spending time with her sister, wants to make things up to her sister. So Else plans a special day for Anna, a big celebration of Anna's 19th birthday now that their family (Elsa and Anna) is unified once more. She has a whole series of adventures and presents spread around the town, with a long string connecting everything, and the two ladies head off on a scavenger hunt.

Meanwhile, Kristoff (Jonathan Groff) and Olaf (Josh Gadd) are left in charge of the final party. They're supposed to keep an eye on everything, making sure the party (and feast) stay safe until the sisters arrive. That task would be easier said than done, though, as tiny little snowmen start arriving, causing chaos at the celebration square. These snowmen, it should be noted, are caused by Elsa herself, by-products of her sneezing (without her even realizing it), all because she has a cold. Yes, Elsa has "Frozen Fever" (we see what you did there, Disney, well done).

The short is cute, powered largely by two things: a pretty solid song, "Making Today a Perfect Day", which is a cute and fun little ditty, along side a very amusing Anna. As I noted in my review of both films, Anna is the comedic part of the duo so while Elsa is off singing out her feelings, Anna is in he background making faces, enjoying the sights, or eating a sub sandwich (a cut little moment all on its own). The short film gets by quite well on the affable quality of the sisters, their joy, and the subtle background humor around everything.

The less interesting part is, of course, the little snowmen. These guys are cute enough, obviously put in to sell a few extra toys, but they don't really add anything. Their primary task, honestly, seems to be making Olaf less annoying by comparison, which they do, an impressive feat considering how low the bar is. The Kristoff and Olaf side of the short is forgettable, but if you come for the sisters then you'll leave this cute short film satisfied well enough. 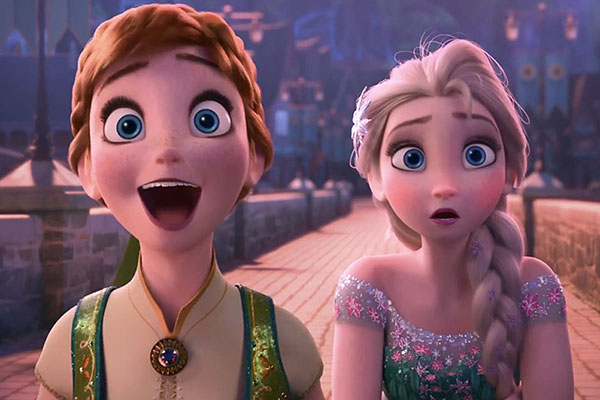 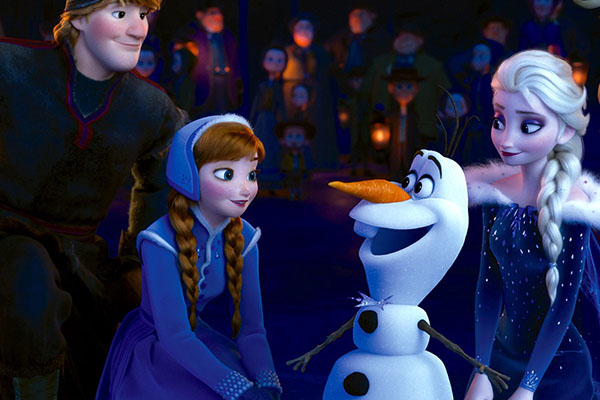 I'm not really certain Frozen needed a holiday special but we got one anyway with Olaf's Frozen Adventure, a 26-minute short film focused largely on the annoying snowman. I do make that sound bad -- Olaf plus forced holiday cheer is not exactly something I'd go out of my way to watch were it not for this site -- but honestly this short is better than he elements of it would suggest. It's certainly not something I feel the need to watch again (as I don't currently have daughters or anyone else that would want to put this on a loop) but it's cute enough for a single dose of Frozen.

In the film the sisters, Elsa and Anna, throw open the doors to the castle so they can ring the holiday bell (and mark the start of winter celebrations), and then hold a party for all of Arendelle. Apparently their citizens didn't get the memo about the party part, though, because after the bell is raised and rung everyone in the city goes home. They all have their own celebrations to prepare for, their own traditions to uphold and enjoy. This leads Elsa and Anna to realize that they don't have any real traditions of their own (aside from Elsa locking herself in her room for years on end), which makes both of them sad.

Enter Olaf (and the reindeer, Sven). Armed with a sled to gather items, Olaf heads out to talk to all the people of Arendelle and see what they do for their holiday traditions. He gathers them all so he can bring them back to the sisters, but then he accidentally sets the sled on fire and travels off into the dangerous woods. Only the people of Arendelle can save the dumb little snowman, and in the process they just might find their own true meanings for the holiday season.

Olaf's Frozen Adventure is a fine little tale. it made a limited debut in 2017 before Pixar's Coco before heading to TV to become a holiday special (as would be expected). There's nothing particularly challenging about the tale -- despite billing itself as a "Christmas" special, it largely avoids anything religious or anything specifically devoted to Christmas itself. A few minor asides about Channukah and o0ther holidays are made but everything is very cursory. This is, I'm sure, so that Disney didn't offend anyone by singling out specific holidays or traditions, but the film still dubs everything under the label of "Christmas", which for non-celebrants still feels weird. It's like Disney tried to tread a line here and failed spectacularly in all regards.

Despite that, the short itself is reasonably cute. When it's not specifically focused on Olaf trying to learn about each family's holiday traditions it finds its own affable groove and actually becomes a decent little watch. Like with all Frozen productions this one has songs to add to the canon, with "When We're Together" a nice solid song that also works as a holiday ballad. Olaf's song, "That Time of Year", is mild and less annoying than it could have been but is nowhere near as good a track.

Just in general this is an okay short. I think if it had focused more on the women and less on Olaf I would have liked it more. The snowman is a menace, though, and must be stopped (not that he ever will be).

This short (and the next) both came out after Frozen II, although structurally you'd never know it. Originally released on the Occulus Rift before heading (in a flatter form) to Disney+, Myth: A Frozen Tale was setup as a kind of Fantasia musical experience, a song with animation to tell a tale. Frankly, though, this little animated piece is nothing special to talk about.

The short is told as a tale between an Arendelle mother (Evan Rachel Wood) and her children essentially explaining the origin of the elements in the Enchanted Forest (as seen in Frozen II). We then cut into the Enchanted Forest a see each of the elements light up, showing their magic as their part of the music plays. We travel from the reindeer to the fire lizard, the water horse and the giant rock golems. A fifth element is then added, their instruments blend, and then chaos ensues as the rhythm is lost and the fifth element goes missing. Then the short ends.

Maybe this whole piece would have played better as VR program so you could turn your head an marvel at the effects as they were presented in 3D. As a "flat" short, though, Myth is pretty boring. The musical piece is nothing special and the animation is pretty limited. it doesn't even really give that great of an explanation of the elements (at least, not providing anything that wasn't already assumed or expected) making it a pretty bad prequel, all things considered. A true Fantasia this is not and it might have been better for this to stay in the VR space. 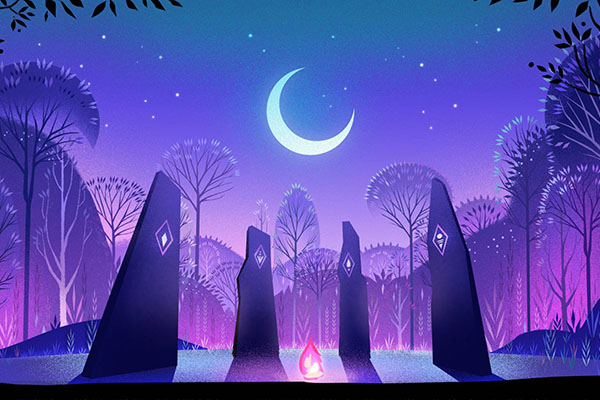 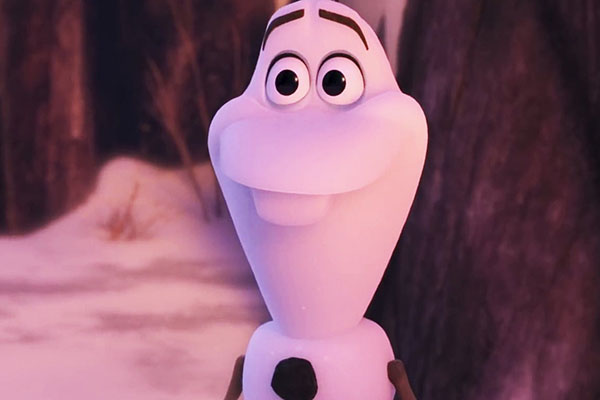 Once Upon a Snowman

And finally... we get more Olaf. Yay? This short, a Disney+ exclusive, picks up during Elsa's big number in Frozen, "Let It Go". As she moves around, casting magic, she creates the little snowman, Olaf. But instead of traveling off with her to her castle we watch Olaf get cast down the mountain and go sliding off on his own adventure, looking for a nose he can wear. He crosses paths with Anna and Kristoff more than once, always passing in their background (or vice versa), having a little "side adventure" before finally connecting back up with the main events of the movie a few scenes later. It's cute, but not super necessary.

This isn't the first time Disney has flirted with this kind of "side story" tale. Years earlier the studio released The Lion King 1 1/2 which told surrounding events to the main movie from the perspective of Timon and Pumba. This is the same, in concept, except with a less interesting characters and even lower stakes. There's nothing necessarily wrong with Once Upon a Snowman -- it's cute, it's light, it doesn't overstay its welcome, and it even has a few little jokes in it -- but it's also feather-light and totally unnecessary.

It's the kind of short where you sit there saying, "sure, that happened... but why?" We didn't need a Frozen midquel focused entirely on Olaf, but we got one. Why? Lord only knows. It's there, it's fine, but likely you'll never watch it more than once (if even that).

And with that our Frozen journey ends (at least until Disney decides to make another film in the franchise).