Flying Off Into the Idiotic Unknown

I've never seen, or read, Robert Louis Stevenson's Treasure Island. Considered a classic of fiction, it's a work that doesn't seem to carry the same cachet now that it once did. It's not mentioned as often as, say, Moby Dick or The Count of Monte Cristo. The most recent adaptations of the novel were the Starz show, Black Sails (which is amazing), and the 2002 Disney Animation feature, Treasure Planet, which... isn't. 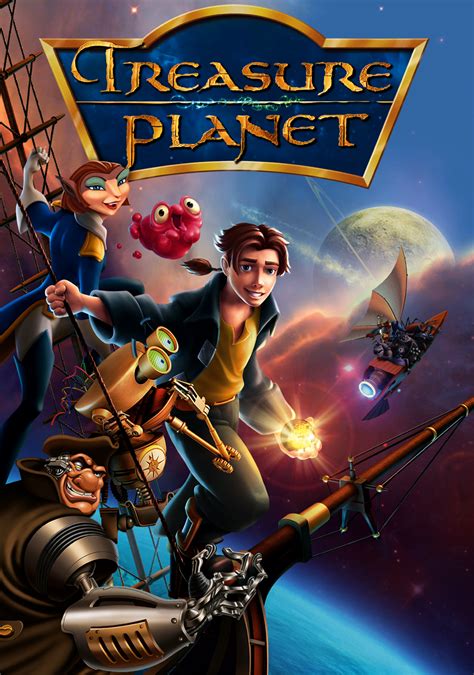 Treasure Planet is considered one of Disney's great fiascoes. A movie that its two director/producers, Ron Clements and John Musker, wanted to make for over a decade, the duo had to do other films first -- The Little Mermaid, Beauty and the Beast, Aladdin, Hercules -- before being allowed to make their dream opus. You will note that the movies I just mentioned are all hits, or mega hits, for Disney, most of them during the height of the "Disney Renaissance". These guys had clout, but even with that clout it took them forever to get Disney to sign off on this film.

It's pretty obvious, once you watch the film, why the Disney higher-ups (Eisner among them) was hesitant to green-light this film: Treasure Planet sucks. It's a bad film, with a bad story, that really should have never gotten off the drawing board (literally and figuratively). This was the project the directors wanted to spend all their capital, and spend it they did, dreaming up a franchise to go along with. Those dreams, obviously, were dashed the second the film crashed and burned at the Box Office.

The problems with Treasure Planet are numerous, making it very hard to get into the film in any capacity. Although supposedly an adaptation of the Stevenson novel, the movie strays very far from the source material in a number of way (as you'd expect from a Disney film) to the point that it barely feels like an adaptation at all. The fact that it's basically "Treasure Island, but in space" is the first big change, of course, but beyond the idea of treasure buried on an outpost (a planet) and there's a character named John Silver, this is a far cry from any story people would be expecting.

On the front of this being "Treasure Island, but in space," Treasure Planet is bad sci-fi (it's really "Science Fantasy", but it's not split that hair when we have so many other hairs to split). We have ships that fly in space via solar sails except the ships also have thrusters, so are they solar sails or sails that act as solar panels? The film waffles back an forth on this point. There's also the fact that the ships don't have an obvious atmosphere; the crew stands on the deck, can go inside and outside the bounds of the ship, deal with rigging and masts and whatever, and there's no indication of how. This was just an obvious issue I had with how the ship can operate in space the way it does, and this doesn't even get into spacial navigation, distance between objects, and on and on. 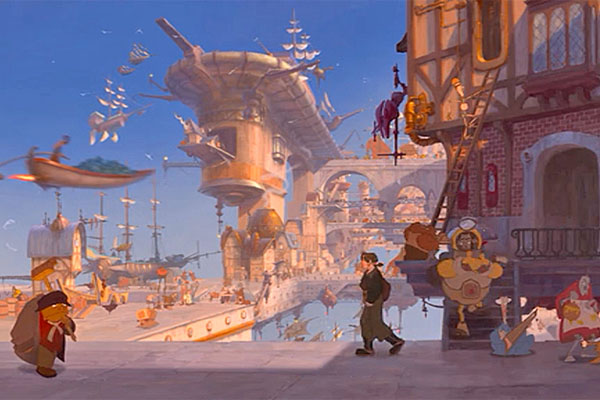 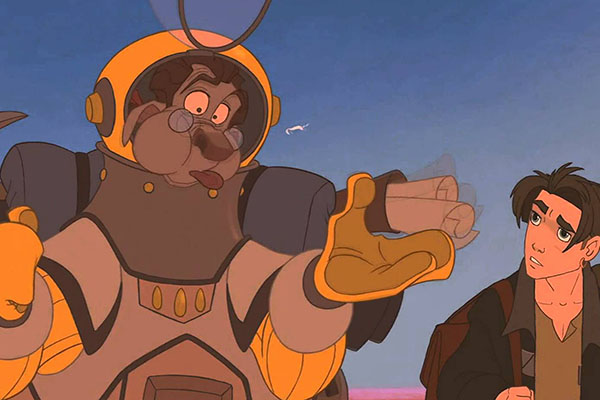 If we ignore all the sci-fi (which, this is "Treasure Island, but in space," so I don't think we should have to ignore all that), we still have issues with the basics of the film. The movie can't settle on a single tone, shifting wildly between broad comedy, child-friendly gross-out humor, tender family moments, big action, and scary thriller sequences. The film never settles down, making it impossible to enjoy any part of it because the second you get settled into a scene, the film bounces off and changes tone again.

We never get a solid sense of any of the characters. Jim Hawkins (Joseph Gordon-Levitt) is our hero, a juvenile ex-con with a heart of gold, but we never get a sense of why he went to jail (the most of does are dumb pranks and moving violations). He doesn't have a bad streak in him at all so the whole "bad boy makes good" story that seems to be setup here doesn't play because the "bad boy" half of the equation isn't there. Silver, meanwhile, swings from being a scary pirate king to a kind family man, and while the film tries to sell both sides of this story, neither side lands. You don't trust him when he's playing the friendly uncle, and you don't buy the bad streak in him because he seems to nice to be really scary; the lack of consistency holds him back.

That doesn't even get to the other, even more obnoxious characters. Dr. Delbert Doppler is a friend of Hawkin's mom (the mother voiced by Laurie Metcalf). As voice by David Hyde Pierce, Doppler is the most irritating character in the film. He's loud, he's broad, he's always annoying, and he adds absolutely nothing to the film. I think he's supposed to be the "doctor" character from the original novel, but he's changed so much he's a different character here and, in the process, you just hate him. It's stunning how much you hate him when they have another annoying character, B.E.N. (Martin Short), who would easily be obnoxious if our bar for that wasn't already raised so high.

Beyond that even, this is a horrible looking movie. Coming at the point where Disney was transitioning from 2D to 3D animation, this film gets the worst of both worlds. The 2D animation of the characters doesn't blend at all with the 3D of the backgrounds and landscapes, especially as the characters are cruising quickly through everything. It's glaringly bad, pulling you out of the film, making it hard to appreciate the animation even when it actually slows down. If you can't enjoy the animation of an animated film, something had gone totally off the rails. 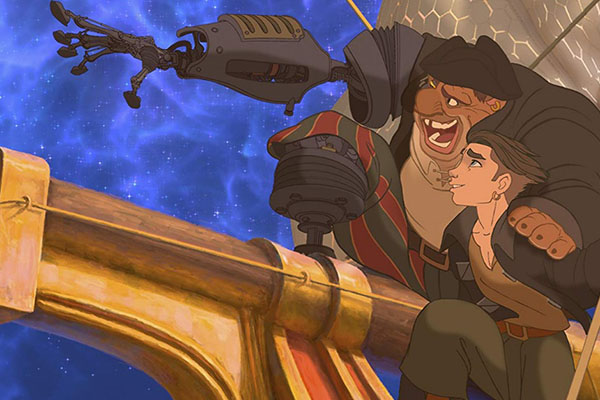 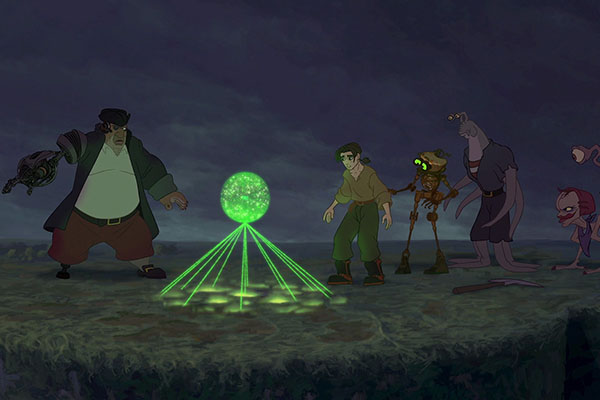 I'm amazed at the ineptitude of this movie, start to finish. This came from two masters of the Disney Renaissance who cranked out many of the biggest films from the animation studio. This film. And this was the big passion project they wanted to make. I understand that artists can get focused on a project and absolutely have to make it no matter what anyone says. The fact that Eisner saw what these guys could crank out, even after just The Little Mermaid and said, "hang on, maybe go do something else first," over and over again, that seems like it was clear these guys were lost in the idea and weren't listening to reason.

It worked out okay for them in the end as they went on the make other Disney films, like the hit Moana, so this film didn't hurt their cache. At the same time, though, the favors these guys had to call in to make this movie probably cost them some. For this film to fail was probably cutting for the two of them. End of the day this was a bad film they shouldn't have made. But they did, and Disney released it, and some of us had to watch it. All the bad things you hear about this film are true: Treasure Planet is just as big of an explosive turd as you've heard and you should skip it as hard as you can.