It's hard to see a good series go, but then fans of the Expanse have had to learn to deal with the show ending more than once. What started as a Syfy series was canceled after only three seasons, only to get picked up by Amazon PrimeWhile Netflix might be the largest streaming seervice right now, other major contenders have come into the game. One of the biggest, and best funded, is Amazon Prime, the streaming-service add-on packing with free delivery and all kinds of other perks Amazon gives its members. And, with the backing of its corporate parent, this streaming service very well could become the market leader. to help continue the adventures of the Rocinante. Even then, fan were never sure if the show was going to last from one season to the next. The show as great, but it wasn't a ratings success compared to other shows. And yet, in endured. 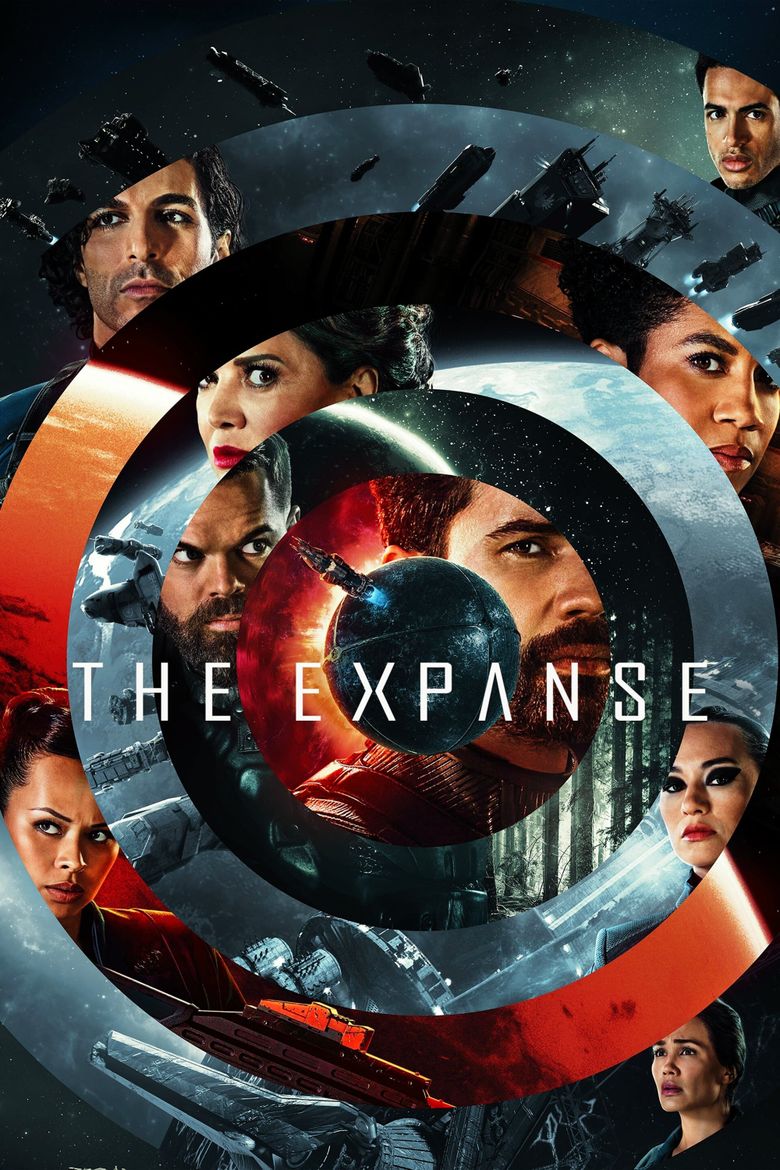 The power of the Expanse was in how it weaved stories among its characters, treating each character and each group -- Earther, Martian, and Belter -- like real people while only rarely having anyone act like a true villain. People did bad things, but you could almost always understand their perspective (even as you knew some people would live, or die, due to their actions). All of this was set against a solid, fairly hard sci-fi story that never felt like it cheated or took shortcuts. This was a show that wasn't just space magic but a realistic look at the future of space travel and space colonization.

This sixth and final season, then, had to continue to deliver everything fans of the show came to expect while also finding a way to tie the whole story off. It's a bittersweet end, in that regard, as the show was nowhere near done adapting all the books that made up the full Expanse series (although, in fairness, the last three books take place 30-odd years after the first six), but the show had to settle in the end for the ending it could get. And it is quite the ending, delivering a solid six episodes that take The Expanse out on a high note.

Picking up right after the events of season five we find the united forces of Earth and Mars battling against Marcos Inaros and the Belter Free Navy. The Free Navy says that the fight for the whole Belt, even though not everyone in the Belt agrees with their methods. Inaros had been sending one asteroid after another, cloaked by black market Martian tech, at the Earth, and enough had hit before the Earthers had figured out how to destroy them, and the Earth is in ruins.

Unified in the need to take down Inaros, the crew of the Rocinante -- Holden, Naomi, and Amos, joined by Peaches and Bobbie -- fight on the front-lines, trying to find a way to take out Inaros and his ship. Destroying Inaros might not end the war but it could break the Free Navy long enough for cooler heads to prevail. But even if they defeat Inaros and his fleet there are strange brewings on a distant planet, Laconia, that could spell new dangers for the people of our solar system... 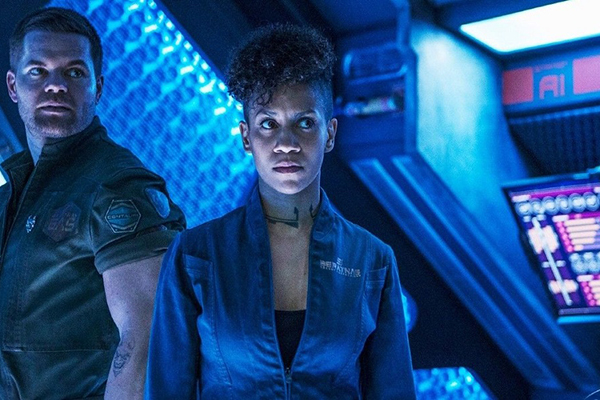 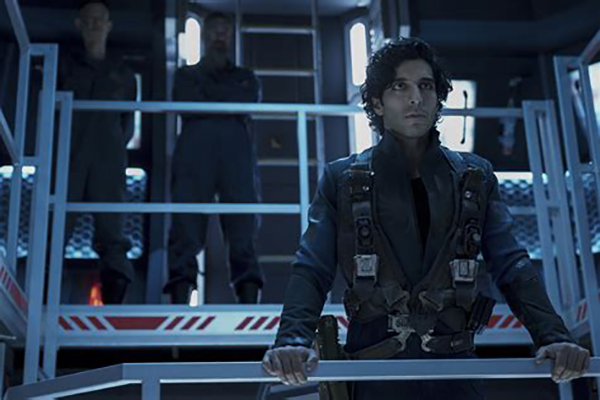 What's worked in previous seasons is still working here in Season 6. Having spent so long together, the cast and crew of The Expanse work like a finely oiled machine. Everything about this season (with few exceptions) fires perfectly and the show moves at a really brisk clip. Anyone hoping that the show was going to continue to blast out, going full bore to the conclusion of the series (well, at least for the next twenty years, give or take) will not be disappointed by how this season plays out.

All that being said, the parts of fifth season that didn't quite work -- namely, Marcos Inaros -- still don't really work here. The issue with Inaros is that he's not really a strong character. He's in a position of being a leader, and he has the whole Belter faction behind him, but the show doesn't really give him any depth. He hasn't had depth now for two seasons, or his appearances before that, and the show doesn't manage to make him interesting even this late in the run. You get the idea of the role he's supposed to play, the charismatic autocrat, but he comes across as a stuffed shirt. It's like the writers didn't know how to make someone like this compelling after all the more complex and interesting antagonists they had on the show.

The show tries to recast the war from the perspective of his son, Filip. Marcos wants Filip to step up, to be "his son"! Bit Filip has just enough of his mother, Naomi in him that he can't quite get behind all the casually cruel things Marcos does. I get what the show was trying for here, but it didn't spend long enough on Filip in the fifth season, and then we watched him betray Naomi time and again, that it's hard to care now. The show wants us to care about his arc of redemption, but it honestly feels like too little too late.

And then there's the situation on Laconia. This section, which played out as a cold open once per episode, feels especially weird. The show is clearly setting up the events that will lead to the plot of season seven, if the show gets one (and considering we'd have to wait twenty years for the actors to age up to that, I think that unlikely), so we get to watch some settlers on the planet, see them interact with weird aliens, and then watch as one of the aliens, clearly with protomolecule tech, starts reviving small animals at the behest of a little girl, all before reviving her dead brother. It's weird, and were it to tie into the main show in some way I'd like it. Instead, right now, it just feels like a promise for a season of TV we won't likely get to see which makes it all too superfluous right now. 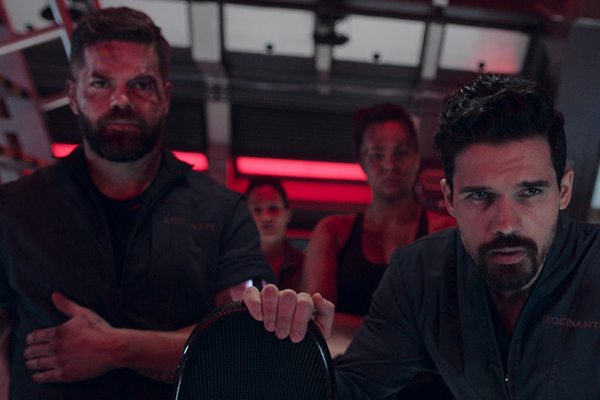 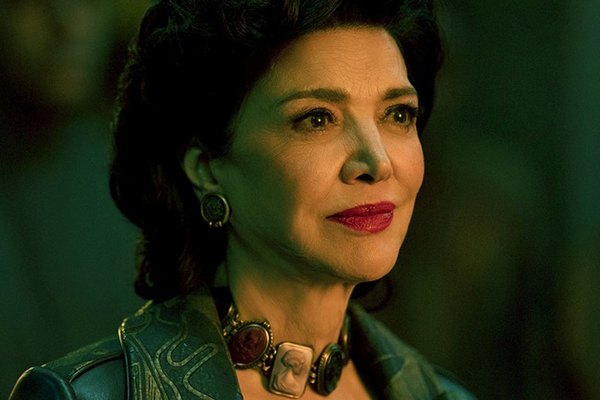 None of this necessarily hurts the season, mind you, in large part because most of the season is focused on characters we like and their continue adventures once again saving the galaxy. These are characters we've come to know and enjoy and it is hard to see them go. However, the show provides plenty of gun fights, space fights, and explosions that we get to follow along, on the edge of our seats, enjoying it all. If there's any real major gripe it's just that fans of the show want more. We would have loved to see this season be ten episodes instead of six, but then we also don't want to see this show end at all. We want it to keep going, but sticking to the source material precludes that right now. Any flaws this season has are outweighed by how great the show is in general, even in this last season.

Should The Expanse return in five, ten, or twenty years I'll be there. It's provided six solid years of stories, a solid and well crafted experience with a more knowing eye towards the realism of space travel. Whatever end we get will be bittersweet regardless, but at least we can say the show went out on a strong note now.