A Split Adventure Across Four Locations

I've raved before about how good The Expanse is (both for its first three seasons and then again after season four), but it really does bear repeating: this is easily the best sci-fi show airing right now. Based on the books by James S. A. Corey (the joint pen name of authors Daniel Abraham and Ty Franck), the show more or less follows the path of the novels, being hailed as an authentic adaptation as well as damn good television. 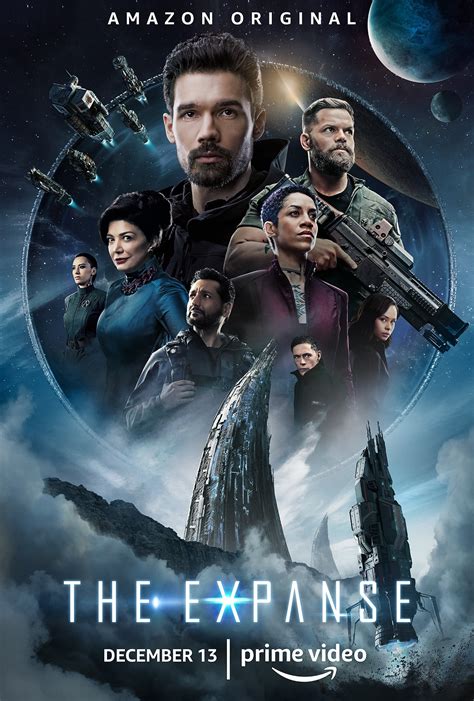 Part of the reason why the show has worked so well in the past, and continues to work here, is because of how invested it is in the characters. Yes, this is a sci-fi epic, but the characters are all grounded. When they have issues its very rarely because of some sci-fi McGuffin (the only real McGuffin in the show is the "protomolecule", a bit of alien tech that kick starts many of the plot lines on the show). The characters live in a "world" that seems as real as ours, and the rules are plainly laid out and understandable. That means that the show has to rely on the characters, and not sci-fi convenience, to get them out of scrapes, but it also keeps the dynamics of the series locked on the characters and not the tech.

That stays true this time around as the crew of the Rocinante -- Steven Strait as James Holden, Cas Anvar as Alex Kamal, Dominique Tipper as Naomi Nagata, and Wes Chatham as Amos Burton -- end up going in four different directions along their own plot lines Naomi finds out about her son, Filip (Jasai Chase Owens), who she learns is still with his father, Marco Inaros (Keon Alexander), a leader of a faction of the Belt who, as we quickly see, is something of a cult leader/terrorist. Alex heads off to Mars to see his family, but gets wrapped up in the adventures of Bobbi Draper (Frankie Adams), who is on the case about the Martian black market and potential weapons being sold to Inaros.

Meanwhile, Amos is on Earth to tie up old family business. He also goes to see his friend, prisoner Clarissa Mao (Nadine Nicole), but while he's at the prison with her an asteroid launched by Inaros crashes down, stranding both of them so they have to find a way back off the planet. And finally there's ship's captain Holden who stays behind at the Belter station as the Rocinante is getting repaired, only to get wrapped up in the hunt for Inaros after the station is attacked and the last protomolecule sample in the solar system is stolen.

As you can see, everything this season is all about Inaros, which makes for a bit of a change of pace from previous season. In the past we watched as the protomolecule infected an asteroid (and parts of a moon), crashed onto Venus, brought forth and alien ship, and then created a "ring gate" that allows access to just about any other planet in the galaxy (via a kind of "fast travel"). Here, though, while the protomolecule is mentioned, and becomes motivation for some character's actions, the plot of the season is much more "down to Earth" if you will. Inaros provides us with a villain to hate as well as the glue that unites all four separate storylines. 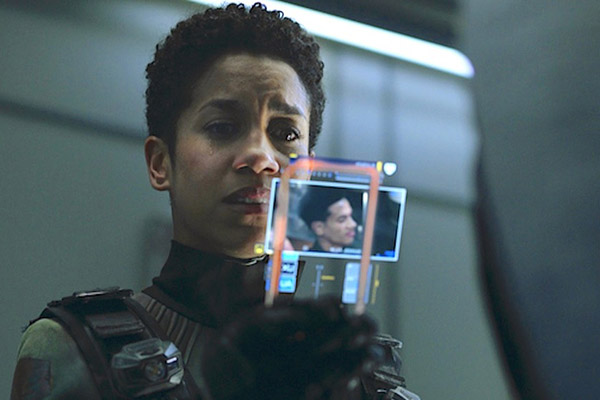 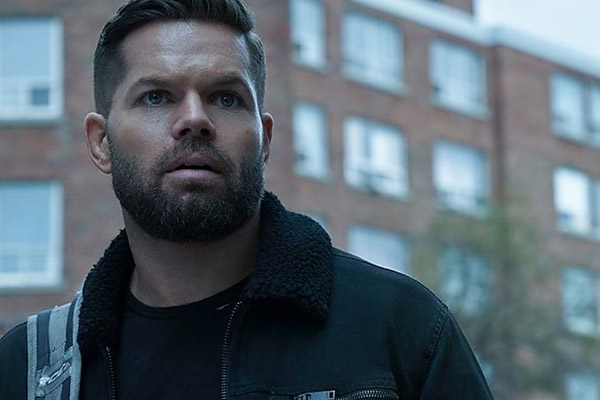 The split focus of the season, with each major character from the Rocinante going off in their own direction, is an interesting way to tell the season but I feel like it also creates a more drawn out, and slow, story than I would have liked. The first season of the show employed a similar storytelling dynamic with a plot line running on Earth (set at the U.N.), Ceres (following detective Joe Miller, played by Thomas Jane), and out in the vast expanse as we slowly met up with the eventual crew of the Rocinante and watched them come together. After that season, though, the next three remained far more focused, with the A-plot of most seasons focused on the Rocinante, whatever else might have been going on.

Here, instead of just two or three major plot lines, now we have four and, for a while, none of them seem to directly tie into each other. This leads to a front half of the season that feels a tad bogged down as we try to figure out what's going on and where the season is going. The pacing improves in the back half, right up through the crackerjack last episode of the season, but it still feels a tad dragged down, like the show is itching to rev its engine but has to follow the structure of the novel and adapt as faithfully as it can.

I do like the overall story of this season, mind you. I like having the kind of villain we do: Inaros. Seeing him do evil things for understandable reasons (at least, understandable up to a point) makes him one of the best villains we're ever had on the show. He's insane, and a murderer, but from a certain angle his pitch makes sense (and is so much stronger than all the scientists that tried to use the protomolecule for evil gain even though they clearly couldn't control it at all). Watching his cat and mouse game with the rest of the solar system really drives this season.

At the same time, though, it feels like this season of the show could have easily been four episodes shorter, condensing a lot of the meat of the season down to keep the pace up. This would have then allows the production team to maybe adapt the next book in line and get through more of the existing stories faster. I say that because, before this season even debuted, word had come down that the show would be ending after season six (it had already been canceled once before, with Amazon PrimeWhile Netflix might be the largest streaming seervice right now, other major contenders have come into the game. One of the biggest, and best funded, is Amazon Prime, the streaming-service add-on packing with free delivery and all kinds of other perks Amazon gives its members. And, with the backing of its corporate parent, this streaming service very well could become the market leader. picking it up after Syfy ditched the show, but this time it feels really final). There are still four books to adapt (including the next, and final, novel that comes out later this year), so you have to wonder how they're going to tie up all that story in just one season. If they'd paced this better, maybe they could have adapted two books now and tried to get more story in next time. 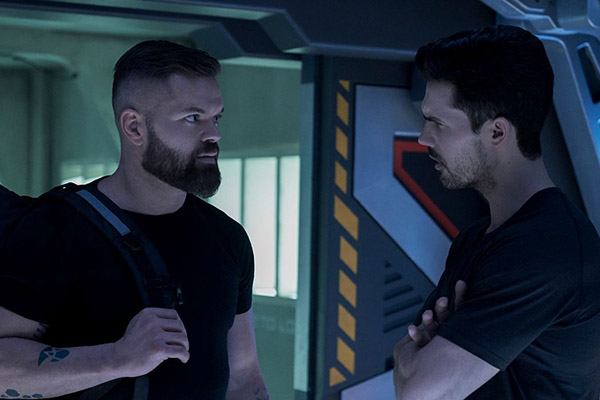 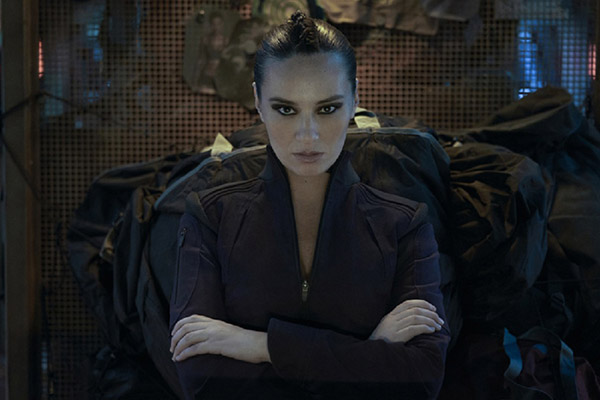 And there's one other change the show was forced to make: due to behind the scenes drama (sexual harassment and assault allegations made against Alex actor Cas Anvar), the production team elected to kill his character off at the end of this season (everyone knew he was being written off, so this doesn't feel like a big spoiler). Alex, though, is in the rest of the novel series so the show is going to have to diverge a fair bit just from this major character death alone. Changes from novel to screen are expected, and I have faith the show can find ways to work around a dead main character and too much story left over, but it does show that this series has some work cut out for it in the future.

Bear in mind this is the first time I've felt like the show was a little too slow, mind you, and even this show running at a slightly slower pace still makes it better than just about anything else out there in the genre. This season was still great, and as I noted the end of the season and fantastic. The major storylines aren't resolved them, and that probably also points to one other weakness of the show: this is a planned middle episode so a lot of setup went into this season but there isn't as much resolution as we'd like. Inaros will be the villain of the next season, and whatever climactic finale the show has planned likely will revolve around him. It weakens this season but could lead to an absolutely amazing final season after this.

If I could have streamed the entire season at once (instead of watching it week to week) maybe I wouldn't have minded the pacing as much (and that is the fault of Amazon and their weird release schedule to be sure). Still, when this show fires it really fires and the momentum of the season does return as the episodes tick by. If you're a fan of this show this season is likely to please you, at least by the end. If you're new, though, go back and start from the beginning of the series; this season is not the best first taste you could get and it'd be a disservice to start the show here with, I would argue, one of the weaker starting halves of its episode run.