A Plethora of Worlds for the Taking

There are a lot of things I should be doing with my time, things I should write and games I should be playing so I can write about them. And yet, this past weekend I dropped everything else I was planning to do so I could sit down and watch through the fourth season of The Expanse. Picked up by Amazon PrimeWhile Netflix might be the largest streaming seervice right now, other major contenders have come into the game. One of the biggest, and best funded, is Amazon Prime, the streaming-service add-on packing with free delivery and all kinds of other perks Amazon gives its members. And, with the backing of its corporate parent, this streaming service very well could become the market leader. after Sy-Fy canceled the series, all the new episodes of the series dropped on Friday and while I had intended to just watch an episode or two before moving on to other stuff, the series once again sucked me back in. 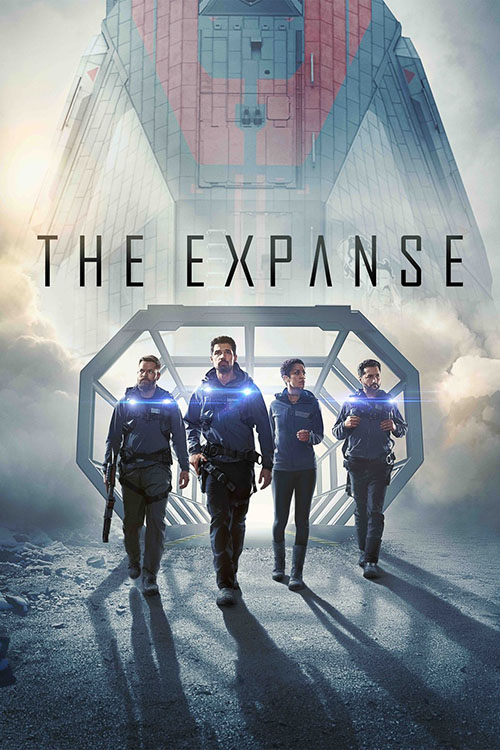 I mean, I know how good this show can be. I raved about it after the third season came to Amazon last year, but it still manages to catch me off guard every time. I'll sit down and binge shows but it's very rare that a show will hook me so thoroughly that I drop everything else I wanted to do, including sleep, because there's "just one more episode" I want to watch. That's happened to me with the last three seasons of the show and it happened again here. If nothing else, it's nice to know that this show's still got it.

When last we checked in on the crew of the Rocinante we'd just witnessed the expansion of the known universe. A gateway that had opened up mid-way into season 3 and which lead into a weird, bluish pocket dimension, and then revealed itself to be a dimensional gateway to other solar systems as well. That's where the season ended, with all those gateways coming up, thousands on new solar systems ripe for colonization. The only problem was that there was no guessing if any of them were safe. The alien tech, the proto-molecule, could still be lurking on any of those worlds, ready to cause havoc for humanity once more. Plus, ancient alien tech could be out there, and who knows if there are any hostile alien species that might want to war with human settlers?

With that in mind, UN Secretary General Chrisjen Avasarala has closed off the gateways to any settlers. Only authorized personal are allowed through the gate until future notice. Of course, before that rule goes into effect, one crew of Belter settlers squeaks through, off towards a new world to find a home after fleeing their destroyed colony on Ganymede (destroyed due to the constant war between Mars and Earth as well as proto-molecule shenanigans). Now, months later, the settlers have new issues to deal with: a Terrans corporate ship has come to the world to claim mining rights. Plus, ancient alien tech exists on the world and someone has to study it to ensure it's not going to cause new problems. That's where the crew of the Rocinante comes in -- as the experts (basically) in proto-molecule they have to explore the world, figure out if the alien tech is dangerous, and deal with it if it is, all while fending off the feud between the Terrans and the Belters.

I have to start by commending the show on treating everything within the series with honest, understandable stakes. Something like the proto-molecule could come across as stupid techno-babble, something raised to sounds cool and create a "villain" but never worth explaining. But over the course of four seasons the show has taken pains to make sure that everything in the universe, from the drive systems to the weapons, the ships, the colonies and, yes, the proto-molecule, makes sense. The show invests in its reality, taking the time to make viewers understand the world so nothing ever feels like so much "techno-babble". No one is going to reverse the polarity of something or suddenly figure out how to reconfigure tech we've never heard of before to find a solution to an alien device we only just learned about. It keeps the show grounded and relatable. 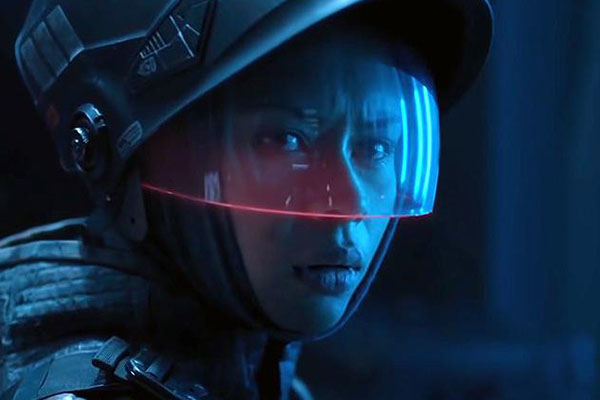 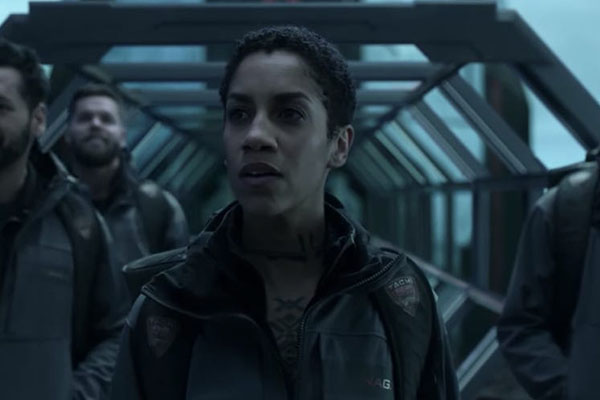 But then, that's how the show has treated everything in the series since the first episode debuted. From the first time you start up the show the series invests in illustrating (without heavy-handed explaining) the conflict between the Terrans, the Martians, and the Belters. While each side can be thought of in simple terms -- the rich Terrans, the militaristic Martians, the poor and angry Belters -- those descriptions don't really do justice to the characters and situations for each of those factions. And the situation is only more complex with the opening of the gates as, now, all three sides are under and uneasy truce as they deal with this new situation and the potential bigger threat.

That's part of what makes the show so interesting, watching these three factions, plus our team of protagonists aboard the Rocinante, deal with everything that's thrown at them, approaching each situation from their perspective based on their past history, their wants, and their desires. There's rarely a simple or flat character on the show as just about everyone is given nuance and color. These are characters written like real people with flaws, sure, but also history and color. Any one of them could be a simple archetype, from the Belters running the station guarding the Gate to the Martians plotting for war even as they talk about peace, but they show puts in the effort to make everyone feel fully realized and detailed. Real people.

Well, except for one. This season introduces a nominal antagonist, Adolphus Murtry (Burn Gorman), the head of security for the Terran corporate faction at New Terra, RCE, and he's a really shithead. From the moment he's introduced he comes across as a greedy, elitist prick and while the show tries to color him by showing the Belter settlers striking the first blow against RCE, that doesn't change that fact that Murtry is one of the few characters on the show without nuance or color. He's a foil, someone set on the planet to act as the polar opposite of the crew of the Rocinante, but that doesn't make him interesting. The Belters, with their guerrilla tactics and open hostility to RCE, manage to come across as nuanced characters, ones we don't always agree with even if we do understand their actions, but Murtry remains a little shit the entire run of episodes.

Better are the other antagonists we meet in other plot lines. Secretary General Avasarala has to deal with election challenger in the form of Nancy Gao, and she's presented as strong and capable, a fighter in the electoral ring who, still, has her qualities you can appreciate. Martian soldier Bobbie Draper also has to deal with her only villains as a corrupt cop blackmails her into a life of crime. And yet this cop, dirty as he may be, is also shown to care about his crew as well as being a loving family man. That's the kind of nuance the show is able to pull off -- layered dealings while, at the same time, creating fully realized, honest characters. 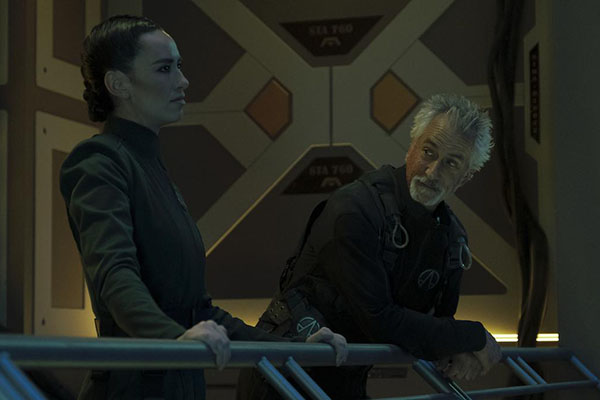 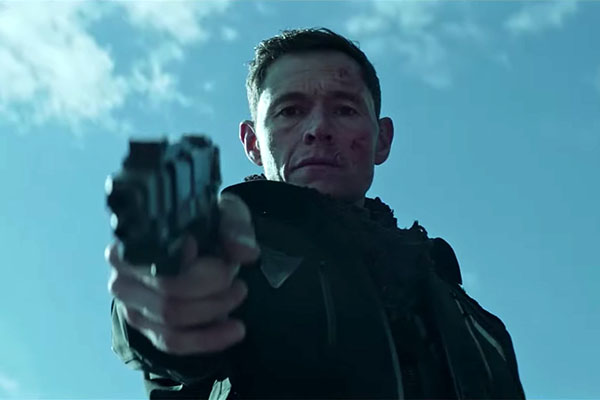 And it's how the show approaches its sci-fi. It takes the time to let us understand concepts, to learn about new problems, to deal with dangerous situations. It doesn't rush but it doesn't over-explain either, walking a fine line so that the pace felt natural. The new planet opened up new storytelling possibilities, and while the old resentments between the Terrans and the Belters were still on display, the season found a way to tell new stories that didn't just retread plot lines. we've seen before. The dangers on New Terra are fresh and fascinating, while the solutions to the alien problems are reasoned out and well-earned. This show doesn't cheat, either on the stories, the characters, or the solutions. It might not be hard sci-fi but it does feel honest and realistic.

By the end of the season the gateways are opened for settlers and more worlds will be available for anyone interested in exploring them. Thus, as the show has done in seasons past it's managed to open up the universe further while also raising the possible stakes and dangers. There's no doubt that new alien threat are waiting out beyond the gates, and it's assured that the crew of the Rocinante will be called in to deal with them. Plus, despite all these new worlds, the old resentments are still festering back in our Solar System, a point made clear with a cliffhanger ending for the season. Whether the series continues past it's fifth season (which it's already been renewed for) there is no doubt that The Expanse will continue to tell it's fascinating story about this future version of humanity with grace and style. The potential for where this show can go based on the setup from this fourth season ensures I'll be tuning in again next year with the fifth season debuts.

And I'll probably end up devouring all of it instead of doing all the other things I meant to do. It's just that good.