A Good Cop in a Dirty World

I've thought about talking about the Amazon PrimeWhile Netflix might be the largest streaming seervice right now, other major contenders have come into the game. One of the biggest, and best funded, is Amazon Prime, the streaming-service add-on packing with free delivery and all kinds of other perks Amazon gives its members. And, with the backing of its corporate parent, this streaming service very well could become the market leader. series Bosch for a while now. Based on the series of novels from Michael Connelly about his character, Detective (and then retired detective) Bosch (played by Titus Welliver on the show), the series had run for seven seasons and I've watch all of them largely because there were there. It's not that I hated the show -- it's a decent, long form, cop procedural -- I've just never thought to talk about it before. The show just... is in my brain. 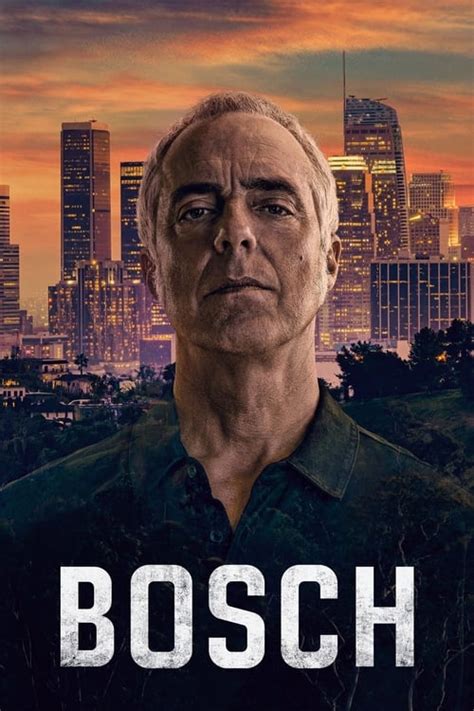 The thing about the show is that it's just a perfectly acceptable show. There's nothing that really stands out as great about the series -- decent performances, consistently decent writing, fair-to-average mysteries -- but it's also not terrible. Although I don't tend to think of myself that watches police procedurals regular, I have to admit we've covered a fair share of them on this site, and we've seen some pretty terrible ones (see L.A.'s Finest). Bosch is nowhere near that bad, it just kind of exists.

I found the show on Amazon Prime around its fourth season, and the only reason I bothered watching it at all was because I'd read one book from Connelly's series when I was on a vacation and it was literally the only acceptable book in the place I was staying (the rest being romance novels and trash pulp books). Like the series, the book was decent but not so interesting that i felt the need to write about it. Hell, the only reason I even bothered reading that particular one (as the one "worthy book" in the lot) was because the main character is named "Bosch" and I, having an art degree, was drawn to that name. That barely there interest transfered from book to show and I ended up watching all of the series simply because it was there.

That's actually an issue with the kinds of fare Amazon publishes on their streaming service. There other streamers work for genre fare, or look to create "prestige" T.V., but it seems like most of what Amazon puts out is workmanlike fare they can use, coupled with the free delivery from their included Prime service, such that people don't abandon the streamer. None of what's on the streaming service is all that great (not since they canceled The Tick). Most of it is like Bosch: stuff I watch because I have time to kill and it's all just decent enough that I don't get bored and turn it off.

How do you review something that doesn't stand out? After seven seasons of the show I'd hope to have something to say about the series more than a loquacious "shrug", but that's the most this series elicits out of me. The show sets its cop, Bosch, up as the kind of character that has a strong moral compass but doesn't always feel the need to play by the rules to get things done. He's a little dirty, but always for the greater good, and if he has to break the rules and get his hands dirty, at least it's to "make the world better". At least, that's how he sees it. 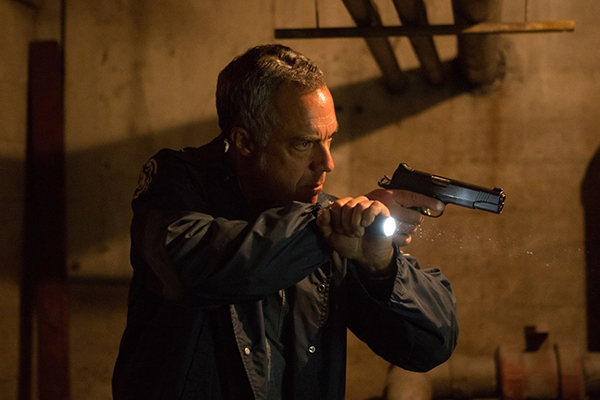 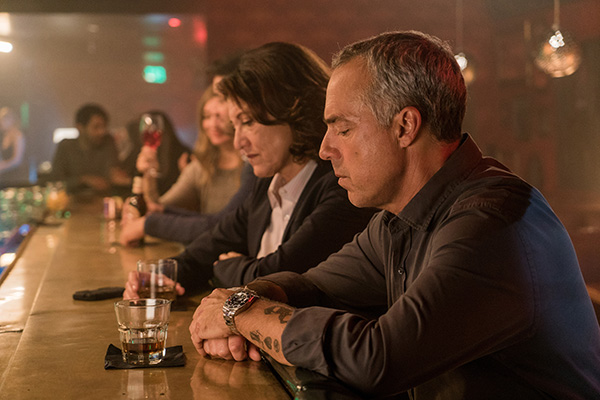 That should make for an interesting character, and lead to an interesting show. Issue is that the character we're told about, the one that is regularly under investigation from Internal Affairs, who has a rep as a loose cannon that will go out, lone wolf, and do illegal things for the "right reason", that isn't the character we're actually shown. He's always a step or two away from that line, always a little softer than his rep would imply, so there's this tonal dissonance from the who the show wants Bosch to be and how the character acts.

I think the show would be much more interesting if the series would have committed to Bosch being more of a bad guy. In this regard I think of The Shield, a show about a bunch of bad cops that do bad things for bad reasons. In the fourth season of that show, though, they got a new Captain who essentially turned their lawless ways towards a "noble" direction, and for that one season the show found energy and purpose. Bosch needed to be like that one season of The Shield, but the character is too much of a boy scout on the series to get that level of dirt on him.

When the show has something to do with them the characters around Bosch tend to be more interesting than the main character himself. His daughter, Maddie (Madison Lintz), has at times been inserted into some of the plots, sometimes working as an assistant to defense attorney Honey Chandler (Mimi Rogers), and sometimes that's led to the character acting as an interesting counter-point to her dad. His partner, Jerry Edgar (Jamie Hector), has part of an interesting storyline this season, dealing with a man he killed last season (a death ruled a "good shoot" even though it was totally premeditated). Problem is, with both of these characters, there are interesting setups for their stories on the show but then... nothing comes of it. In the case of Jerry, he's struggling with what he did for half a season and then he just gets over it. That's it.

One character that gets a good storyline this season is Lt. Grace Billets (Amy Aquino) as she deals with a couple of "incel" cops on the force. This storyline actually lets the show comment on the whole "bad apples" argument about cops and illustrates how corrupt the institution can be. It's an interesting angle that is reflected by stories in the real world of cops trying to report bad behavior of their fellow officers and getting punished for it. This plot line, in fact, was more interesting that the main story of season seven (a tale of gangs, drugs, and violence at an apartment complex). 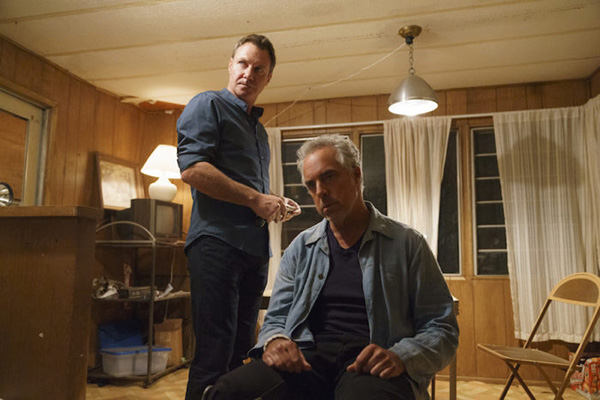 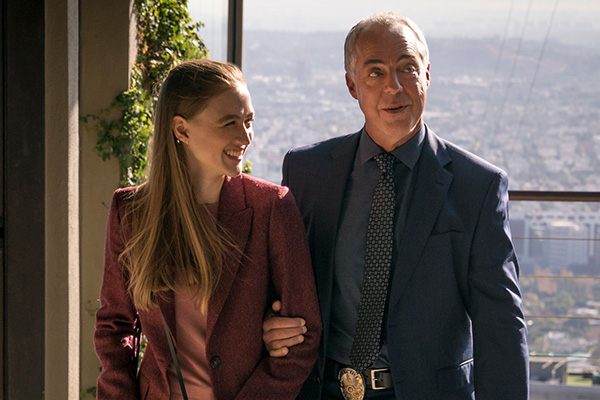 I think that's another issue I have with the show: the main stories just don't hook me. In some other series I'd be able to tell you what the main arc was for each season, but even now, only a few days from watching all of season seven, I can't tell you the salient details of the season's main story. I can still recite the big bads and their motivates from Buffy and I haven't watched that series in over a decade. Bosch, though, I can't even recite this season's story, let alone the previous six stories, either. That's not great, guys.

Thing is... I rather liked the ambiance of the show. It's populated by interesting (if under utilized) characters, and the lead, when they let him get dirty, has some darkness in him that can be compelling. The show technically ended but it's getting a direct spin-off as Bosch goes from Detective to retired police (and acting P.I.), now working alongside his daughter for Honey Chandler. They're calling it a different show but I'm sure it's going to have the same feel as Bosch. And I'll still probably end up watching it because there really isn't that much else worth seeing on Amazon Prime. I just hope that, with the change of central venue and a shake-up of characters, they can finally give the show a bit of strength and perspective. The show has solid bones, the creators still need to find a way to make it truly compelling.