A Rather Sudden End

It's been a while since we last checked in with Europe's youngest super-spy-assassin, Hanna (a year-and-a-half since season two came out), and I'll be honest: the time in between hasn't been good for the series. When the series started it felt like a kind of The Bourne Identity but with a young girl in the lead instead of a grizzled Matt Damon. I dug that at the time, especially during the show's first season. The longer the show went on, though, and then the longer I was away from the show, I had to wonder, "do I really care anymore?" 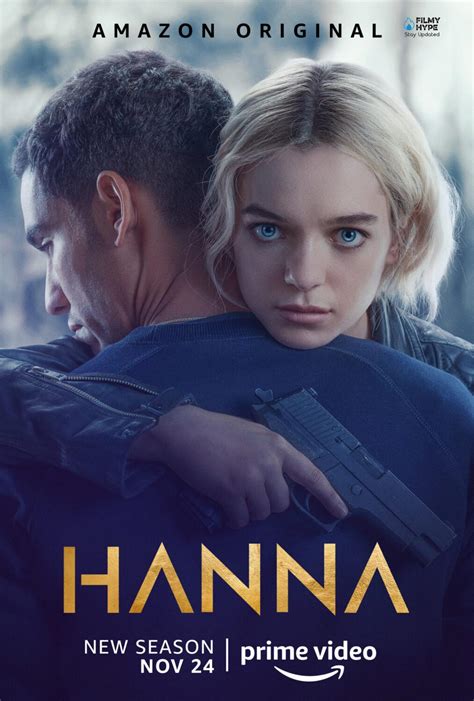 That's a problem that the third season of Hanna has to tackle and, if I'm completely honest, the show fails on that front. The character of Hanna (still played by Esme Creed-Miles) needs someone to ground her, to make her interesting as more than just a killer assassin. While Hanna is great as an assassin there's no depth to her character; she runs, she fights, she kills, and that's all there is. She needs more, someone that she can care about, that can ground her, to make the character click. She had her father (and then a young friend she made) in the first season, and then she had Clara (another genetically engineered killer) in the second season. Those characters are gone, though and there's a void at the center of the series to make us care about the lead character.

Looking at the Jason Bourne films, they had the same issue. Bourne was at his most interesting in the first film when he had Marie to ground him and help make him human. The second they killed off his love they also reduced him down to a grunting killing-machine and Bourne became drastically less interesting. Hanna has the same issue and it's pretty prominent in the third season because the show struggles to fill that void.

This third season does have a couple of people that are supposed to ground Hanna but, frankly, they don't do such a great job of it. The season follows Hanna has she returns to UTRAX now as an agent to tear the whole program down. She learns that there's someone overseeing UTRAX, a "Chairman" (Ray Liotta) in charge. Once she learns this she, along with her "handler" Marissa (Mireille Enos), try to find a way to thwart the program at every turn. They start foiling the kill missions that UTRAX is sending its teenage killers on, having Hanna save each of the targets (when she can) to stop UTRAX's evil plans.

That's how we get introduced to Abbas Nasir (Adam Bessa), a radical that gives big speeches around France about the "injustice of the system". UTRAX wants him (and people like Abbas) dead to help solidify the world powers and keep the status quo going. Hanna, though, meets Abbas and instantly falls for him. She fakes his death, works to keep him safe, and, on the side, starts up a relationship with the boy. However, once UTRAX figures out what's going on, not only with Abbas but with all their missions, it paints a target on Hanna and everyone around her. 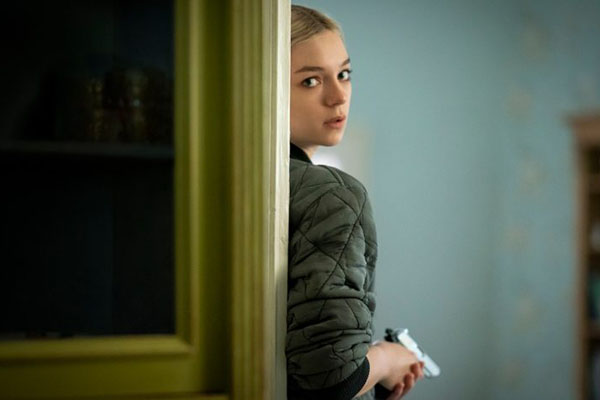 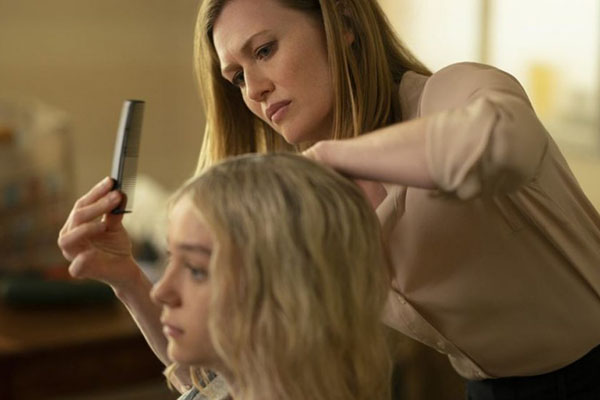 In theory Abbas should act for Hanna like Marie did for Jason Bourne. He's a love interest, a real person outside her orbit that is inextricably drawn in and can't escape. Forces have shoved them together and now, to keep him alive, Hanna has to do whatever it takes to stop the program. That's a good idea in concept, cribbed right from the Bourne series. In practice, though, there's just no spark in the story. I give credit to Creed-Miles and Bessa as the two actors do try to sell the material, but there's a missing component of the chemistry, a natural evolution of their relationship that is missing here to sell the story.

Think back to The Bourne Identity where, in that film, we learn about Jason as a person, watch him bond with Marie and slowly try to figure out his life before the super-spy stuff happens. Then, the protection mission of Marie works because he's bonded to her and we're bonded to both of them. The dynamic on Hanna is different. The show has already built her up to be a super-spy, otherworldly in a way, and it's hard for Creed-Miles to sell a version of that character that can also love and care and be human. There's too much past, too much baggage, and the character (and story) simply can't get over that hump.

Not that it spends enough time with the characters to really make that happen. Hanna and Abbas spend maybe four scenes together before they basically fall in love and that's simply too rushed a time for someone with Hanna's walls to come down so thoroughly. The story fails to sell it so whatever the actors can do is rushed and stilted because of it. If the show really wanted to develop this story and carry it out properly it needed to spend a season on Abbas building him up so we could watch Hanna slowly infiltrate his life before the shit, as they say, hits the fan.

The show also really wants us to feel like Hanna and Marissa have some special bond. The show wants Hanna to treat Marissa like some kind of surrogate mother but, again, the storytelling here is rushed. Up until nearly the end of last season Marissa was chasing Hanna around the globe, trying to kill her. Suddenly, in the off-season, they've become grand allies and surrogate family to each other? I get them aligning their causes to take down a bigger fish, that works, but nothing else here functions properly. The characterizations feel forced. 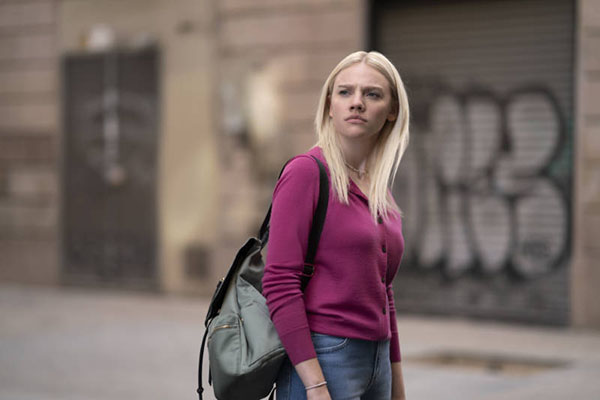 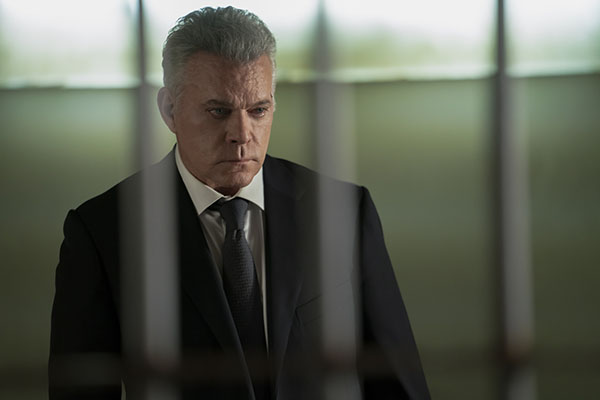 Meanwhile, the one I feel truly bad for is Ray Liotta because the show completely squanders him. The Chairman has to feel like a villain, a man behind the scenes that's been controlling everything and has his "teen girl squad" of assassins ready to do his bidding. The series, though, just drops the Chairman in as a bad guy early in this season and we're just supposed to accept that he's the big bad because we're told he is. Once again the series fails to but in the long leg-work to really make this character a true threat.

To make us care about the Chairman in some capacity it ties him into Marissa's back-story. Apparently he was her father, and quite an abusive father at that. I get what the show is going for here, showing the seeds of what would become UTRAX as he raised his daughter and tortured her to make her a tough and ruthless killer. That might have actually stuck if we cared about Marissa at all but, again, we spent two seasons hating her and wanting her dead. Suddenly knowing she had a bad childhood doesn't change out distrust for the woman or make us care about her more. That damage has already been done.

That's not to say these threads couldn't have worked in the right context, more that this season didn't put the legwork in. Instead it rushes and rushes to get all its story out and tied up before the series ends. For whatever reason (maybe Amazon wanted to finish the show quickly, or perhaps the writers simply ran out of ideas as the show came to an end) this third season is also its finale and, to wrap it all up, the producers made a truncated, six-episode final run. It's incredibly abrupt, starting fast, going too quickly, and then suddenly ending at a point where you actually expect Hanna's next chapter to begin. Again I don't know why the show was done this way but it feels like the wrong way to handle it.

This third season is fine, a perfectly serviceable bit of super-spy shtick. Considering where the series started them, and how good the last two seasons were, not only for the world building but when handling its characters and its adventures, its hard to look at this third season as anything other than a let down. It's watchable in the moment but by the time the credits roll for the last time you're left with the feeling that it was all so hollow. "That's it? That's all we get?" Sadly, the answer is yes, and Hanna really deserved more.