Kefka Isn't the Only Monster

I'm going to have to admit something and it's likely going to piss off a lot of fans of the Final Fantasy series: I really don't care at all for Final Fantasy VI. I have spent the last couple of months (basically ever since I finished Final Fantasy V) trying to get through the sixth mainline entry in the series, an I have to admit to myself at this point it's just not going to happen. I don't like this game. 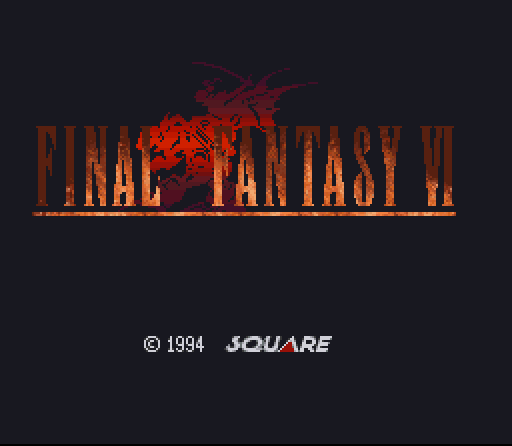 It's actually shocking to me to admit this because, so far, I've managed to find things to care about in each of the first five entries of the game series. Not all of them have been perfect (looking at you Final Fantasy II) but, in general, there's always been something I could at least appreciate about what the games were doing, some thread I could latch onto so I could make it into the endgame and finish out the title.

That wasn't the case with Final Fantasy VI. I know there are a lot of fans of this game (I'd bet fandom is pretty split on whether this title or the next, Final Fantasy VII is the best game in the series) but going into it I just couldn't find what they liked. This game, in my eyes, is a mess, trying to do a lot but not really accomplishing anything, with a story that frankly doesn't have a hook to it at all. It just meanders for a whole chunk of hours, leading up to an inevitable "twist" (that everyone should know at this point), and then the game just keeps plodding afterwards.

I'm sure a lot of my struggles with the game come from the fact that I've come to it so late. I you were a fan of the series in the U.S. you only technically had the first, fourth, and then this sixth game in the series, so seeing the slow and steady progression of all six titles, the evolution and exploration there of, would have been different from Japanese fans. In the West, with only three titles, I bet this game felt revelatory after the wait from our second (the official fourth) title. For me, though, this is the seventh mainline entry I've played and I can't help but compare this title to the fifth game, the seventh game, and the far superior Chrono Trigger. It pales by comparison to all that.

I do find the ideas of the relics interesting on their own, the ability to say that this person can do this, or they'll be protected by this, or gain this advantage. Unlike in the other two games (before and after this title), though, there's no long-term advantage to giving a character a relic; they don't learn how to use it better, or gain latent skills and powers over time the longer they have it on. If you put the Dragoon Boots on Terra (the game's nominal heroine) for half the game and then take them off her, it's like she never had them on at all. That feels weird considering that in the previous game if you made someone a Dragoon for half the game, they'd carry the remnants of it with them for the rest of the adventure.

The magic feels even weirder to me, though. Characters equip their magicite and then they can (a) summon a beast once in combat and (b) learn spells over time they can also use. Good so far, and not that different from, say, Final Fantasy VII with the added bonus the summons are combined in with spells. What loses me here is that the magicites don't feel at all organized. It's a hodgepodge of spells that overlap with each other, making many of the crystals redundant and pointless. For the time I spent in the game I ended up using just a few of the larger selection of magicite available and didn't feel much need to try other options.

That same issue came up for me with the characters. The game provides a large selection of characters (up to 14 selectable characters, plus a few temporary ones) each of whom has their own special abilities. Locke, for example, is the Thief and he can steal from monsters, Mog is kind of a Dancer/Bard, Gogo is the Mimic, Terra and Celes are the Mages, Sabin's the Monk, Gau's the Blue Mage, and so on. Many of the characters easily fit into the classic classes of the game, and while you do often have to use a few forced warriors, you also get to choose who to use when for large portions of the game.

Some may like this variety but, as with the magic, I ended up finding that a lot of the characters were worthless to me. I ended up gravitating to a few select characters and sitting on them for huge swaths of the game, preferring their strengths and powers over the rest of the large party. And considering someone of them had really strange special abilities (Setzer's slot machine mechanic, for example, might be powerful if you hit it right but I never wanted to try) I often tired of trying to experiment with them. Better if I just went with my heavy hitters and ignored anyone that required finesse.

All of that could have been fine (not great, just fine) if the story hooked me in at all, but after five games before this (and one after) it felt like this game was just doing things I'd already seen before. This is another story of an Evil Emperor trying to conquer the world, with a sadistic lieutenant by his side, while a plucky band of heroes unite together over time to try and stop his plans while they themselves grow in strength and abilities. It's like Final Fantasy II mashed with Final Fantasy IV for story, then combined with a veneer of Final Fantasy V's mechanics. It just didn't work for me.

I know some of you are going to say, "but Kefka!" And sure, Kefka has a lot going for him: a cool theme song, a lack of empathy, the fact that he eventually wins and succeeds in destroying the world (the only villain, so far, to win in the series). But Kefka is barely in a lot of the game, a sometimes referenced but hardly glimpsed villain. He's not a present as Golbez, or as wickedly cool as Gilgamesh (and his song isn't as good either). I wanted to like Kefka, knew he could end up being interesting, but the game never gave me a chance to get invested in him. Instead it was about the plight of a bunch of beasts (the summon monsters) that basically die right as we get to them, over and over, so we never get a chance to bond with them. And because all the main heroes are basically interchangeable there's a lot of time where it feels like we aren't bonding with those heroes either.

Just start to finish this game feels like a mess to me. It reminds me, in a way, of Chrono Cross, another very messy game. It's very pretty, it has great music, and it tries to do a lot. Between the big host of characters, the interchangeable abilities that don't really seem to further any kind of growth, and the messy story that goes in a bunch of directions at once, none of it really amounts to a whole. It's a game (like Cross) that I wanted to like, but it simply pales in comparison to anything else I've played so far from the Square-EnixFormed from the unification of Squaresoft (home studio of Final Fantasy) and Enix (creators of Dragon Quest) this combined company is the largest game studios in the world. From action to adventure titles and, of course, JRPGs, Square Enix has become one of the biggest names in gaming. catalogue.

That's not to say anyone else is wrong for liking this game. Maybe you played Final Fantasy VI when it originally was released in the U.S. as "Final Fantasy III". Perhaps you did your own dive of the SqEnix catalogue and you went in a proper order, getting to this after Final Fantasy V (but before part seven or Chrono Trigger, an SNES game that came out two years later) and liked the story here better (admittedly the story of FF5 is its weakest point). You could have any number of reasons for rating this higher than I did, and that's fine. Just, for my time and my money, I'd rather play through part five, or part seven, or, naturally, the fantastic Chrono Trigger than ever go back and experience Final Fantasy VI. This just isn't the RPG for me.