Those Fish Were Totally Killer, Brah!

Okay, we've suffered through a few truly wretched movies this season -- when the series called the season "The Gauntlet" that clearly wasn't just a boast. I wouldn't go so far as the say this is the worst batch of movies Mystery Science Theater 3000First aired on the independent TV network KTMA, Mystery Science Theater 3000 grew in popularity when it moved to Comedy Central. Spoofing bad movies, the gang on the show watch the flicks and make jokes about them, entertaining its audience with the same kind of shtick many movies watchers provided on their own (just usually not as funny as the MST3K guys could provide). It became an indelible part of the entertainment landscape from there, and lives on today on Netflix. has ever covered as the show has gone over a lot of truly terrible movies. It is a pretty dire batch, certainly. 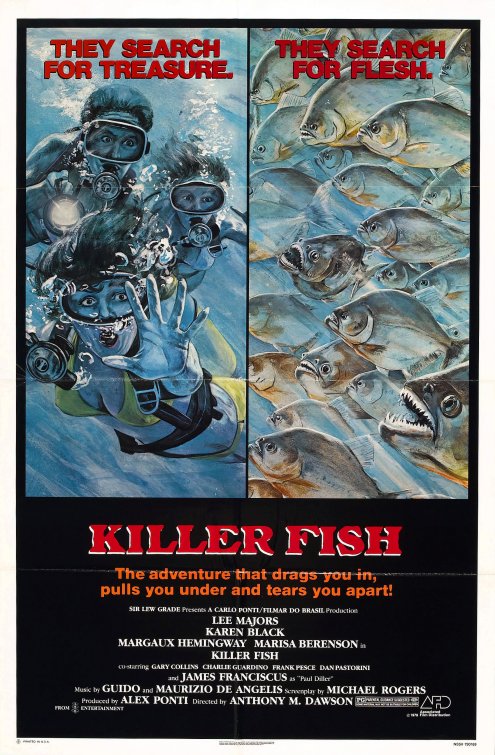 I want to report that this week's entry, Killer Fish; it is, certainly, better than The Day Time Ended or Lords of the Deep, but only by a matter of degrees. It's competently made, but that's really about the best thing that can be said for Killer Fish, all things considered.

The film opens with a jewel heist on an island off the coast of Brazil. An elite team of robbers pulls a snatch-and-grab out of a heavily armed facility, then hide the jewels off the coast, sunk deep in the water where no one could find it -- this allows them to head back to their hotel and act like nothing had happened, waiting out the wrath of the authorities. However, before the crew can go back and get their ill-gotten gains, the waters become infested with ravenous piranha. Two of the crew quickly get eaten, and before too long it's every man (or woman) for themselves as they all try to get the jewels without getting dead.

Released during the height of the "deadly fish" boom touched off by Jaws, this movie tries to give us yet another beast we can worry about in the water. Of course, this film already had plenty of competition, not just from the most famous series of shark movies, but also from films like Piranha -- this film wasn't even able to corner the market on its specific deadly animal. Up against competition like that, the film would have to deliver some pretty good gore, or scares, or anything to be able to get us to care about the events of the film. Clearly, since this is an episode of MST3K, it's not able to do any of that.

When the film works it's all because of the natural charisma of the lead, everyone's favorite Six Million Dollar Man: Lee Majors. I wouldn't say Majors was slumming it for this movie as he never really had a huge career outside of TV. Sure, he's appeared in a ton of movies in his long career, but none of them were ever more famous than his bionic character or his follow-up series, The Fall Guy. Majors is a TV actor who has just enough star power to elevate really terrible D-grade movies to a decent C-grade at best. He does his damnedest with this film, but there's only so much to work with in Killer Fish.

The big issue with the movie is that it's simply not scary. After the first couple of people go in the water and get eaten you'd think the characters would say, "you know what? Maybe we'll wait out the piranha a few days, see if they move on or die off or whatever. Clearly going in the water isn't working." Instead, they repeatedly put themselves in the water only to get bitten, gnawed on, and scared off, over and over. There's no tension to be had when the characters could clearly hang out on land and just wait and, instead, do anything other than that. The characters are dumb and you simply don't care if they live or not.

The film also isn't gory enough for the subject its covering. People go in the water and then come out after the piranhas have bitten them, but you don't see anything more than red welts and some splashed on fake blood. They don't look like they were eaten, just given some rather aggressive hickies. It's neither convincing nor scary, which I guess makes it the perfect kind of all-audiences movie MST3K can cover. While that's great for this TV series it certainly doesn't make the movie any better to watch. 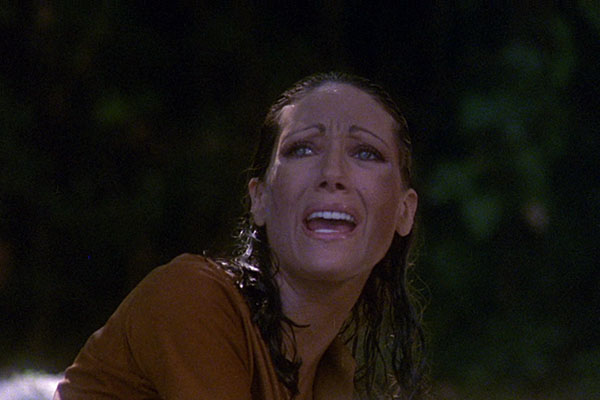 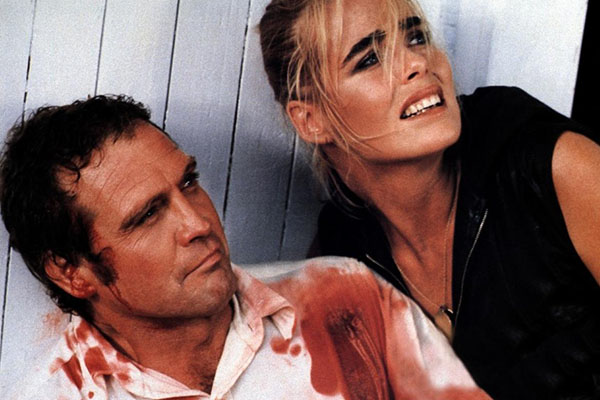 The story tries to pick things up by layering on double- and triple-crosses almost from the first act, but none of it lands with any impact. Because the back-biting happens almost instantly you never really care about any of it. You have to learn about characters, come to care about them as a collective unit, before you care if any of them screw over the rest. The best heist films (a genre this film wants to fit into) feature long elaborate cons before we get to the inevitable double-crosses. If you start with that, none of it ever really matters.

Of course, to be able to make a movie like this -- either horror or heist -- work you need a better caliber of actors than we get. Lee Majors is, honestly, the best of the set. Karen Black, a famous B-movie actress, has the second leading role in this movie, but her character is unmemorable and Black does little to elevate the role. Note, she's the best of the set, with everyone else just filling time until the fish show back up. I'm not going to try and say that a better cast would have made this movie watchable -- it would still likely be total garbage -- but it certainly couldn't have hurt.

In the end, even though this film is slightly better than some of the other cinematic travesties we've watched this season, it's still not good. At all. I had to think the producers, after watching this film, seriously considered just shoving the reels in a closet and pretending it never existed. No one that watched this film after it was made could have wanted to sign their names to it, could they?

As with any terrible movie in this series, though, the MST3K guys are here to make it palatable. It's weird to think, but this movie -- competently made as it was -- actually needed Jonah and the bots more than some of the other films. At least a truly terrible film can get by a little on the weird curiosity a viewer feels, that sense of "just how bad can this really get". An unspectacular, basically mediocre movie, though, doesn't get that same benefit. It's needs a crew of people making fun of it to carry the day.

Certainly the best skit of the movie doesn't happen out on the ship. No, this time, in a particularly boring underwater sequence in Killer Fish all the rest of the bots join Jonah, Crow, and Tom in the theater for a long musical number. This sequence is great, not the least of which is because there's no actual music in the scene, just dead quiet water that goes on and on, so something had to be done. Writing a whole song and dance for the scene was exactly what this sequence needed, and it's all the better than it's a different kind of skit from what we're used to on the show.

As a movie, Killer Fish is ass. It's not bad enough to come back around to some weird, existential version of "good"; it's just boring and sad. As an episode of MST3K, though, it's fantastic. Killer Fish is easily the best episode of the season yet, a fantastic high point to lead us into the final episode of "The Gauntlet".