Face to Face with the New Guy

After the fourth series of the relaunched Doctor Who (and the third under David Tennant's tenure), it was announced that the actor would leave the role. The plan was for one more year as the Doctor doing a series of specials (and not a full season of the show), bringing his total time as the lead character up to a respectable four years. And then it was announced that the first of the specials would be "The Next Doctor". That's quite a statement for the show. 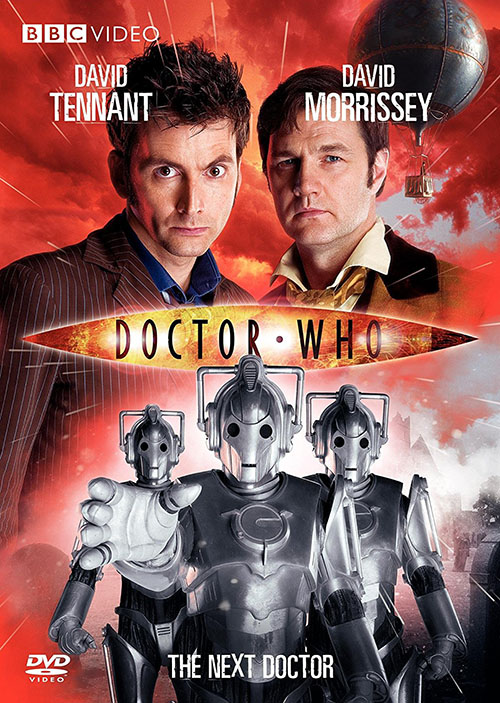 Thing was, that whole setup was a bait and switch. While the title of the episode was, in fact, correct, the intent of the episode was anything but. David Morrissey stepped into the role of the supposed "Next Doctor", but in reality the character he played was just a man who thought he was the Doctor. It was the start of a series of longer episodes for the year that each hinted in some way that Tennant's Tenths Doctor was about to die and, each time, failed to (right up until he finally did). So, as I said, bait and switch.

When this episode came out I will admit I was greatly annoyed at this "oh, look, it's the next guy... psych!" attitude. Going back now and re-watching the special, though, I did find that I enjoyed it a whole lot more since I knew what the trick of the episode was and what was actually going on. The bait and switch of it in the moment was annoying, but underneath that conceit was an episode of the show that was actually a lot of fun to watch. I just wish the producers at the time hadn't made it more than it was.

In the special, Tennant's Tenth Doctor lands in London during the time of the Industrial Revolution, right around Christmas time for the year. Almost immediately he gets swept up as a woman, Rosita (Velile Tshabalala), comes running past calling for the "Doctor". Thinking she's asking for his help, Tenth comes to assist only to learn there's someone else calling themselves "the Doctor" (David Morrissey) there to lend aid. Tenth thinks it might be his future regeneration but starts to have his doubts as the other "Doctor" lacks any memory of his past selves while other things he talks about -- his "sonic screwdriver", his "TARDIS" -- aren't quite right at all.

This other "Doctor" is on a case of murder and mayhem, all stemming from the apparent death of one Jackson Lake. The string of murders and disappearances the "Doctor" is following all leads to a group of Cybermen that landed in London not long before and have been preparing to crown a "Cyberking" and take over the world. Tenth quickly surmises the truth, not only about who the "Doctor" is (hint, it's related to the murders) as well as how they're tied up with the Cybermen, and this realization will quickly unlock the memories of the "Doctor" and set both men on a quest to save London itself. 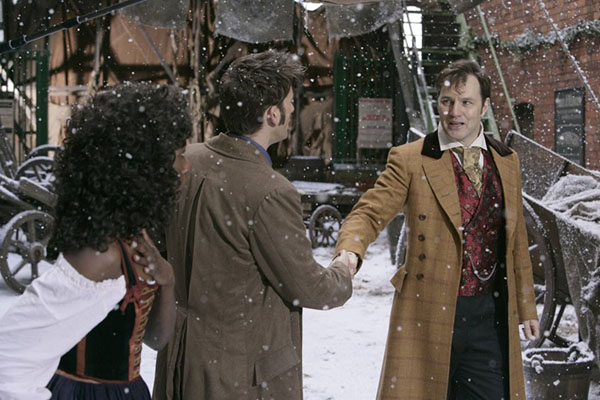 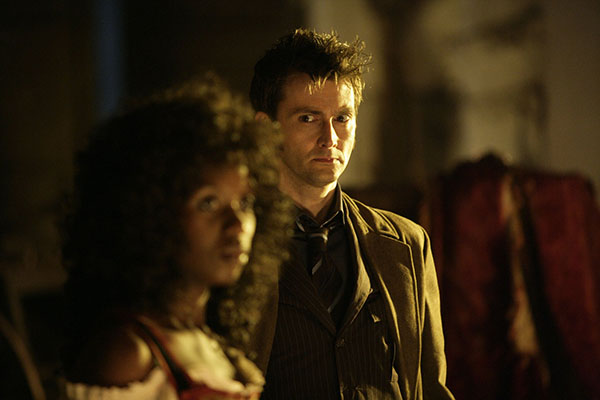 There's a lot to like in this episode, although "The Next Doctor" isn't without it's flaws. The biggest flaw is, as is usually the case for the Russel T. Davies era, a need to go big in the last act creating a story too big, and just a little too silly, to sustain the jovial vibe and good will built up over the rest of the tale. Davies always seems to be on a quest to one-up his previous tales, with each ending more bombastic than the last, and this tale is no different. leading up to the climax we have a great, character driven drama with heart, and then that's all cast aside for explosions and bombast and CGI. It's a little sad, but par for the course for this era of Doctor Who.

If you can get past that late episode stumble, though, much of this special is impressively watchable. The early going, as Tennant's Doctor meets Morrissey's "Doctor", playing dumb around a potential future version of himself without any memories, is a delight to watch. There's joy and humor and fun as the Doctor has a meeting of the minds, of a sort, with someone he thinks is his future, and Tennant has a ball playing this side of his character. Up until this episode he hadn't really had a chance to play off other Doctors (real or imagined), outside of a Children in Need short featuring the Fifth Doctor, and you get the sense that Tennant really would have had a trip being able to do one of the multi-doctor crossovers during his tenure (he did eventually get one with Matt Smith's Eleventh Doctor, as we'll eventually discuss).

The murder mystery angle is also well played. This is the kind of tale where all the clues are there, with plenty of hunting about what's going on, such that when everything is finally explained it doesn't feel like a cheat. Yes, this "Doctor" isn't really a true future Doctor but that doesn't invalidate the character or his arc at all. In fact, the mystery is built such that his own personal revelations are tied into the case, making for a satisfying conclusion to both arcs at the same time. It's really solid writing.

Even the Cyberman are put to good use here. Davies really liked bringing back classic villains of the old Doctor Who era, reintroducing them and rebooting them for this relaunched show, but it didn't always feel like he did justice to the villains when they were used. Really, they were overused but under-utilized in their own stories, leading to fatigue of characters without much to show for it. The Cybermen here, though, are used sparingly, and chillingly, right up until the climax when the show goes all in on everything and just puts in too much. This is, honestly, one of the better Cybermen stories (right up until it isn't). 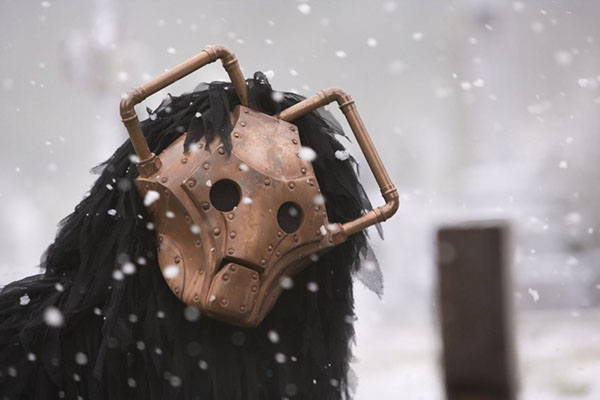 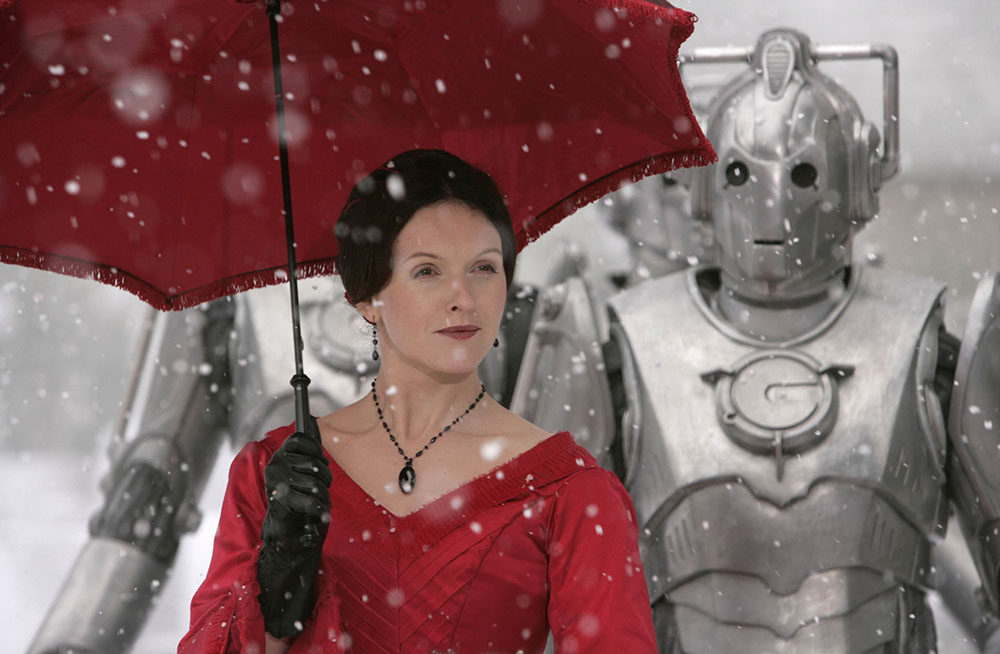 Really, this is about 50 minutes of really solid television followed by ten or so minutes that isn't very good at all. It's like a microcosm of the whole of the Davies era just distilled down: a lot of really good bits but then really bad conclusions that almost ruin all that came before. Of the four specials of this era this is easily the best of the lot but it has all the indicative flaws of the era it was released. It's still the most watchable of these four specials, though, and a story that's worth going back to again and again as you do binges through the whole series.